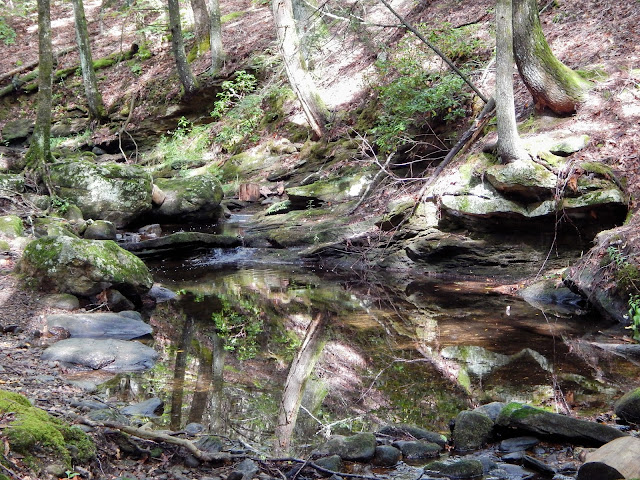 On one of those cool mornings we experienced last week I found myself checking a couple of small streams. With the tough summer here in the northeast I was not certain what I would find. Both of the streams hold good populations of brook trout and in the past they have given up a few surprises. While walking in to the first stream I was happy to see water flowing and in some locations deep pools. The stream is in deep forest with plenty of hemlocks and hardwoods which help to keep its waters cool, on this day they were 62 degrees. The fly chosen first was a dry. It soon brought a fish to the surface, several as a matter of fact but not a hookup. These brookies were small but spunky. 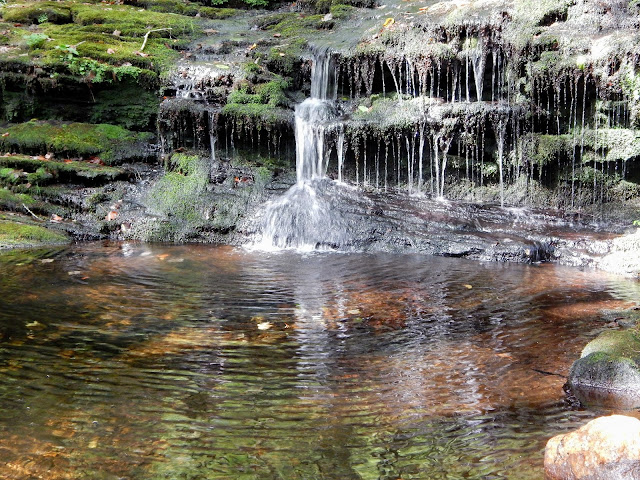 Crystal clear water, a brook trout can be seen coming off the bottom for a dry fly. 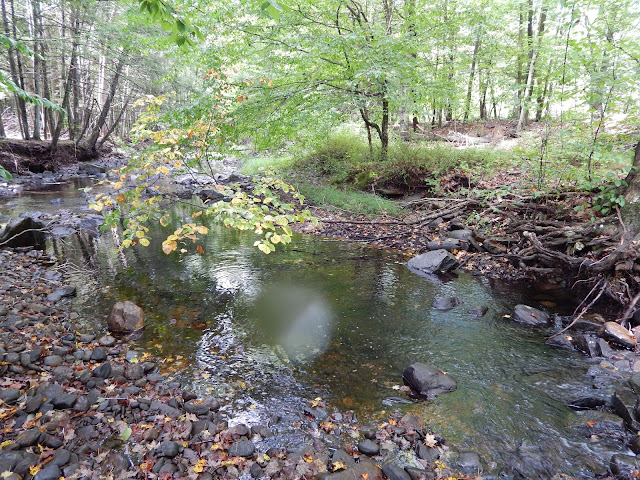 Moving on to the second stream I also found a good flow along with cool water. In one pool a rise was observed, I suspect it was an ant or a beetle. I tied on a black ant and soon found out that was the right choice. 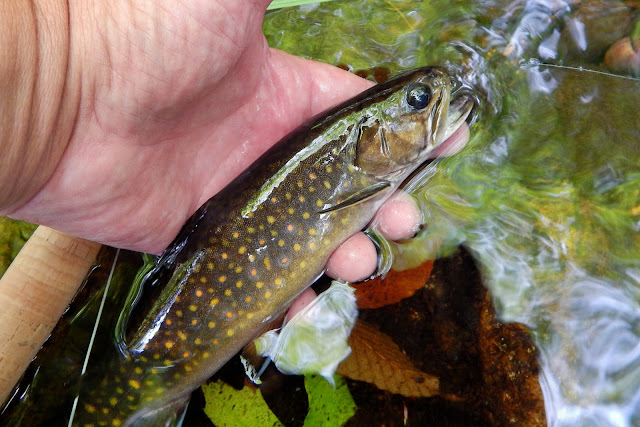 This beautiful brookie, in great condition was at hand. 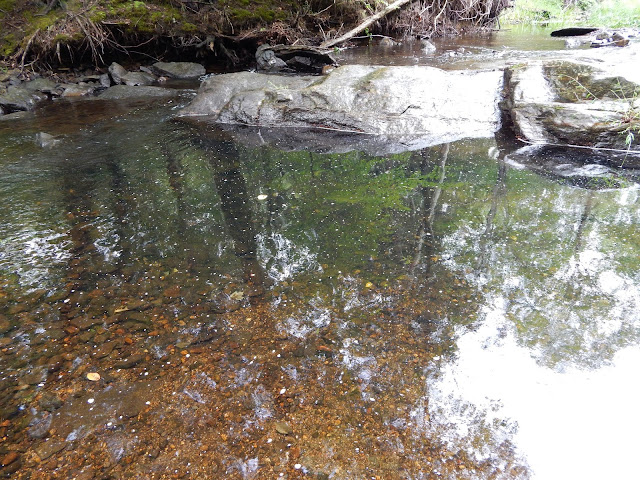 Moving along the stream I came to this pool. I have never taken a trout out of here and was convinced there were never any in here until my brother-in-law John took a nice brookie here back in the spring. I figured it was deep, good flow and an undercut rock so maybe.....the ant was cast and nothing, a soft-hackle was cast and nothing even a shiny brass bead head could not bring a strike. I then tied on a streamer, remembering that's what John was using when he took the brookie last spring. I cast the fly, by the way the little "Cane and Silk" 5 foot rod did quite well in casting the #10 featherwing. The fly landed on it's side and floated for a second until it was wet. As it began to sink I saw a dark shadow move to it, and then back away. I cast the fly again and began to strip the fly in. The strike came fast and hard, I knew I had a good one. 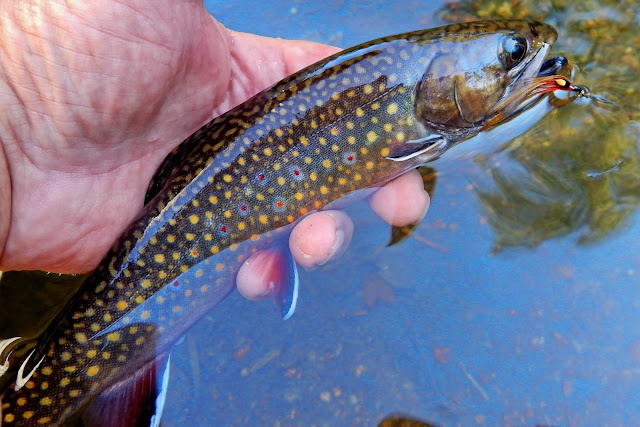 Everything worked, the fly , the rod and the angler. In moments the wild trout was at hand. It was dark like so many of the brook trout in this stream, and it's blue halos were amazing. As I released the jewel I could see it move to the darkest place in the pool. "Farewell friend"..... 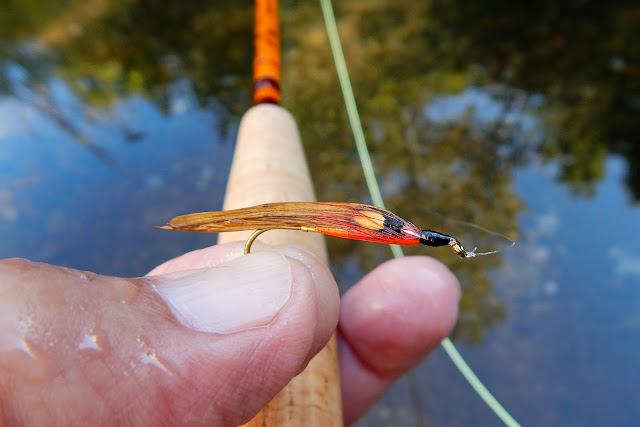