Browns, A Brookie, A Little Rod, And A Beat To Hell Fly 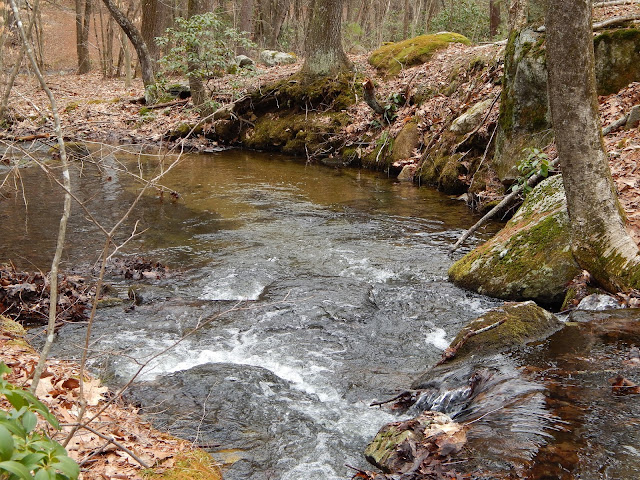 Last Sunday Kirk and I fished a stream, I wrote about it Monday or Tuesday. Well we had a so so day as far as hook-ups and fish to hand. There was some talk that the stream may suffered more from the drought of last year then we first had thought. Well hold on.

When we left the stream Sunday I had on a Hornberg, which is the fly that I fished and caught the only fish of that outing on. After a late doctors appointment I was able to get out on that same stream Wednesday afternoon. I tossed that Hornberg into the current and was greeted by a swift strike, and just as swiftly I lost the fish. A few more casts and another strike. A brief dispute and I soon had a beautiful wild brook trout at hand. 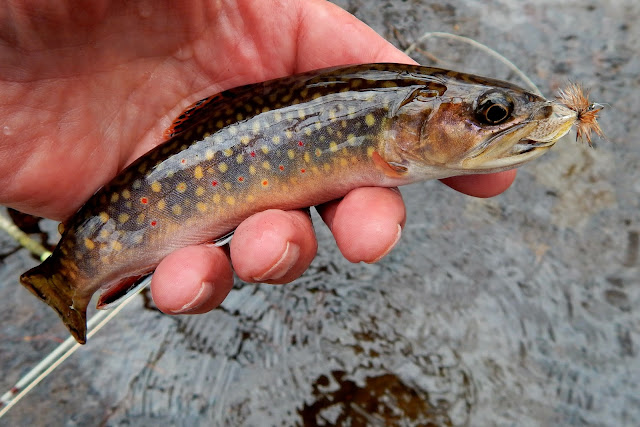 Brook trout are in this stream but not real common catches. This one was in prime condition. 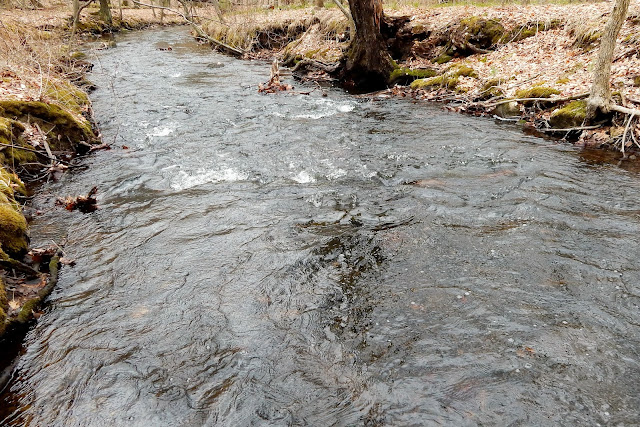 A bit further downstream I crossed paths with this feisty brown. 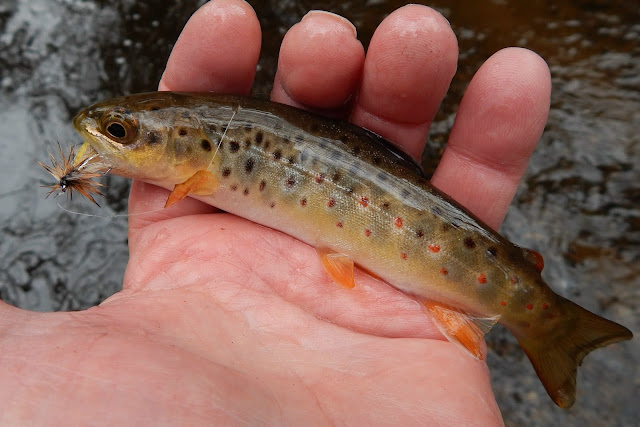 He to took the Hornberg. 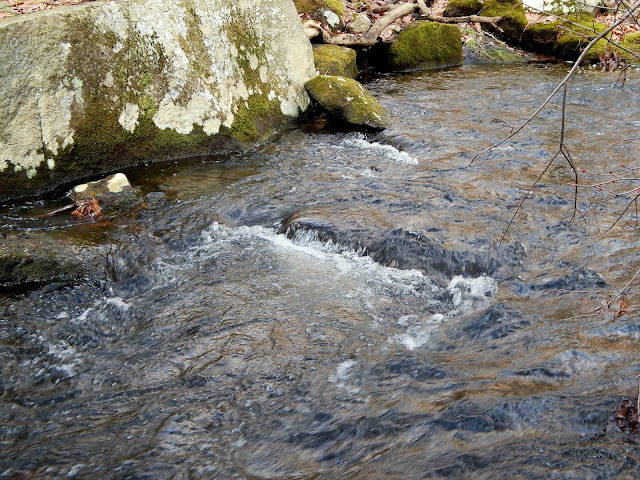 The stream in places has some tricky water, in that the currents are tough to get a fly to work properly. If I waders it may have been easier to work the fly. Well the fly was out and the current swirled and pulled it about. As I lifted the rod I felt the fish. Soon the rod bent and the fish ran, then leaped. I was able to gain control and managed to get him close. 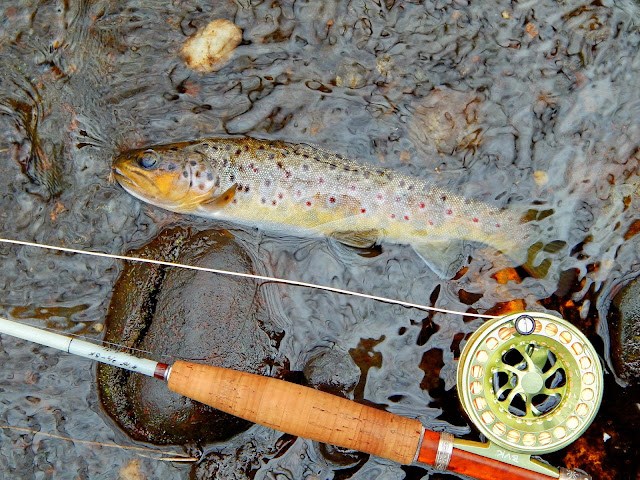 As he lay in the stream I admired him, both for his size and for his determination to survive. The photo was taken with him still in the water. I removed the fly and off he went.

I would like to comment on the little Cane and Silk fiberglass rod. The 4'10" 2wt did a fine job. I love this small stream wonder.