The Start, Opening Day, In A Different Setting 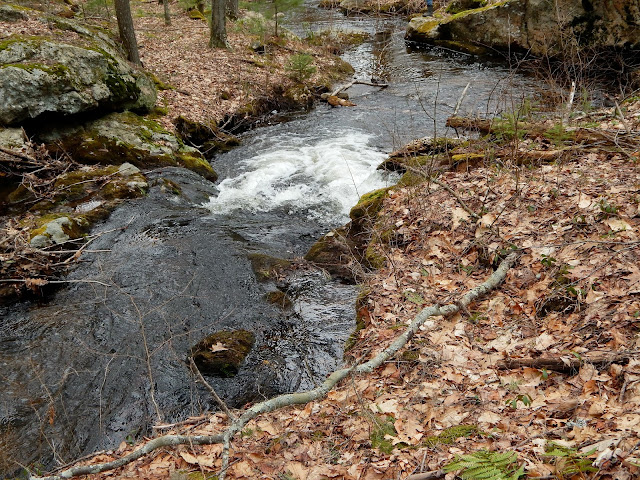 Yesterday was the opening day of Connecticut's trout season. With that brings the multitudes of youngsters and oldsters to the larger and very heavily stocked rivers and lakes all trying for their limit of trout. There are a few of us who prefer to fish lessen known waters for wild trout. Yesterday morning I met-up with Mark and Kirk to fish a lovely small stream. It was cold and we even saw snow and sleet at one point, but neither would dampen the spirit of adventure that lay ahead. Mark had graciously brought hot coffee and muffins along with buttery croissants. It was a good start to what was to be a fine day. 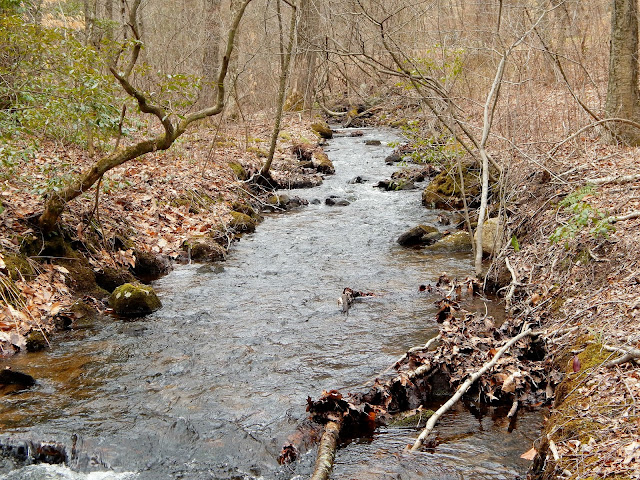 The stream was up from the recent rains and was no doubt running cold. By the way this stream was but a mere trickle last fall, but perhaps that's for another post. I had a Hornberg on and that's what I started with, but after awhile I soon realized they were not looking up. So the progression started, first soft-hackles, then winged wets, and finally bead-heads. It was the bead-head that was to be the best choice for me this day. 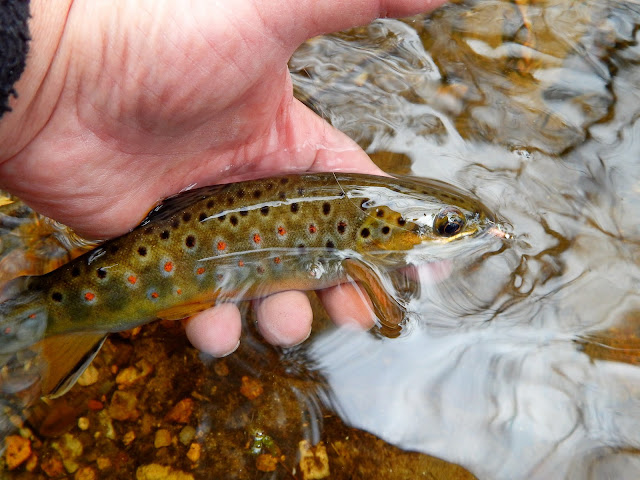 I dropped the bead-head in a swirling pool, the line moved very swiftly then stopped. I lifted the rod tip and felt the fish. In a match of strength I was able to convince the trout to stay out of the woody debris that had been deposited there by the heavy rains of spring. I slid my hand under this magnificent wild brown. 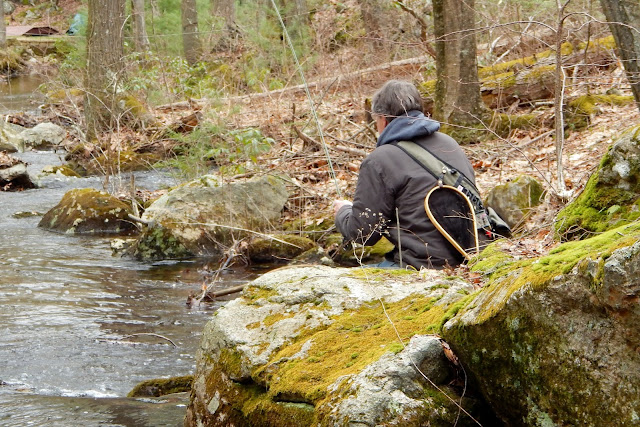 Kirk attempting to bring in a brook trout.. 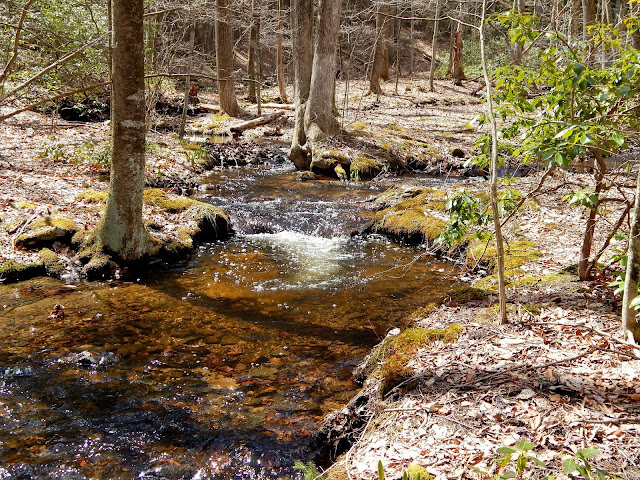 About mid-morning the sun broke out and man did it feel good. 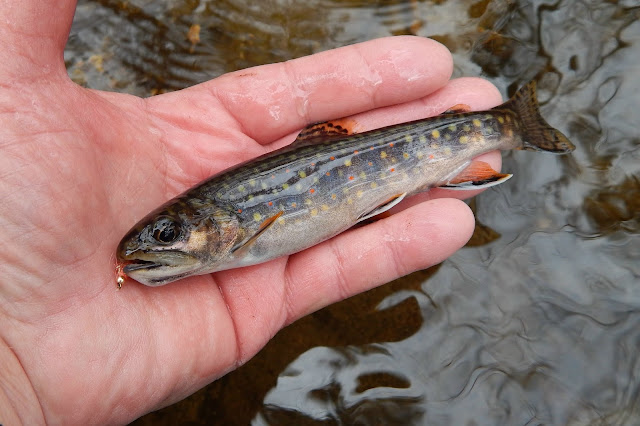 I look pretty good despite what happened to me last year...I agree. 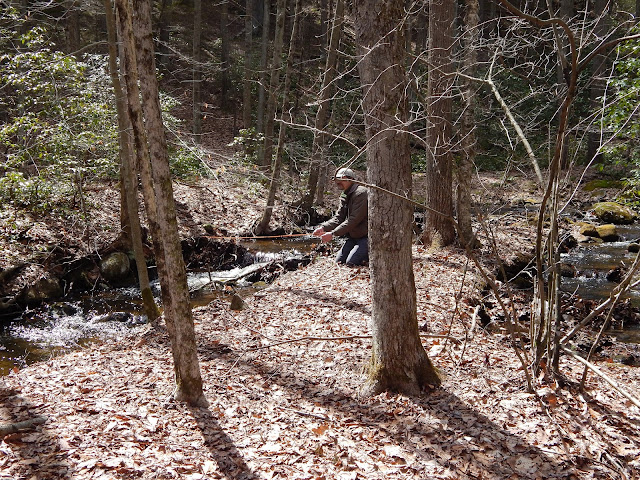 Mark getting down to business. Low and slow will usually fool them. 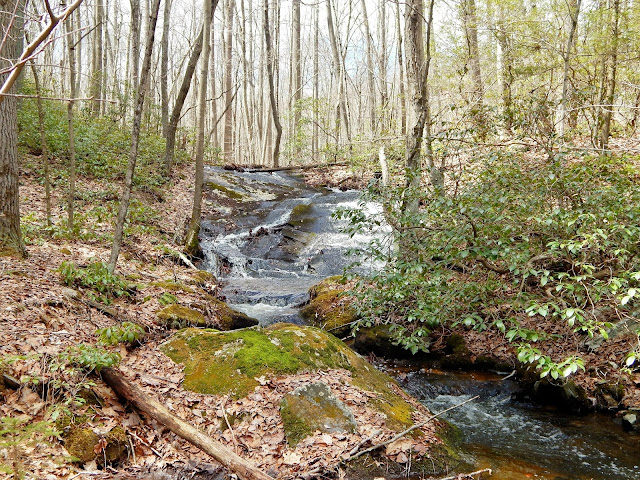 This stream is a classic New England freestone stream. Various waterfalls, some big and some small. 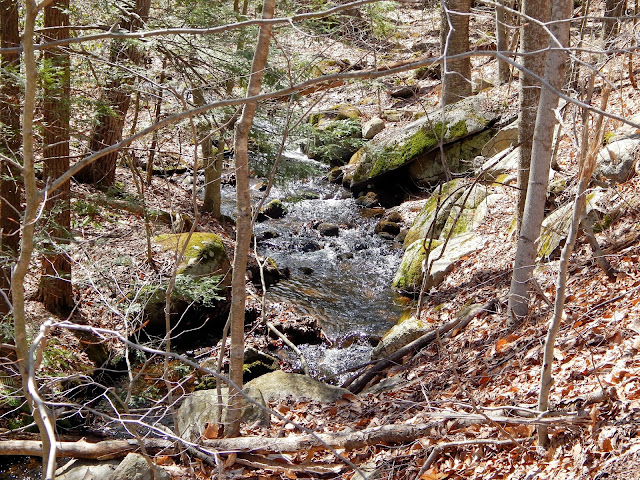 The stream travels though a valley with plunge pools and swift runs. 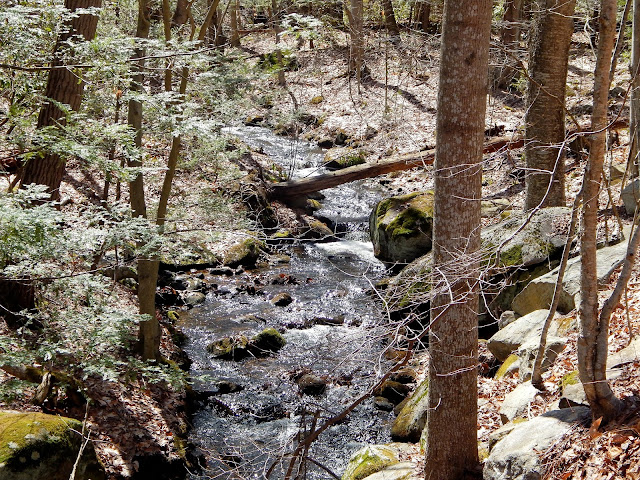 It was in one of those plunges that I was to find a true survivor. 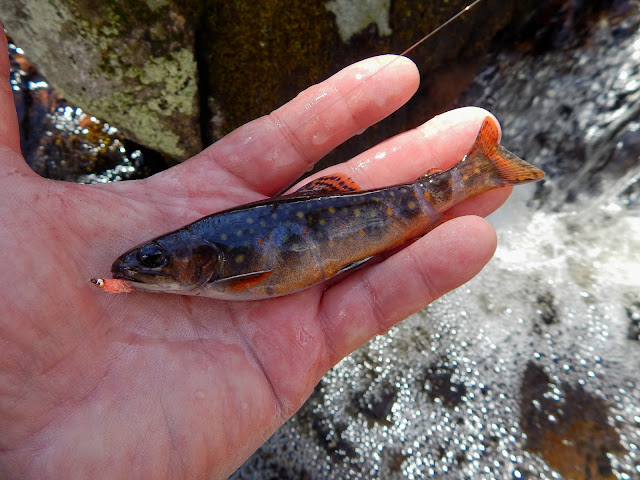 This wild jewel not only survived the drought of last year but also the grip of a predator...the scar marks were very visible. 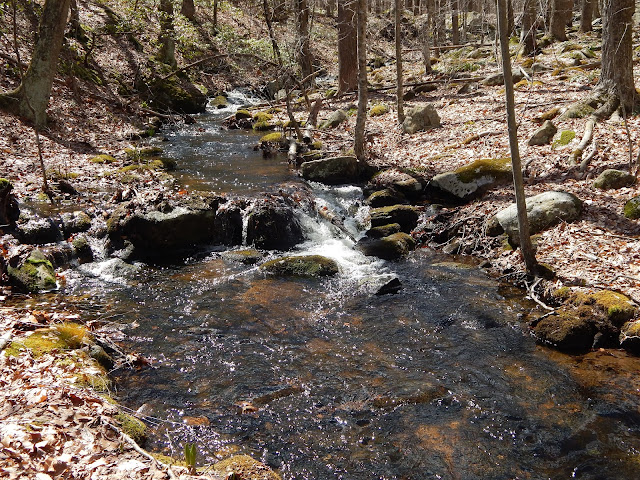 So a new season was launched today, a season welcomed by a few like minded souls who find a few wild fish in a pristine setting to be special gift. 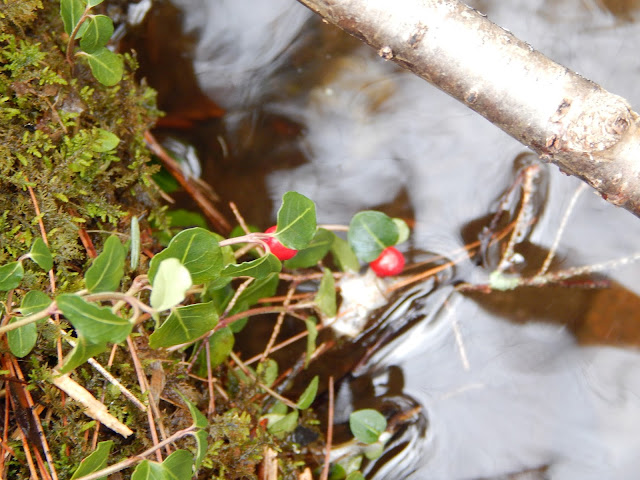