Small Stream Journal 5-16-17...Recovery, And Break Out The Bombers

Yesterday my son needed some work done on his truck. The shop was a distance from his job so I gave him a ride to work. He just so happens to work very close to a stream I have fished many times and you just can't let a chance like this go by. After dropping him off I headed to  Cumby's for coffee and drove to the stream.

As I walked down to the stream I noticed how beautiful it looked with it's water flowing full. This stream like so many others suffered terribly last year from a brutal drought and a hot summer. The stream you see was puddles and exposed rocks the last time I visited here. So not knowing what I would find I cast my fly on the water. 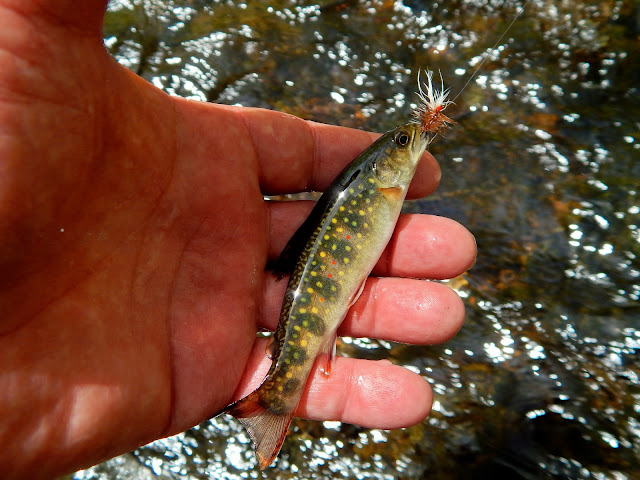 The very first pool just as the fly drifted under the shadow of an old wooden bridge a fish struck the fly and missed. A few repeated casts and up he came, this time the fly held. Moments later this wild jewel was at hand. 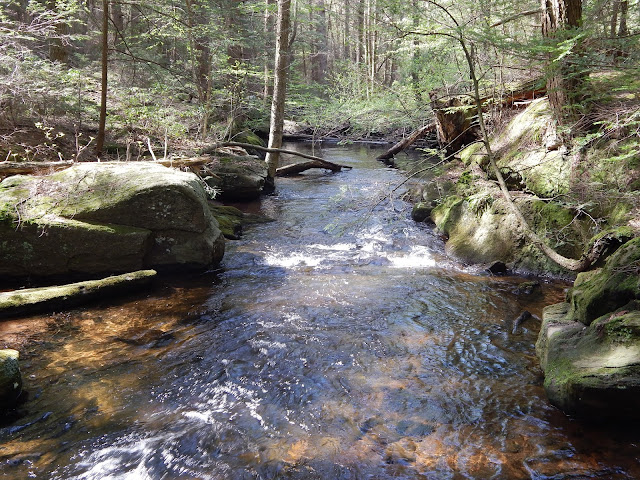 Now the fact that I had caught a brook trout from a stream that was almost non existent last year would have made my day, but a few more hours to spend along one of the most beautiful streams in Connecticut was my thought. 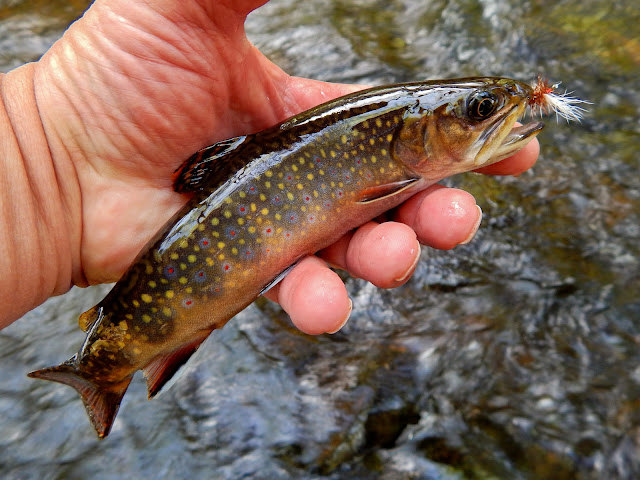 I'm not going to fill up this post with a lot of words, but I will show you just how well this stream recovered. Brook trout like this were found most everywhere. 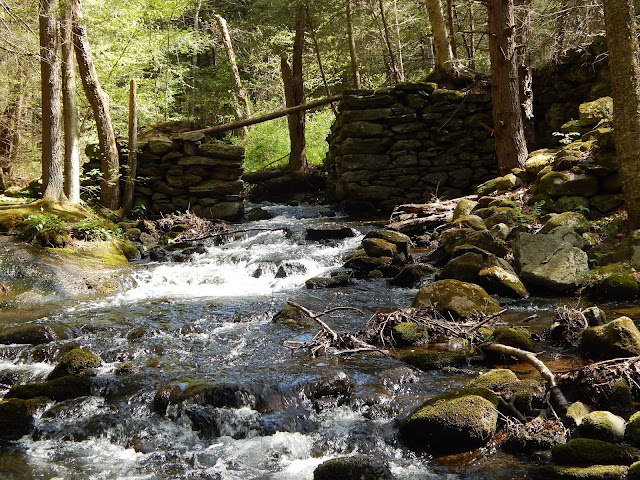 A very picturesque and peaceful setting...the trout like it also. 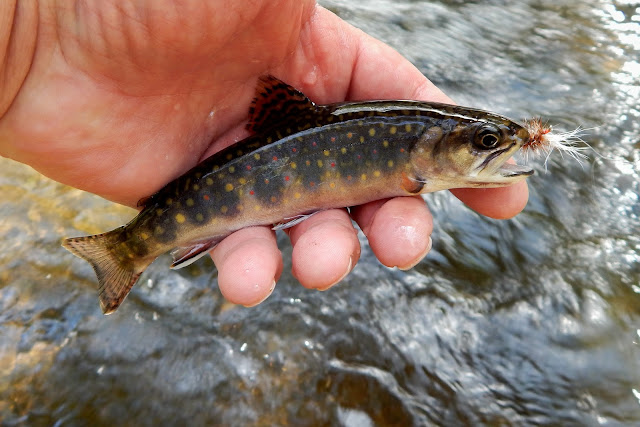 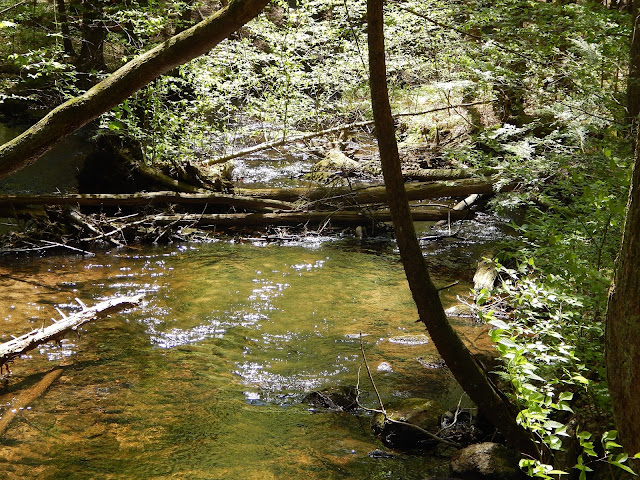 This was another stream that has made a good recovery. I think in a year or two if conditions are favorable to our native char then this stream can become one of the best we have. 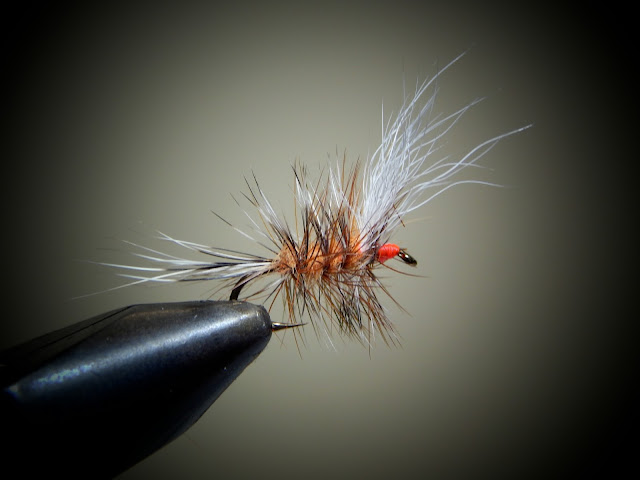 By the way...this fly had a lot to do with the success I had today. I knew if there were brook trout to be found this was the fly that would find them. It was the only fly I used this day.....The "Ausable Bomber".....