A Woodland Stream And A Personal Best 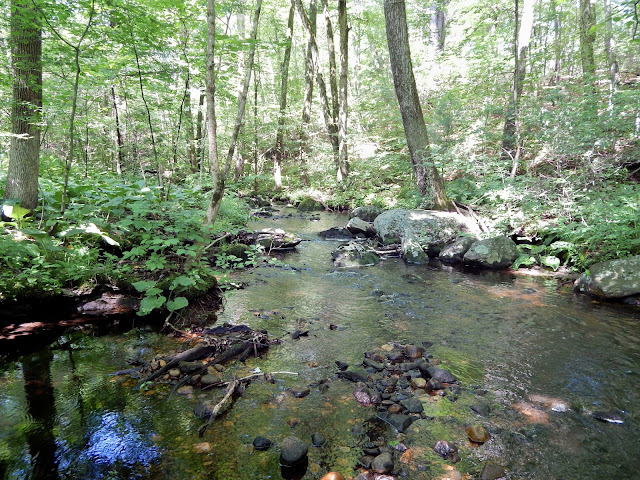 I was so excited to fish this stream at a time when there was a nice comfortable flow and there was no ice or snow to deal with. This stream I'm very familiar with but changes were made to it by the state. I first became aware of the changes last winter at a time that I could not fully fish the areas that were affected by the upgrade. The state had done some rehab work on the streams road crossing. The large culvert that was in place had been removed and a new one installed which enabled the wild brook trout to move freely through it and find much more suitable habitat up and down stream. 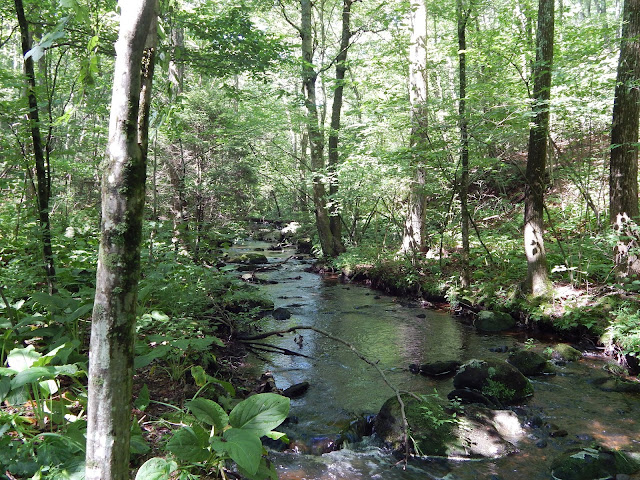 The streams flow was perfect and there were many deep pockets that held fish. It did not take long to find a few willing combatants to bend the glass rod. 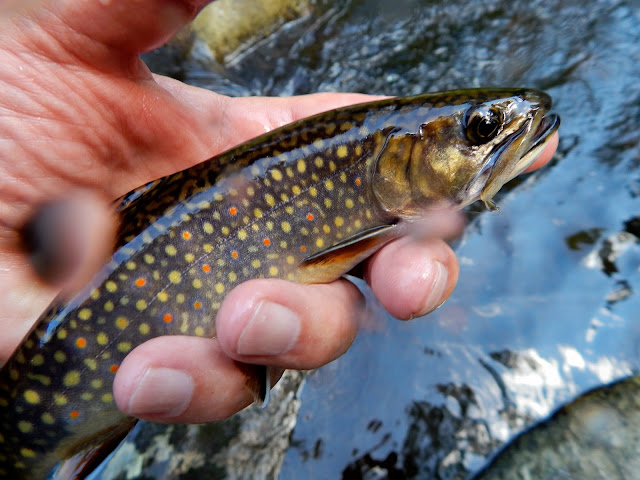 I call this guy "spotty"...there were so many spots on this fish, they went from back to belly. 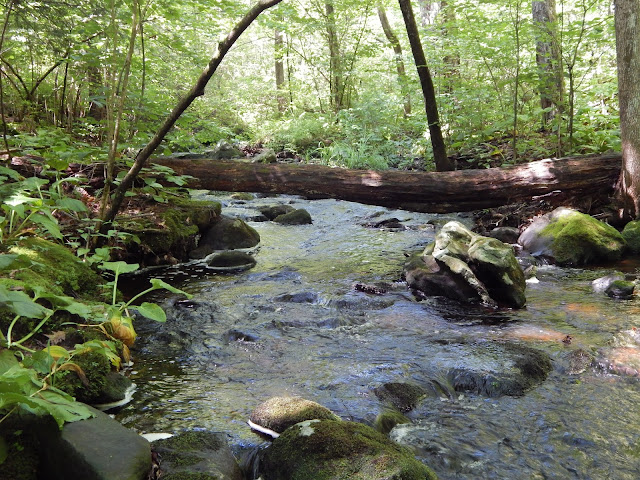 I really love this run. Over the years it has given up some spectacular fish including a gorgeous spawning male that took a Black Ghost streamer. Unfortunately he was able to free himself before I could photograph him. 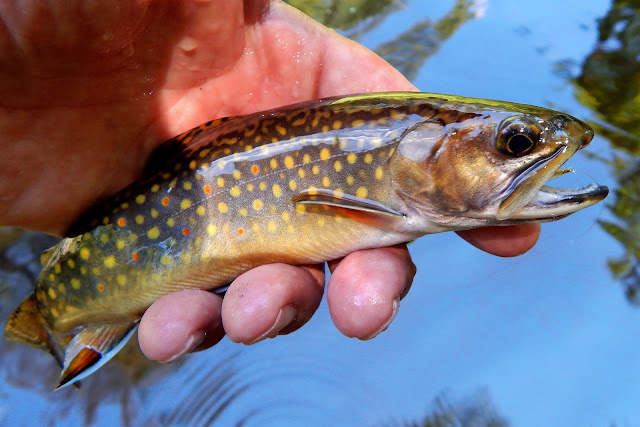 Not bad......they were very active for a few hours and then they just shut down. 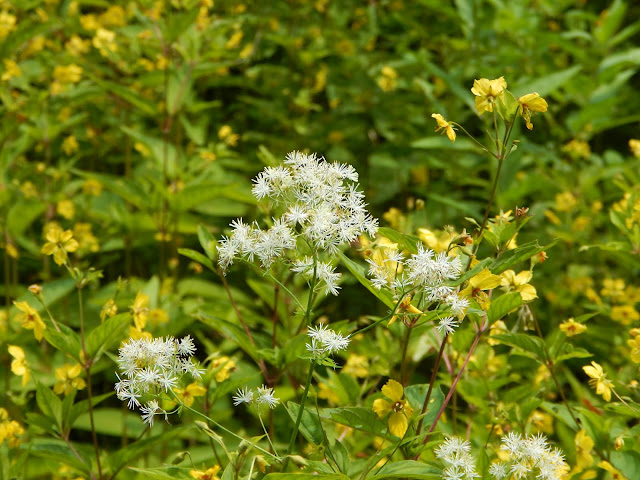 Beautiful flora, it so nice to see it in a natural setting. 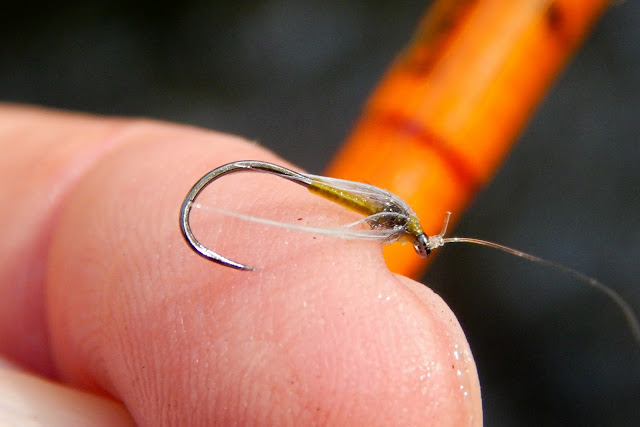 Part of the days menu. 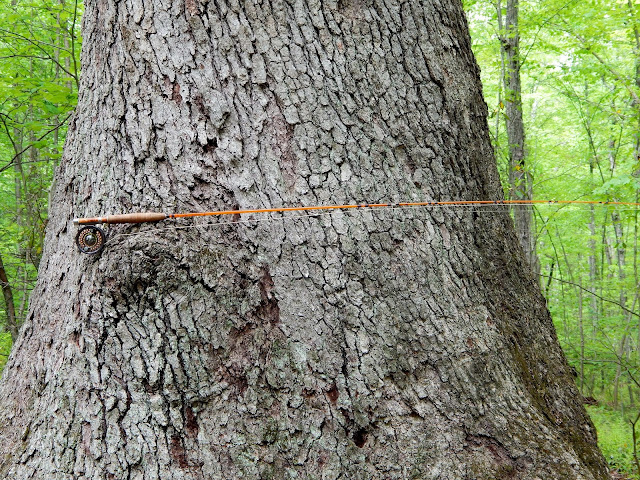 Like I said before I have fished this stream so very many times, and this was the first time I saw this giant. I wish I had a tape measure. The rod was placed there to try to give some perspective. This tree is personal best for me as far as tree's go along this stream.