The Farmy, I Took Another Crack At It 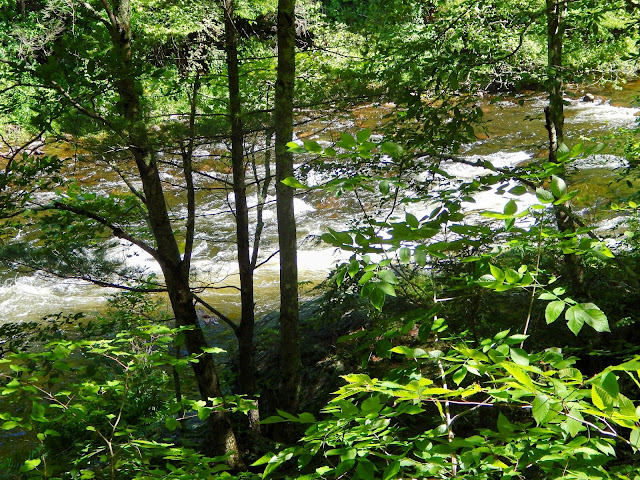 Well Monday I took another stab at fishing the Farmington. My last visit was pretty good with the exception of high water. Just a note, I say high water and that's from my perspective, there's a great deal of anglers that would find flows as such to be just fine. As you can see the river was pushing some water and I was not attempting tossing a fly here, so I moved to several locations until I found some water that was more acceptable.

Upon entering the river I glanced up and down looking for rises or any insect activity and what I found was nothing. The only things flying were moths and the only rise was a fellow snorkeling. In the next hour or so I fished several soft-hackles and streamers and received all "no thank yous" from the residents. I tied on a Bomber and was soon tangling with some brook trout. 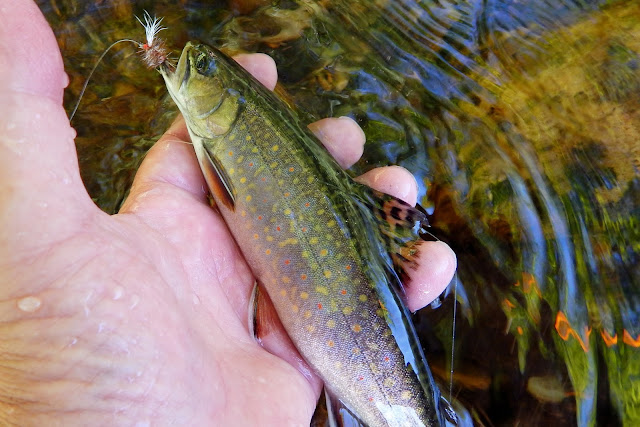 These guys were all over that Bomber. Did I ever tell you how good a fly the Bomber is? 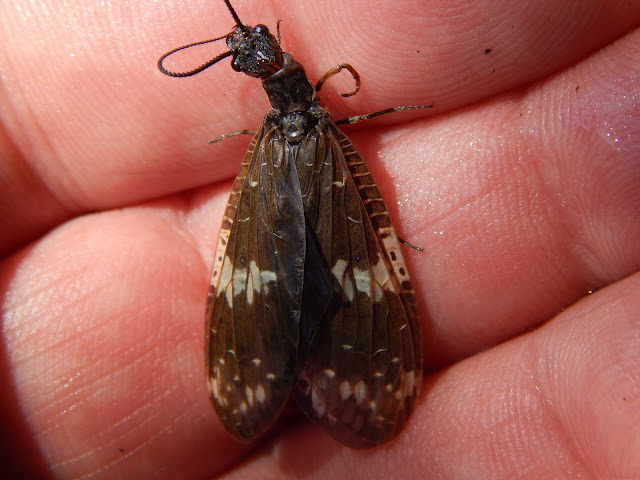 Later in the morning I saw several of these. They look just like something I saw on the "X Files" 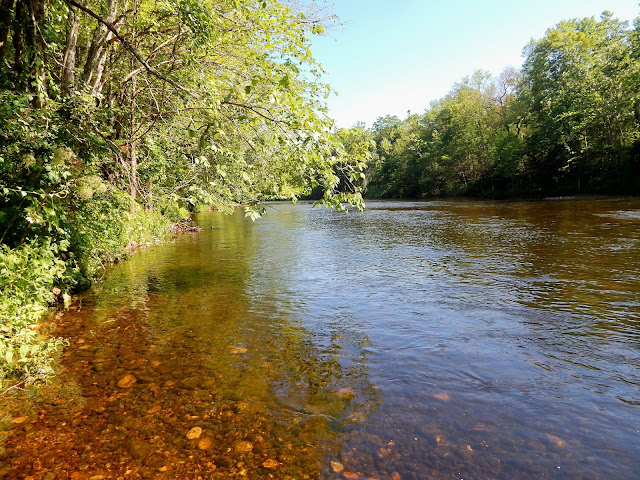 So after seeing one of Fox M's creatures I tied on a big dry. On the second drift this very strong lady rose an took the fly. She was strong and those head shakes I can still feel. The hook set held and soon I had the pleasure of taking her picture. 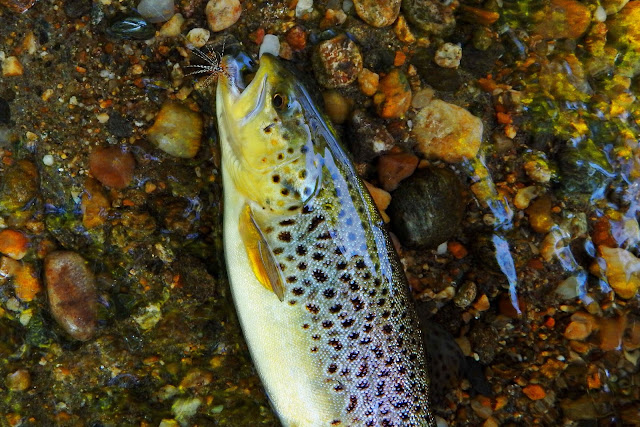 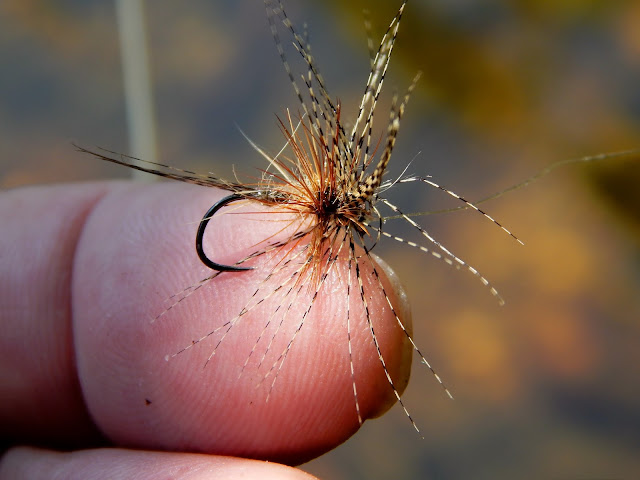 The fly is not a creature from the X Files but a fly called the Cinberg from the Catskills.