Sometimes A Small Stream Can Give Up A Big Fish 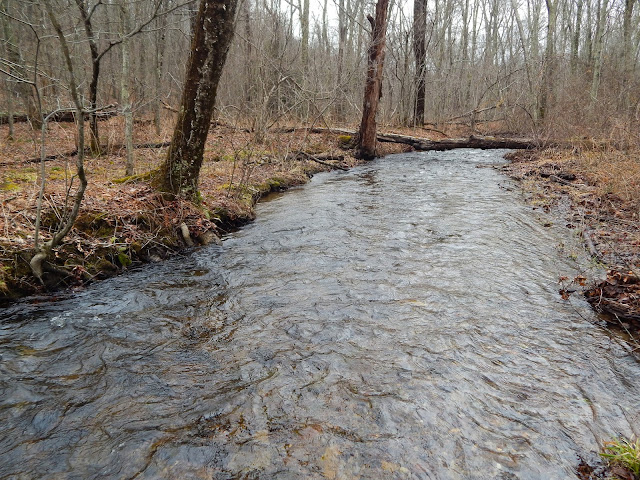 Mid February, the whole of brook trout forest takes on the look of steel, gray, dark and cold. It was such a day that I ventured to a familiar stream, a stream that has some spectacular brook trout. The last time I fished this stream it was on the wild side, it was struggling to keep its water within its banks. Ice chunks were almost every where which made for a very difficult outing. This day the stream was swollen from recent heavy rains. My thought was to drift a bead head nymph, one with some color and flash and try to entice a strike. A good hour and a half and all I was gifted was a bump.

I even used Pete's "TROUT1" method which is "when the water is high fish close to the banks" and.... 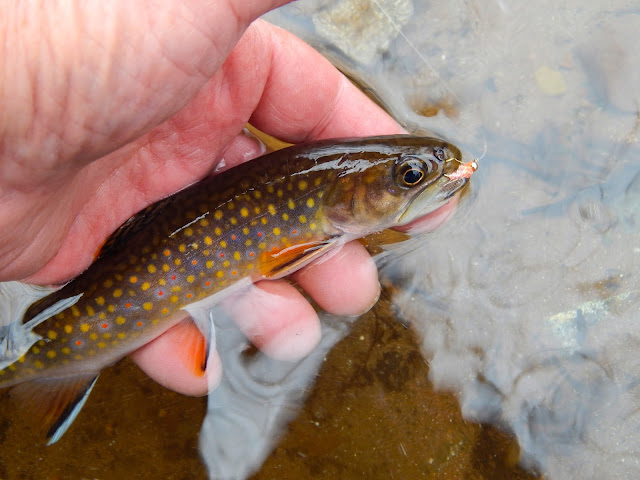 that's how I came upon this jewel. 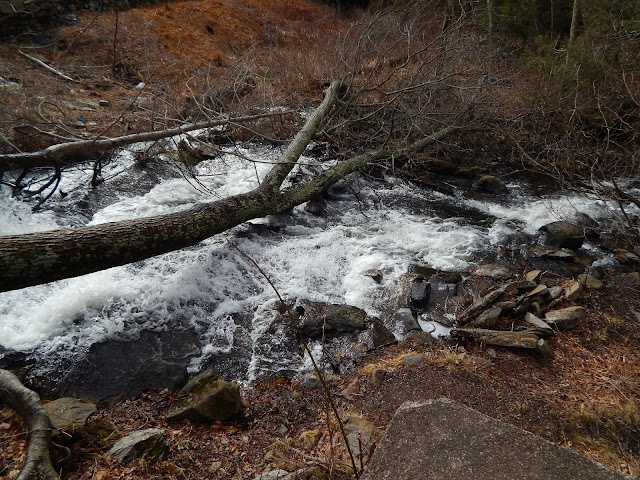 I have learned to accept days as such, slow and not much happening. It is days like this that I try something different. I went to a stretch of stream that I have not fished in years. Below a set of falls I found some water that in the past has been productive from time to time. 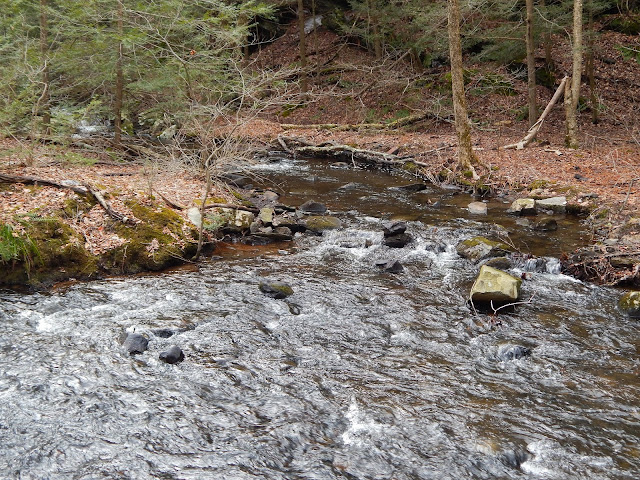 The first run below the falls I drifted the nymph and it took a strong hit. The fish was on and as it came close I saw it was a silver gray fall fish. Not a bad start. 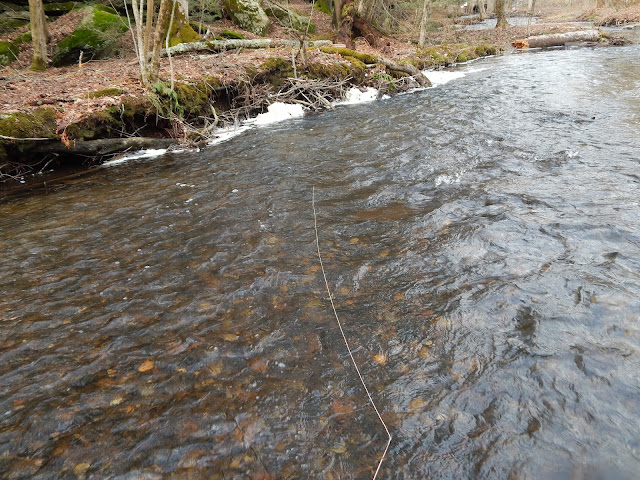 I fished for some time without a single strike. Nearing the end of my day I cast the fly to this pocket. The line stopped and suddenly the stream erupted. The fish leaped and ran, then he leaped and ran again. The strength of the fish was not like I was used to from fish in this stream. I had all I could do to keep control and I hoped the fly held. Finally I gained the upper hand and glided the fish into calmer water. 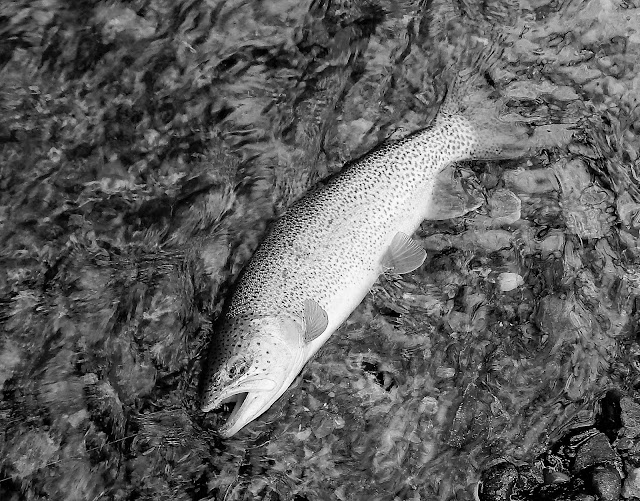 The trout lay in the water with it's eyes looking wildly at me, the fly barely holding. The rainbow was in prefect shape, strong and well conditioned to fast water....a small stream steelhead? 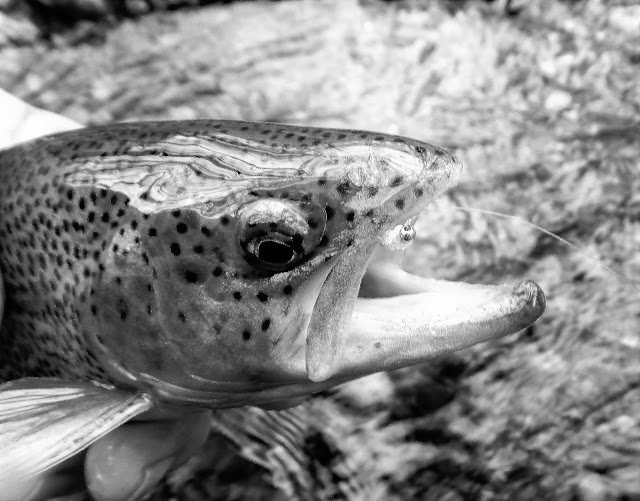 As I lifted the fish from the water I could not believe it's power. I noticed a pronounced kype and thought it looked like the steelhead I had caught in the salmon river in NY. I placed him back into the stream, fly had already fell out. It did not take but a second and it was a memory.