Days Of Enchantment, and Kodachrome? 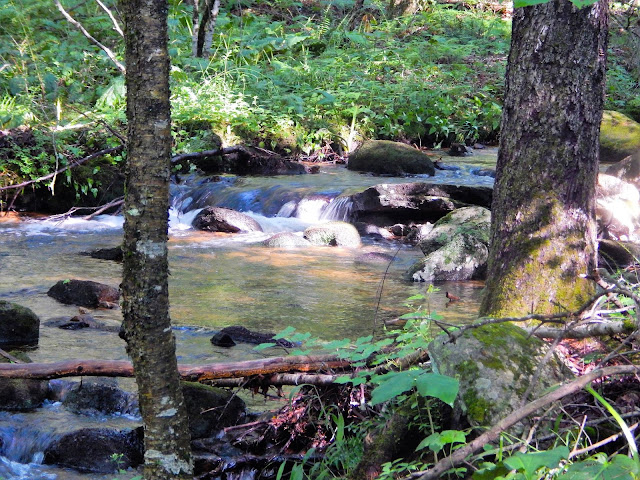 Sunday morning I woke with the thought of going fishing, well most mornings I wake with the same thought but this Sunday was a bit different in the fact that Saturday we recieved a generous rainfall. I knew that many of the streams benefited and I was going to try to take advantage. The stream I chose to fish is a freestone brook that flows off a small mountain. It has a reputation of holding a brookie or two and it is rather easy to fish with exception of a few laurel thickets. The rocks can be a pain especially when you slide on one.

First view of the stream and all's well in life....my goodness is there anything better. 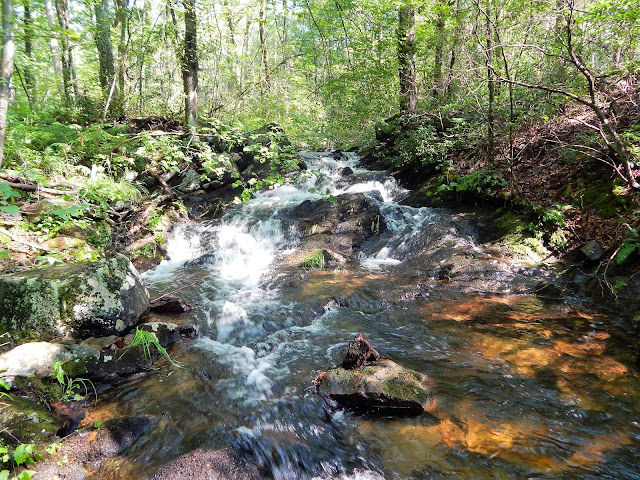 A waterfall that was pushing a fair amount of water. I took some video with sound of it and will post it soon. At the bottom are several small pools, and in these pools lie some fish... 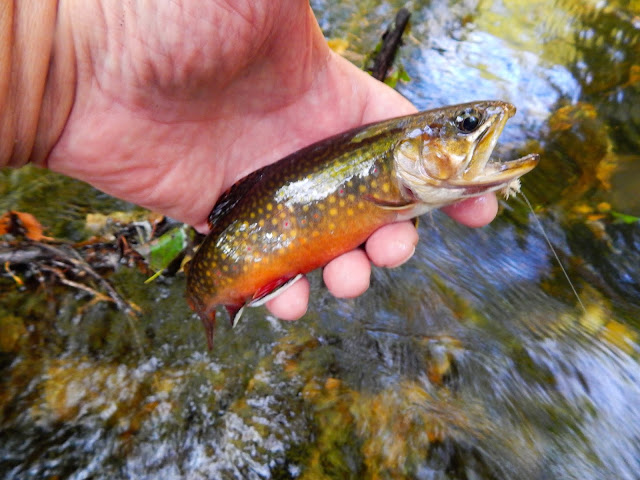 ...impressive fish at that. This male brook trout was almost in full Autumn dress. I have noticed several of the brookies I've caught in the last few weeks taking on color. 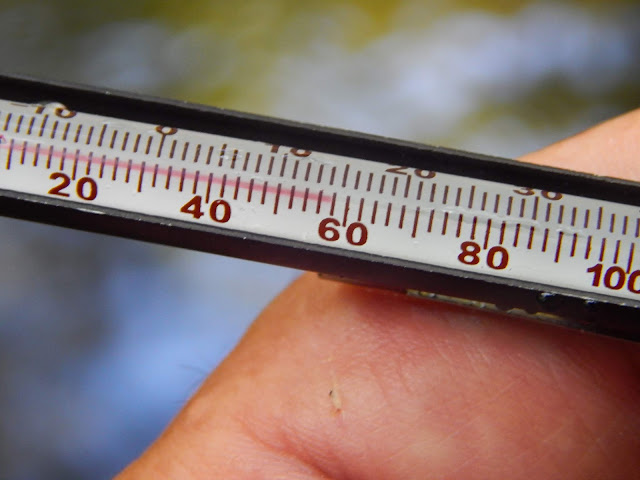 While the streams are full of water one must still take caution to ensure that water temps are satisfactory and this one is as cold as it can be for August. 58 degrees.... 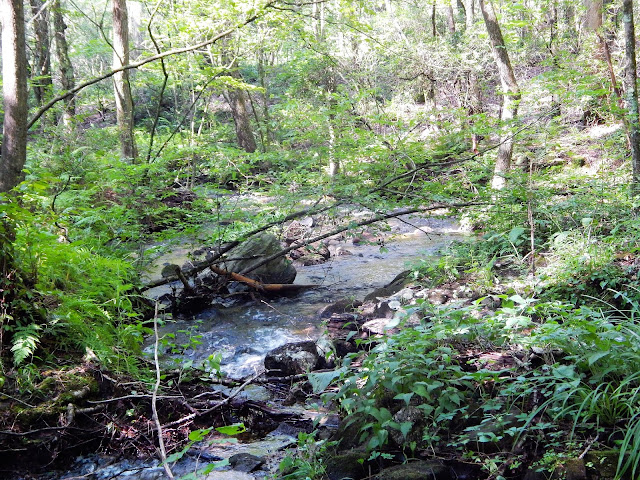 Moving upstream I stopped to work a fly through most of the prime looking water, sometimes they held fish and sometimes they don't, and there are those times when you hook fish and they take the liberty of releasing themselves before you can get a look. 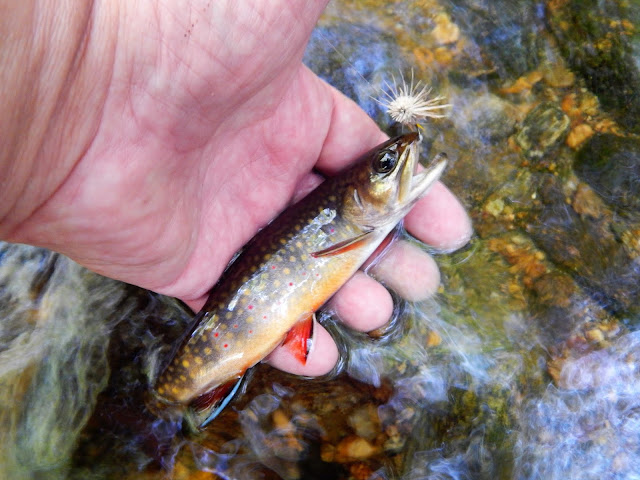 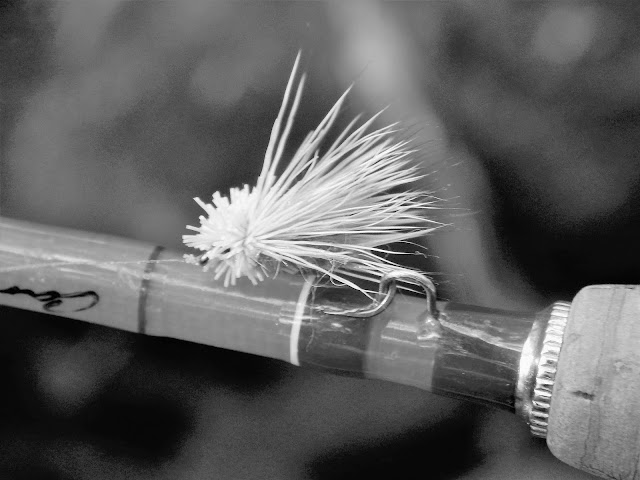 Paul Simon said in his wonderful song Kodachrome that everything looks worse in black and white....well not so fast, looks pretty good. 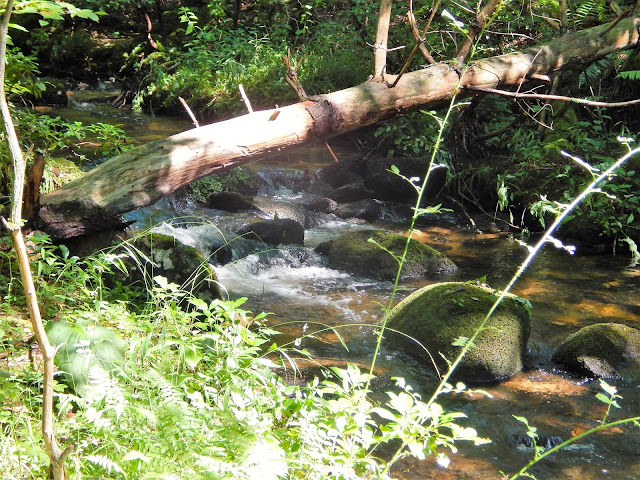