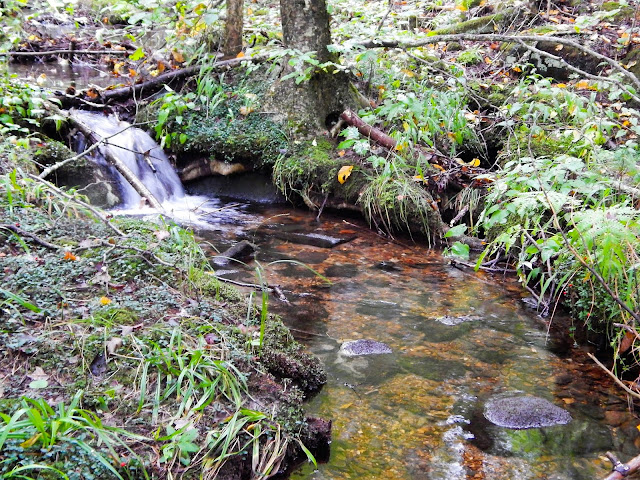 After so many years of fishing small streams I should know that surprises happen. Some come in the form of lots of fish, a brookie or brown taking a fly that it really shouldn't. There are the times when I slip and fall in and find out I did not break a leg. Cold snowy days when the trout are rising to "bombers", and days when coffee from a thermos that really tastes good.

Today, I found out something that I suspected but never experienced. While fishing a blue line I noticed a smaller blue line feeding into the one I was fishing. Looking into it I saw quite a few brookies. It's said as the streams rise this time of year they tend to draw brookies up into them. I think they seek these waters to spawn. Now I'm not one who will not say that's just a stupid idea, I mean what if they dry up. On the other hand these fish have been doing this for centuries and have survived just fine....so what the hell drift a fly, I did just that and once again I was gifted. 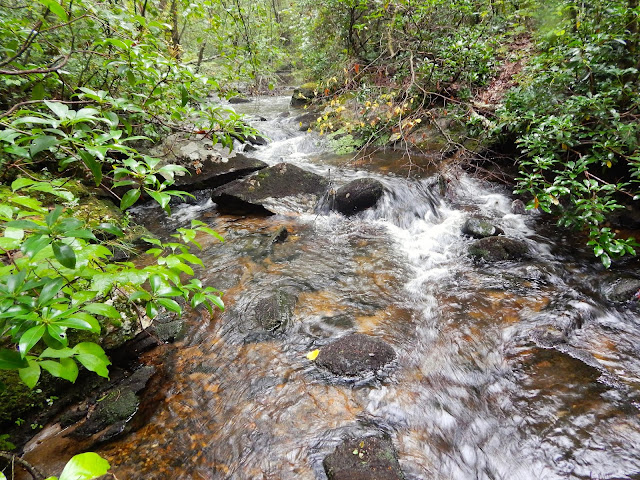 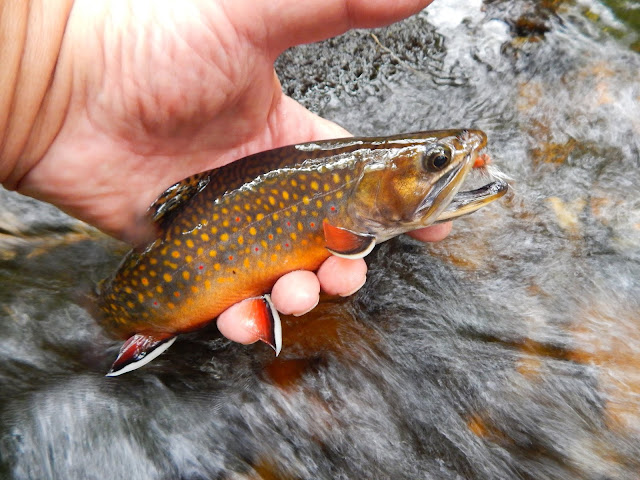 Now friends take a good look at this wild brook trout. A spawning male with a hump in his back, orange, blue, yellow, red, black and white colors mixed into his body. An incredibly strong fish who rose to a Ausable Wulff and bent the heck out of my 5' 3wt....a fish that did not surrender and as I lifted him up to take a photo he twisted and freed himself of the fly....moments later he was gone. This is a memory never to be forgotten.