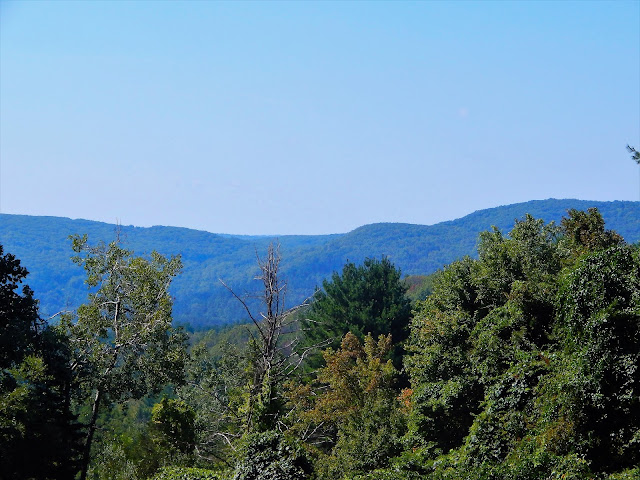 There's a stream or two coming off those mountains. Connecticut is not a mountainous state, more like a hilly state. We do have a few biggies but they are along bordering states. The set of mountains in the first picture are places I've been poking around for the last three plus weeks. I have found a couple of streams that I've put a few steps into trying to figure out where the fish are. I have found that one of the streams has a healthy population of brook trout, and the other a somewhat good population of brook trout. Both of these streams start high up and flow to a larger source. Along the way they pickup volume from underground sources and become a nice flowing stream. These waters have been very cool with water temps in the high fifties, and that's great for the time of year. Still I'm perplexed....the reason will be forthcoming in a couple of weeks. 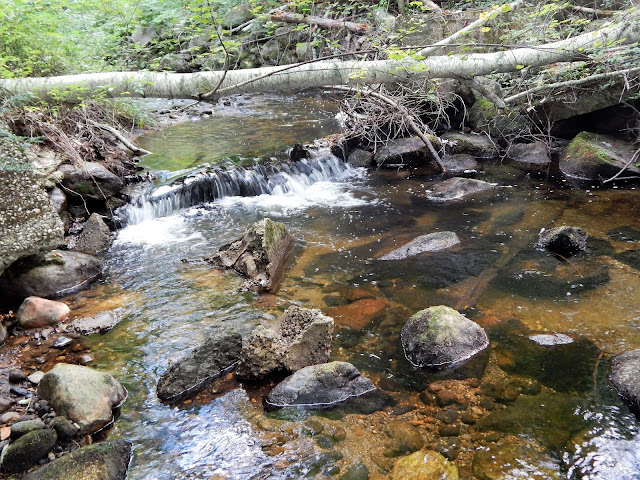 The average flow of a stream in the last couple of weeks. Lots of hiding places in that pool. 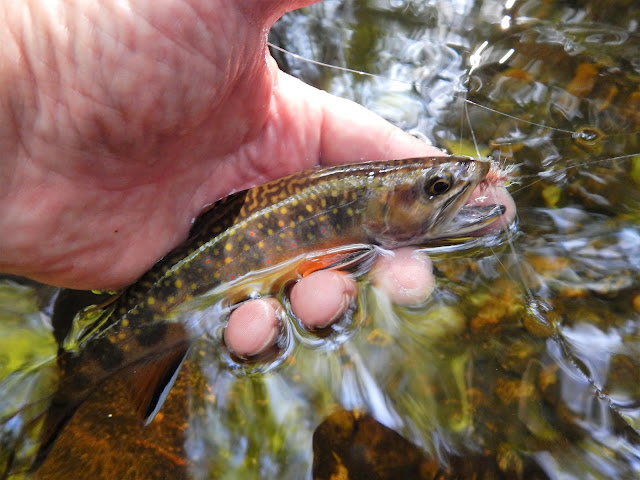 A brookie taken from a pool just downstream from the photo shown. Yes that's a "bomber" in his jaw. 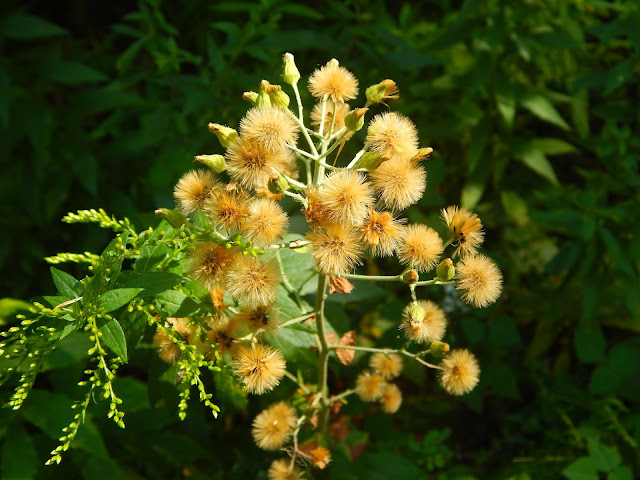 I can't identify them, but they sure are pretty. 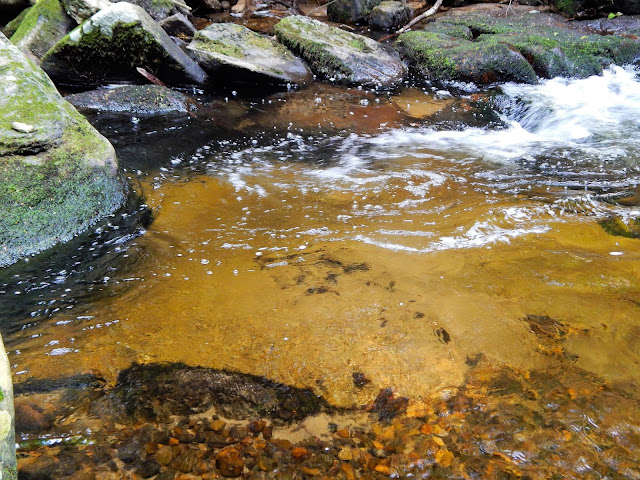 There are a couple of pools like this on this stream. The currents as well as the boulders seem to corral the sand as it's washed downstream. Looking into it one would not think brook trout would consider it to be ideal. I was able to bring two of them to hand and one spit the fly back at me. I'll let you figure out where the fish were taken. 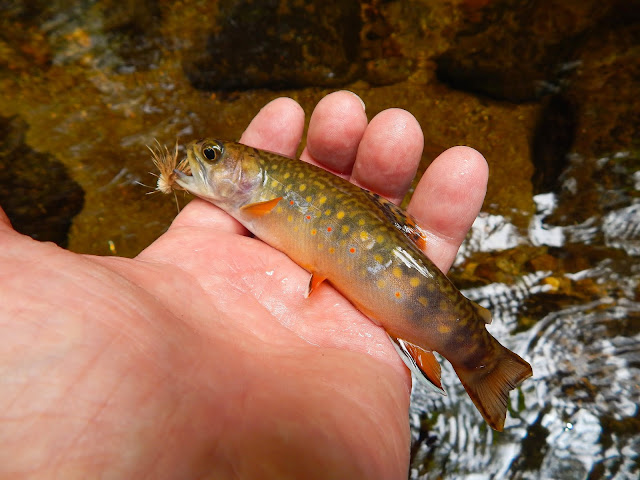 Brook trout like this are what hold in these sandy pools. 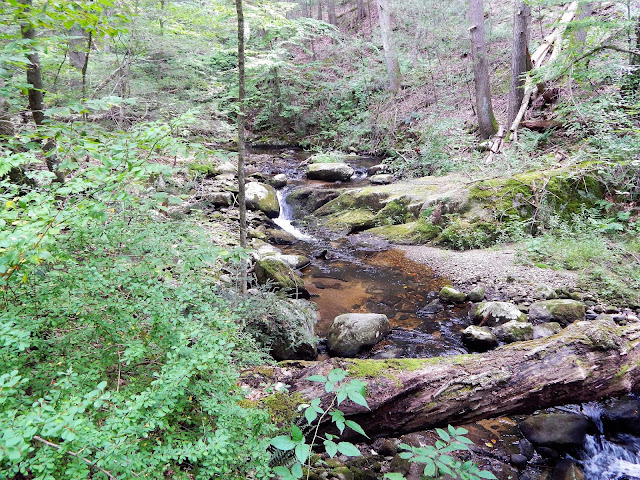