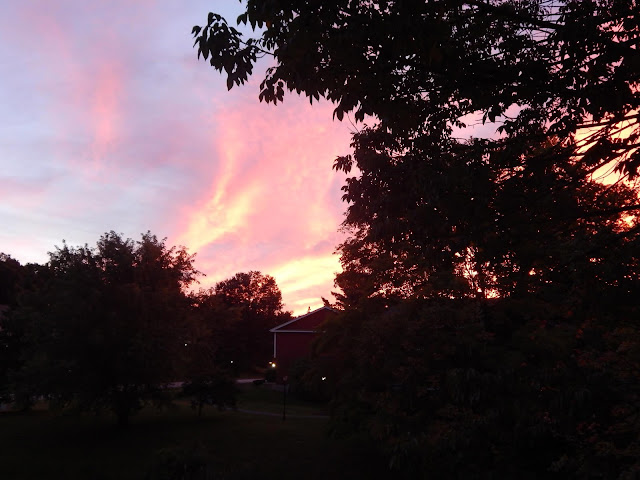 Sunset Sunday evening...so beautiful. With that I expected Monday to be a fairly nice day, and it was for some but not to me. Clouds thickened as I drove to the stream I chose to fish, and soon those clouds deposited some rain. The rain was very light and spotty as I drove and I was assured by the local forecast that it was not going to persist. With the clouds and rain there was also a damp chill in the air and a flannel shirt and rain jacket was needed to make me feel good.

The drive to the stream was not long, perhaps 50 miles and when I pulled over onto the dirt parking space I could hear the stream. 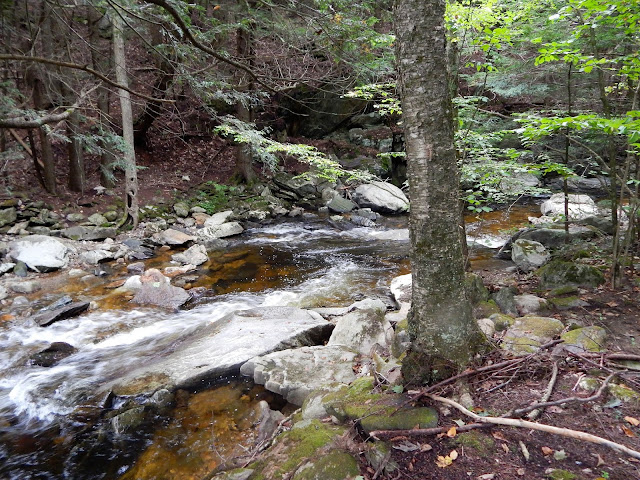 As I walked the path through the woods I could hear rushing water, it got louder and louder. There it was, a small stream full to the brim. The gentle flow that I was used to did not exist. I said to myself this was going to be a tough outing. I fished the stream giving it my best, but to say it was difficult would be an understatement. So I made the decision to try another stream which was about 10 miles away. 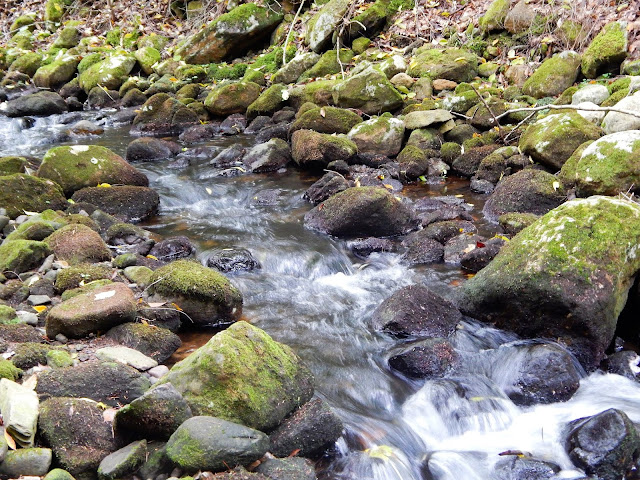 This was that stream...totally opposite from the stream I just left. This stream has several deeper pools and that's where I fished. The brookies were very receptive to my offerings and I really enjoyed the rest of the outing...what a difference 10 miles made. 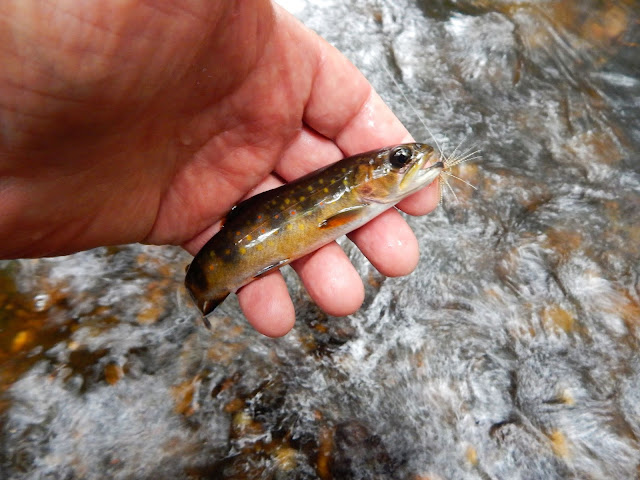 The brookies were sized according to the stream. One fly was all that was needed...a Cinberg. 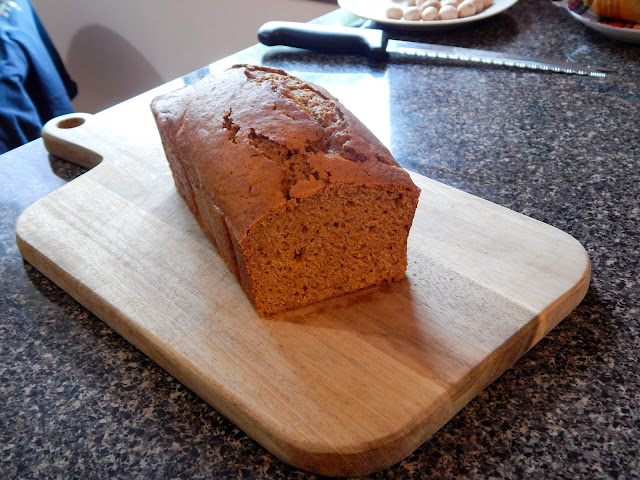 Pumpkin bread, grilled in the pan with butter.