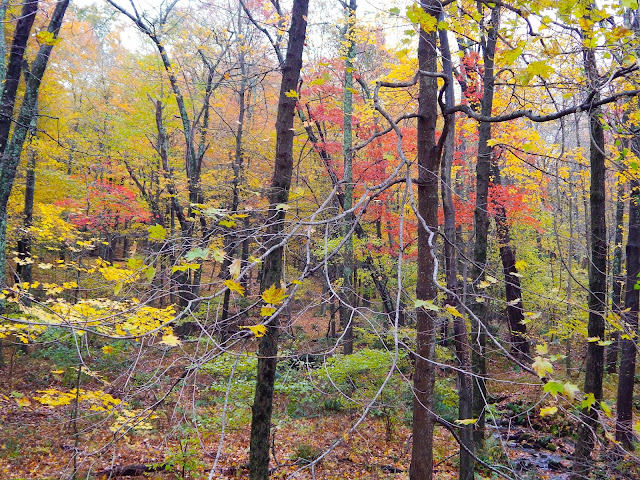 Over the course of a year I'll find about a dozen or so new streams. Of that dozen I'll maybe explore eight, and of that eight perhaps four or five will hold trout. The trout may be browns or brookies and some may be there in numbers and some of the streams will have but a few. Exploring these streams is enjoyable in the cooler months of April and May and again in September, October and November. One of these streams I had the pleasure of fishing was located in the hills of eastern Connecticut. The stream was flowing with clear cold water and it tumbled down the hill through a nice mix of hardwoods. 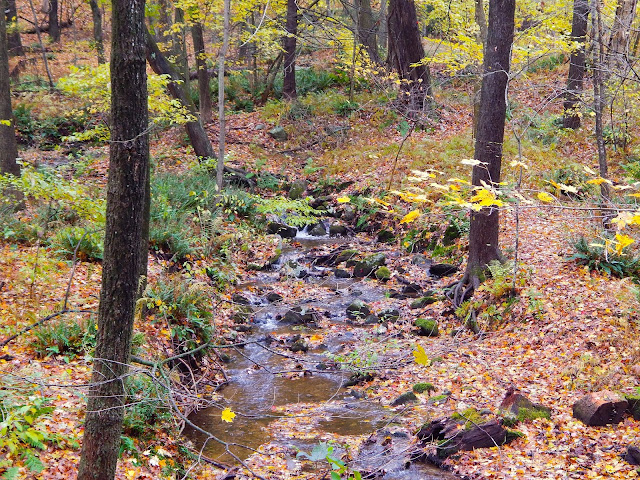 A series of pools and riffles provided the necessary habitat for a few willing fish. I would guess this stream holds fish all year long and may have a few added to it's roles come October from an adjacent larger stream. 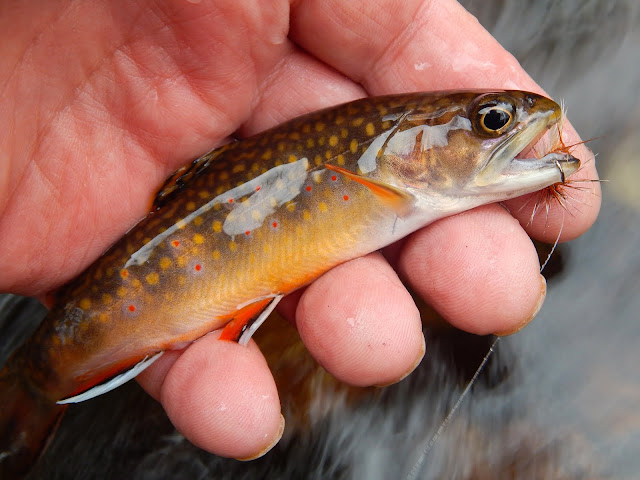 Here is one the beautiful residents of this stream. 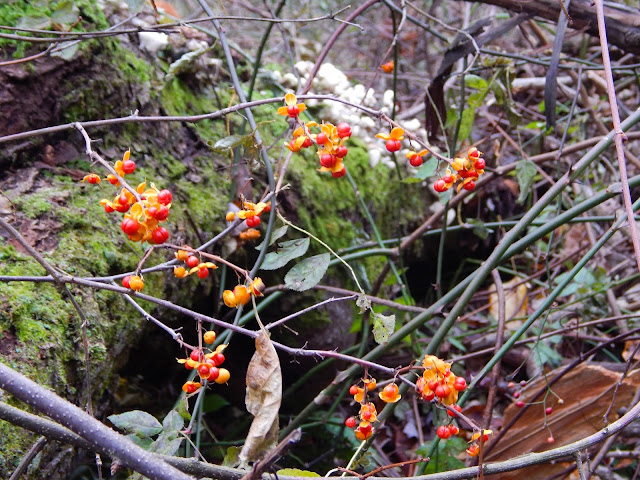 Pretty sights abound. A variety of soft-hackle flies came into play..and a dry or two. 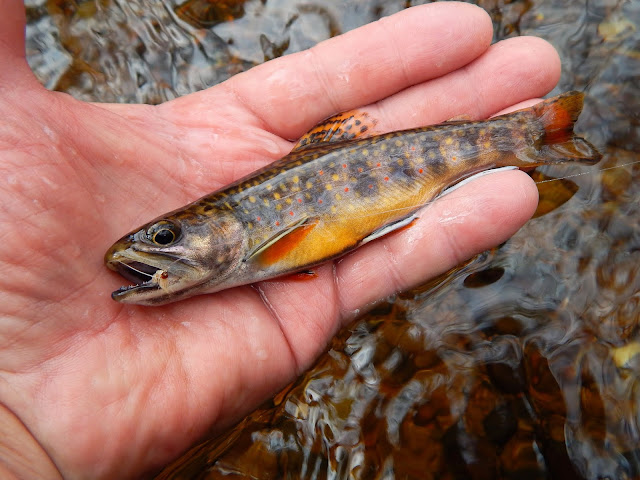 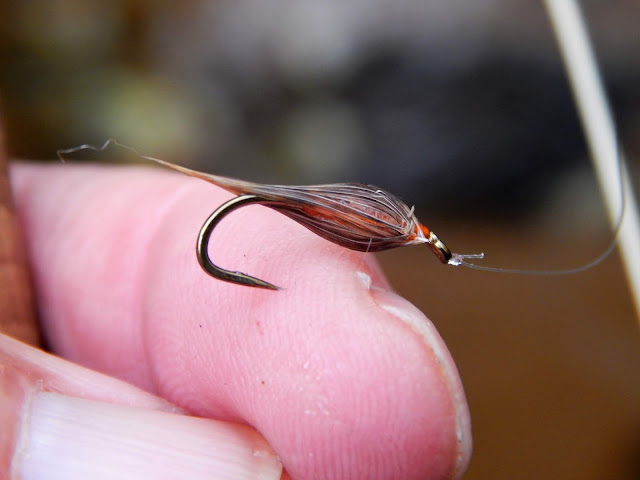 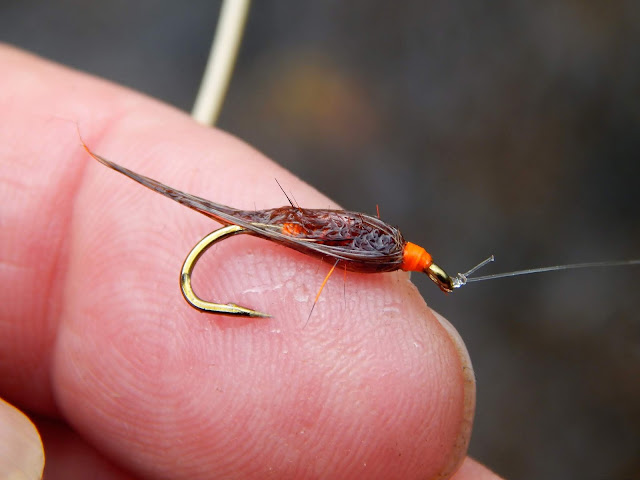 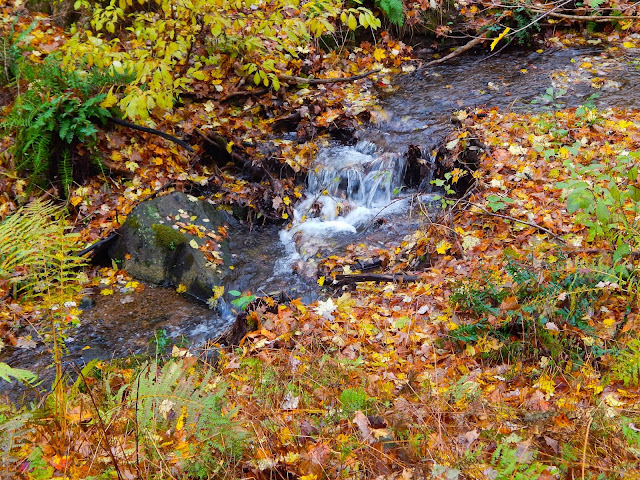 You never know what might be in a place like this. Most times you just see it as it explodes swimming away form you. But sometimes you have the first shot and a drifted fly gets attention. 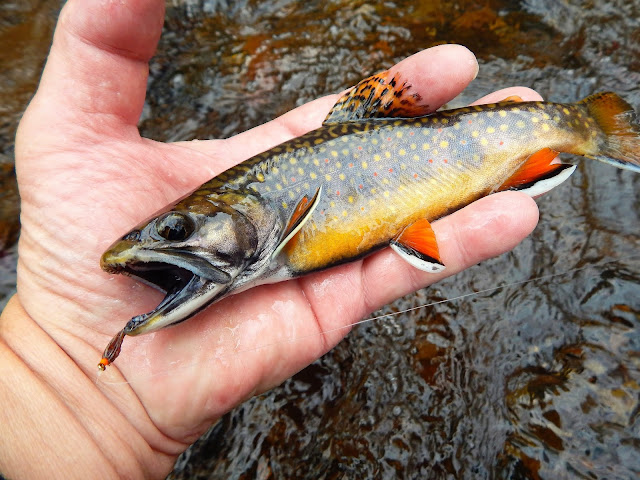 A special moment when your able to lift the jewel from the stream. Photograph it and release it, suddenly it's gone, vanishing into the thin water. 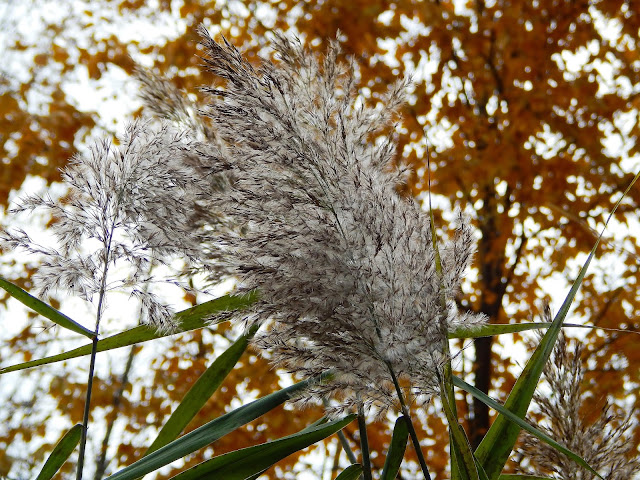 At the end as you walk to the car your at peace. All is well my friends.