CT's Opener. Choosing The Right Stream, And The Tradition Continued. 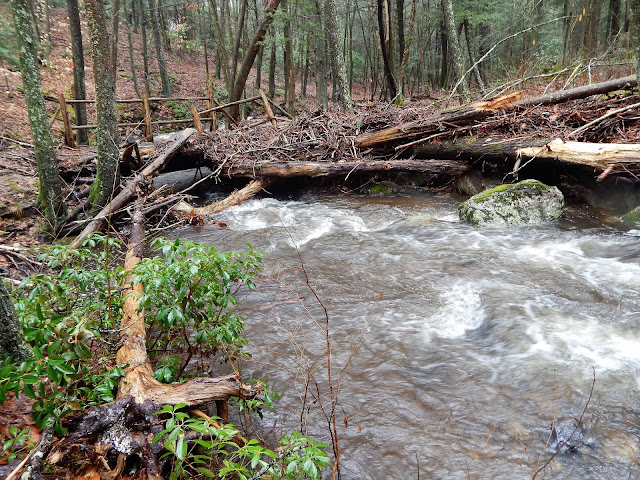 Saturday was the Connecticut trout season opener. In days of past this was quite a tradition for most anglers. Trout rivers and lakes and ponds were stocked to the gills with trout and many fishers out there to take as many as allowed by law. The opening day tradition lost some wind when the state established TMA's and WTMA's which pretty much allowed trout fishing year round. Well we started a tradition several years ago. Every opening day a group of us gathered to fish a small wild trout stream. That tradition continued this year but there were only two of us. Mark, who drove down from MA. and myself. We chose a stream we were familiar with to be the first choice. We got there at 8 and were graced with a heavy downpour. Added to the heavy rains that happened all night and you guessed it "high water". We sat in Marks truck and discussed our plans. While talking we enjoyed hot coffee and muffins compliments of Mark. We decided to fish the stream....that did not last to long. The high water and swift currents made for impossible fishing. A second choice of stream was suggested and off we went.

Different stream and it looked as bad as the first. As you can see in the first photo this stream was out of control. We fished though and had a few takers but nothing to hand. 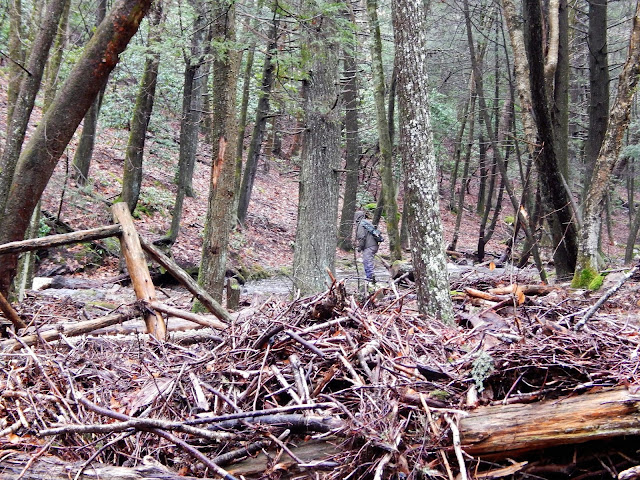 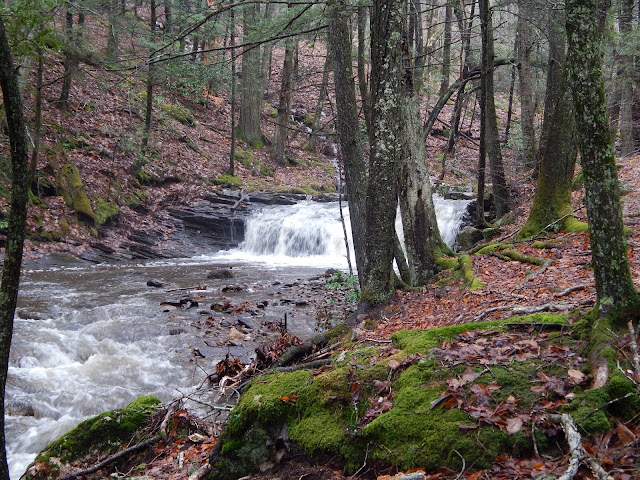 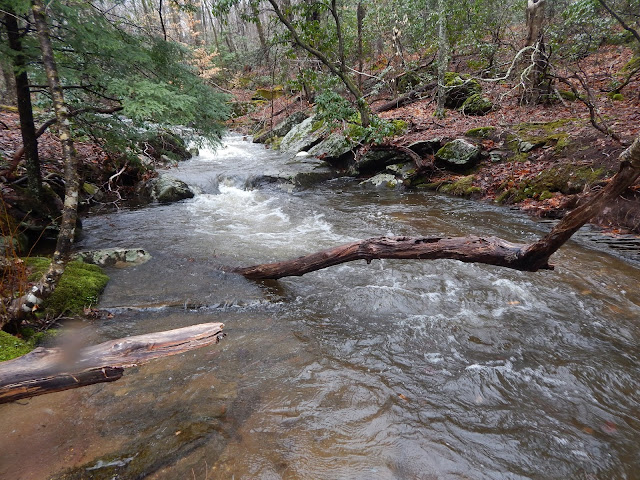 This little pool, at normal flows is so docile and productive was almost impossible to fish. We continued upstream until we saw a small tributary. That little blue line was a gem. It's flow was nice and almost normal. It was in this tributary that the first trout came to hand. 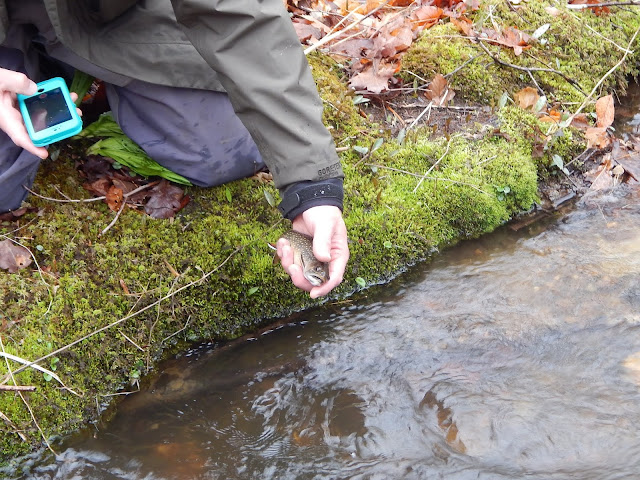 Here Mark is taking a photo of a beautiful brookie. The fish was quite large for this stream and was beautifully colored. It was at this time we decided to fish a third stream, and it turned out to be the most productive blue line of the day. 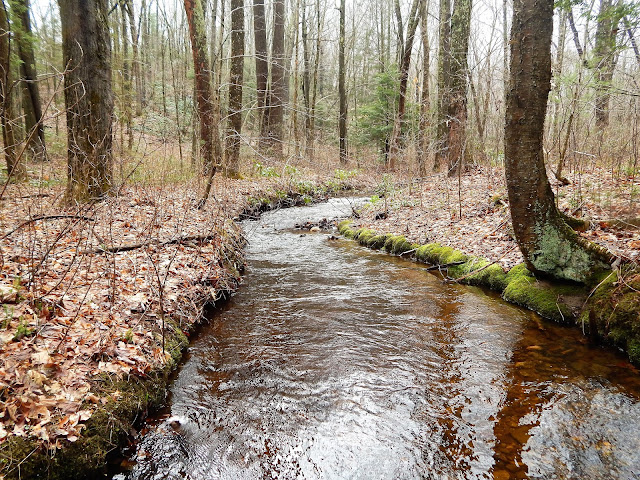 As you can see the stream was flowing nicely. The residents were also playing nice and on my first cast a brookie rose to my fly. 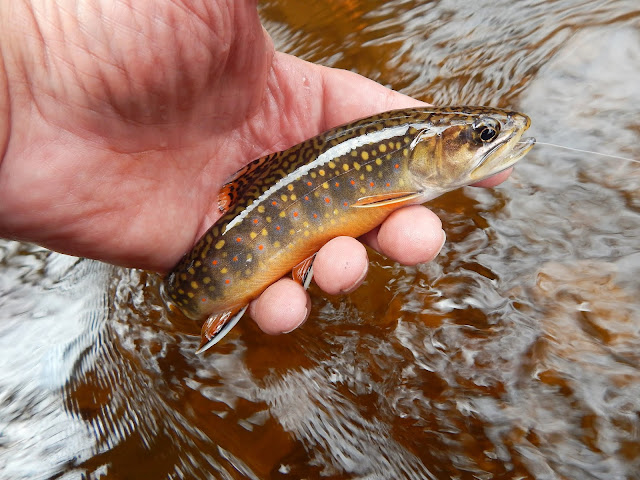 A wild resident of "brook trout forest" he was strong and healthy and vanished into his watery home the moment he felt the cold water. 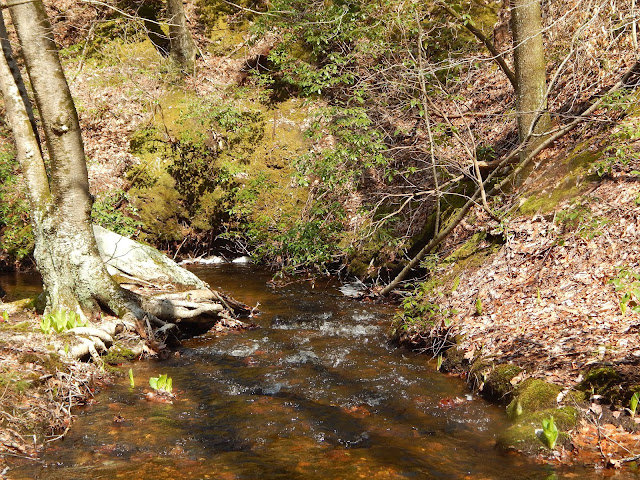 We continued to fish this stream, selecting pools and runs. The brookies were wonderful and this made for a great opening day. 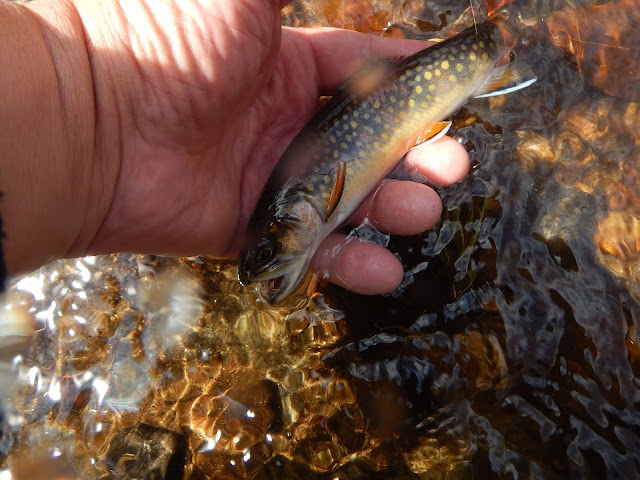 My last fish of the day. Mark continued to fish further upstream. We shook hands on selecting this stream and on how we managed to get a A+ day out of it.