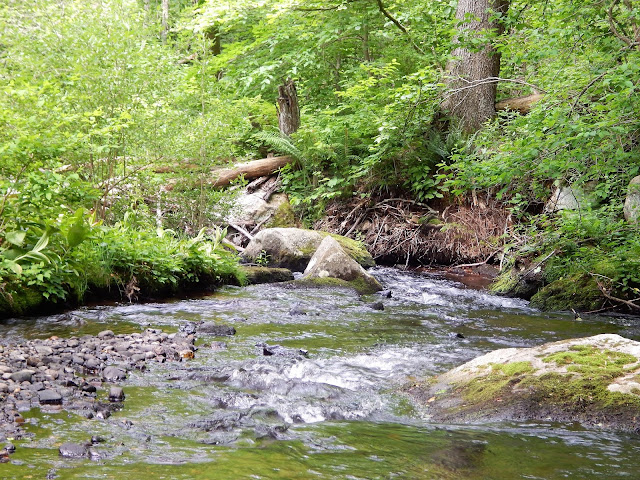 Over the last ten days I have been fishing a stream that I'm pretty familiar with, or perhaps I should say familiar with in certain places. There are areas where I don't venture to often because the area is not very angler friendly. Last week I gave it a try and for the most part it was not to bad. Before I go further I want to say this report is really the first of three concerning this stream. The others will follow. The stream is flowing very good and the flows have moved fish in such a manner you'll find them most anywhere. For the most they have been taking sub-surface flies but the bomber has worked also. A fly that I'm fond of called the Picket Pin has been a staple on my last several outings. The fly is actually a wet fly but works on the surface to. 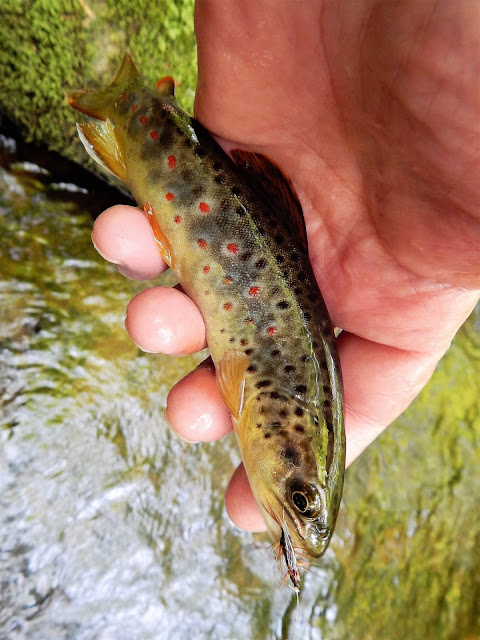 The wild browns have been quite nice. Some holding their color while some have gone sort of silvery. When the light hits that adipose fin it almost looks like it's on fire. 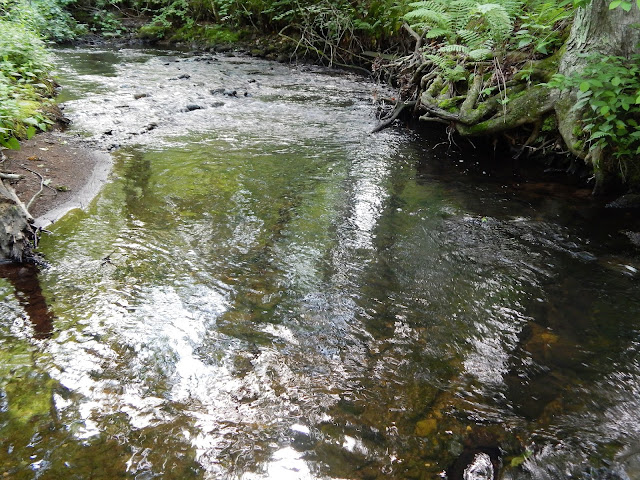 A typical stretch of brown trout water on this stream. A fly drifted anywhere will likely bring a strike. 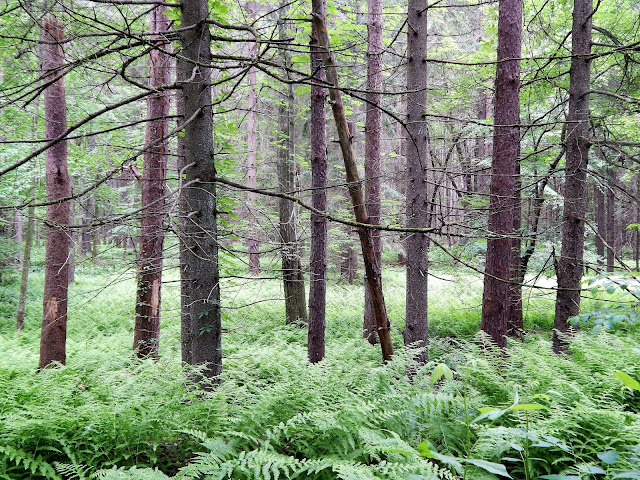 Ferns and more ferns, this is the gentle part before the nasty outback. 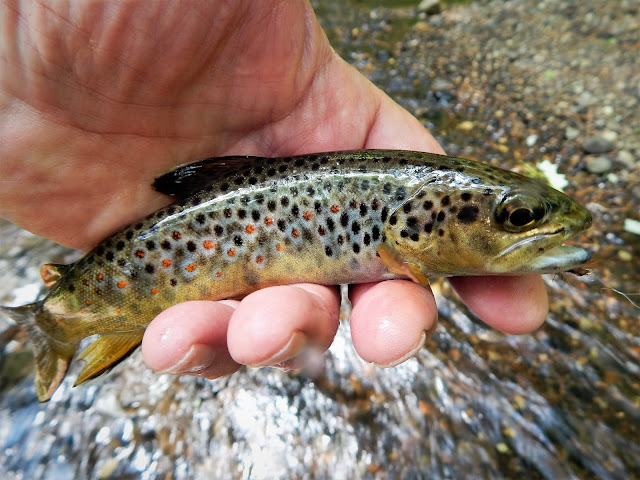 This brown has a silvery look to it. Just a heads up on the next few follow up posts on the browns of this stream. When I got home from here yesterday I tied up three very big streamers.