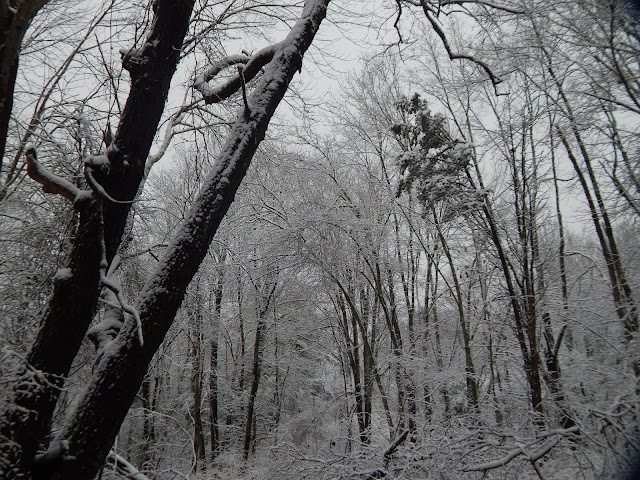 All through October, November and the first week of December the streamer bite has been very poor. Why that is I can't answer. I previous years those months have produced some spectacular days with the streamer and in my last outing I was determined to try to catch a trout on the long fly. The day I chose to fish was the day after a snow event. Walking to the stream was a joy. Wet snow was clinging to everything, it was a winter wonderland. The snow stayed pretty much where it fell and not down my neck. I cast my fly in a very good spot. The anticipation of a vicious hit was there. Cast-strip, cast-strip and no response. I worked 50 plus yards of prime stream and no takers. The morning moved on and several streamer flies were used. Should I go to the pinkie or stay with the streamer? I chose to stay with the streamer. In one pool I took my first strike. As I was lifting the streamer from the water the fish whacked at it. Several more casts and the same thing. It appeared that they were rising to the streamer. I continued to fish the fly just under the surface and that was the trick. 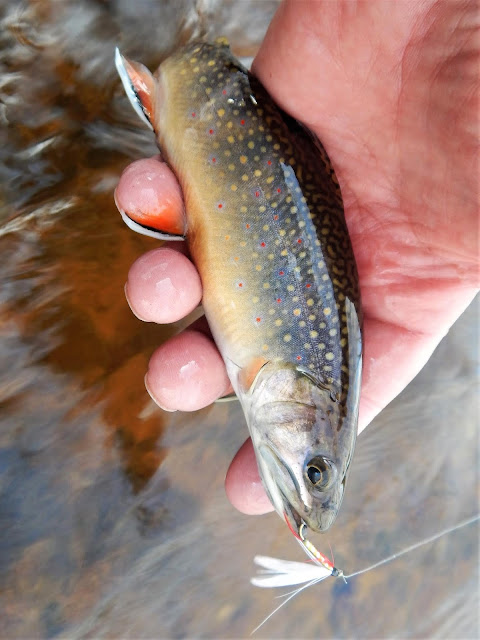 The first one to hand. The fly was almost on the surface when he took it. 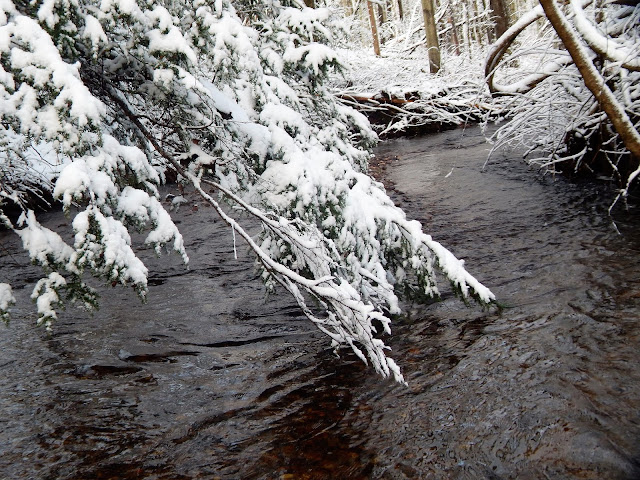 As I fished along I was able to take several other brookies fishing the streamer the same way. 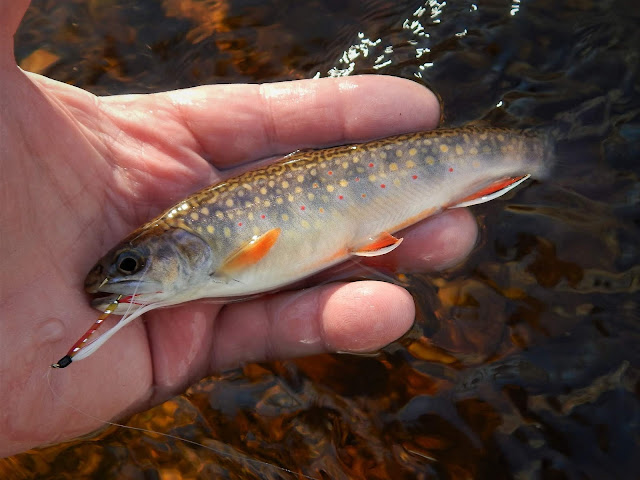 This girl was chunky, apparently well fed but thought may as well add a bit more to the belly. 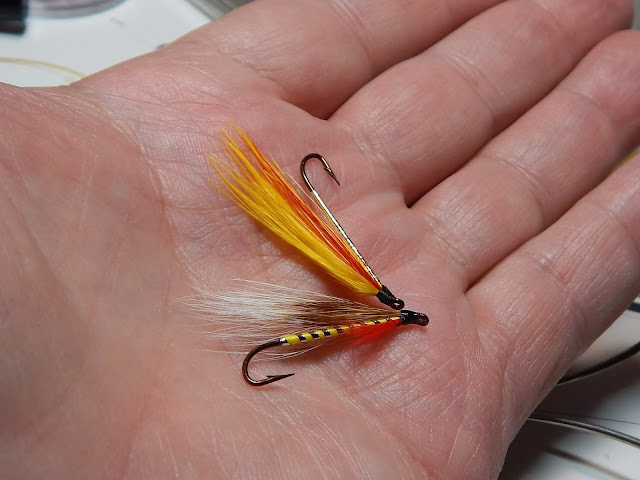 I'm not sure what made the fish react to the top water streamer, I'm just glad they did. Perhaps the streamer bite is here to stay, I hope so. 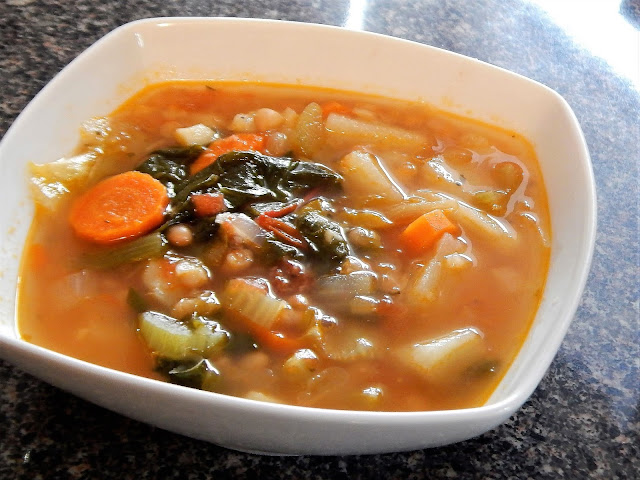 On a snowy day what's better then a hot bowl of Italian vegetable soup?