A session with a north country spider.... 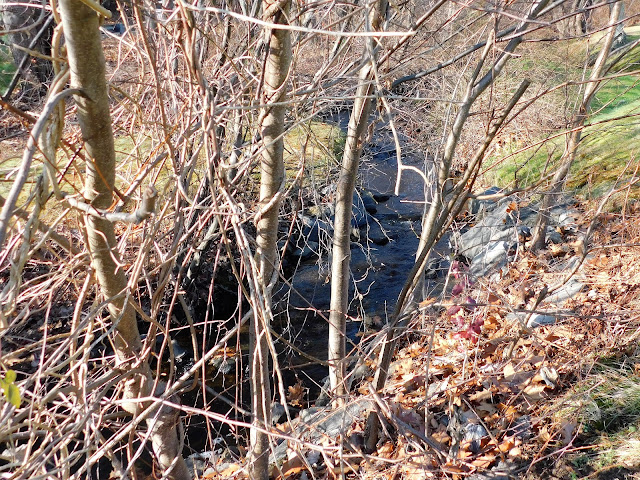 A lovely small stream as it flows through a gentle piece of private land. It's odd in the fact that on one end it's public and the other end it's also public. The piece of private land I was not asked to leave and that made me feel good. There are some tangles here and there but it's mostly open. I did a post on a fly called the Partridge and Blue,  a spider pattern. One of the comments was from Alistair who hales from the UK. He said the fly is popular there and it used mostly in the spring and is fished over sandy bottoms. I gave this fly a workout here and was happy with it's performance. The stream had some riffles and pools, my interest was the pools for it is there where I thought I would find the bottom to the be where this fly would best work. 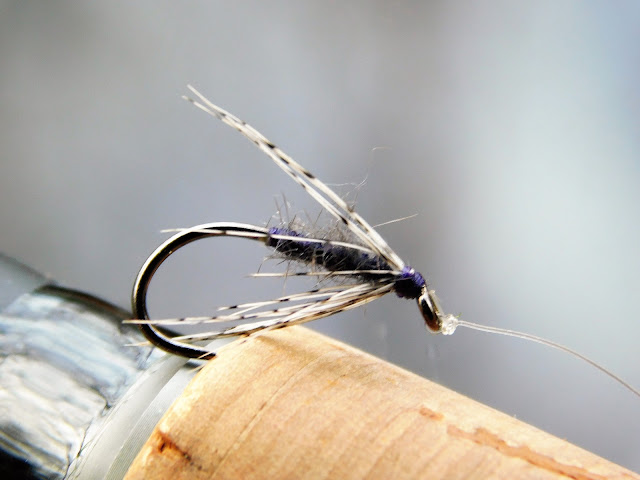 The Partridge and Blue when wet. As you can see it is quite buggy. The sparse mole dubbing has some very enticing movement in the water. 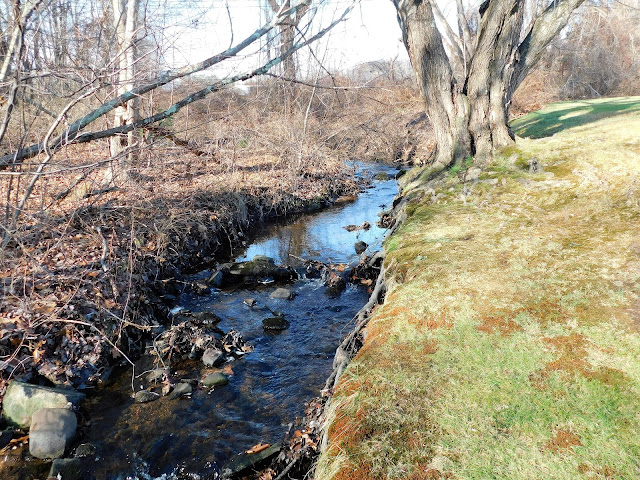 In the pool that starts at the large tree is where I started fishing. The fly drifted and I soon felt a take. A couple of casts later and I had a small brook trout at hand. I then cast into the slack water at the tailout of the pool. The fly actually came to rest on the bottom. In a moment the fly was taken. Mind you there was no movement by me or from the water, truly dead on the bottom. 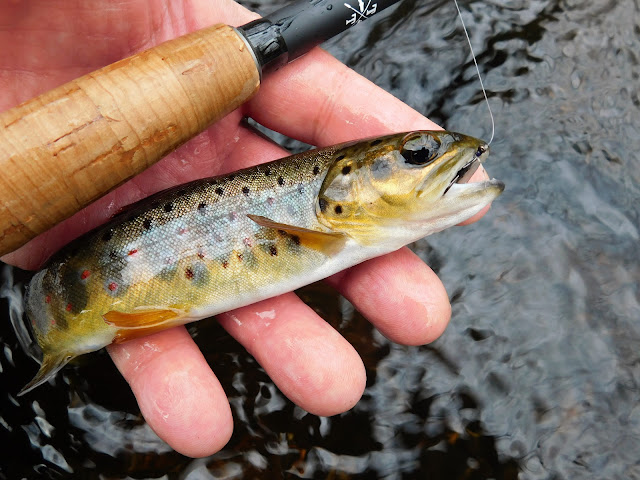 This was the brown who picked up that fly, like a nymph and tore up that little pool. Yes that is the Tiny Ten... 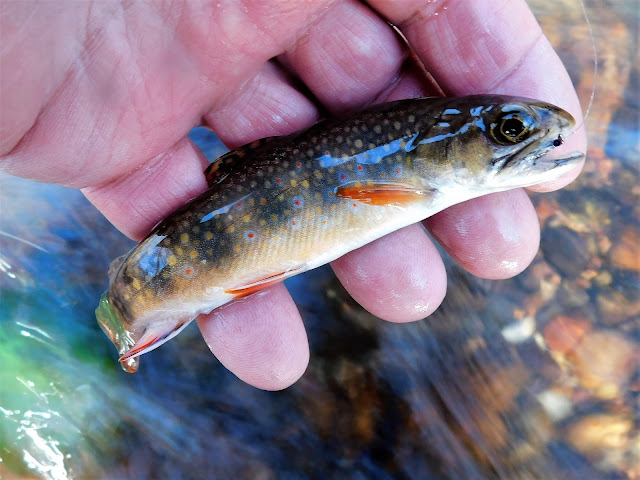 The day gave up an equal amount of brookies and browns and the Partridge and Blue has a spot in my fly box.