A Surprise on A small Stream 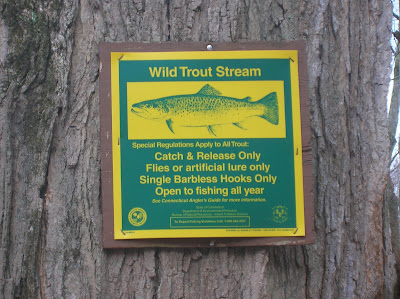 Well according to the weatherman, yesterday was to be the pick of the week. Hearing this I managed to work in a few hours on one of CT's Class 1 wild trout streams.
First of all the weather was not something to write home about, temps were about 40, with a good wind. Water temps 42 degrees, but its probably better than a blizzard.
I rigged up the fly rod with a Bomber, and a number 14 Royal Coachman dropper, and started fishing the stream where I thought there would be some willing takers. I managed several brookies in an hour or so. This stream is one that over the years I have fished many times, it always is good to me. It seems that I seem to work the same runs, pools and riffles that are familiar. I have walked this stream several times in the areas of thick brush and lots of overhangs, very good looking water, but difficult to fish. Feeling a bit adventurous I decided to fish this section. Its long slow deep runs, along with some swift areas just looks fishy. I fished this area for a few hours and it gave up a brown or two as well as something I have only caught twice on this stream in many years. A very healthy highly colored rainbow.
He was the only fish of the day that took the Bomber dry, the others all took the Royal Coachman. 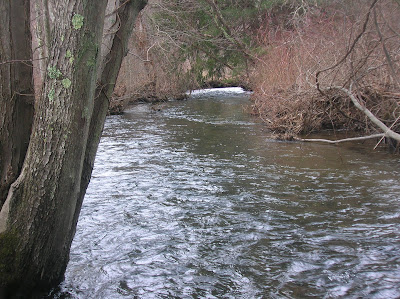 This is one of the deeper, swifter runs on this small stream. 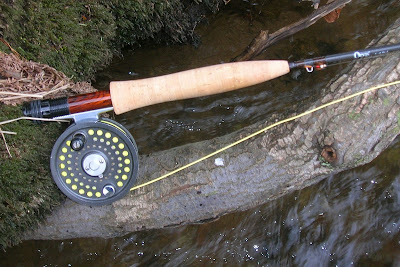 The Small Stream Special, with new yellow line, at the ready. 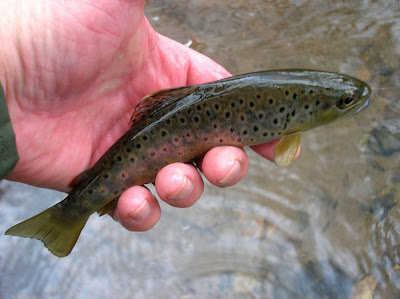 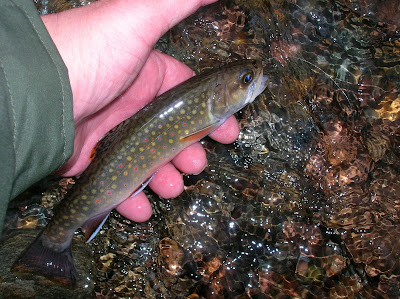 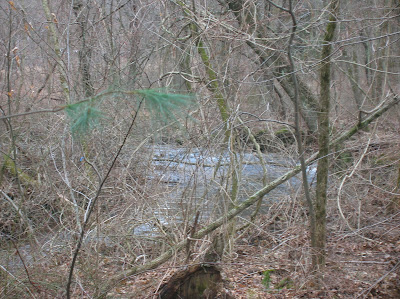 It can get nasty back here. The thorns are sharks teeth. 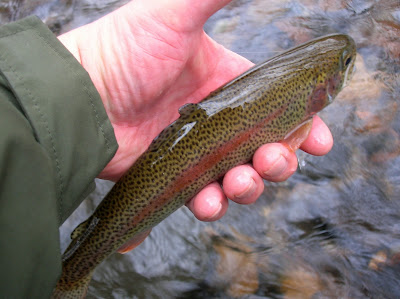 The surprise of the day for sure. Only the second time I've taken one of these on this stream. He could not pass up the Bomber.
Posted by Brk Trt at 11:37 AM