A Ghost, and a Yellow Saddle 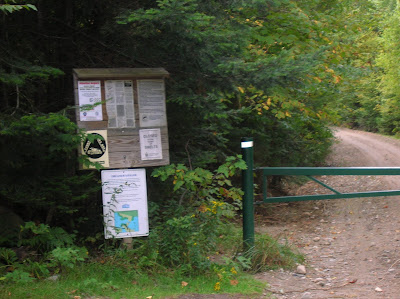 This is the last gate on the road that leads to the Upper Dam pool in Maine.
Upper Dam is between Mooselookmeguntic and Richardson Lakes. Its waters are home to some of the large brook trout and salmon the State of Maine is known for.
It also has the claim to some of the greatest streamer fly patterns ever created.

The road is gated so as to limit vehicle traffic in the lower areas for the camp owners.
I have walked this road many times over the years. A beautiful walk through some spectacular wilderness. Moose, black bear, whitetail deer, fox, can be seen on most days. The smell of balsam can be intoxicating.

Just before reaching the dam there are a series of four or five old camps. These have been here probably since the early 20th century. The camps have names such as "Stagger Inn", "One Horn" etc. But one camp always stood out from the others. "Upper Dam Blacksmith's Shop". I don't know if it actually was a working blacksmiths shop or where a blacksmith lived. I don't know why I never asked how the name was given to the camp, but it was the name I have chosen for the first streamer in this post. 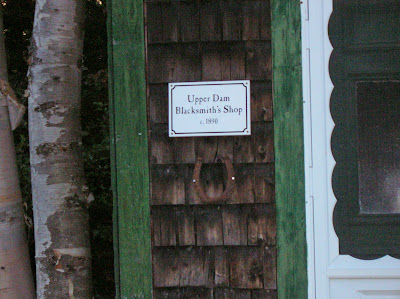 The camp as it sits on the road to Upper Dam 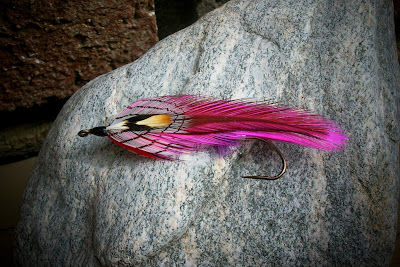 While sitting at my desk the other day, I looked at a bright yellow saddle laying on a book of Fran Betters fly patterns. A few thoughts went through my head, a good looking streamer can come from this. While Fran is not noted for his streamers, his other patterns are well known.
So with a few more ingredients thrown into the mix I created this streamer. 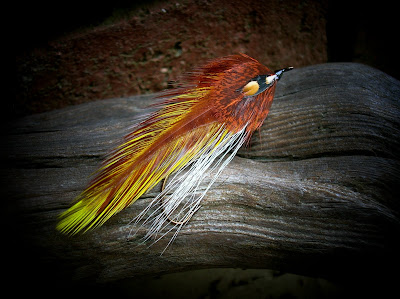