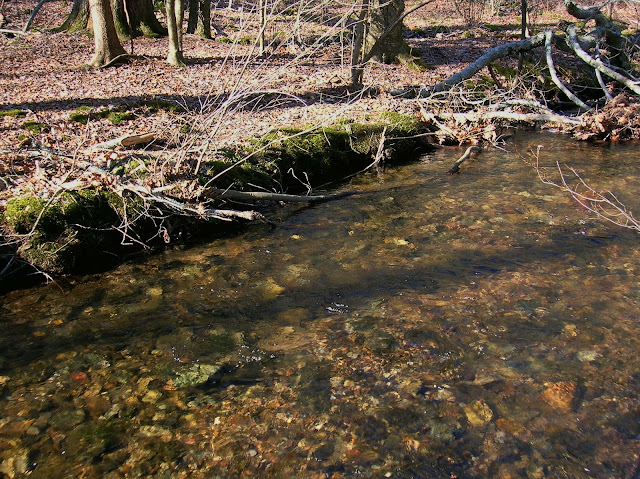 Yesterday's temperatures topped out at around 58 degrees, not to bad for the &th of January. With a few hours to fish I headed for a wild trout stream. It's a Connecticut class 1 stream, this designation states a stream that has self sustaining populations of wild brook and brown trout. There is no stocking and artificials only with catch and release. Being located on state land, and with the warmer temps this brought out many people, families with there children. This is a wonderful thing, kids out enjoying nature instead of being indoors in front of TV's.

So with so many people in this particular area I chose to fish another part of the stream, a road less traveled so to speak. It was in this area I recieved an education from some wild trout.

In many of the pools and runs I observed trout rising. There were midges and small stone flies about, but I could not determine what they were feeding on. So for an hour or so in different locations along the stream my offerings were refused for the most part, and when a take happened a shake of the head and the fish was gone.
I did manage a few to hand but not what it should have been with so many active feeders.
It was a lesson taught to me by some educated wild fish. 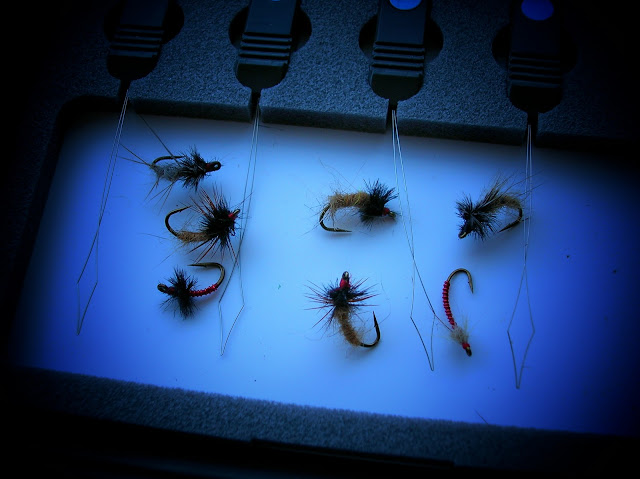 An assortment of flies I thought would serve me well. 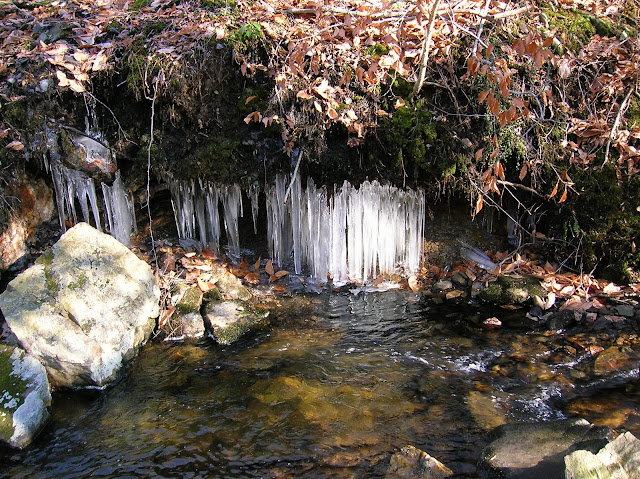 Ice that had formed was melting in the warm January sunshine. Crystal fingers falling into the stream 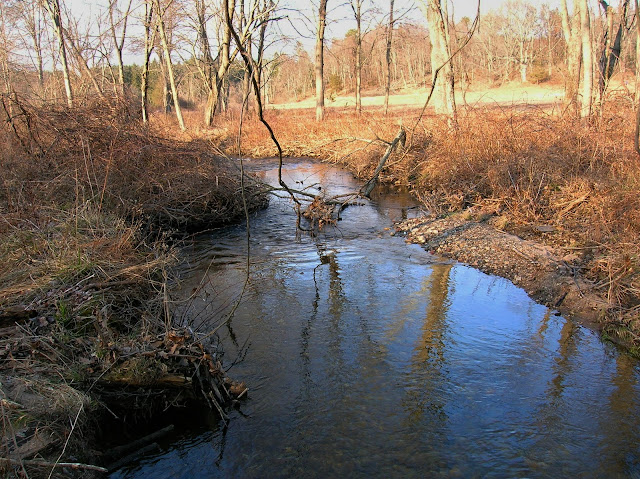 Long pools and the riffled waters in between were full of fish, some rising and adding to my frustration. The banks were lined with thorns like sharks teeth, I must do some trimming for sure.

But the cut legs, a few thorns in the face, a sore back, and wet feet, were all worth it for the opportunity to photograph this brook trout. 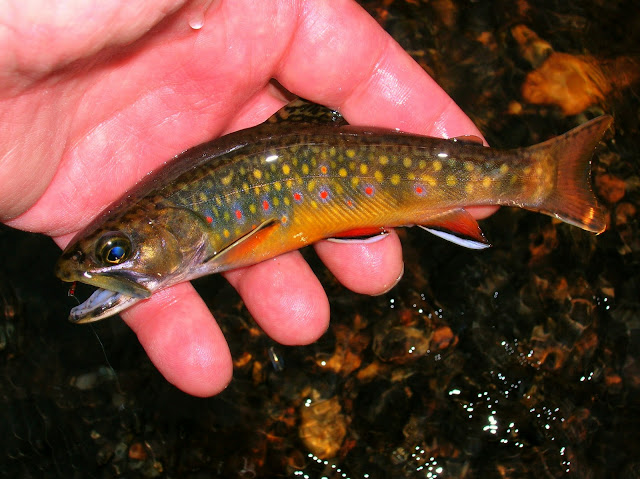