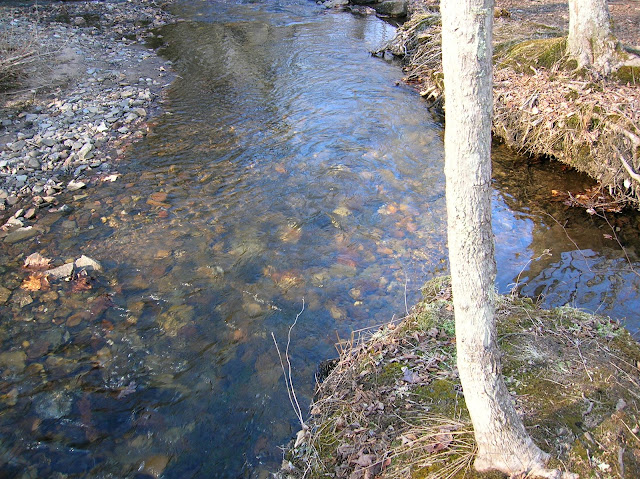 Tuesday was going to be my last day to fish in February. A month that saw winter as we know it in New England fail to make an appearance. The summer of 2010, and the winter that followed were very harsh taking a toll on the wild trout living in these small streams. But nature was kind through the summer past, giving ample rainfall and cooler temps allowing a fine comeback. This winter has been just so kind. Mild temps have produced insect activity usually reserved for late April. No anchor ice to wreak havoc, and trout being able to move freely in the streams from riffles to pools.
As I fished this last time in February, the sun was friendly, making you feel warm. The trout were in a "lets feed on the surface, but don't get hooked mode", and that's all right by me. There were several times when I observed a brook trout rise to the fly, follow it and swim back to his position. Those that fish for brookies just know how non selective they are. I love it when they change the plan.

As I was starting my walk back to the car this day, I was going to fish a few last runs and pools. The sun was beginning to slip behind the hills that surround this little stream, creating dark shadows upon the waters. As I approached a deep undercut I let the little dry fly drift, it soon stopped its movement and disappeared. I lifted the 2wt and felt his tug, and a few seconds I held a beautiful healthy male brook trout. He was photographed and sent back to his dark lie.
As I placed the fly into the hook holder and turned to walk, I said "Thanks" 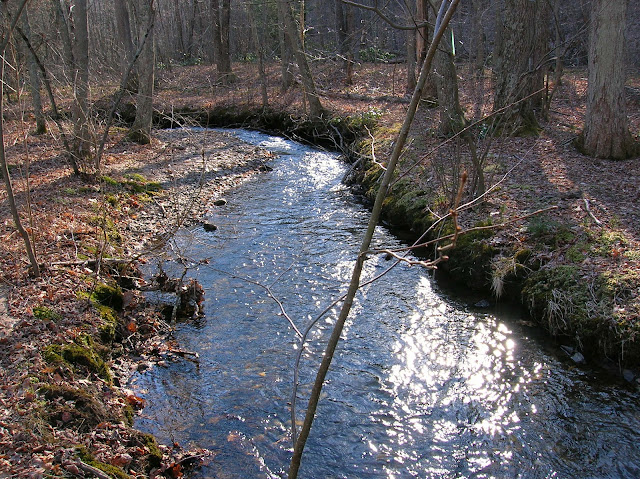 The suns rays coming off the riffles. 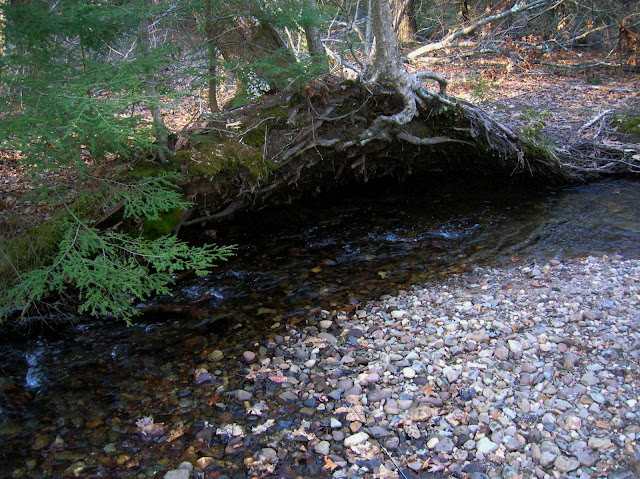 The deep dark lie of a wild brook trout. 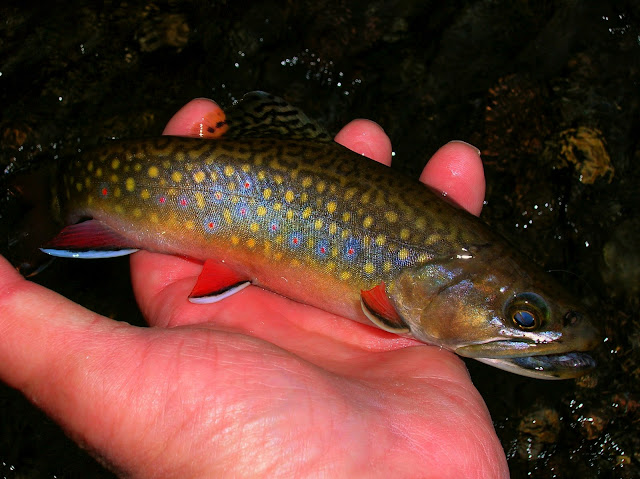