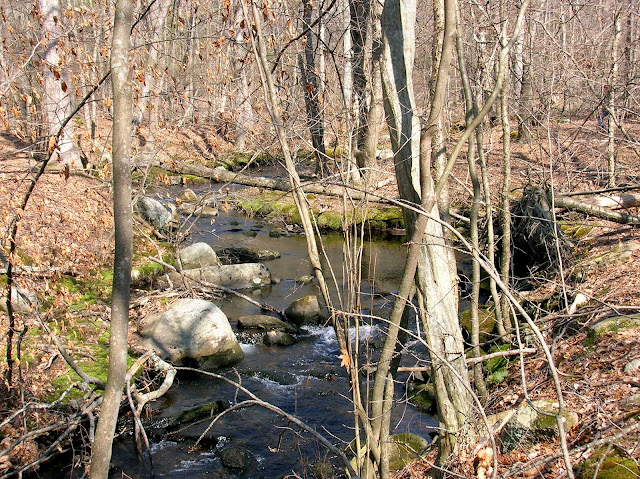 Fished this wonderful small wild trout stream. It's a stream that holds both browns and brookies. And like previous visits there have been stone flies hatching in droves, but not a lot of trout rising. Now in a large tail water with various species of insects you would say the trout have choices and stages to dine on but in a small stream it's eat the one that's there or go hungry.
So my thought was they were feeding on the nymph, which might have been the case, but with my not liking fishing with this type of fly I had the choice of a wet or a dry. I chose the dry, a reversed parachute emerger. It is a simple pattern as far as materials go, but tying it can be a bit of a pain. It's a pattern first brought to my attention by fly tyer and angler Roy Christie.
Well my decision proved to be OK for the trout responded, and the makings for a fine outing began. 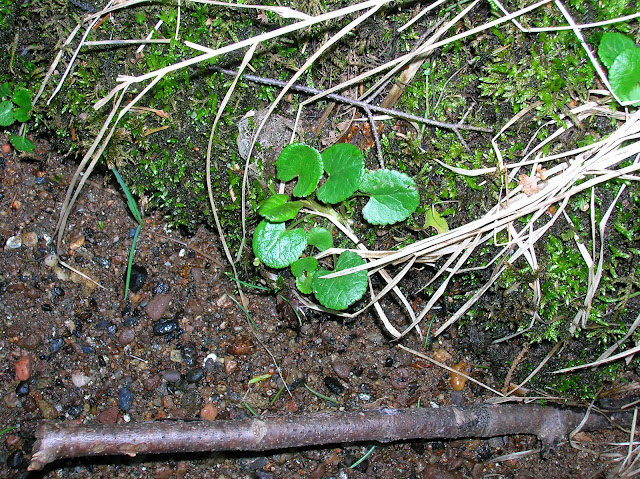 Spring, the first greening up of stream side vegetation. 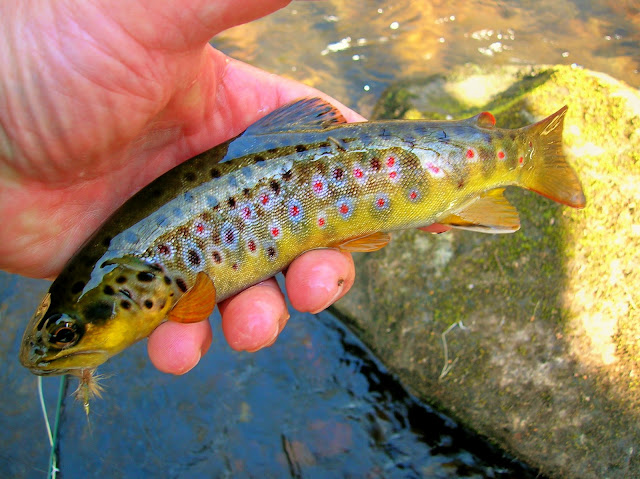 A handsome wild brown and the fly he could not resist. 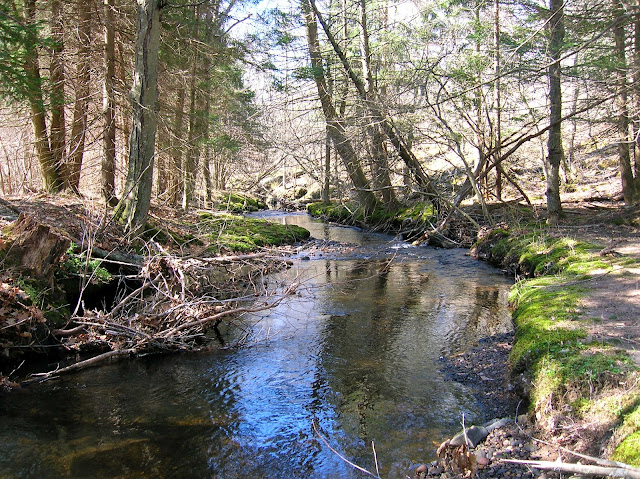 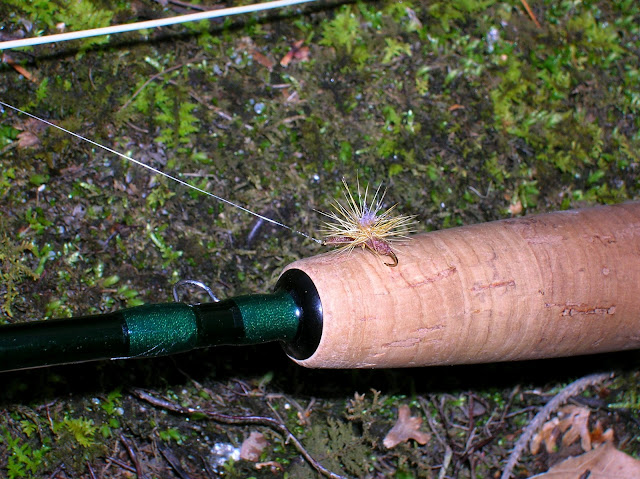 Accept for the tying of the parachute at the rear of the hook it's a pretty simple pattern. 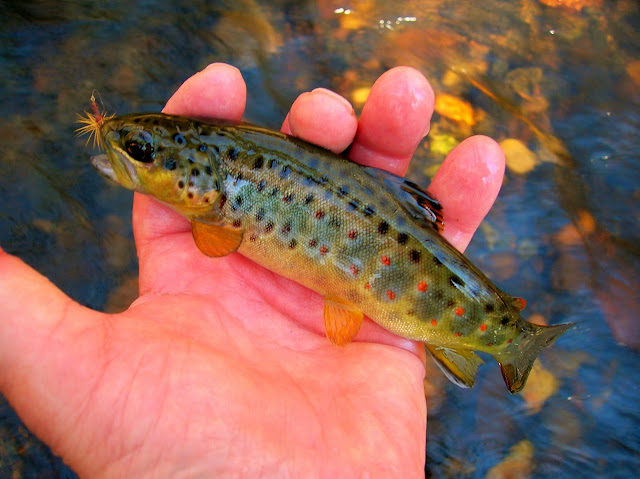 Another resident who could not let that struggling fly be. 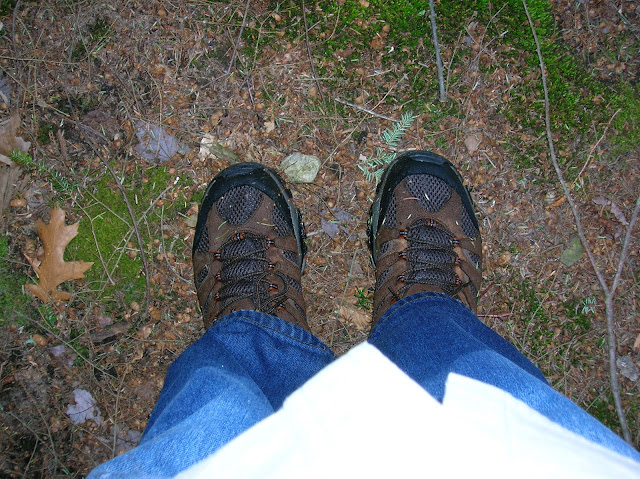