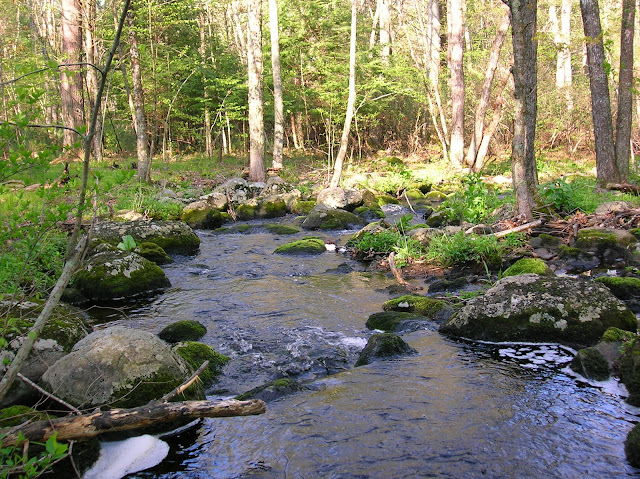 This is the first part of a two part post on two wild brook trout streams. These streams are about six miles apart and flow through a pine, hemlock and hardwood forest. The streams have almost the same type of structure consisting of plunge pools, large boulders, small rocks and runs and riffles. The insect life is about the same for these small streams caddis, mayflies, but the hatches are not as prolific as some of the larger rivers in Connecticut, and lots of land based insects.

I selected my number one fly for small streams a Bomber in an attempt to bring a brookie to the surface. Fishing the likely holding places I sent the Bomber prospecting. It wasn't long before the fly worked its stuff. A splashly rise and a miss. This same thing happened many times that day, but it also produced several hookups. 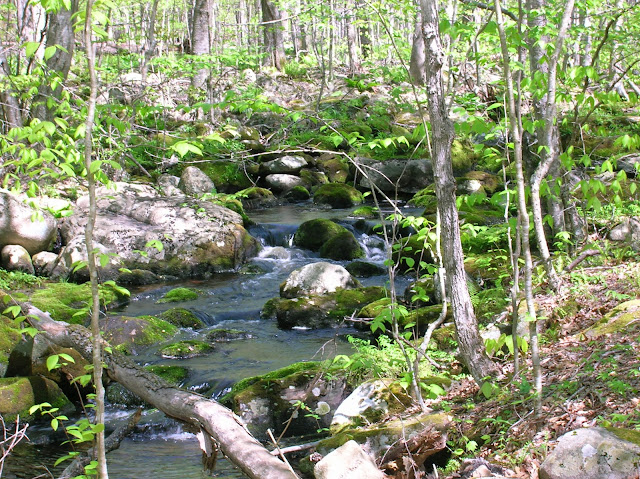 One of the solutions to cutting down on the short strikes was to use a wet fly, a Picket Pin. They seemed to readily take the fly and the hookups were better. 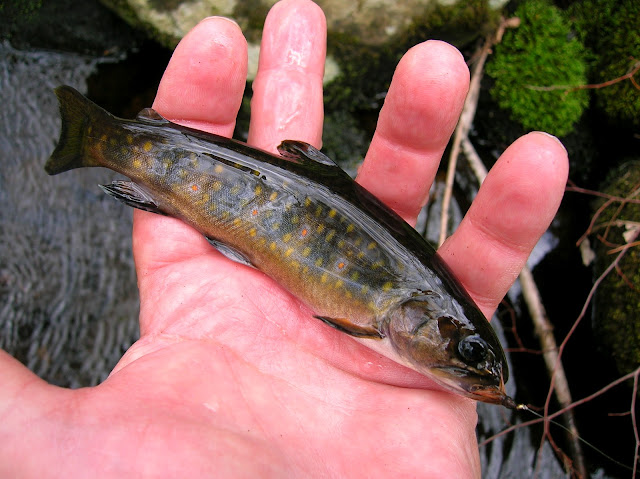 This is the difference in brook trout in the two streams. The brookies in this stream are very dark, some almost black. They say that a brook trout takes on the colors of the stained waters they live in. This stream was tea colored. This fellow liked the Picket Pin. 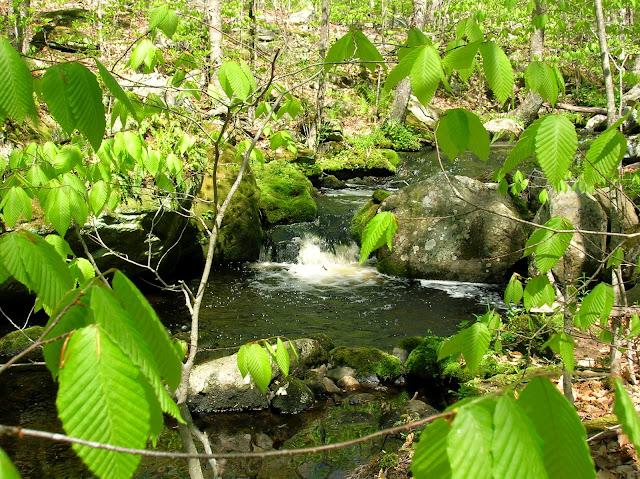 I love these pools. They always hold a trout or two, and they are just beautiful to look at. 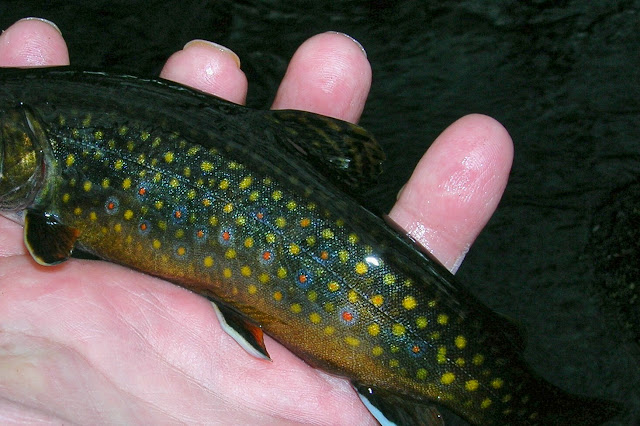 These are a few more of the dark colored brookies the live in this stream. 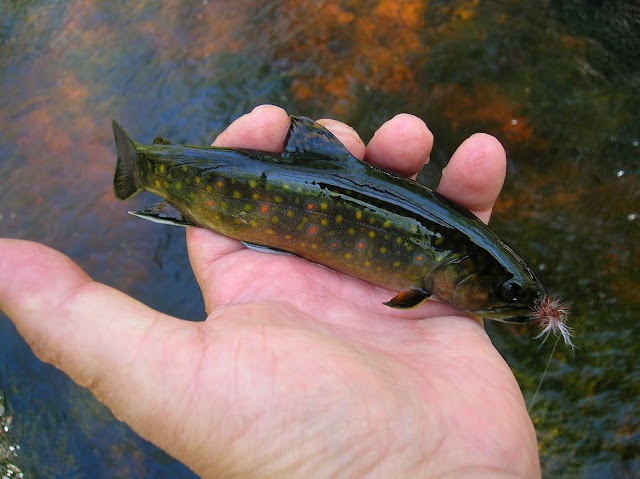 Here's one that I managed to take the Bomber. 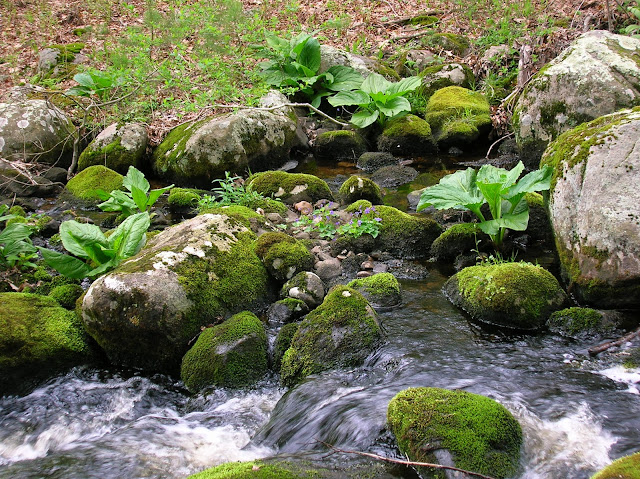 If I fished this stream all day and never caught a fish it would be a successful day.