An Outing For The Birds.....Salvaged 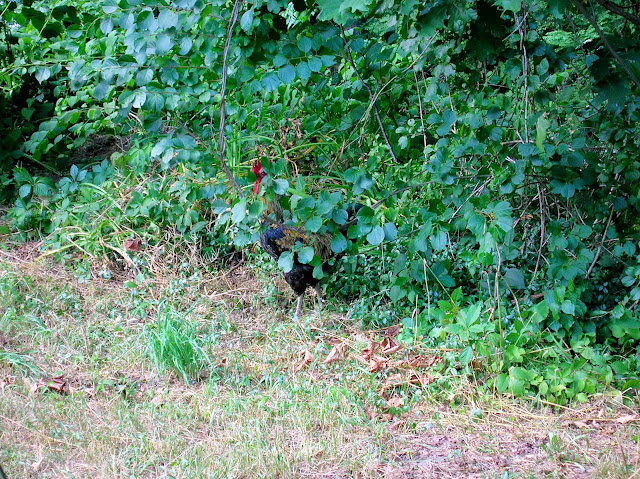 Yesterdays outing proved to be one of the more interesting ones this year. I arrived at the river late afternoon, I chose a section that was fast flowing and narrow, with plenty of shade. I tied on a Bomber and started fishing. After many casts I had no interest paid to the fly I offered. I continued to move down stream and the result was the same. While fishing I could hear the crowing of a rooster. I looked around and I could see nothing. Continuing to move and the rooster kept up his morning talk in the afternoon growing louder all the while. Convinced I should seek a more productive area of river to fish I climbed out of the stream a walked to my car. As I approached my car I could see a rooster in the brush looking at me. Not knowing what he was going to do I walked slowly while taking my camera out to take his picture. He had some beautiful badger hackles, and seemed to be OK with me there.

Just as I was going to place my rod in the car and leave a Jeep pulled in and the gent said my name. I did not recognize him. He stepped out and introduced himself as The Fisherman. He was a gent I had been conversing with on a fly fishing forum for years. He was there with his young son and they were about to do some fishing. It felt good to finally meet him. 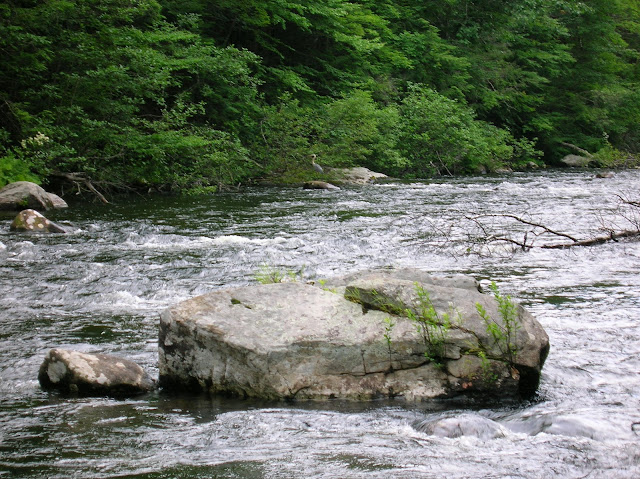 Moving to another area I soon realized I was in the company of another bird. A Blue Heron was working the shallows for his dinner.

Well let me see if I can get on with the fishing. This was to be one of those evenings, all good, but for who. I fished four different areas of the river, using a variety of flies. I had numerous fish rise to the fly and missed. I had many hookups, some of the fish put on great fights, but not a one to hand. I must be loosing it. 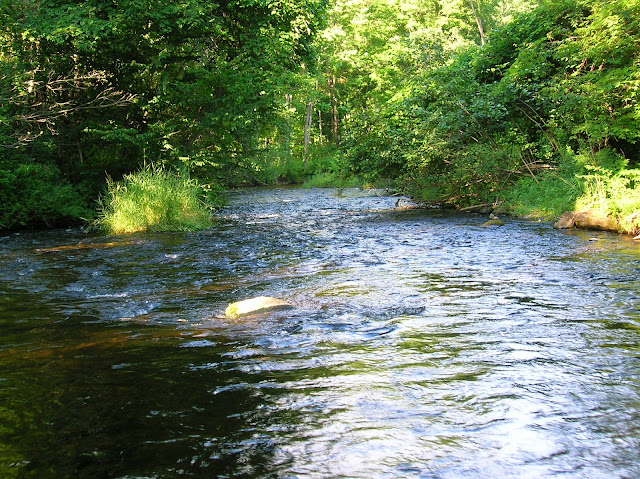 At the final spot I fished, as the day was coming to an end. I drifted a CDC caddis down a broken piece of river. I could see the nose of the trout under the fly. He followed it for a second and then he took it. A few strong runs and a leap or two and he was in my net. A photo and a few moments to help get his composure back and off he went.

Well maybe I'm not loosing it after all. 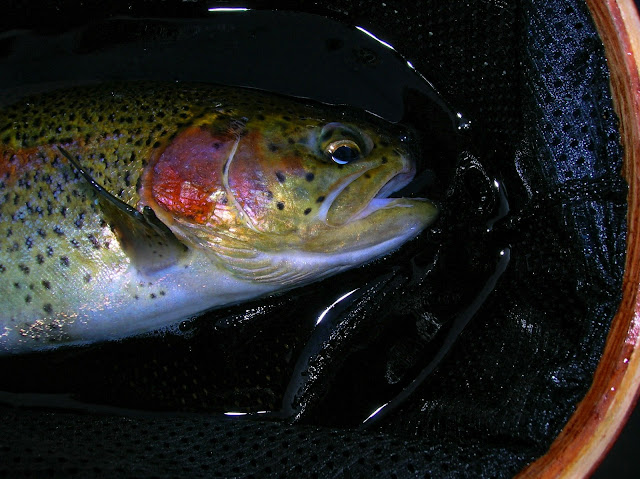