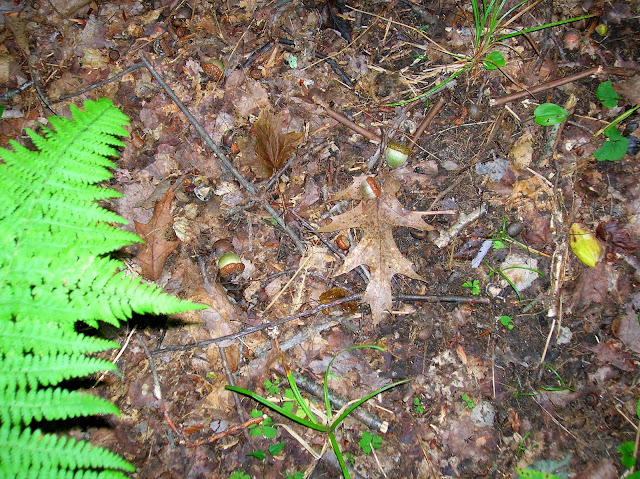 It's only the first of August. There is a lot of hot weather ahead of us and summer is not leaving soon. But there are changes taking place that show the season is going to turn.

This subtle change showed itself to me yesterday as I fished a small stream. As I walked I noticed that the oaks were dropping acorns, they were all over the forest floor. And there were signs of color on several leaves that had fallen into the water. While this may not seem monumental it is a sign of a wonderful season about to come upon us. 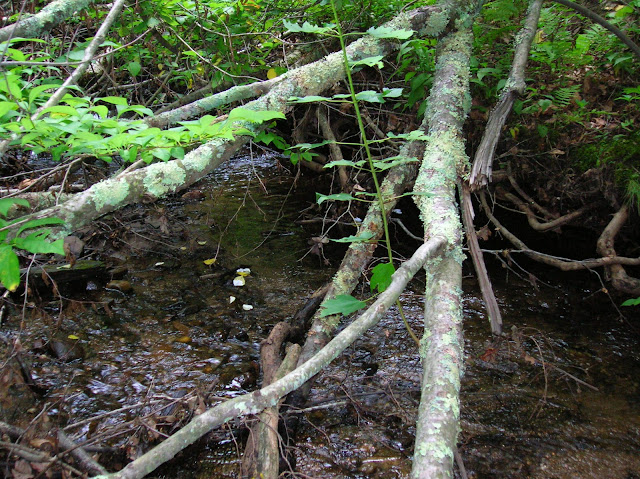 The weather this day was cloudy, with a few breaks of sun. The stream was low and clear. A water temp was taken in several locations and it showed 62 to 64 degrees. With hiding places like this the brook trout will always have protection. 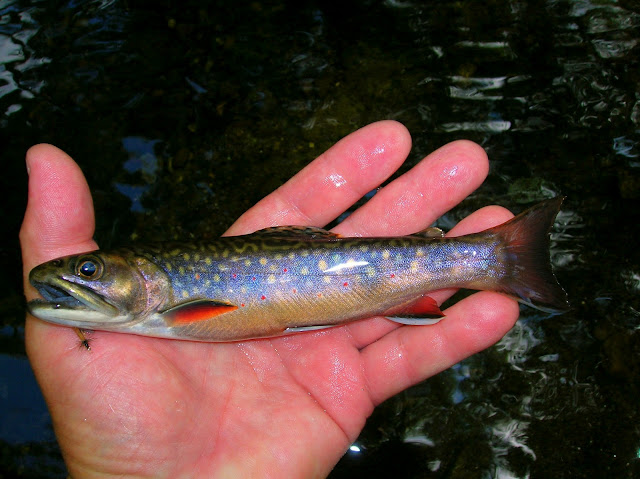 I fished with several flies this day, from Bombers to caddis to inch worms. They all worked well, for I found the trout to be very aggressive taking the offerings if placed within striking distance of their cover. This male brook trout shows some of the subtle changes taking place. 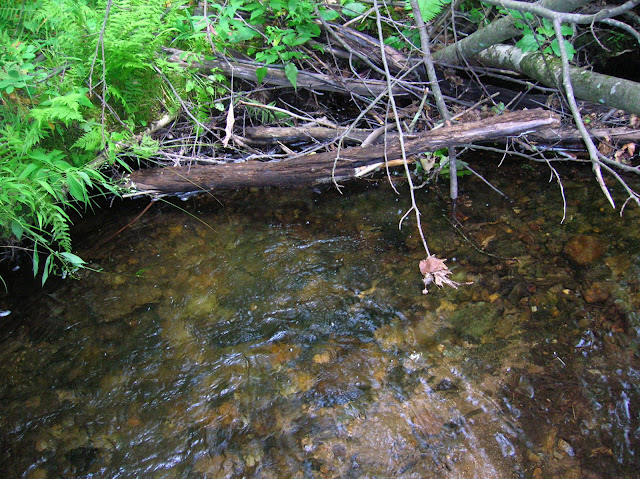 Woody debris, this surely holds a trout. As the fly drifted a orange flash darted out and took the fly. This happened in a split second. Moments later this beautiful wonder of nature lay at hand. 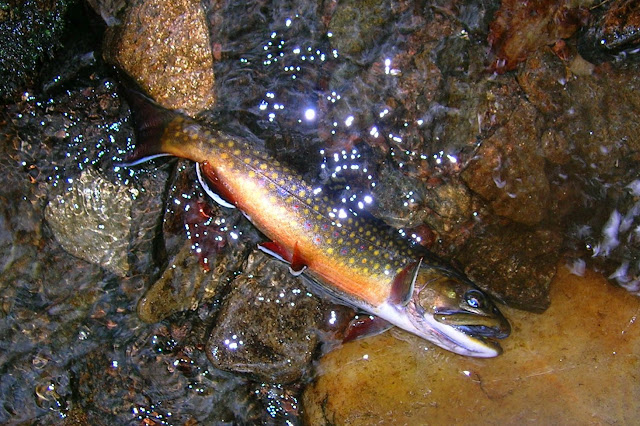 A wild male brook trout, its jaw starting to show a hook, and the colors in is body showing the changes to come. 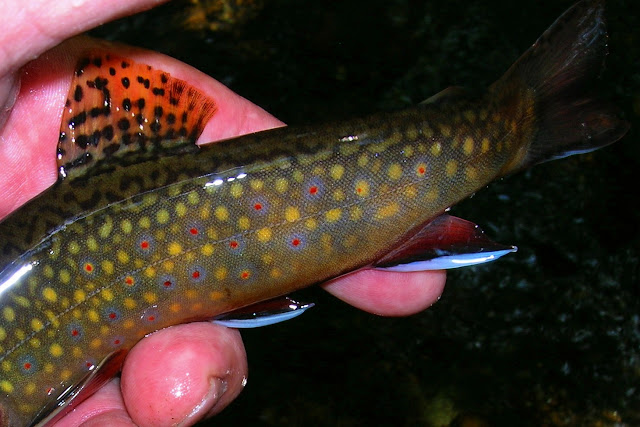 It's only August, but the brook trout say changes are on the way.