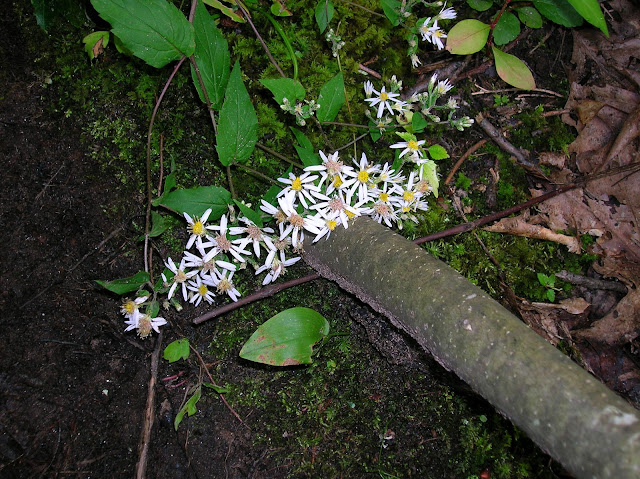 The rains over the last day or so helped to bring the levels up, plus the cool 57 degree night all contributed too a fine few hours on a small brook. The forecast this week is for cooler temps both day and night, something we are all happy about.

As I walked the dirt path leading to a starting point where my fishing begins I noticed these flowers. They were clustered in groups around the water and path. My impression was that of stars forming a navigation line for me to follow. I walked to the streams edge and put my hand into the water, it felt so cool. I then reached for the thermometer and dropped it in and allowed it to set on the bottom for a few moments. Lifting it out I read the temp as 60 degrees, wonderful. I monitored the temp as I fished and it was to remain constant along the brook. 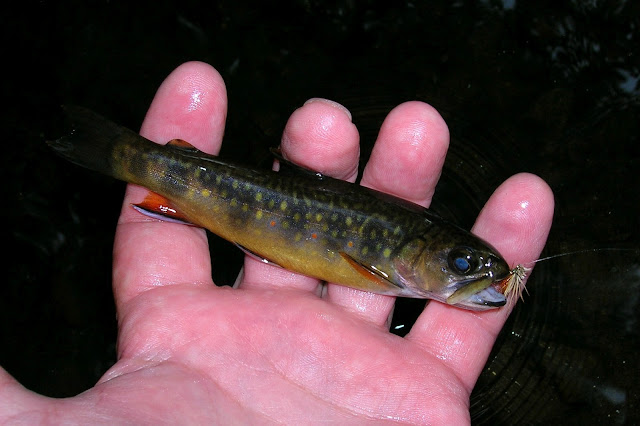 I had tied on an Elk Hair Caddis, from a previous outing and so that was the first fly fished today. I cast it into a likely run and soon a willing combatant took hold. The 2wt did its job but I didn't and the brookie became a quick memory. Moving to another dark riffle with a submerged log, I floated the caddis right along side of it and Bam, the little guy took the fly. He was beautiful to hold for second or two, it's something I can't describe fully, and I never tire of. 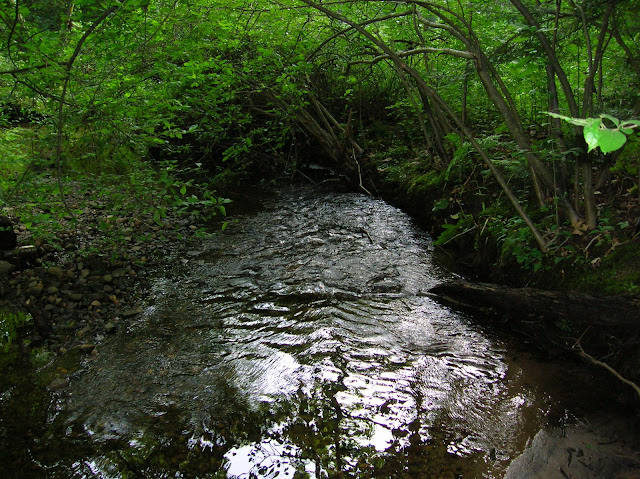 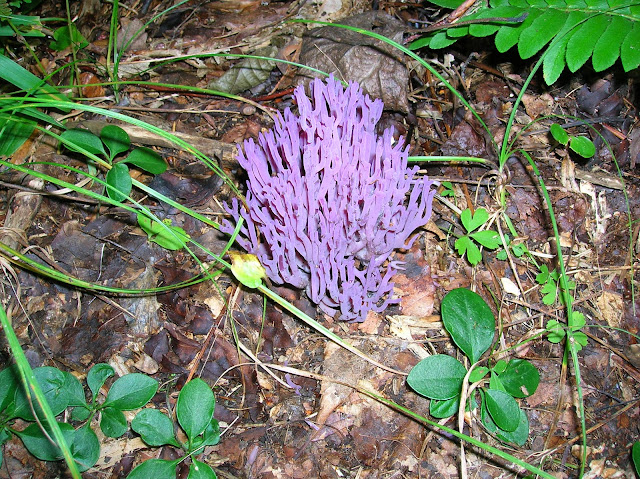 Wild beauty along the stream. I've seen these now in two colors and they're beautiful. 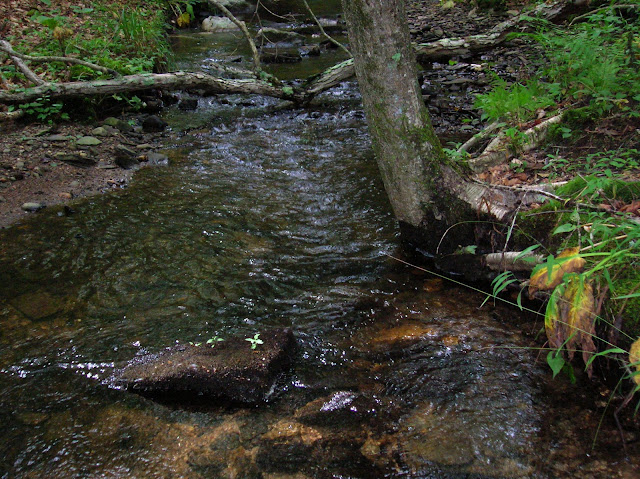 Today was a day when not only did the brookie take the fly, but the brown. I have fished this stream for many years and until a few years ago have only taken brookies. Now the wild brown is here. I usually take one or two a year in various sizes, but I've accomplished this early this year. Well today I caught my third one of this year. He was taken in a thin rapidly moving piece of water with a nice undercut. By far the most colorful brown to date. His red spots jumped at you. I noticed the fish was hooked in the fin and he was released without a photo. 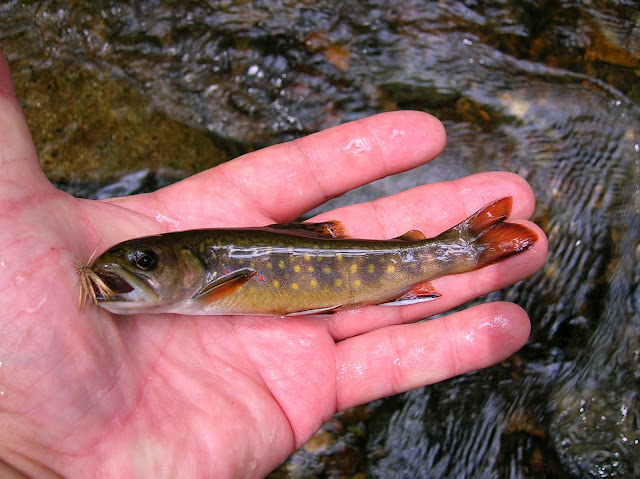 Being able to have the good fortune of holding one of these wild ones will bring me back another day.