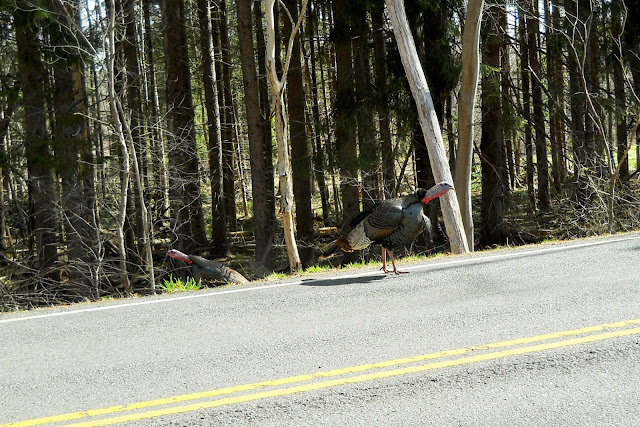 Fishing small streams over the years I have encountered many wild creatures. Some of which have been rare and some pretty common. Here's one that is common and rare at once. While driving to the parking area of a stream I saw two wild turkeys on the edge of the road, very common this time of year, it's what they did next that was very uncommon, at least to me. They were gobbling very aggressively at my car. At one point they attempted to chase a truck traveling in the other direction. This continued for some time until one started for the woods, soon the other followed. They continued to gobble as they left. 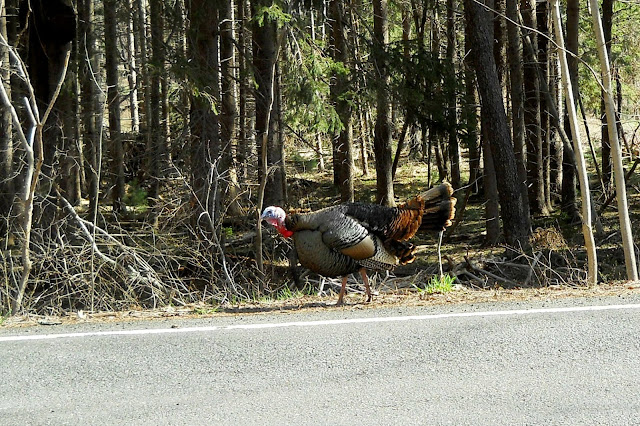 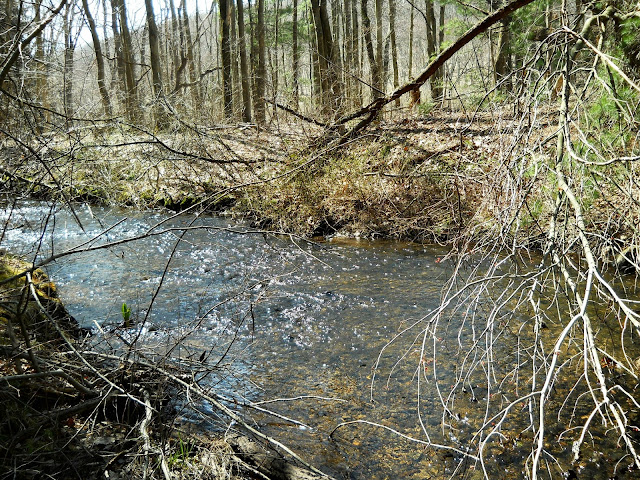 A beautiful spring morning. The stream was in great shape, and a few bugs in the air. This is a place I never overlook while fishing small streams. Shallow riffles flowing into somewhat deeper water. Such was the case today. The wet fly drifted through and was taken by a feisty wild brookie. 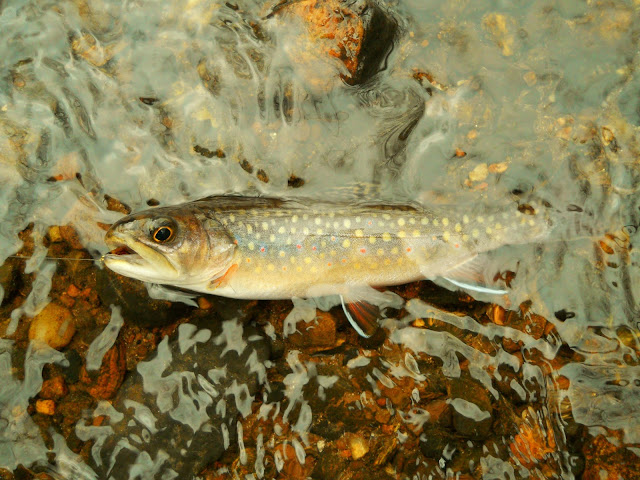 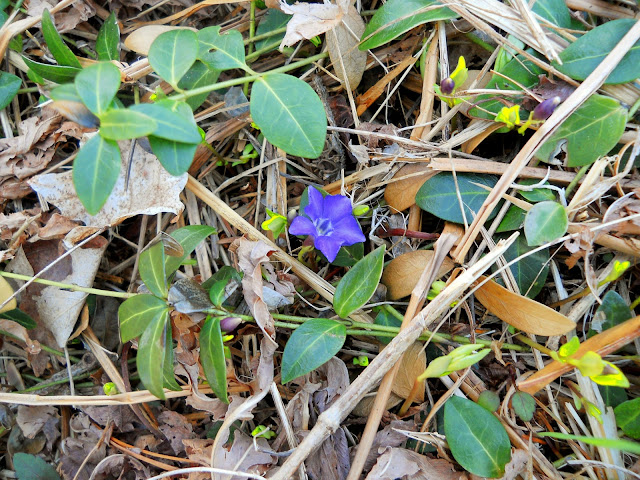 I came upon these all clumped together. Looking closer I noticed some yellow flowers just about to bloom. 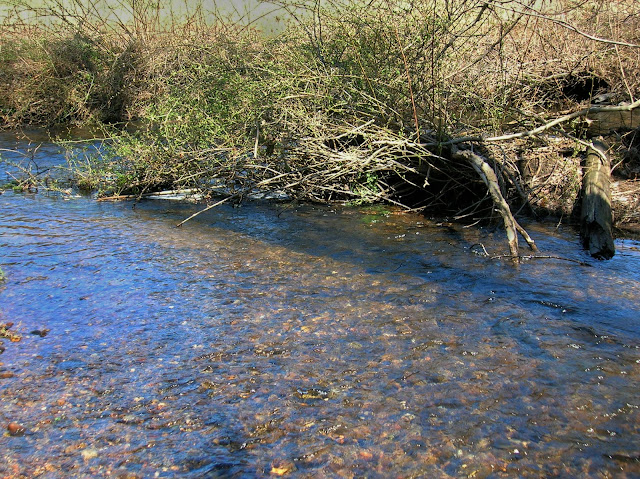 Another one of those shallow riffles. The fish was lying in the soft seam. It didn't take long for the fly to be eaten. 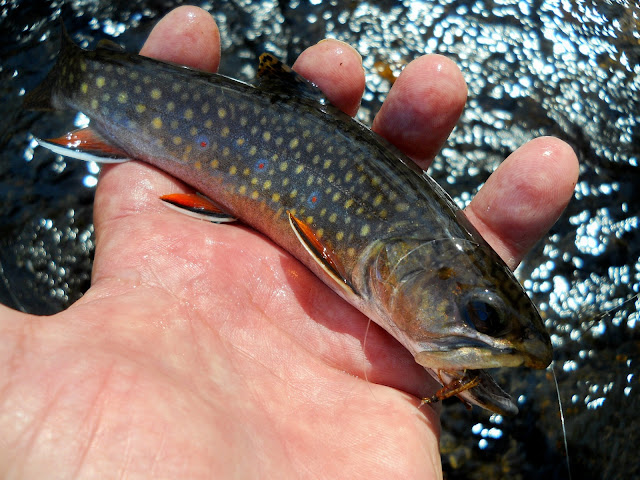 All brook trout are beautiful no matter what season they're taken. But this one was stunning. When first lifted from the cold waters his colors were so vibrant. It's to bad the camera can't capture them. 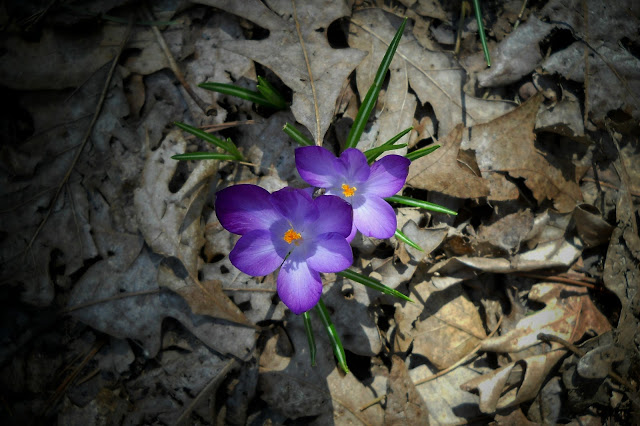 More colors of new life, growing through the dead remnants of winter. 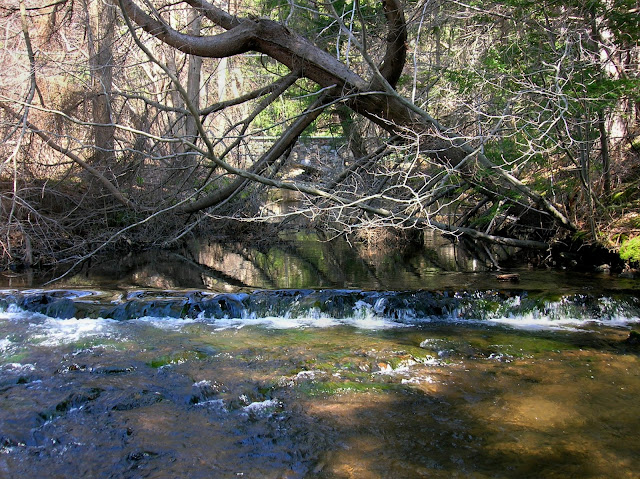