Could There Be Something To This 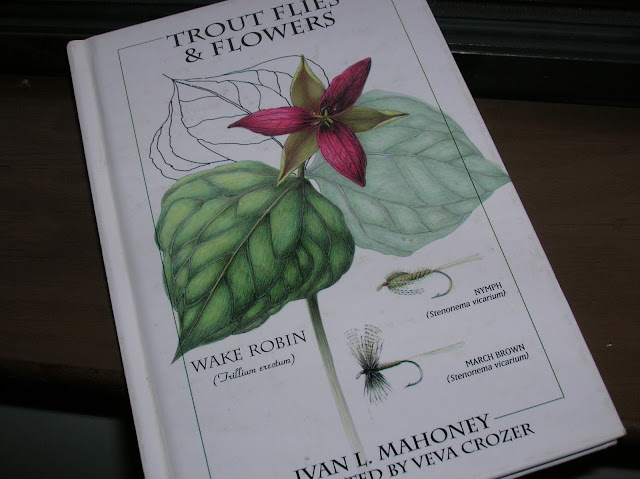 I purchased this book years ago because I enjoyed the concept of matching insect hatches with the timing of flowers blooming. The book is informative and easy to read, and authored by fly anglers. Small streams do have insect hatches, although not as prolific as larger rivers. The wild trout that inhabit these small streams are usually not selective and will eat anything that looks like food. Then again if you have a lot of one bug coming off the bottom and hatching it's most likely to catch someones eye, namely the trout.

Yesterday I decided to test the idea out. Knowing that Trillium was about to bloom I carried a variety of March Brown flies. The book claims that Trillium and March Brown mayflies go together. The patterns carried were Catskill style dries, a soft hackle wet, some emergers, and parachute dries. They were all of the basic colors of the March Brown. 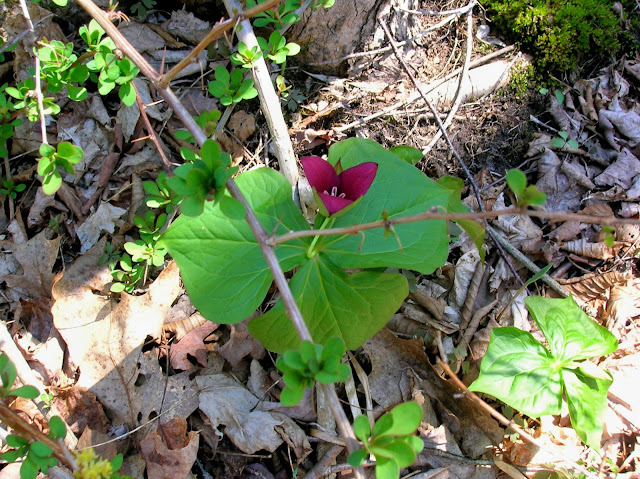 The Trillium was in bloom, and they were beautiful. Later in the afternoon I noticed a few flies in the air and tied on the Catskill dry. The fly was not taken, even with a long tryout. The soft hackle produced a few hits and one nice brook trout. Next the emerger was tried and it brought several nice fish to hand. But the parachute March Brown was the best. They really attacked it. 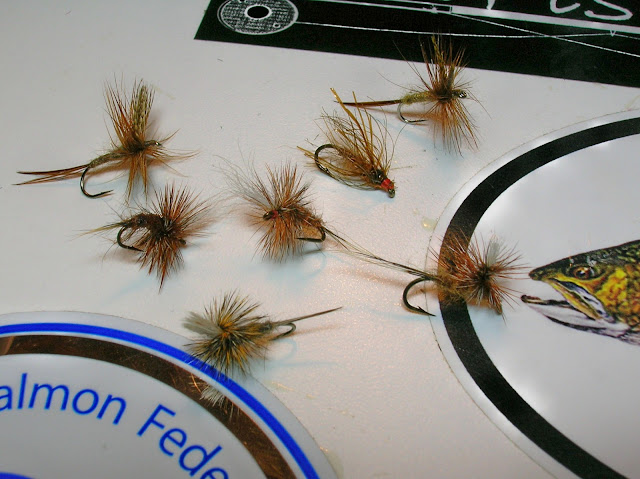 The assortment of March Brown look a likes. 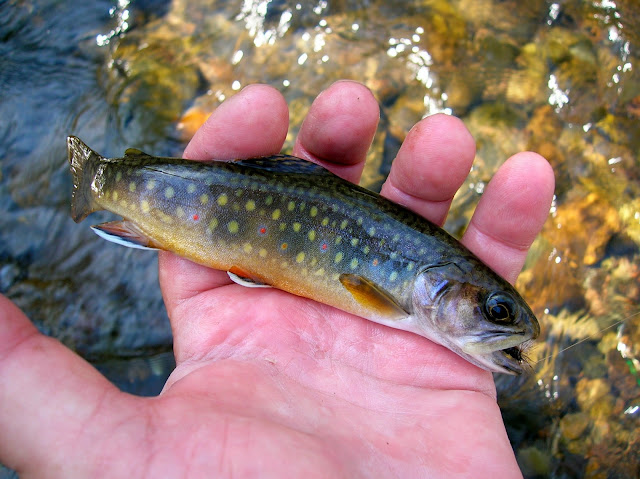 Is there something to this "Trout Flies and Flowers"