Before the heat....a small stream. 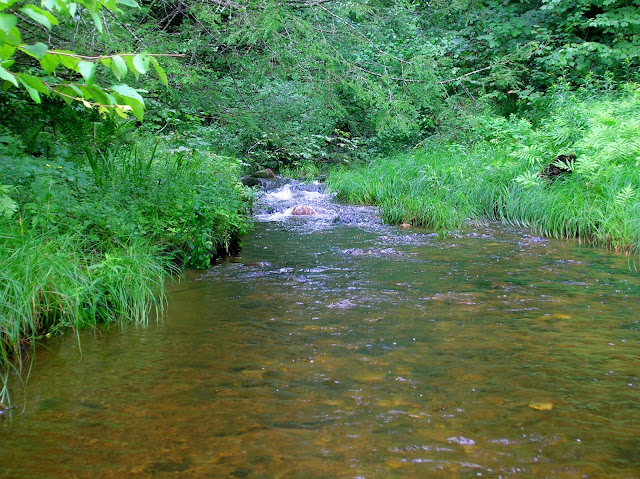 Before this nasty heat invaded the north I fished a small stream that is located pretty deep in the woods. I fish here several times a year and with the rain that had fallen in this part of the state I figured there would be plenty of water in the stream. My thoughts were right and I found near perfect conditions, the only flaw were the masses of biting insects.

I had been fishing the faster water at the head of the pools and had several hits along with a few hookups. The air was so still that you could hear the water moving even in the small pools. 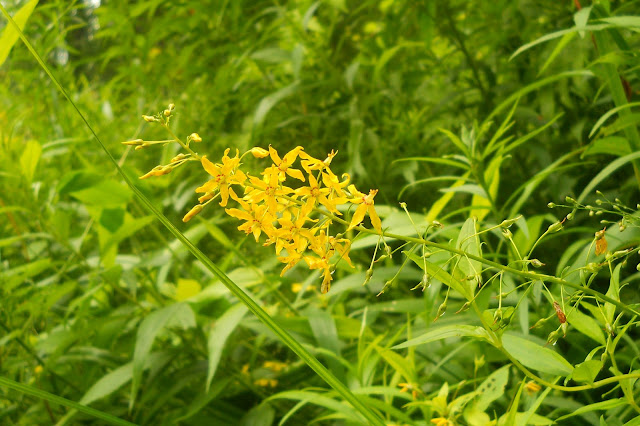 The vegetation was so lush, and the blooms strikingly vibrant. 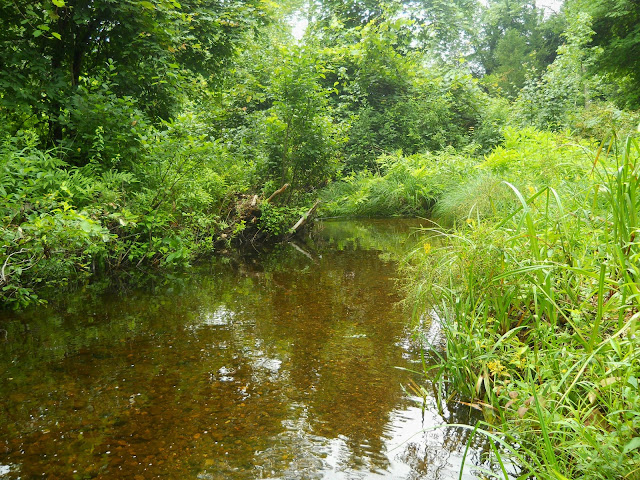 As I approached this pool I noticed a few dimples at the far end. I changed flies from the bomber to a beetle, I would have used an ant but left that box in the car. I let the beetle drift to the rises and it was sucked under. I set the hook and soon a wild dace lay at my hand. A shake and off he went. I sent the beetle off to hunt several more times and he came back empty.

The water was so clear and smooth, so much so that a bomber would not be called on in relief of the beetle. So I tied on a low profile parachute. The fly drifted ever so slowly toward the deep pool by the bank. A splash, then weight, and the tussle was on. 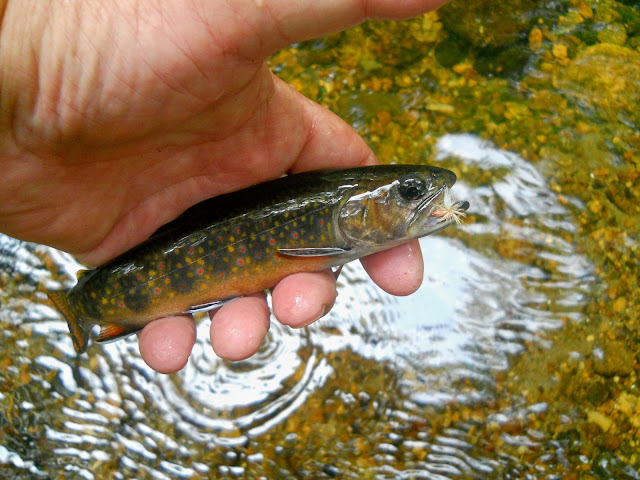 Soon this wild jewel was at hand. A quick photo and a thank you and off he went.