How it's done. Welcome to the Farmy, John 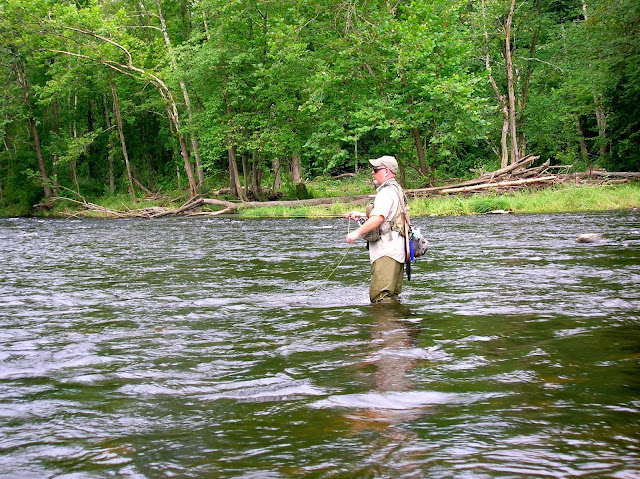 Yesterday three of us teamed up to introduce John,aka Apache Trout aka "Ravine Angler" to the joys of the Farmington. John a resident of Connecticut has never fished the Farmy. Pete and I took John to one of our special sections. We told John what fly to toss, set him in the right spot. On his very first cast a brown rose to fly and missed. It was a wonderful start to a good day.

We fished several locations on the river with various degrees of success. Mark joined us later and we continued to fish. While this was a day of not being able to determine what they wanted we still managed a few. 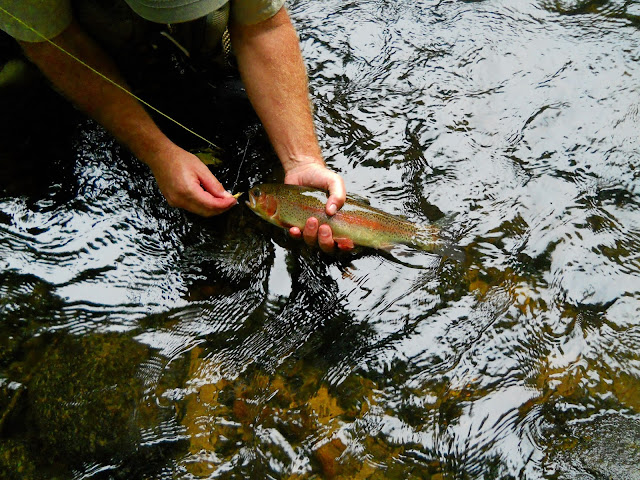 One of the highlights of the outing. John while fishing a Hornberg streamer a beautiful rainbow struck. After some coaxing John was able to bring it to hand. "Nice fish buddy". 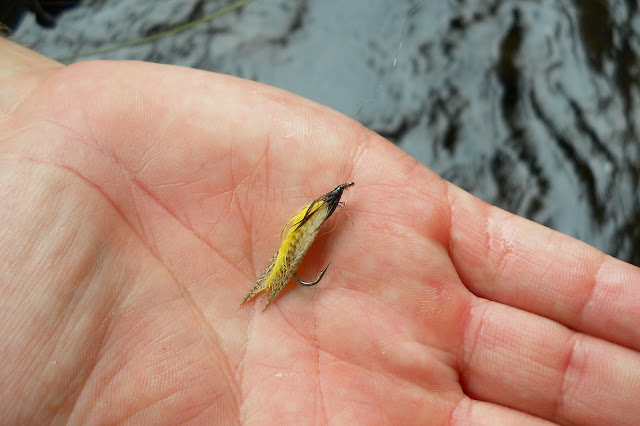 The Hornberg streamer. Tied by John himself. I hope you put that fly in plastic and retire it.

Around 6 o'clock the trout started rising. Soon there was a hatch on of something I could not determine. They were tiny and the fish were gorging themselves. I tried many small flies and could not get a single taker. At one point a trout rose literally at my foot. After an hour of that humiliation I moved to faster water. My hookup ratio improved. A brown and two brookies.