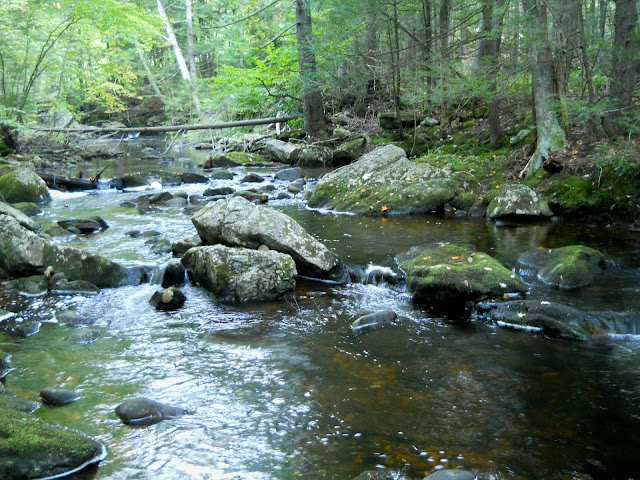 Yesterday was one of those wonderful crisp mornings of early fall. I went downstairs opened the door and put my head out I could feel the chill. We have had a few chilly ones this month but this was by far the coolest. After some oatmeal and coffee I headed out for the stream. It was still dark as I drove, but one could see the sky starting to shed light. I arrived streamside and it was light enough to do what was needed to get ready for a few hours of angling. As I said it was a chilly morning, so chilly I had to wear my fleece jacket on top of the flannel shirt I had on.

I made my way to the water and tossed out the fly. It was a Bomber, cause that's what was tied on from the previous outing. Working the pool I soon realized a fly change was needed. So I tied on a Picket Pin wet. I put several of these in my box the night before for they were what I had been tying for a future trip to Maine. 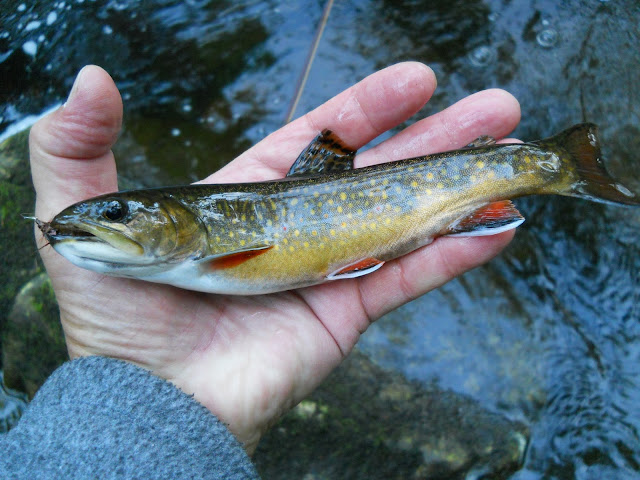 Well it didn't take long on the third cast as the fly was just under the surface a swirl was seen but the fish missed it. A few casts later and the brookie was hooked. A cool crisp Autumn morning and a wild brook trout in hand. 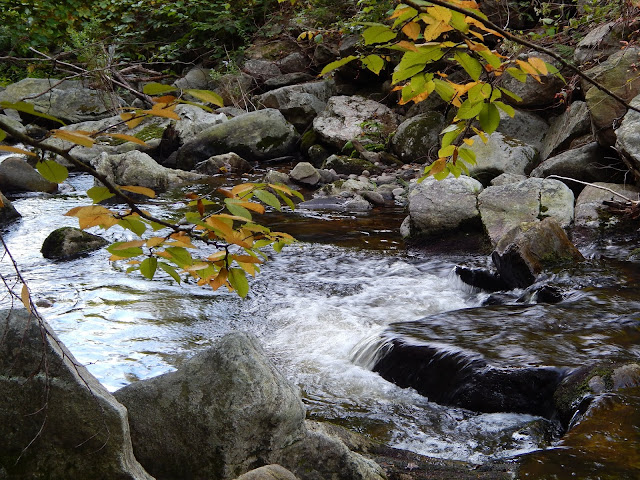 In a short but deep pool I sent the wet fly on a mission. It was a location that looked to be a good place for a brookie to hold. The strike came and the battle began. Several times I brought the fish close and several times he would have none of it. Finally I gained control and was able to put my hand in the water and lift the surprise fish up. It turned out to be a brown of somewhat generous size. I admired him and sent him on his way. 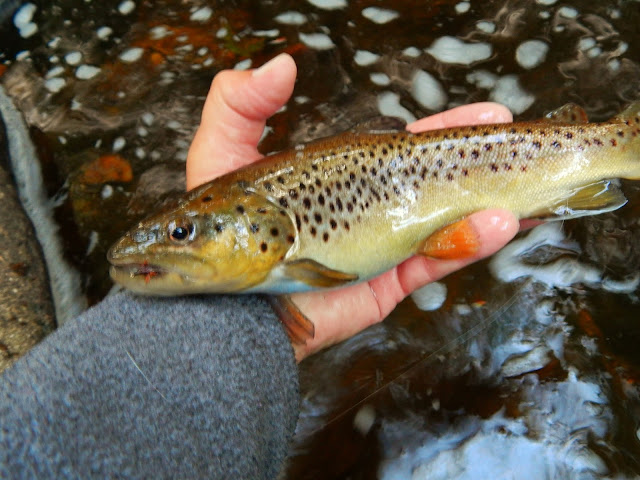 As it turned out the Picket Pin was to be the only fly needed this day. It was a fine Autumn day. 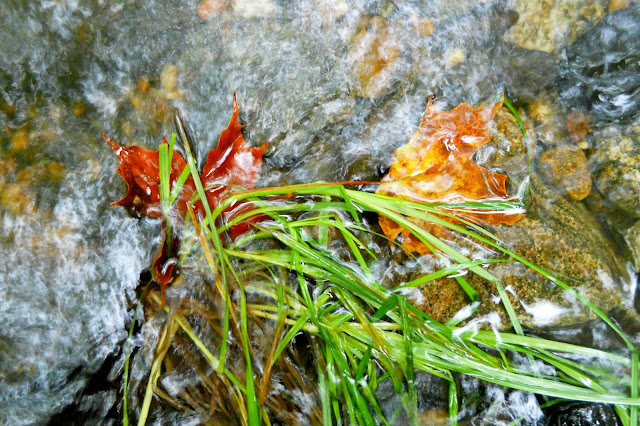