The air temp when I looked out at the thermometer on the deck Tuesday morning was 28 degrees. There was skim ice already covering the pond, and the resident Kingfisher was screeching his displeasure to not being able to get his breakfast. This cold spell is not unusual for mid November in New England, why I'll bet our friends to the north are skiing now, oh well. I had a good bowl of oatmeal and several cups of Nantucket which got the motor running. Put my gear in the car and headed to the stream. By 10 the sun had warmed things a bit and there were even a few midges about. I fished my standard assortment of flies and they brought nothing. In two hours of fishing I had managed one brookie to hand.

I decided to fish another stream. The water was on the low side, but upon moving further upstream I found many nice deep pools that held fish. The bright sun had these guys on high alert so movement at a slow pace was a must. Oh how I love this fishing. It was past 1 PM when I noticed the first rise. Several more and I promptly tied on an Adams parachute. The fly was a 18, which is the smallest I had. I sent it off and it quickly brought a response. Failing to hook the fish I continued to fish the Adams. That was the last of rising fish. I tied on a soft hackle and worked the pools especially toward the banks. That method finally gave me a reward. 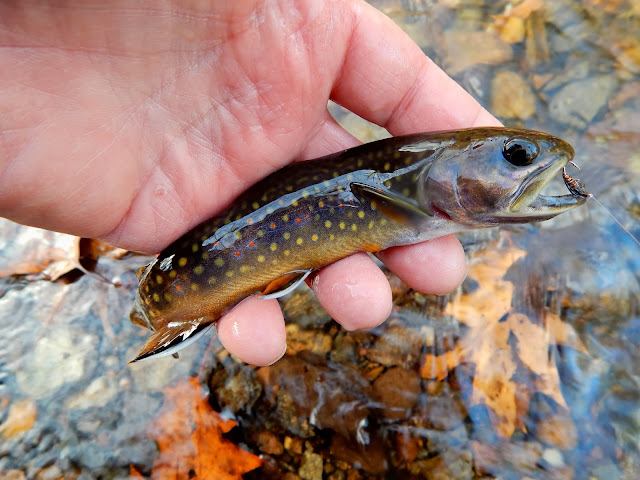 The true reward today was being able to fish such a beautiful place. 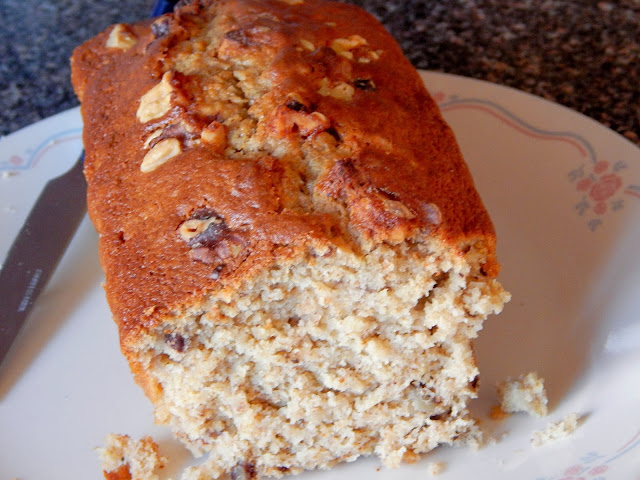 When I got home, as I walked up the stairs from the garage I detected a wonderful smell. Jeanette had baked a walnut bread. What an ending to this November day.