My weekend started with a planned outing to the Farmington. I was to meet up with Mark at a fly shop on the Farmington. I arrived at about 10, Mark drove up and informed me he had been fishing for a while and the trout were on the bite. We talked a bit trying to decide where we were going to fish. Well the decision didn't take long. Being that both of us have a passion for the small stream I suggested such a stream I'm familiar with which has a good population of wild brook trout, so off we went. When I drove up the sun was shinning brightly, but that changed pretty fast and the clouds rolled in. Cloudy days make for good fishing, but not for that nice feeling you get when the warm sun is on your back especially in November.

The fly choice for me was a Picket Pin, and I'm not sure what Mark chose. He went upstream, and I fished down. I worked several pools and runs without a hit. The water was clear, and for that reason as well as "I have a good feeling about fishing a dry" I tied on a "bomber". Two casts later I had a brookie follow the fly and take a swipe. That fly worked well this day, it even allowed a hookup on a beautiful Autumn colored brook trout. That little jewel never made it to hand but its colors and tenacity are still in my mind as write this two days later. Mark joined me downstream and told me he had observed some spawning brookies. They were located in a pool just a short distance from where I had observed spawning brookies a week or so ago. We continued to fish that little stream and Mark was able to land one of the streams treasures. We moved to the Farmington where I continued to fish dries and not take a trout. My only fish to hand was a juvenile salmon.


Sunday morning broke with sunny skies and a promise to be milder than Saturday. Jeanette and I put some cutting tools and canvas bags in the car, we were going out today and find some dried Autumn colors for a little decor. We stopped for some breakfast at "Cracker Barrel" and drove to the fields I knew would have just what we wanted. There was a small stream that flowed through the field and low and behold there were brookies darting about. This was not a fishing day so we got on with the task of the day. 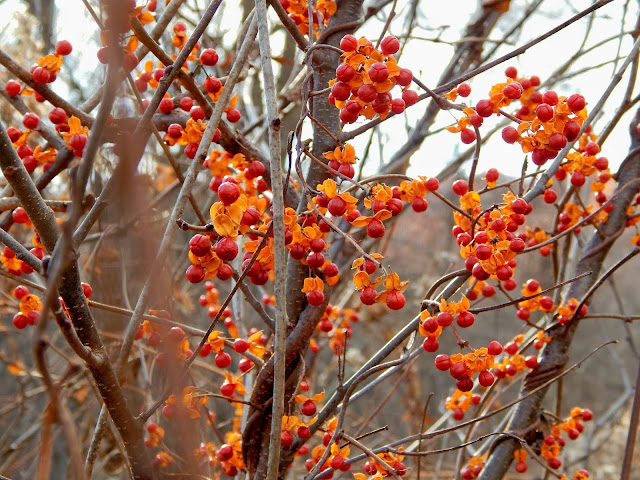 The sun striking this bittersweet was brilliant. We have enough to create some wonderful Thanksgiving decor. 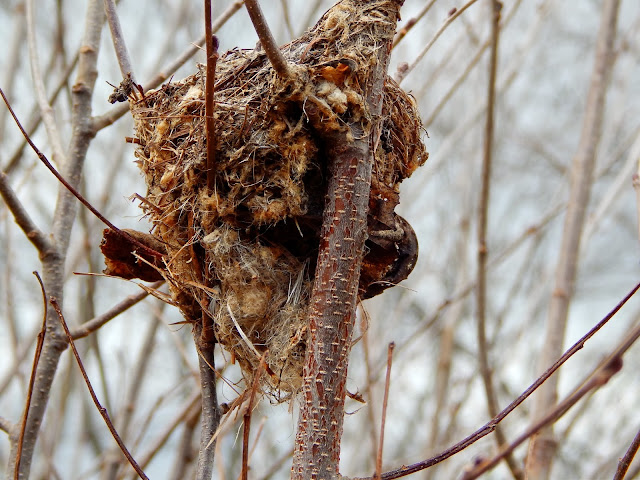 Standing and looking at this abandoned nest I had the feeling of reality. Soon the harsh winter will wreak havoc on this quiet home. 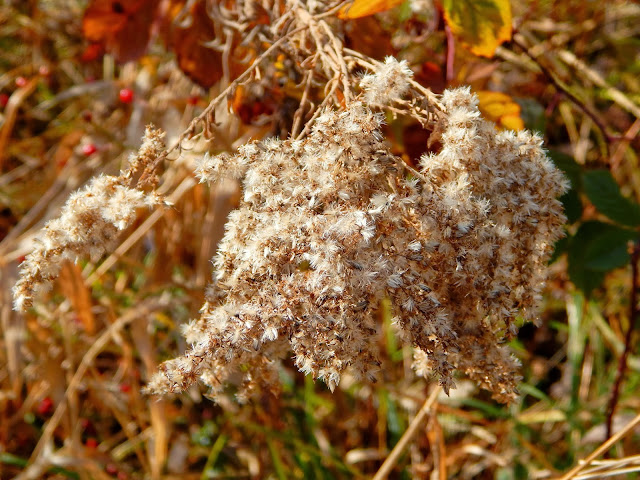 Beauty. One need not cut this, just walking through will collect all that's needed. 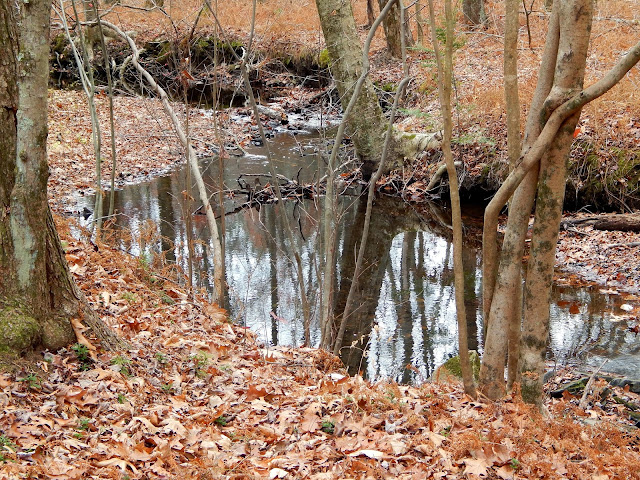 Trout were observed rising in this pool. 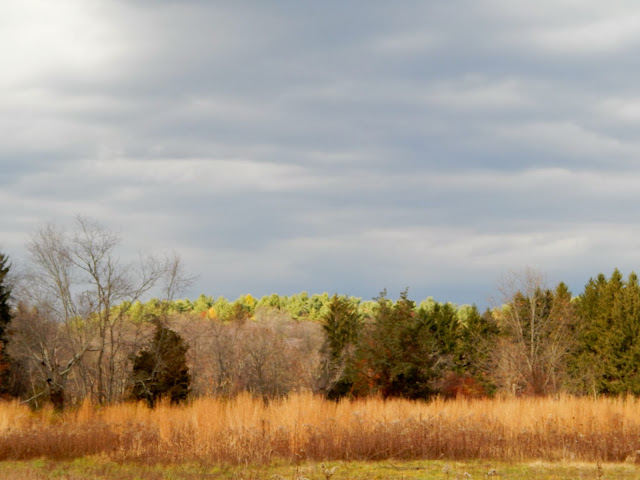 Fast changing November skies. They went from sunny and warm to gray, windy, and cold in a short time.

So my weekend was one of the better ones this year.