Snow, what to do this day 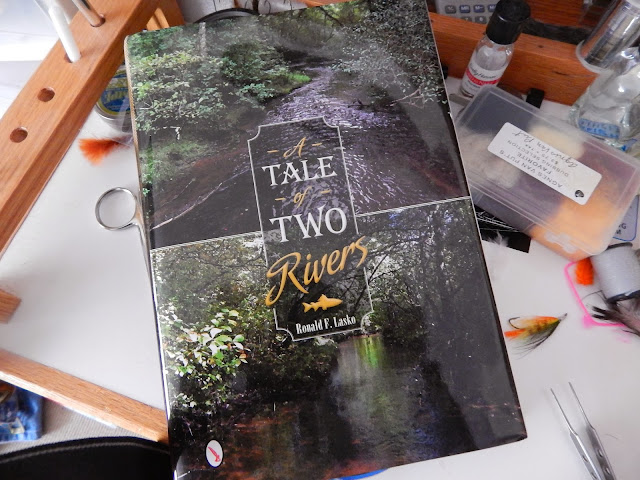 Out my window right now the snow is falling. These are the days to tie a few flies, do a check on the fly reels and other gear or sit down and read a good book and I have one for you.

"A Tale of Two Rivers" by Ron Lasko is a book about two rivers on Cape Cod. The Mashpee and Quashnet are two coastal rivers that hold wild sea run brook trout. Ron go into detail on each stream, the seasons of the year, the habitat, the flies, and the brook trout. Ron lives very near to both streams and has fished them for 25 years. The book contains many color photos of the flies Ron uses many of his own ties. There are some hand drawn maps of the two rivers, which can help someone new to the area find and fish the trout holding sections. This book is very well written and I highly recommend it.

You can get a signed copy of his book at ronaldlaskoflyfisher@gmail.com Tell him you learned of his book here.