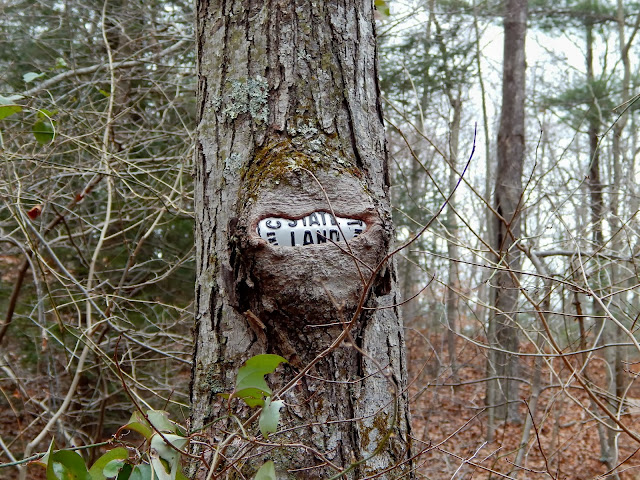 Thursday the day after Christmas Kirk and I fished a small stream in southern Connecticut. We have fished this stream many times and figured we knew it pretty well. I had arrived at the stream first and tossed out the pinkie. It was not shown any interest. I moved to several promising sections and they all produced nothing. There are times especially in winter when changes in weather can turn on or turn off a trouts feeding. Today was a typical winter day to me but apparently not to the fish. 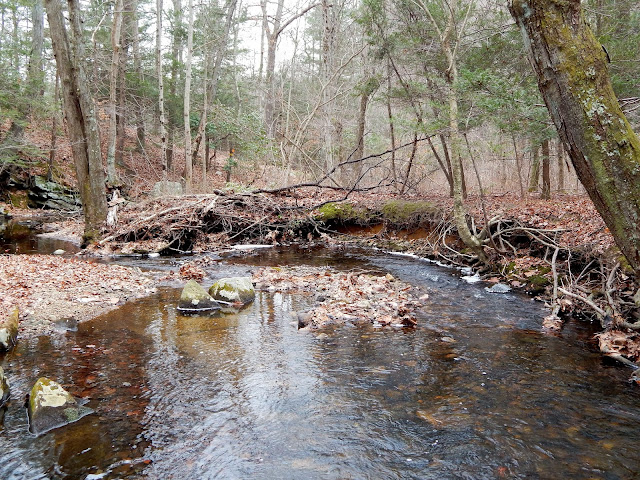 I continued to move upstream and came to this likely looking brookie stronghold. Fishing it thoroughly I pretty much covered all of it. In a deep but narrow section I had my first taker. The brook trout was on and a few shakes later he was off. This was to happen again within a few minutes just downstream. 0 for two. Just about that time Kirk came along and we fished the stream together. The next few hours were not very productive for either of us. One bright spot for me was when I fished a shallow riffle and managed to bring a brookie to the surface while pulling back and forth with a Picket Pin. That fish was no further than a yard away from me. The day continued to keep its steel gray color, and now and then a snow shower would take place. It's beautiful fishing in the snow. Time was getting on so we decided to call it a day. 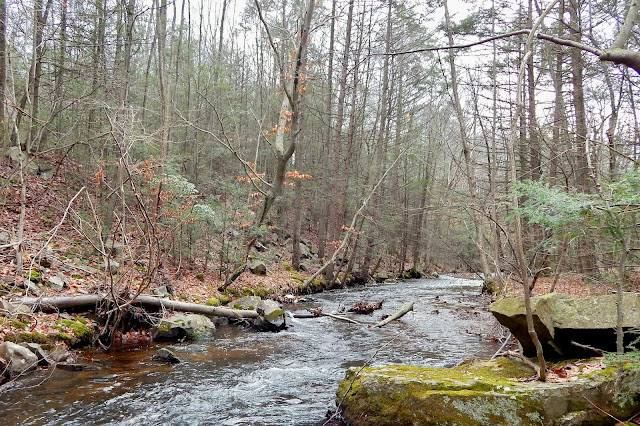 On my way home I pass another stream and it was my intention to stop and toss a fly into the better places, places I hoped would hold a willing trout. On the second cast in the first pool I felt a tug, lifting the rod up I could feel the fish. In a second I held a little brookie. With that I took down the rod and headed for home. 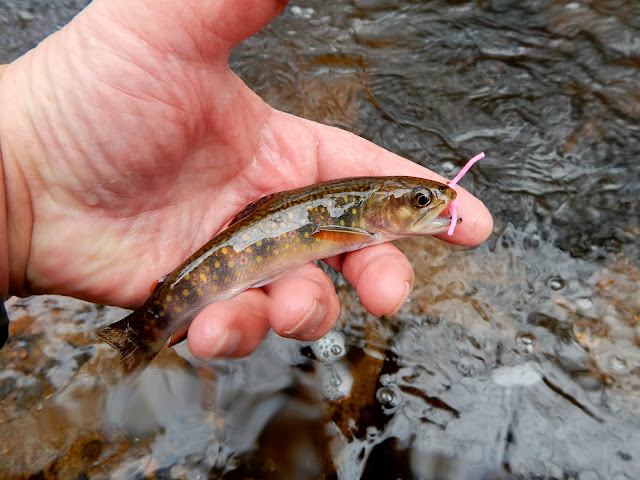 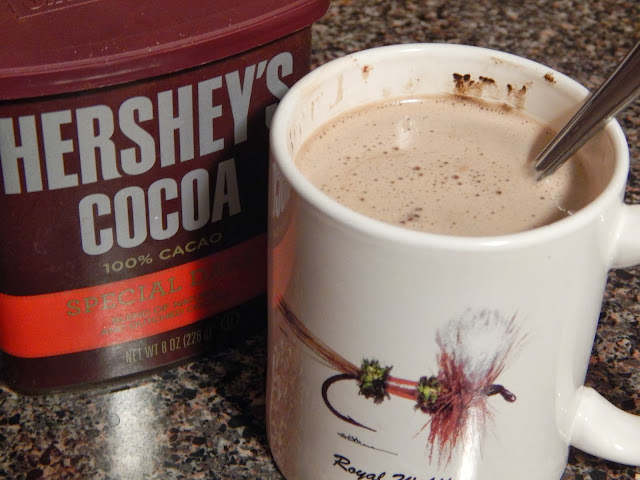 Look what Jeanette had waiting for me when I got home. A very delicious chill breaker.