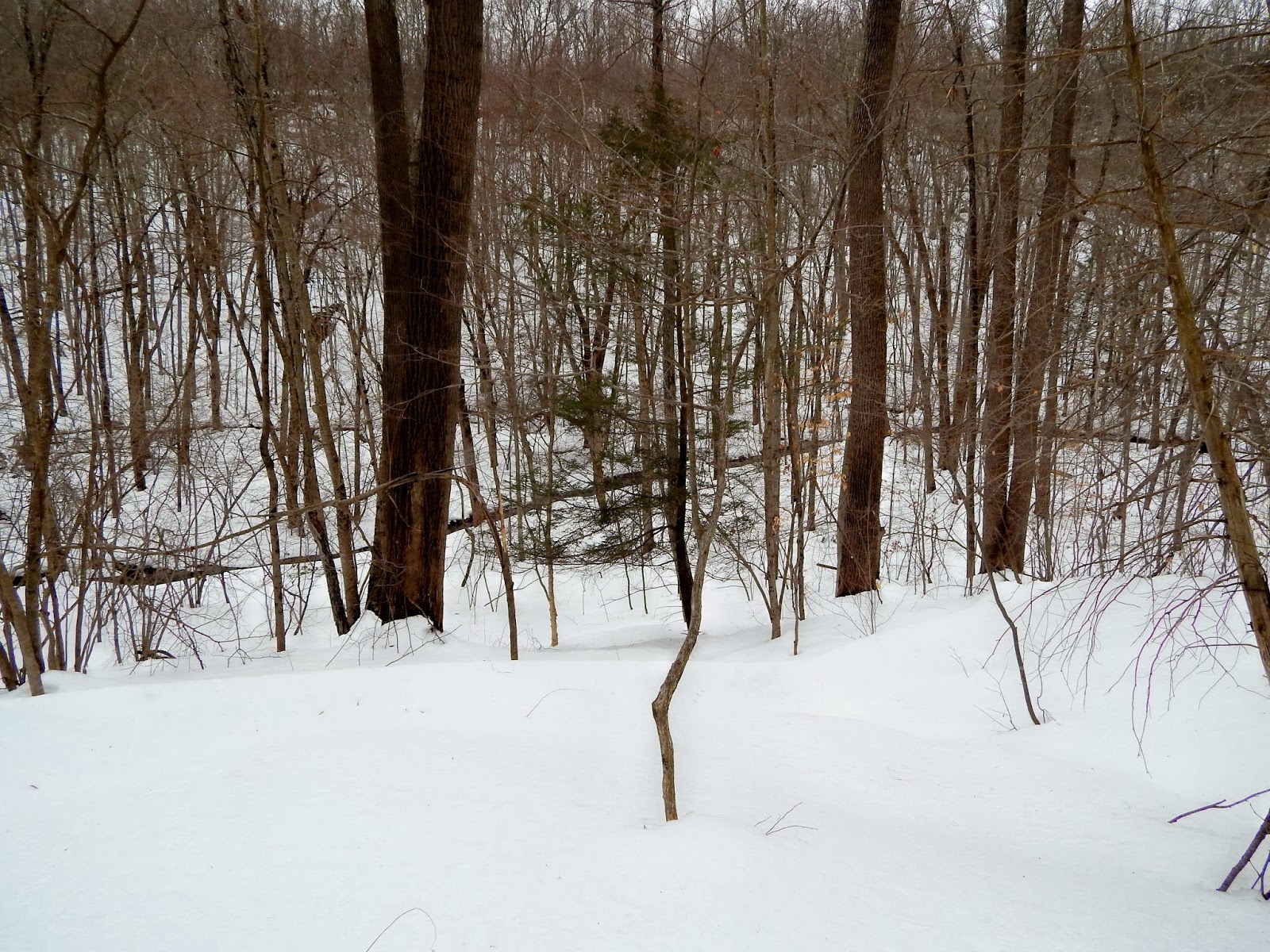 One can see the thin blue line as it winds its way through the hardwood forest. It is protected on both sides by a blanket of 15 inches of snow.

To say that February was a very hostile month would be understating it by a long shot. The month of Presidents has been snowy and relentless in its ability to lock in some of the coldest temps. But this weekend, the last weekend of February finally gave us some warmth, 45-50 degree warmth, with bright sunshine Saturday and Sunday was not bad either. When I arrived stream side the sun was mixed with clouds. The water clarity was bright and clear beyond description. While walking through the snow to my first spot I noticed some tiny flies about, maybe midges, or very small stoneflies. Tied to the tippet was a small wet fly. 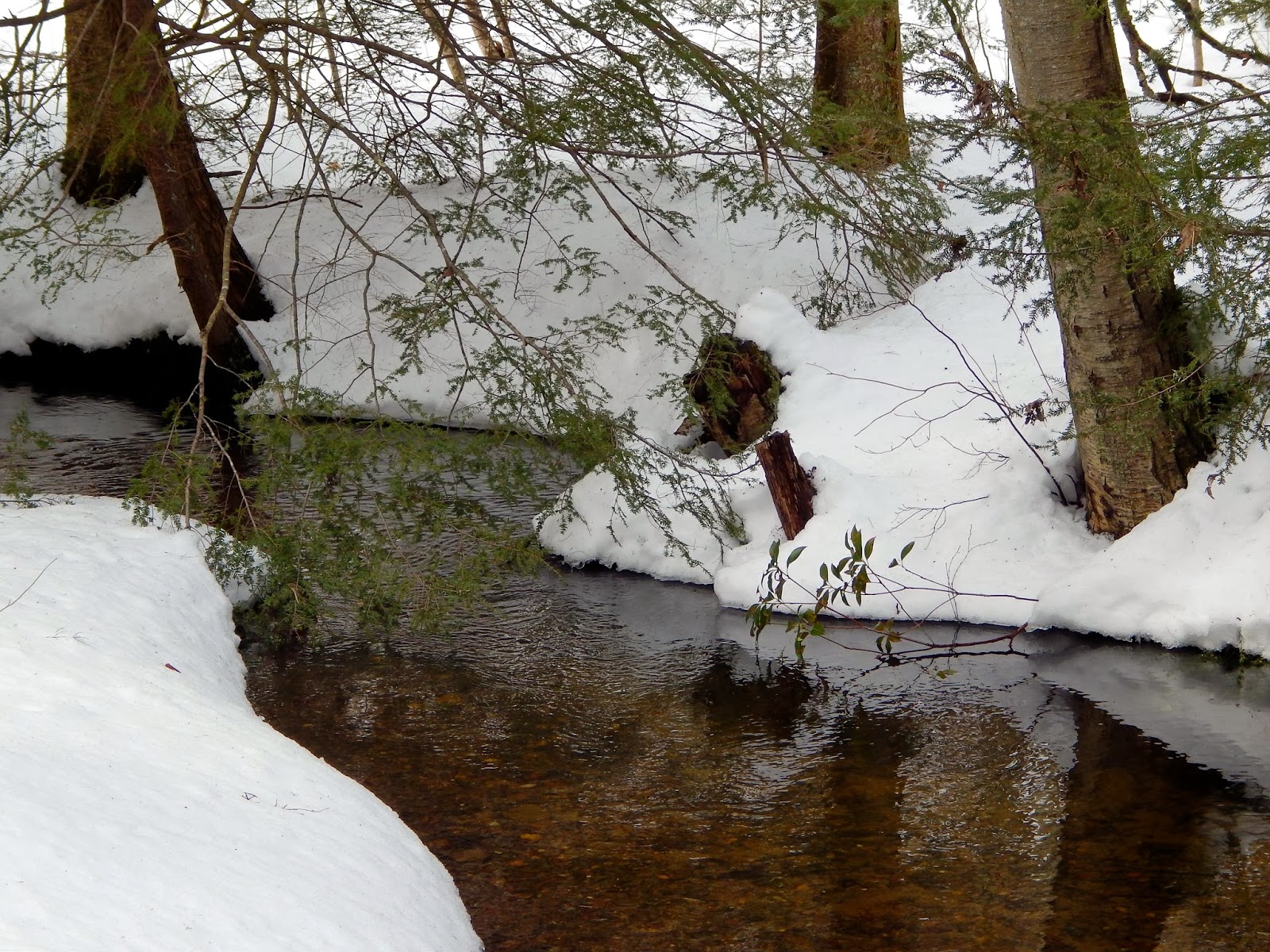 As I worked this wet fly along the ice shelf I received that feeling of a trout on the take. This happened several times but no hookups. As I worked the fly to the bank on my side for a second or so it went under the shelf ice and I felt a good strike. As I pulled to set the hook I could not feel the fish, another miss. I began the retrieve and suddenly took another strike, "fish on". 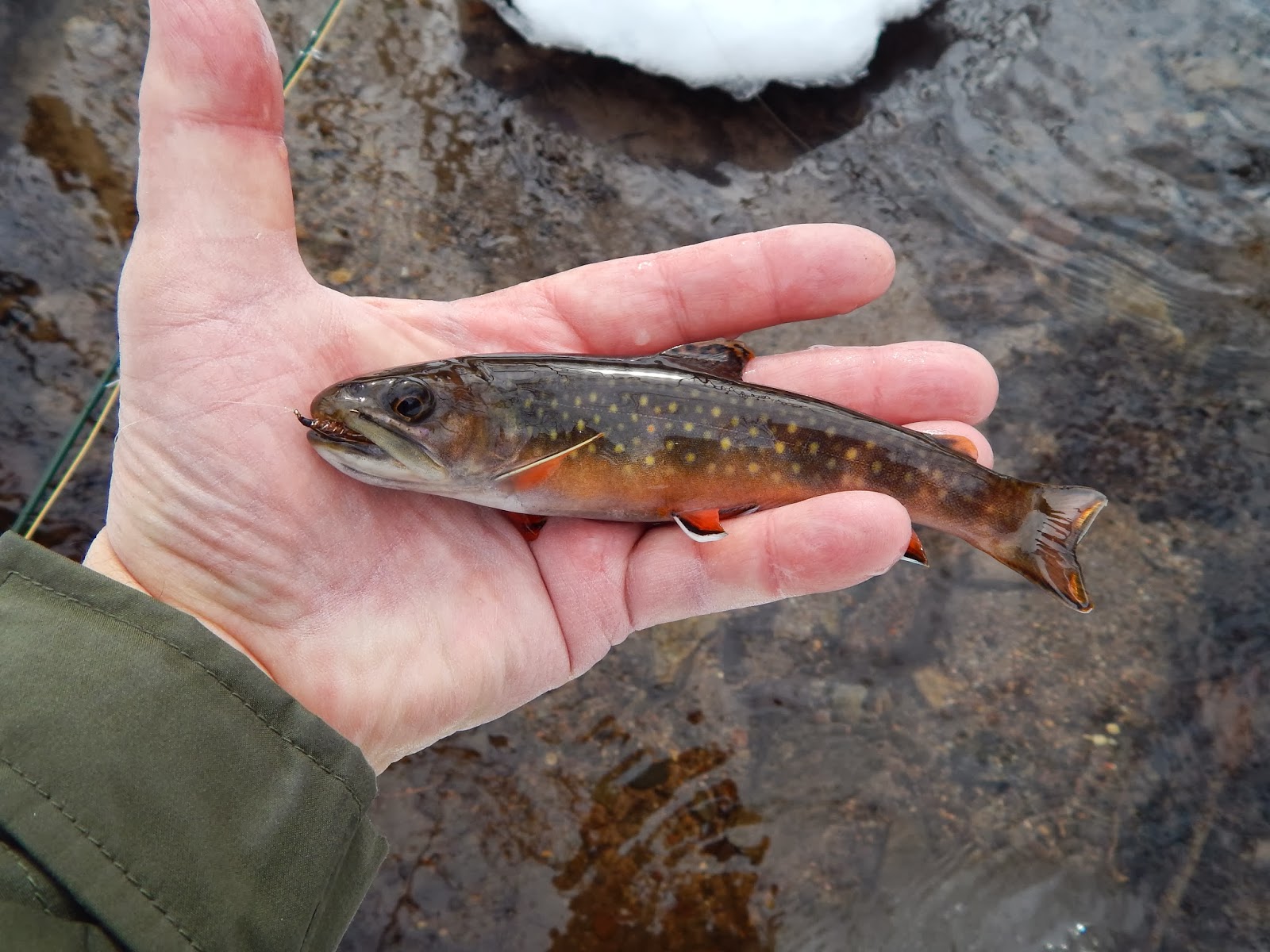 Moments later I was gifted with my first brookie in some time. He was well worth the wait. 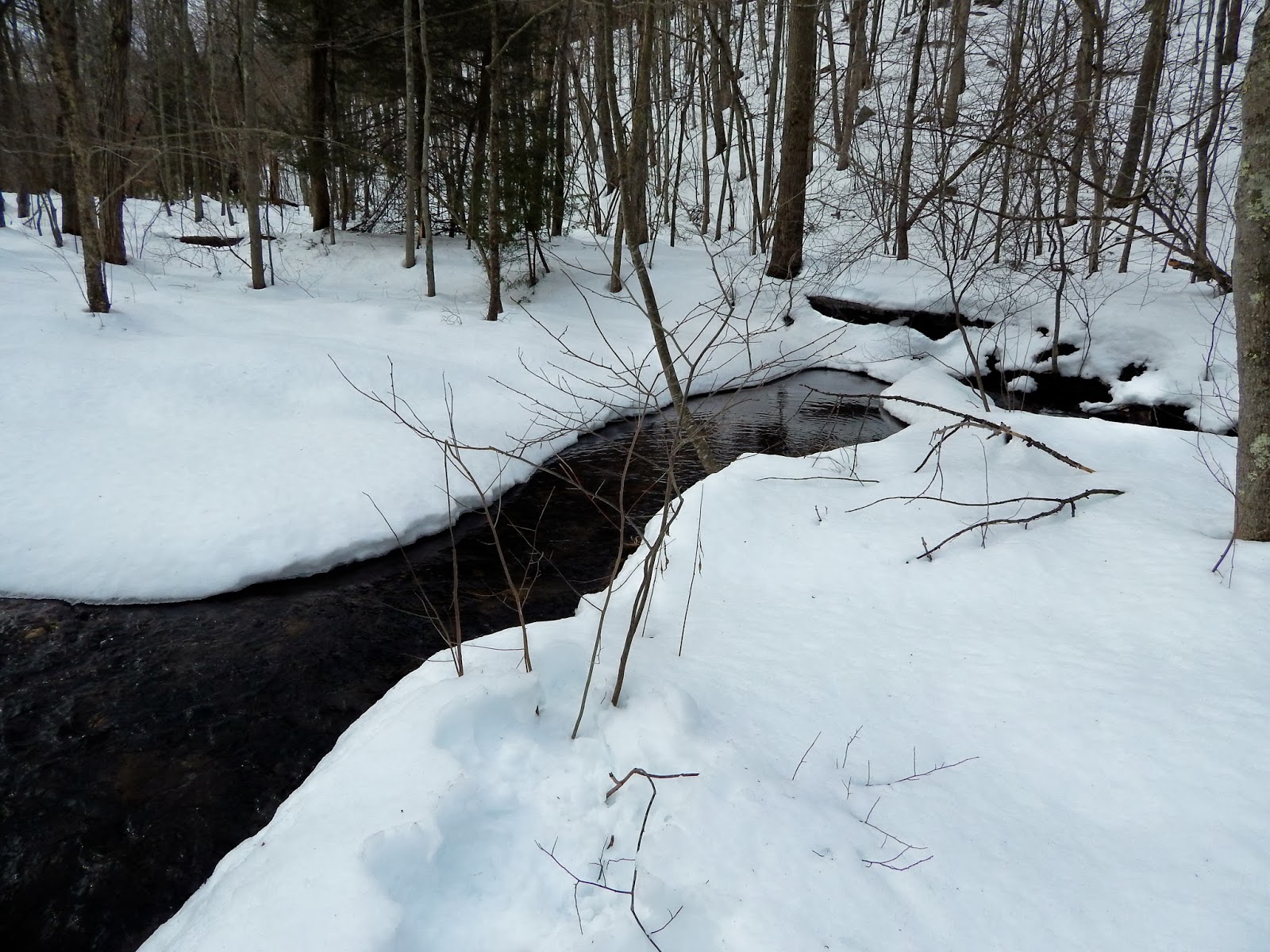 I continued to fish the wet fly and managed a couple of hookups. I continued to see stoneflies about, but not a rise. I put on a caddis dry and worked it for a while. It was enjoyable fishing dries, love being able to watch the fly work. 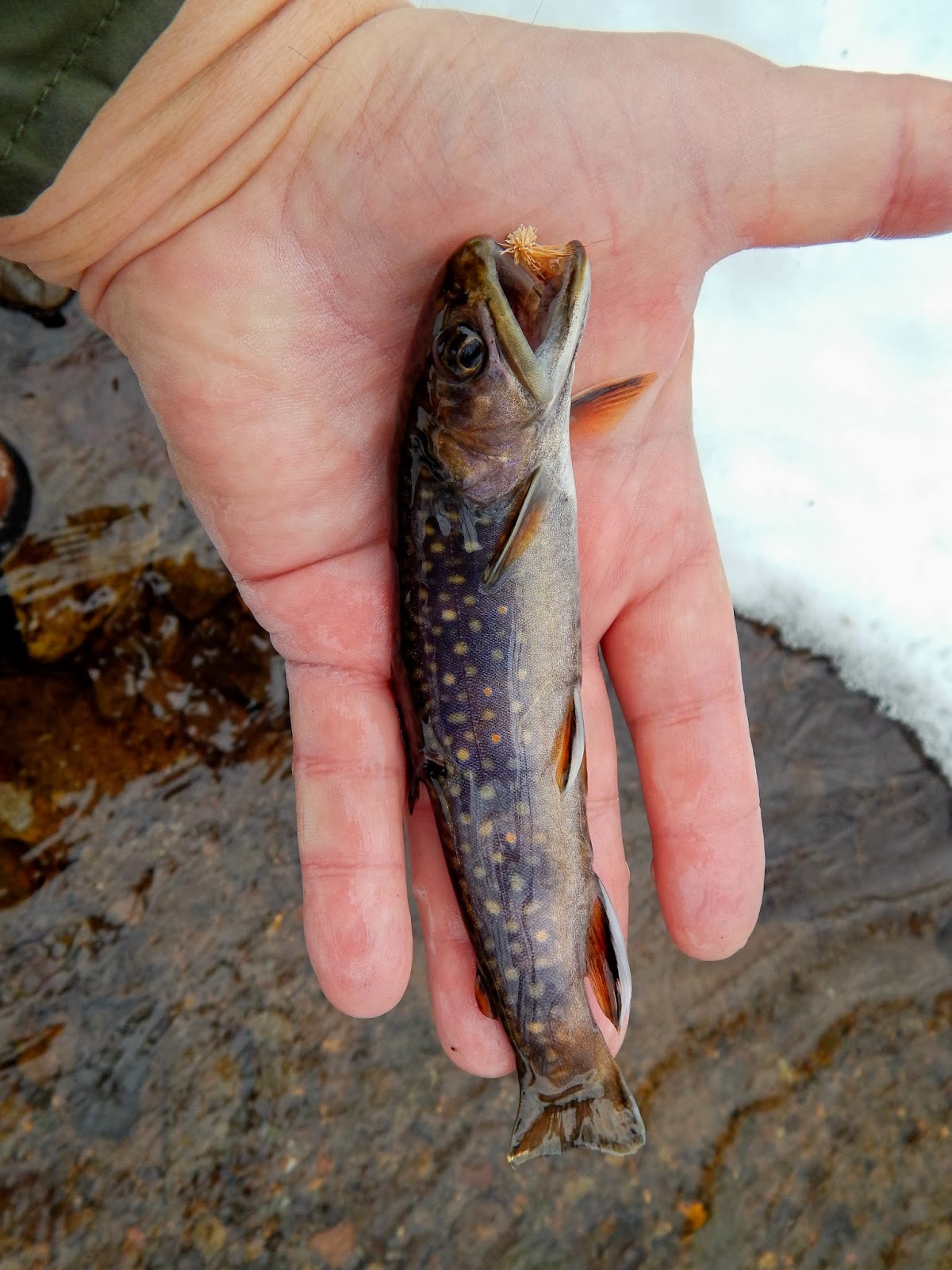 Well that caddis did work and work well. A brookie found it to hard not to rise to it. Wild one on a dry. 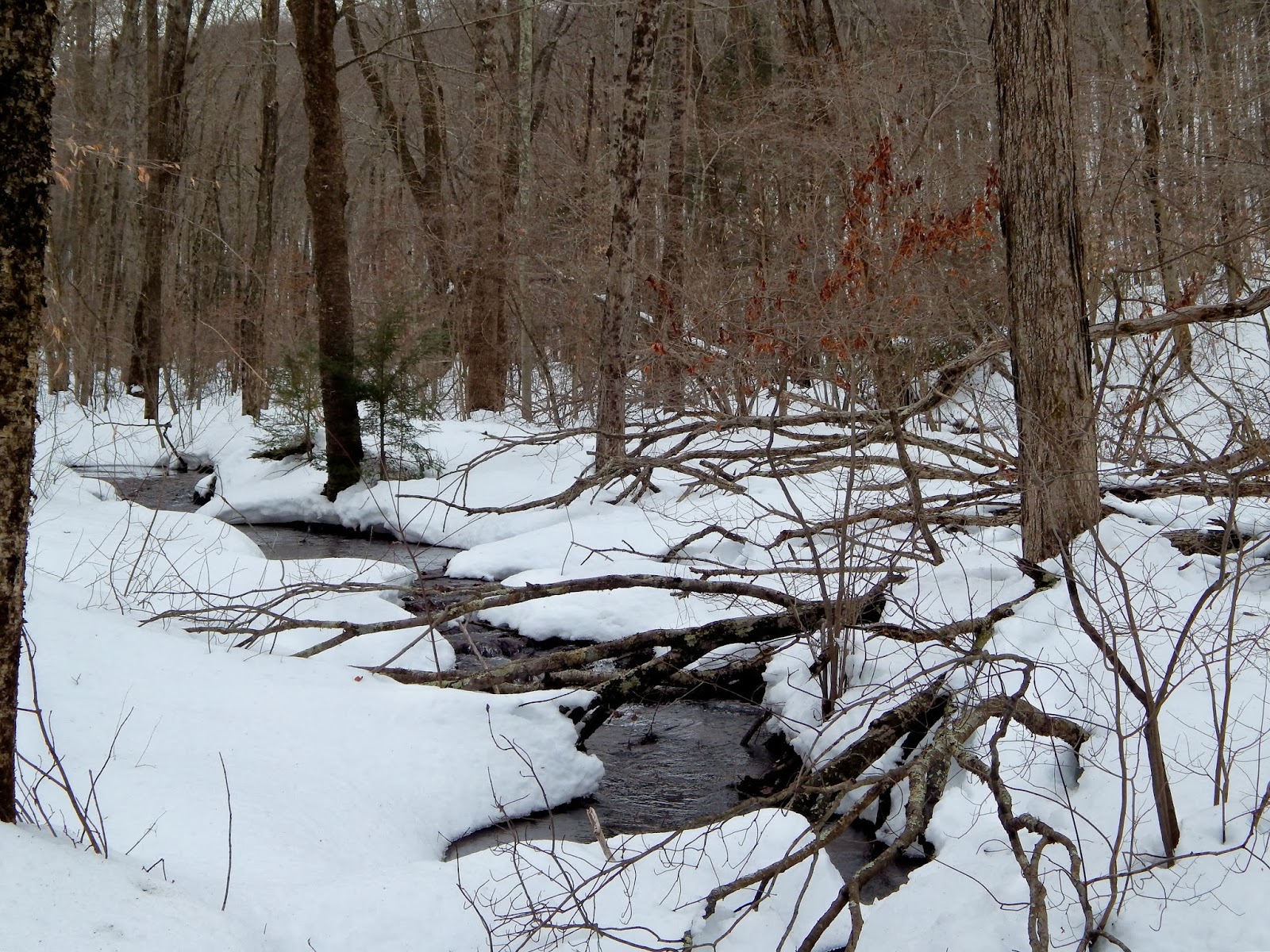 I continued to fish the stream. I was pretty wet now from the deep snow as well as walking to far out on the shelf ice, "there's stream under there"......winter can show its beauty along a small stream, but to tell you the truth I'm ready for some Spring. 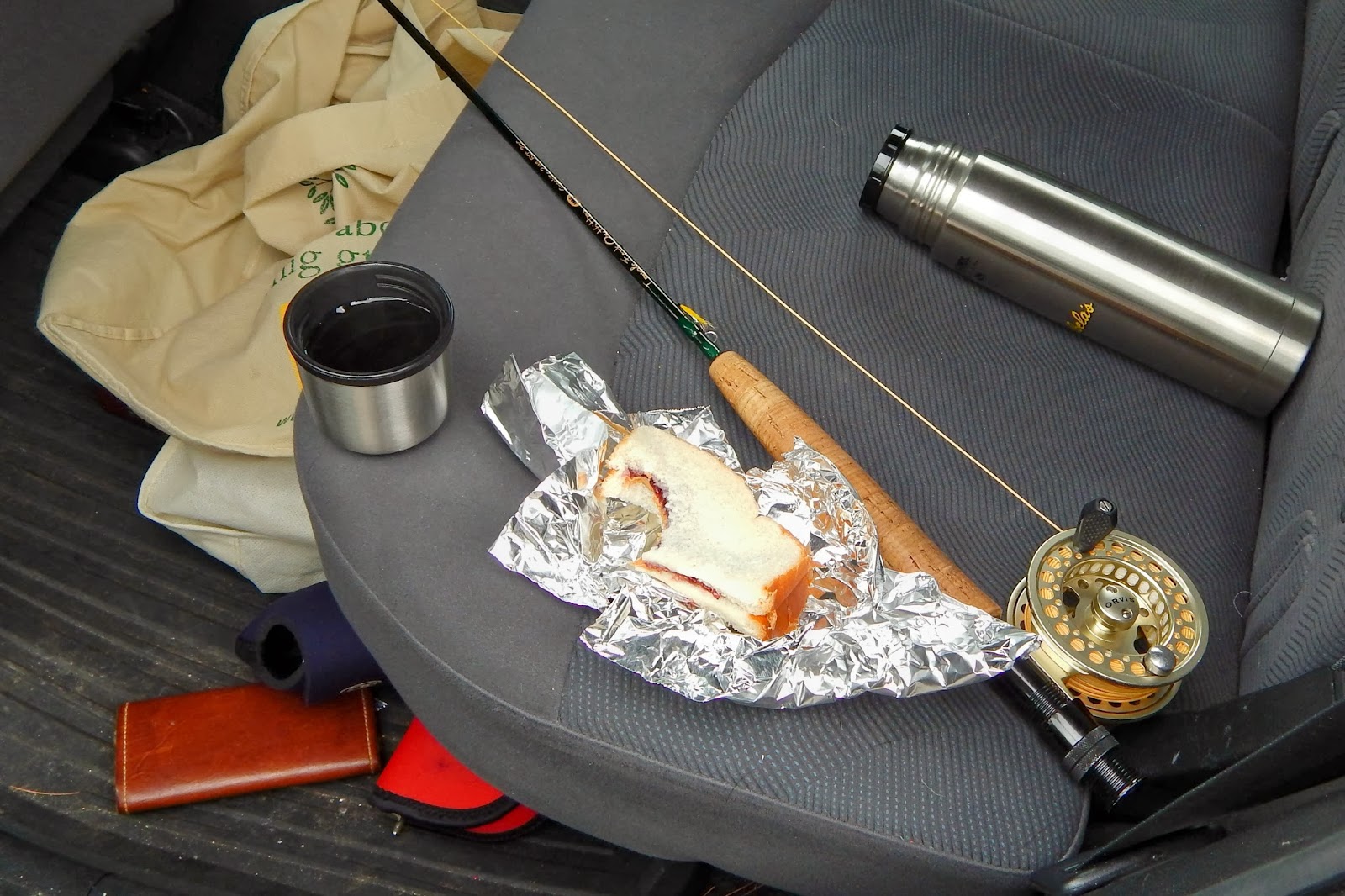