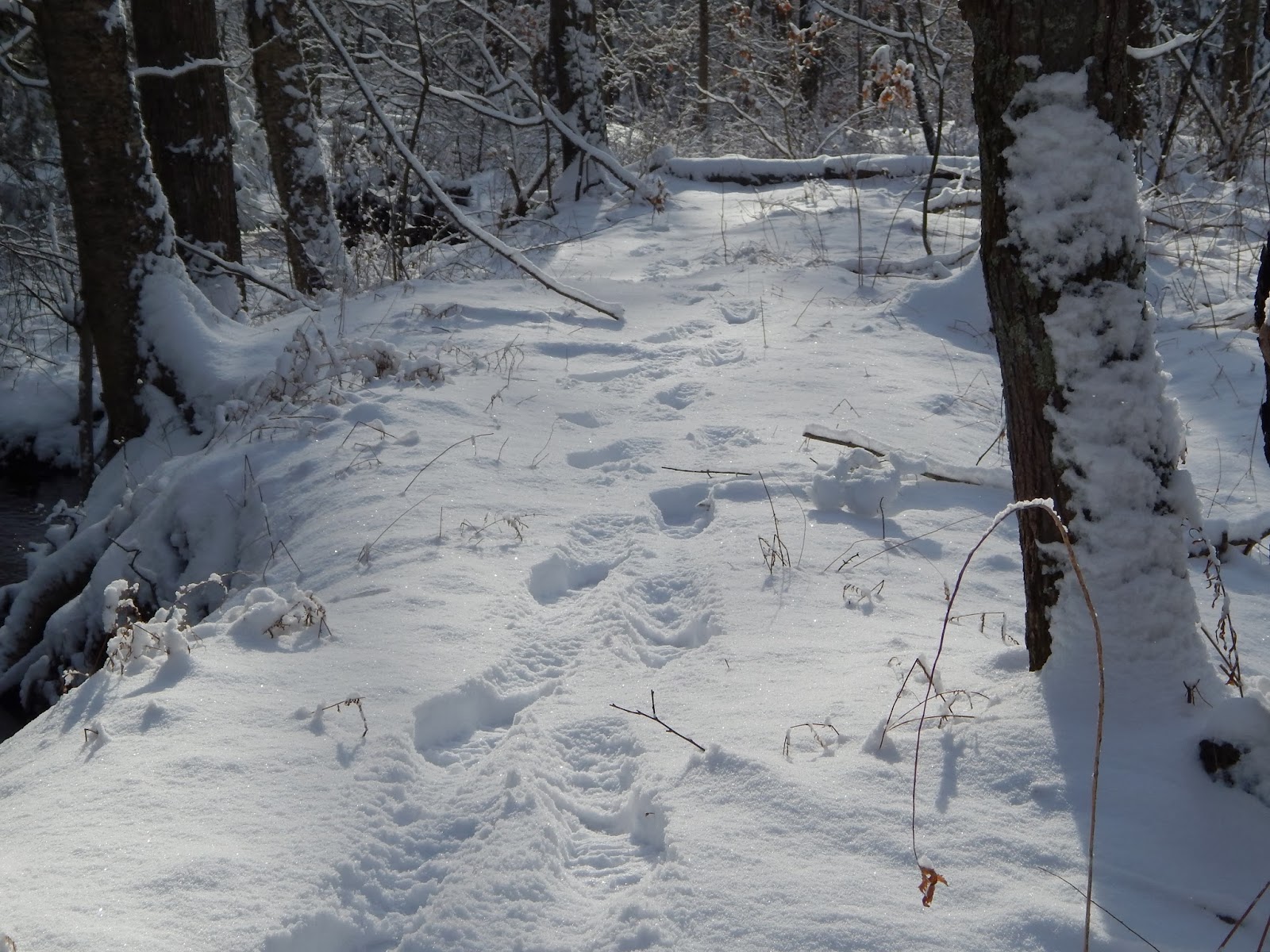 We were gifted with two snow events this week. One Monday and the other Wednesday. In between I was able to get out and do some fishing. Last Saturday we did some scouting, and the streams were pretty well locked in with ice. With a few days of moderating temps allowed them to rid themselves of the ice so that they were actually almost ice free.

It's nice walking stream side and yours are the only tracks in the snow. Such was the case here with the only exception being some white tail tracks. 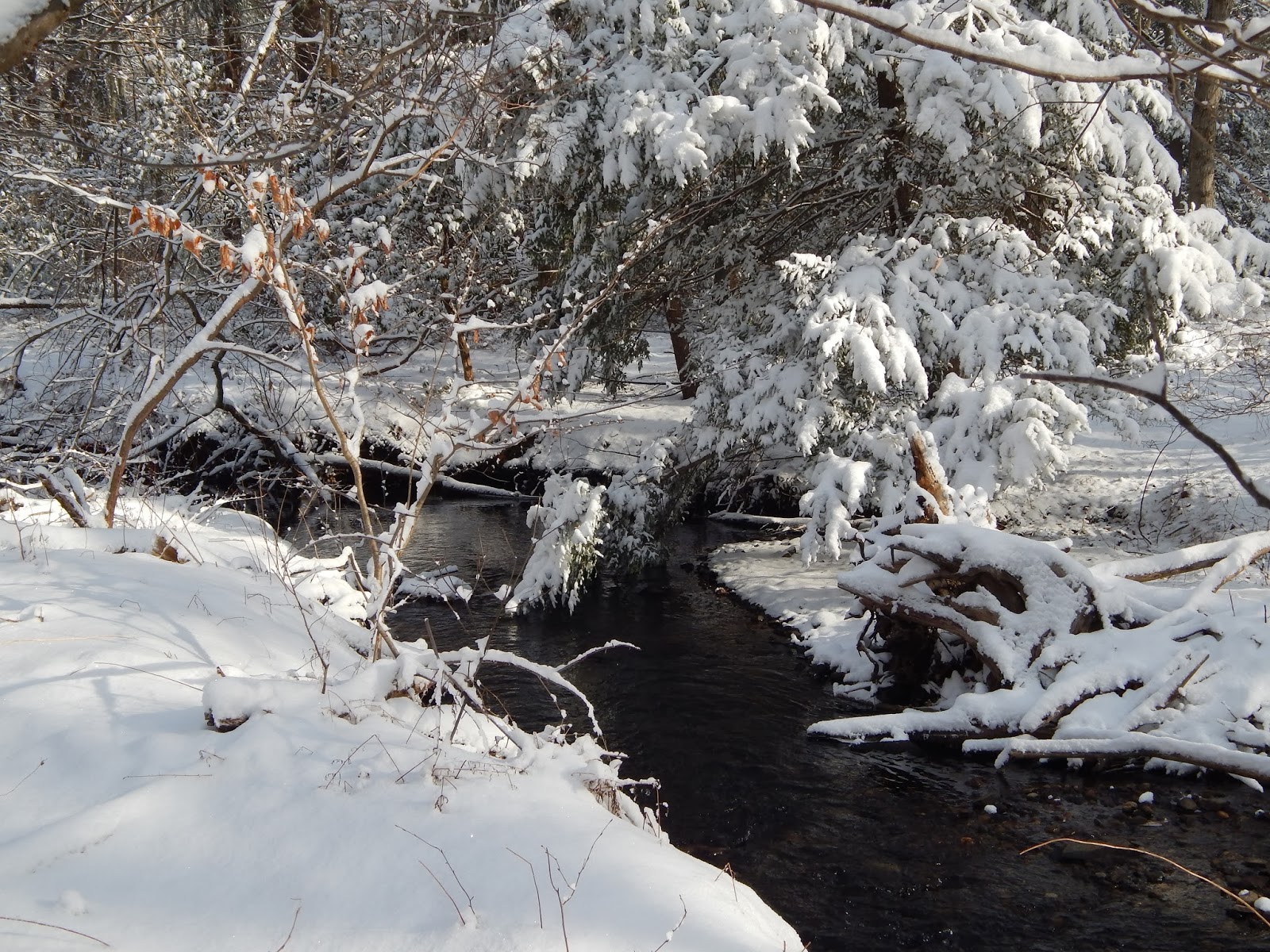 I was fishing streamers today, one in particular that was featured in my last post with a antron dubbed body and mallard wing. As the fly worked through the pool a trout struck. As I worked the fish to me I could see it was a brown. A few moments later as I put my hand into the water the brown worked free. 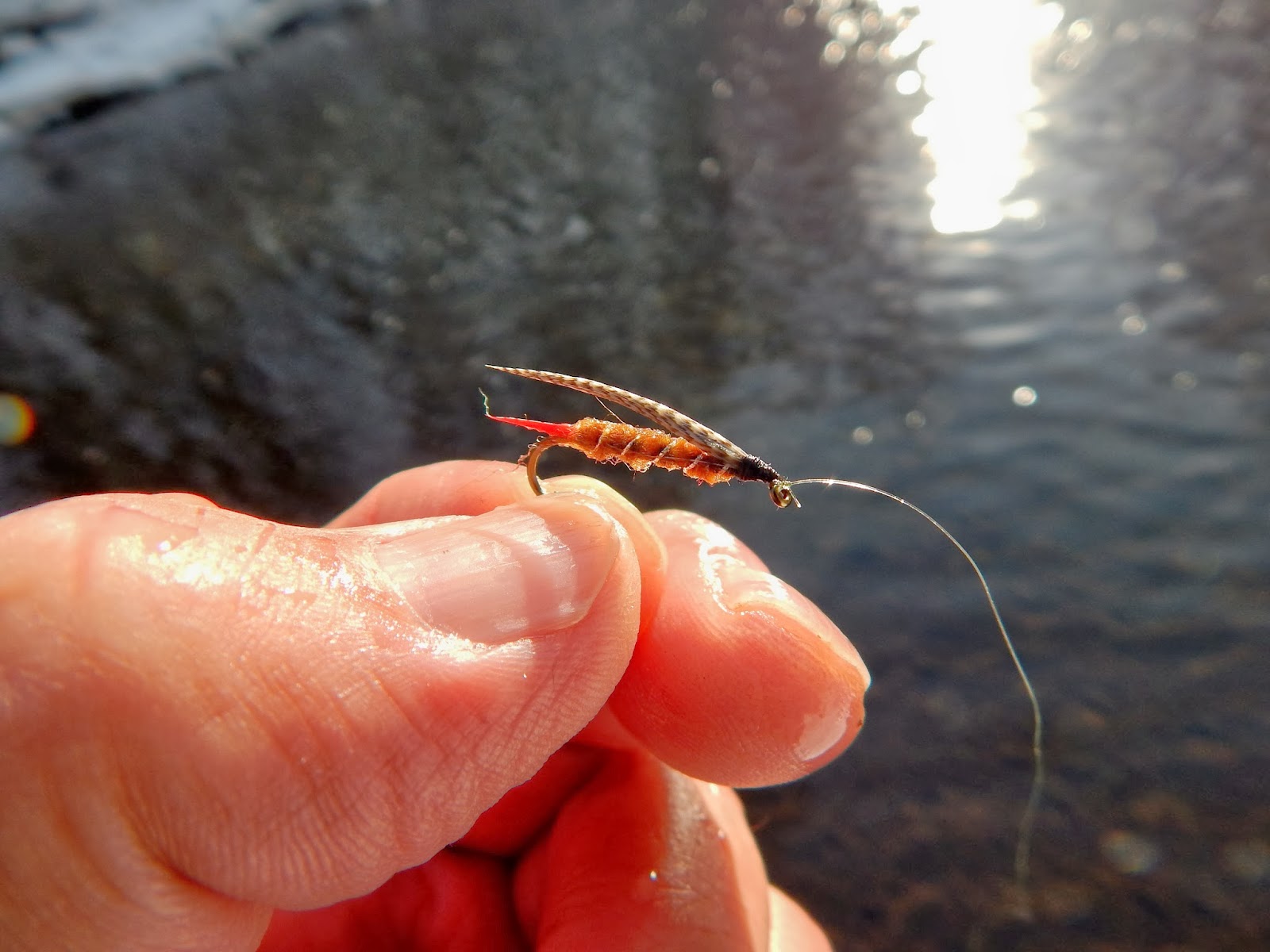 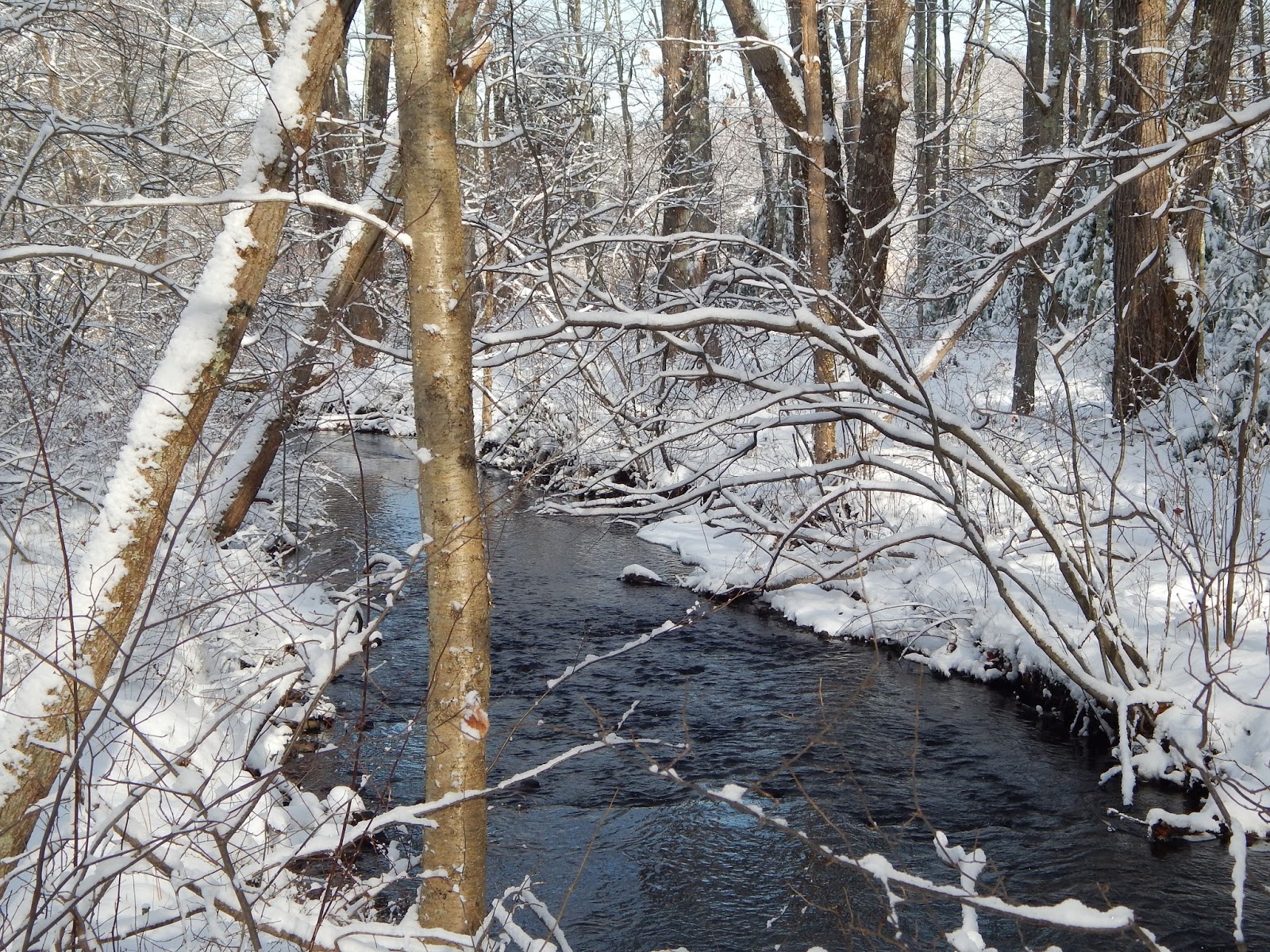 As I worked the stream the suns rays were really working. The chill seemed to leave and although it was winter it felt really good on the back and shoulders. In this run I worked the streamer from side to side. And on one of the retrieves I had a strong strike. As the hook set the fish went airborne. It appeared to be silvery and quite strong. Several small runs and the trout was close at hand. Reaching down again and sliding my hand under the fish I was surprised to see a beautiful rainbow. Its colors in the water were brilliant. As I lifted the trout up and photographed it quickly it suddenly turned and was swimming away before I knew it. 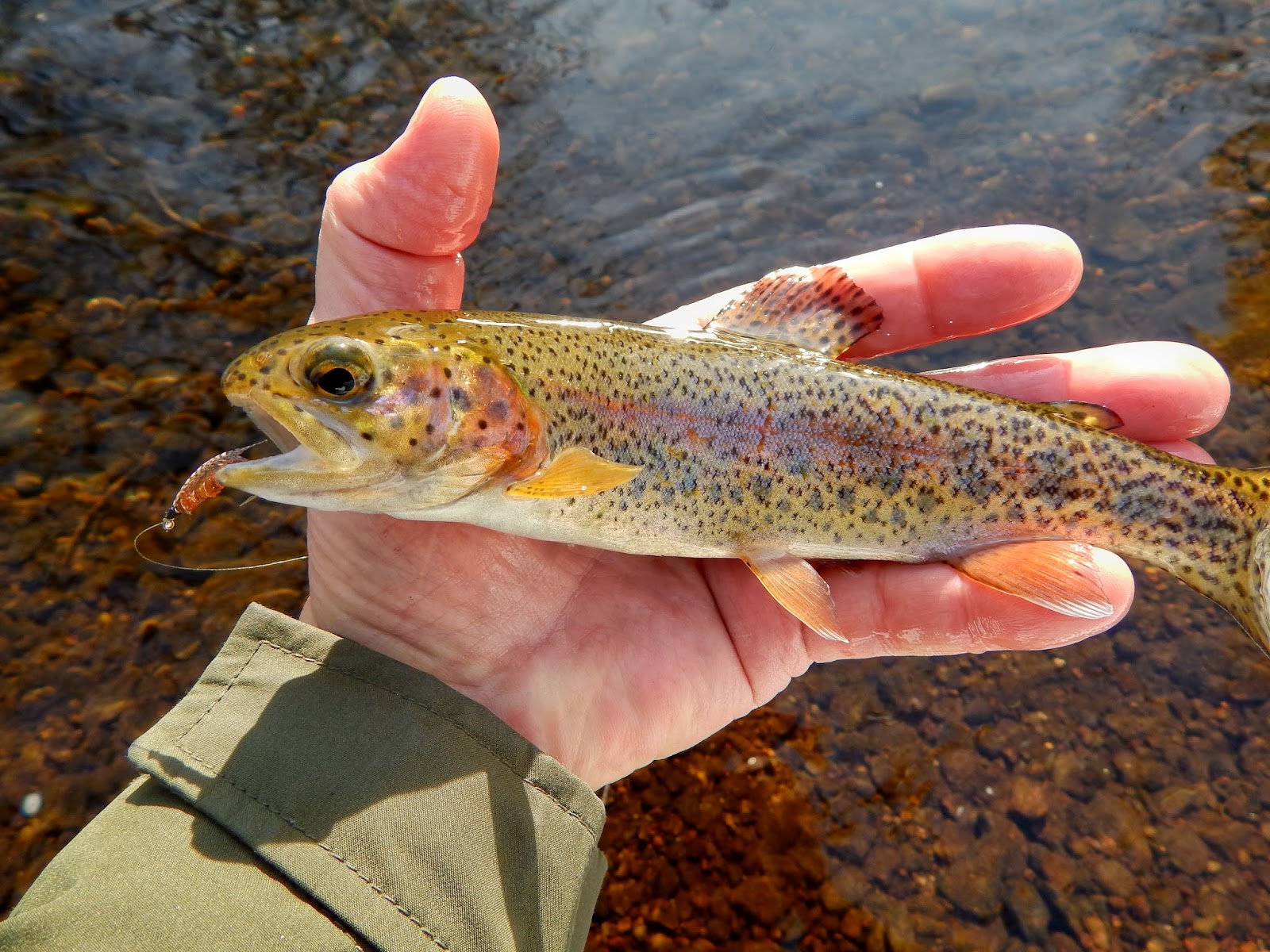 My first trout of February. The rainbow had lovely markings, including parr marks, which make me feel it was wild. 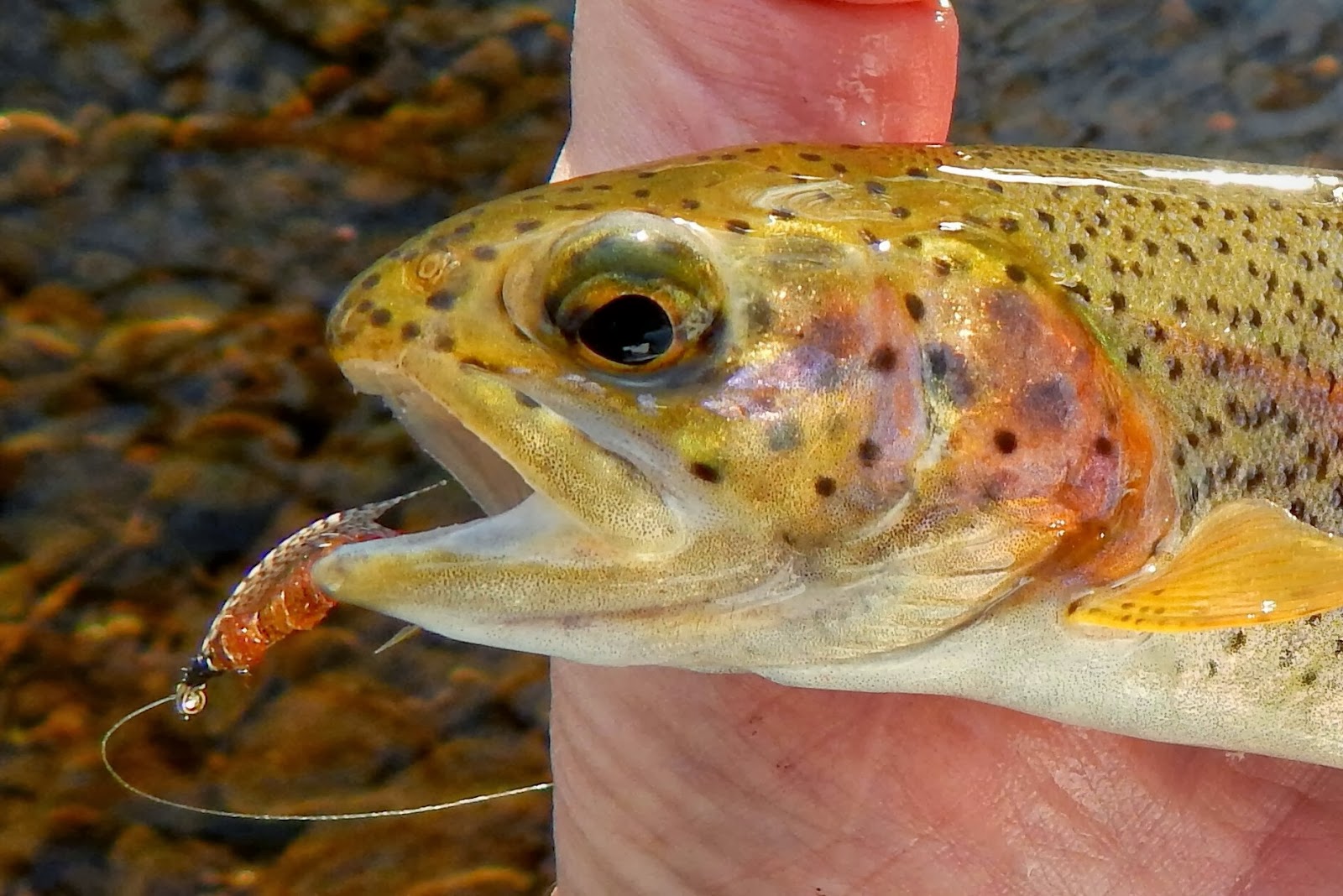 So although it was a short outing in time spent in swinging streamers, it was a memorable one for sure. 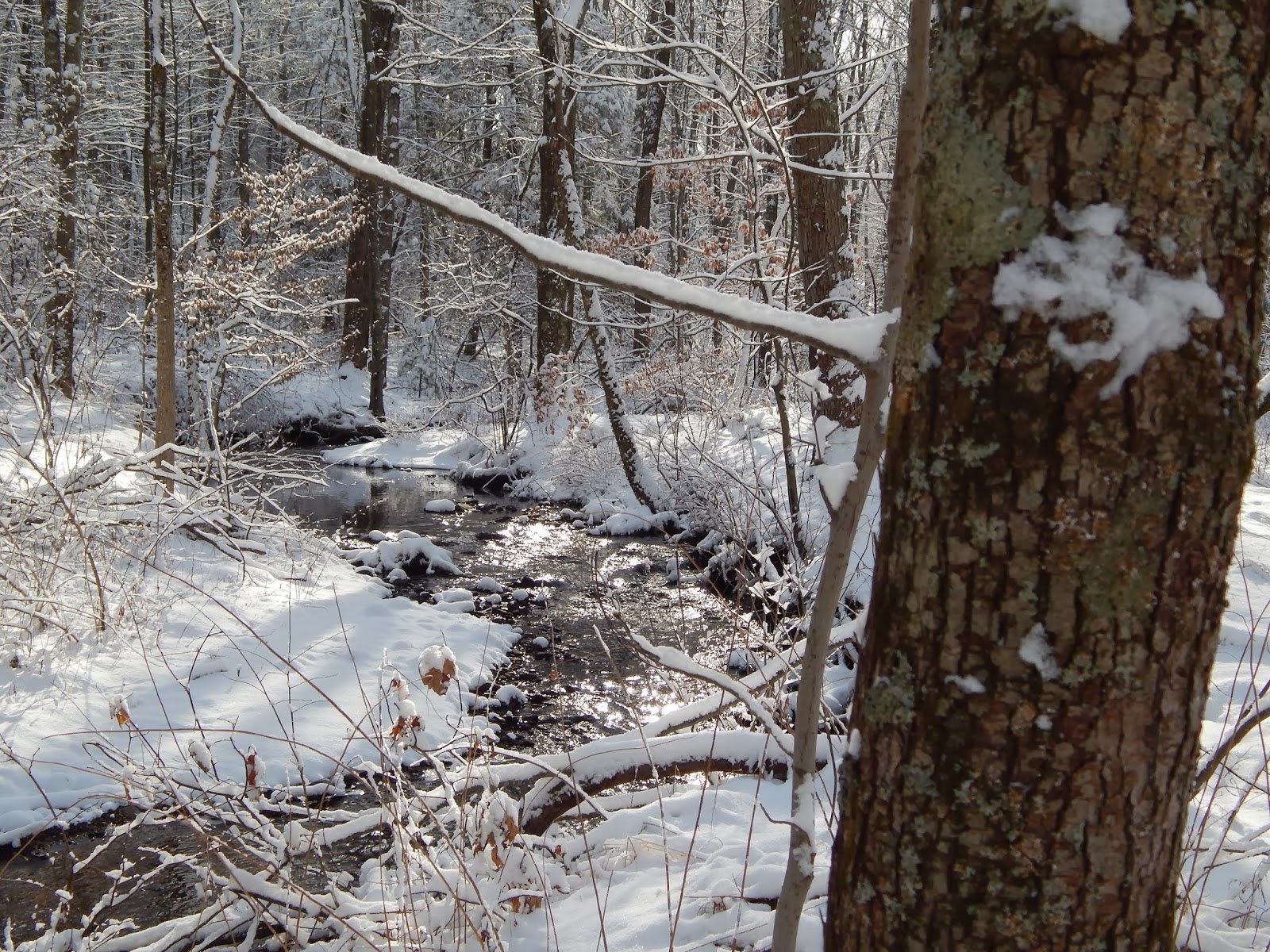