A stream I'll figure out one day. 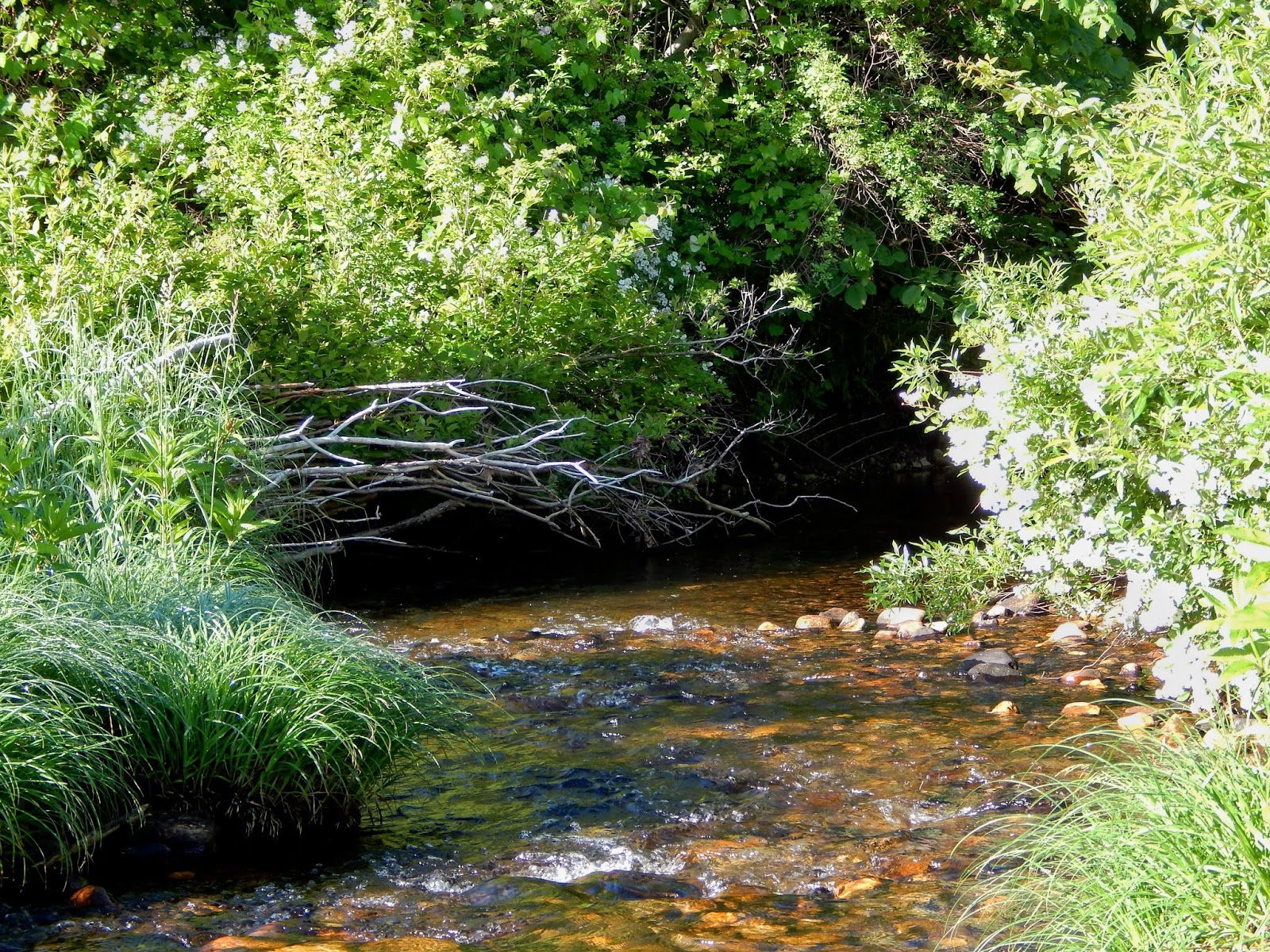 There are some streams that are very difficult to figure out, and this one is just that. This is my second time fishing this lovely stream in northwest Connecticut. It has everything needed for wild brook trout from ample cover to those series of riffles, runs and long fairly deep pools. It also has those beautiful undercut banks along with a few log jams. It's a stream that runs through a pretty flat plain so the swiftness of a higher gradient stream is lacking. It's a very picturesque stream with flowers and foliage growing to the stream.

I've never witnessed any insect activity, but there has to be at certain times. The only rises were that of small river dace. The dace I saw this day were incredible, there were schools of them all over. I think a streamer fished in this stream at dusk would bring some large brook trout to hand. 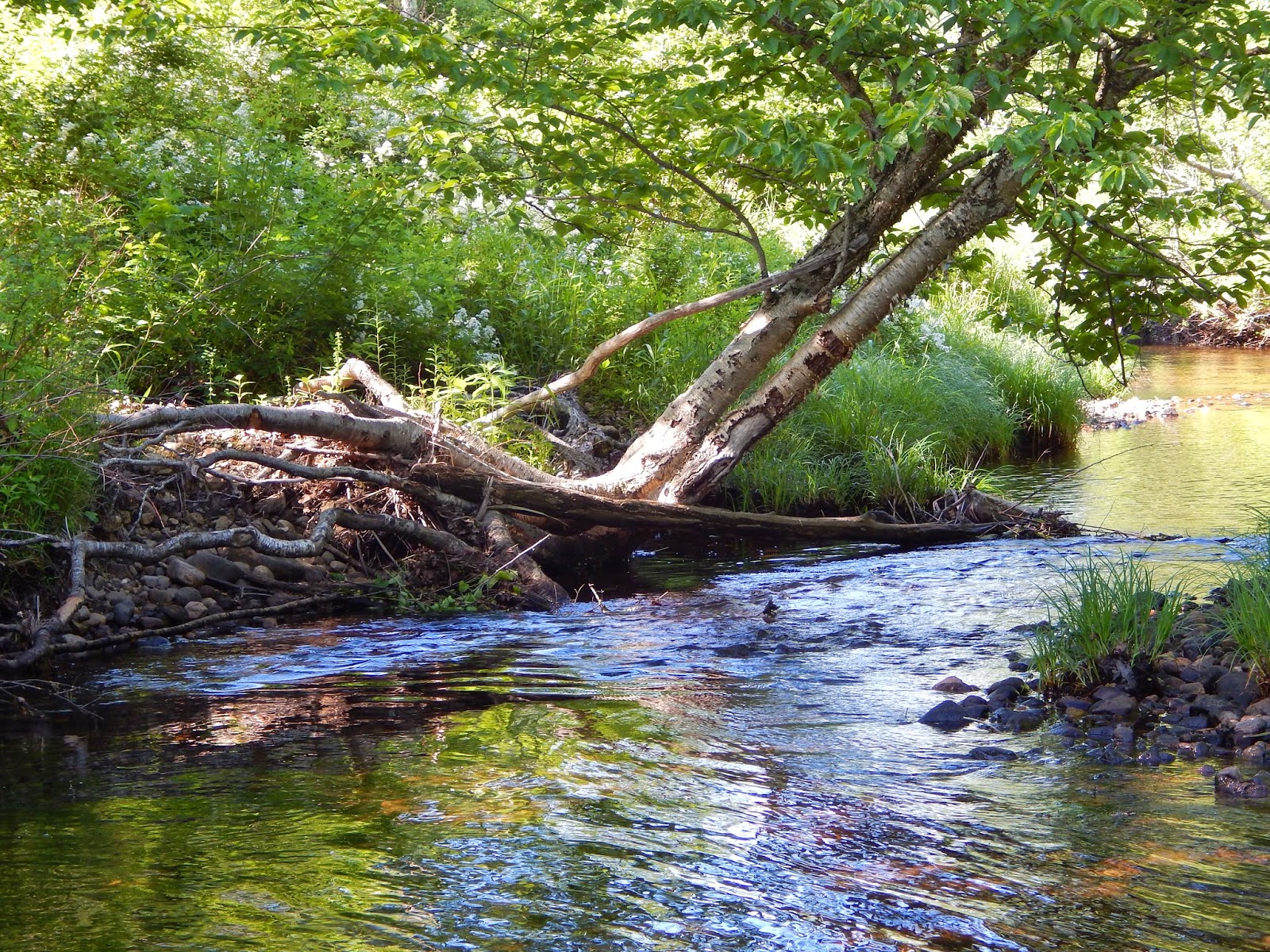 I fished the stream for several hours. The usual places brought strikes and a few hookups. The brookies took a variety of patterns this day from bombers and parachutes to picket pin wet flies. I did try a streamer, a Mickey Finn but there were no takers. 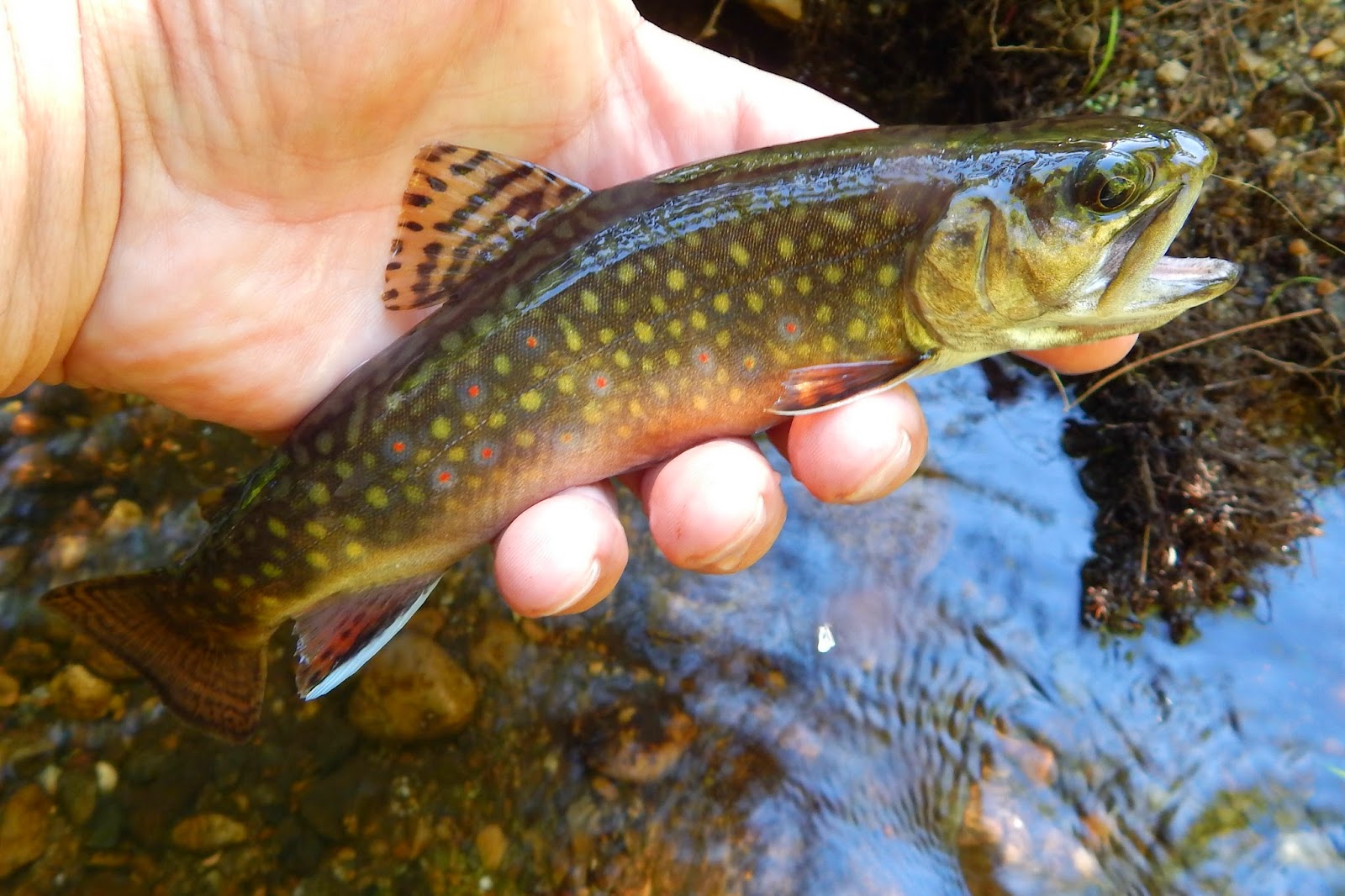 Like I said I was able to bring a few to hand. Healthy robust brook trout settled into their summer colors. 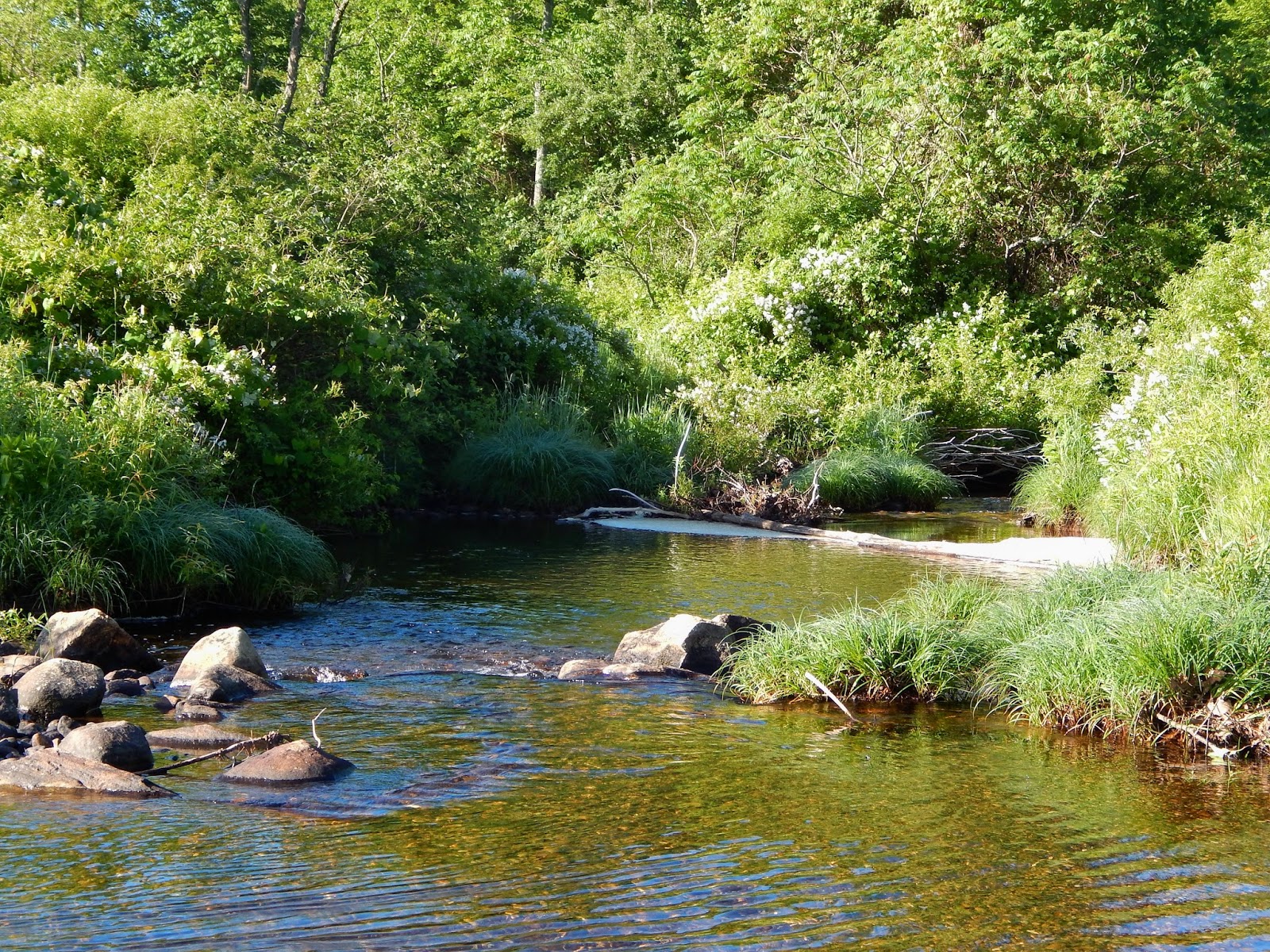 I took fish from the riffle at the head of this pool as well as the tail where the foam formed near the fallen tree. 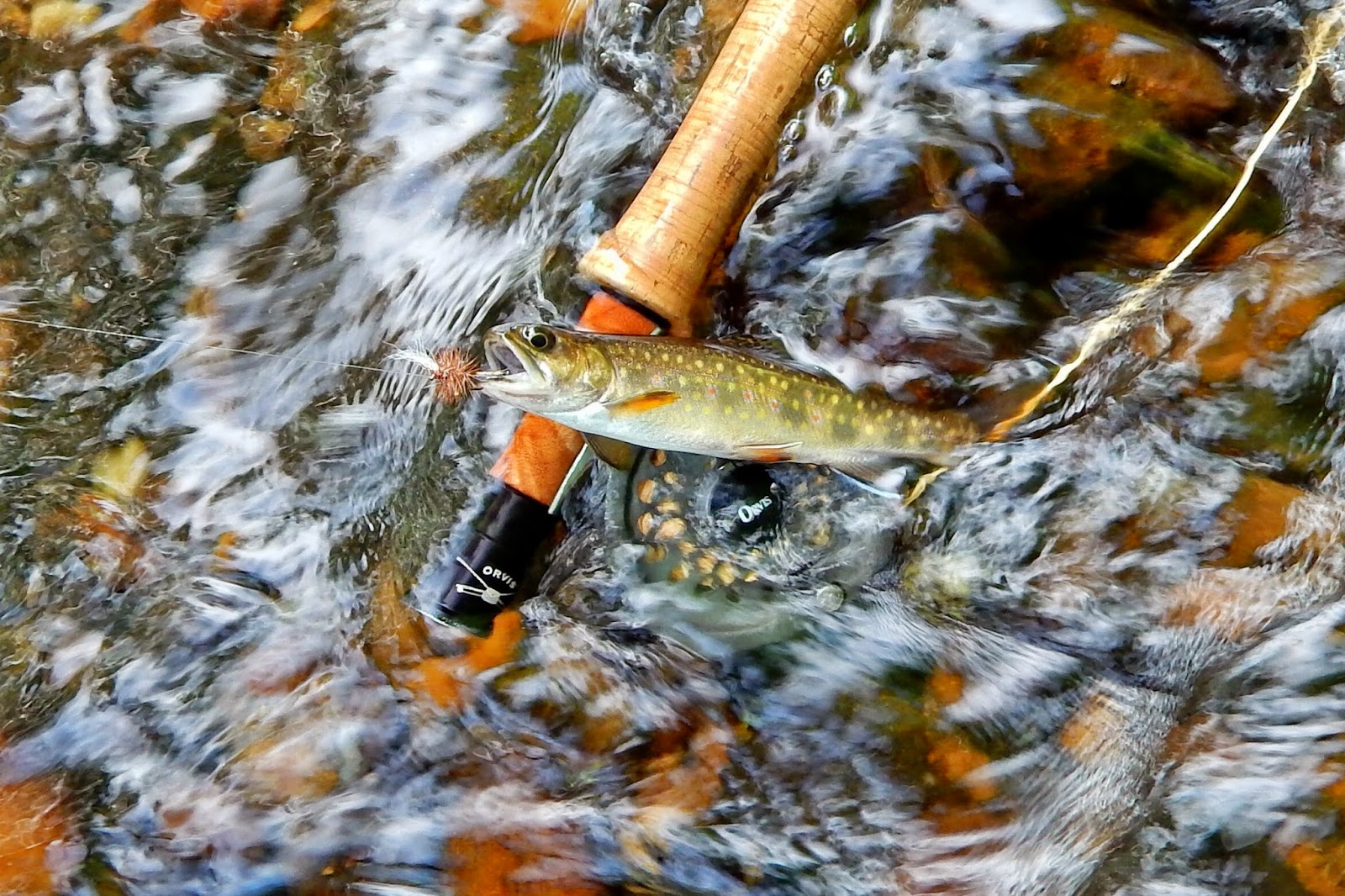 A bomber and a brookie taken in some riffles.......how often that happens. In this beautiful stretch of water I spooked several fish, and to my surprise took a brookie in midstream in the clearest of water. 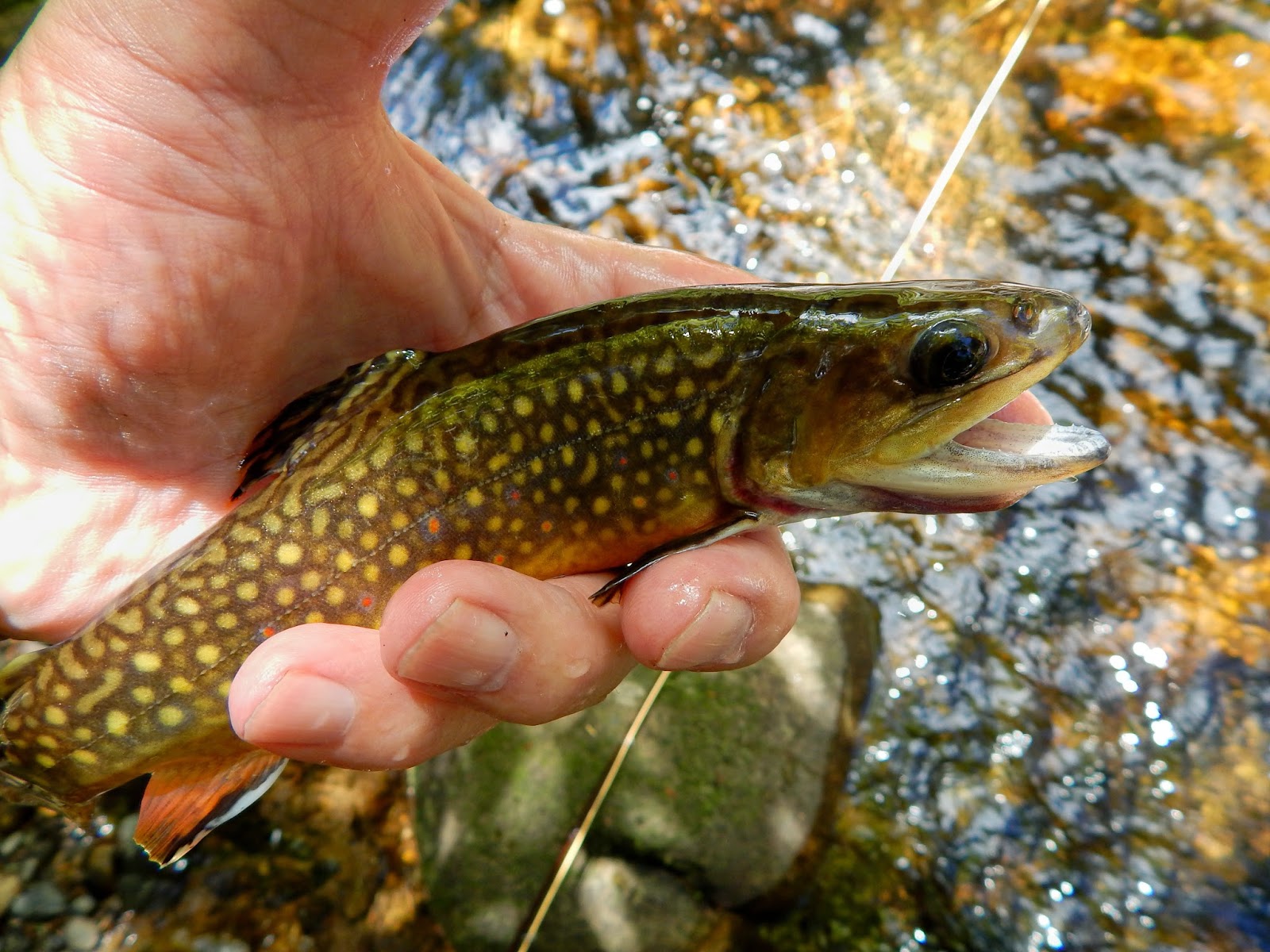 This brookie had a odd shaped head, almost snakelike. I'll probably fish here again come late summer or early fall and see if I can figure it out.