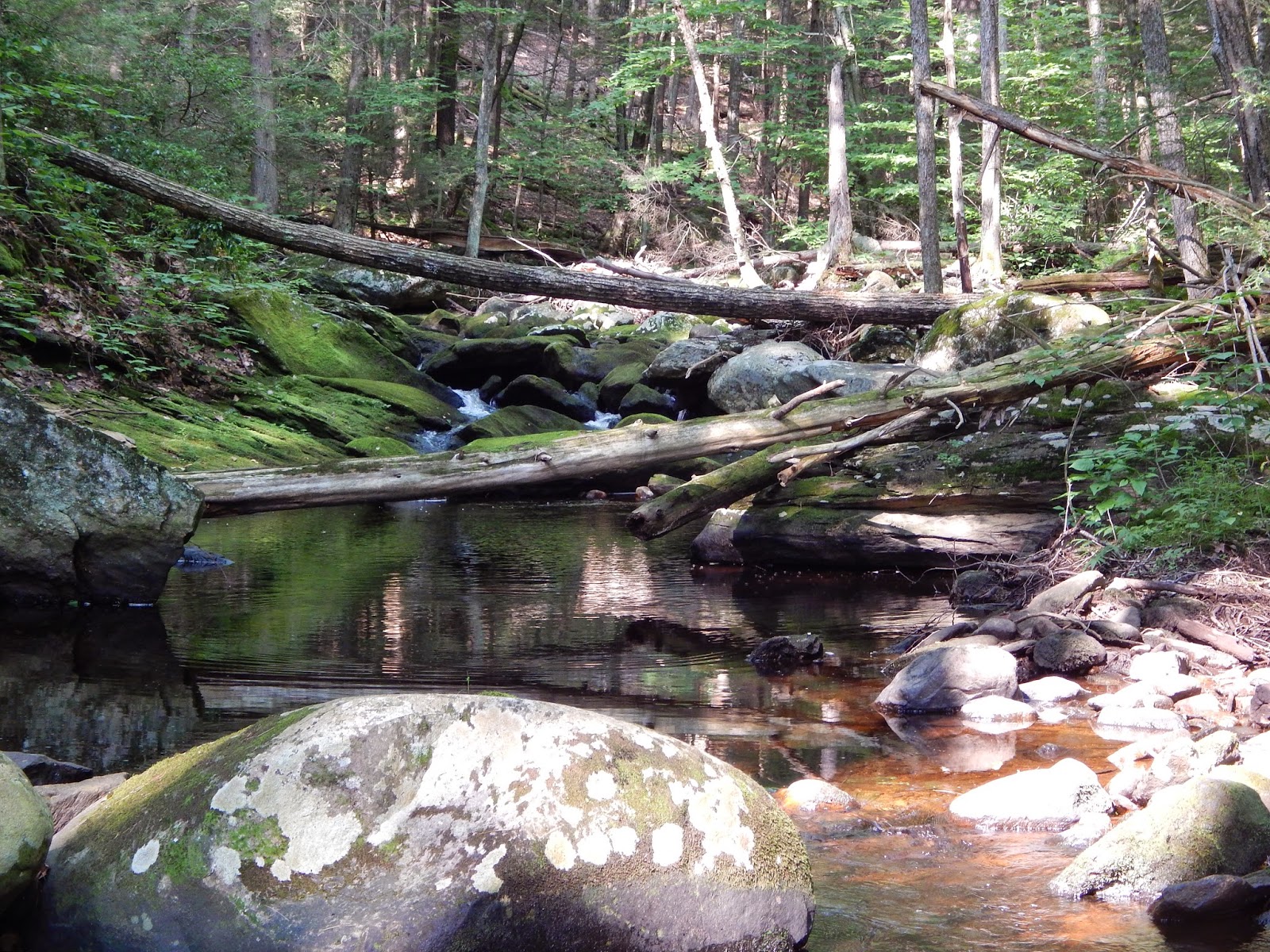 Friday morning found me driving to a few streams in northwest Connecticut. I was on the road before 5:30 already well into my 3rd coffee. The weather for this day was cool, clear and abundant sunshine. I had planned to fish the Farmington but changed my mind and opted for the little waters instead. Arriving at the first stream I found the conditions to be good, as far as flows go. There were places where it was a bit skinny, but the flows often led to some pretty big pools. Out came the thermometer and first things first. The water was 60, and several checks through out the day showed it to remain well within the safety zone for trout.

I had with me my TQR 5ft 2wt. This little rod was perfect for these streams. I like this combo and don't know why I don't fish it more often. I made my first casts with a dry fly attached and worked the pools. I was sure that the fly would be beaten up by the brook trout. I fished several pools, and runs with out a strike. I changed to a stimulator thinking this will do it, but it didn't. So now I figured they either were sleeping in later, or were looking for something below the surface. Thumbing and looking through the fly box I selected a Picket Pin wet fly, I think a soft hackle, or a dark Cahill would have worked also but it was the Picket Pin that went on to the leader. As it turns out that was the only fly used this day. On the second cast I saw a brookie chase it and back off. A cast or two later and fish on...then off. I was to have an awesome day, with endless takes and although many came to hand more were able to elude. 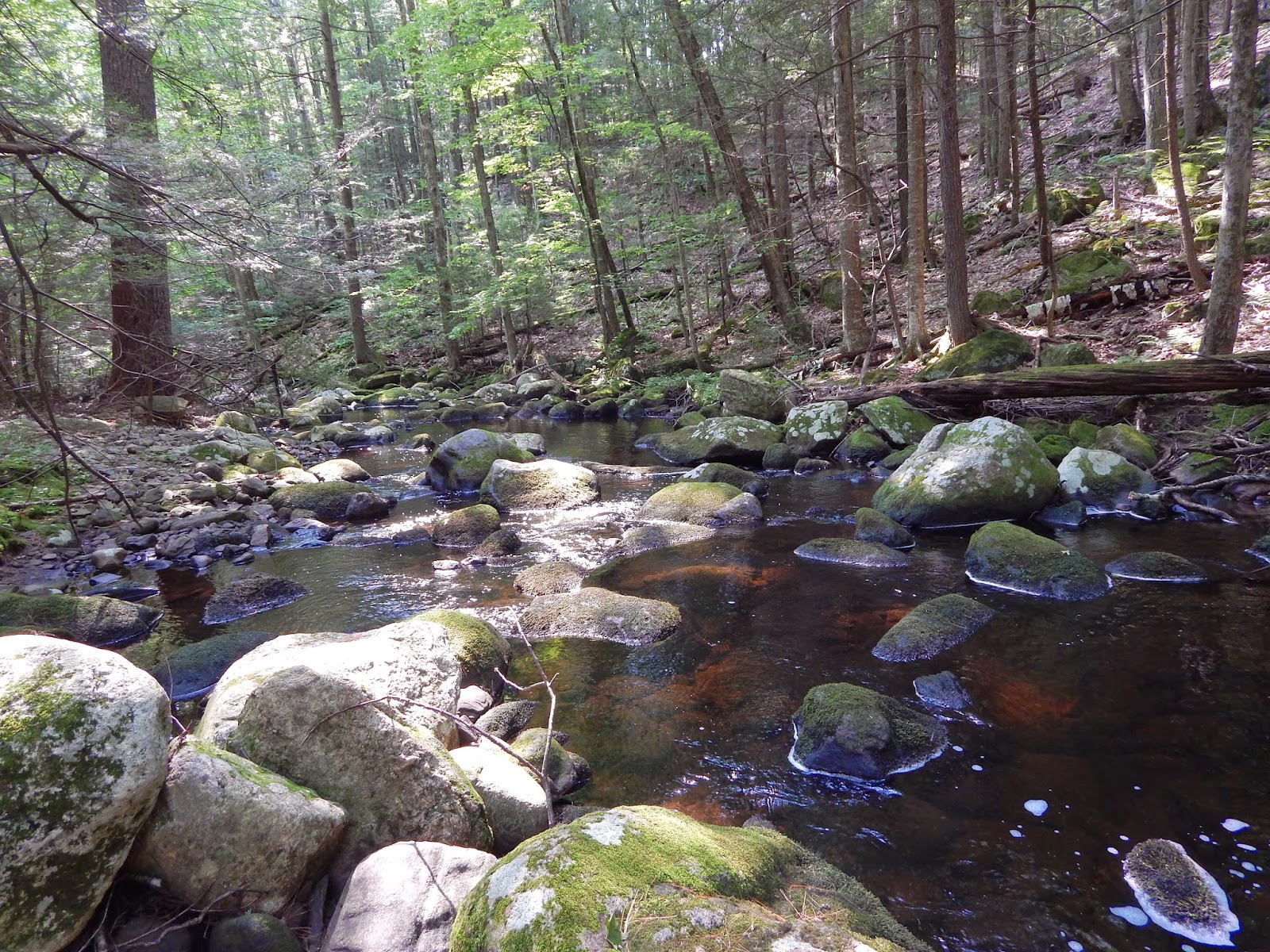 These cool tanic waters are home to some wonderful wild jewels. 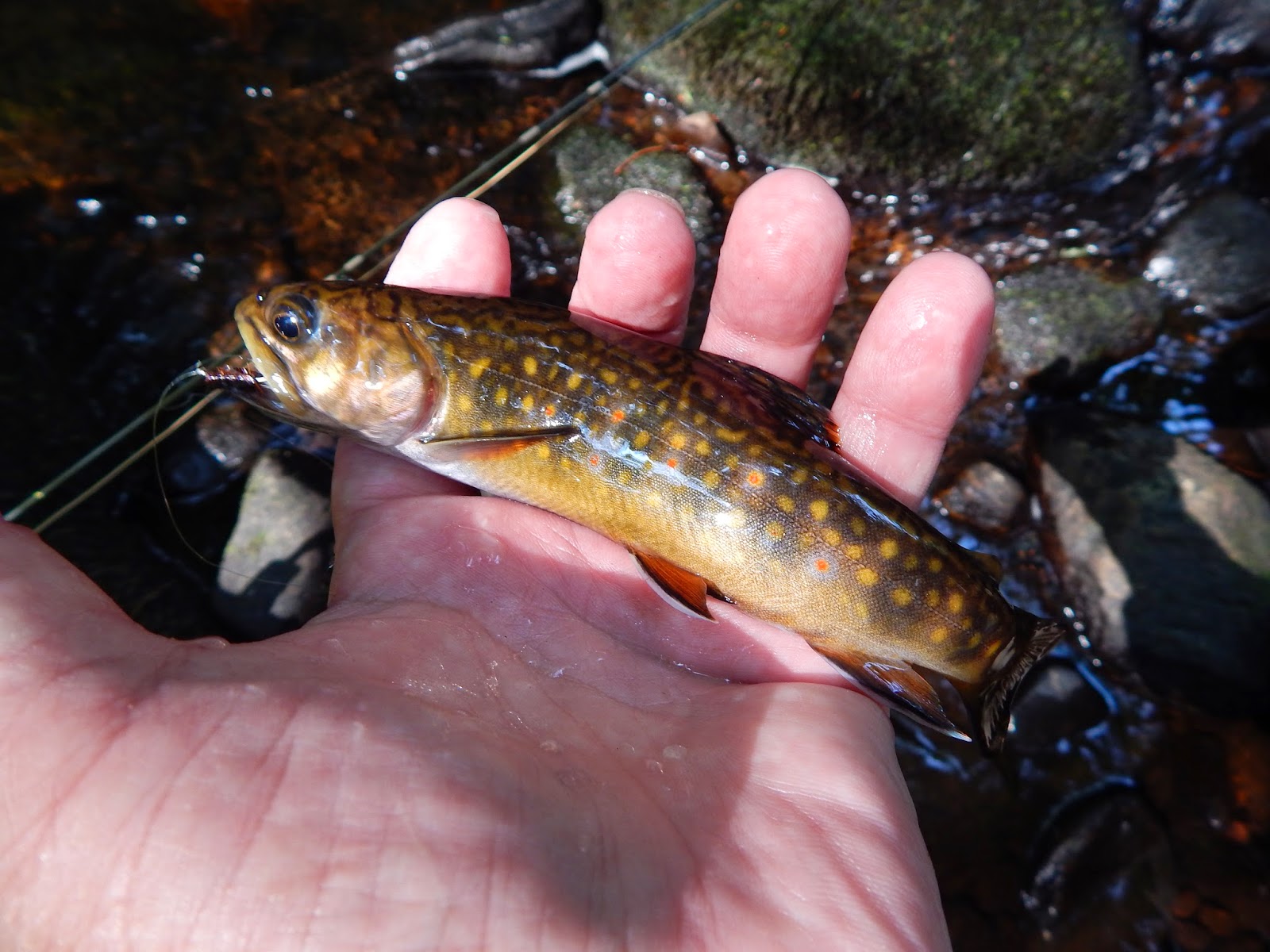 This was the first one to grace my eyes. Is there anything more colorful? 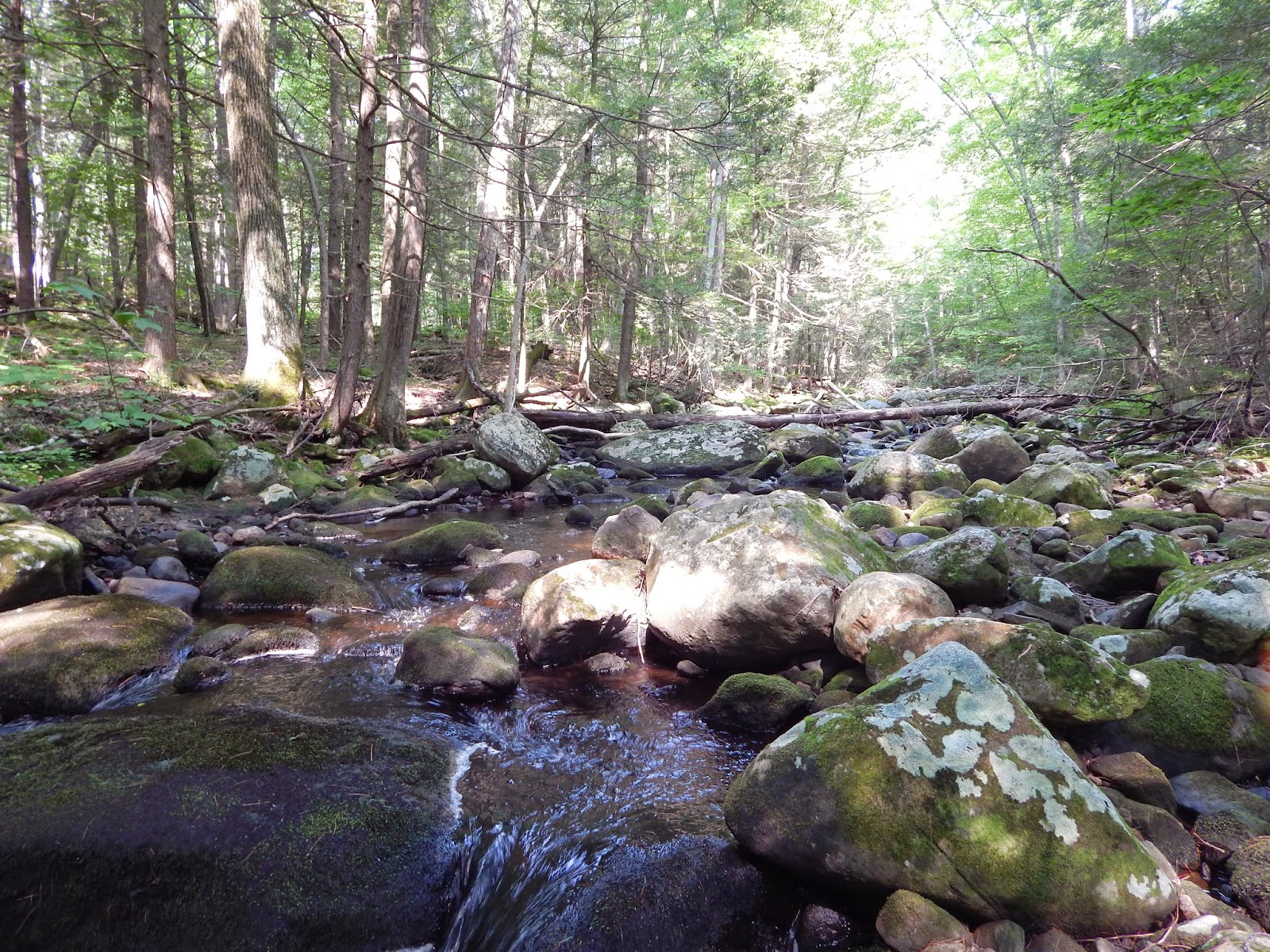 I saw quite a few deer this morning, all on the run. Even flushed a few woodcock. 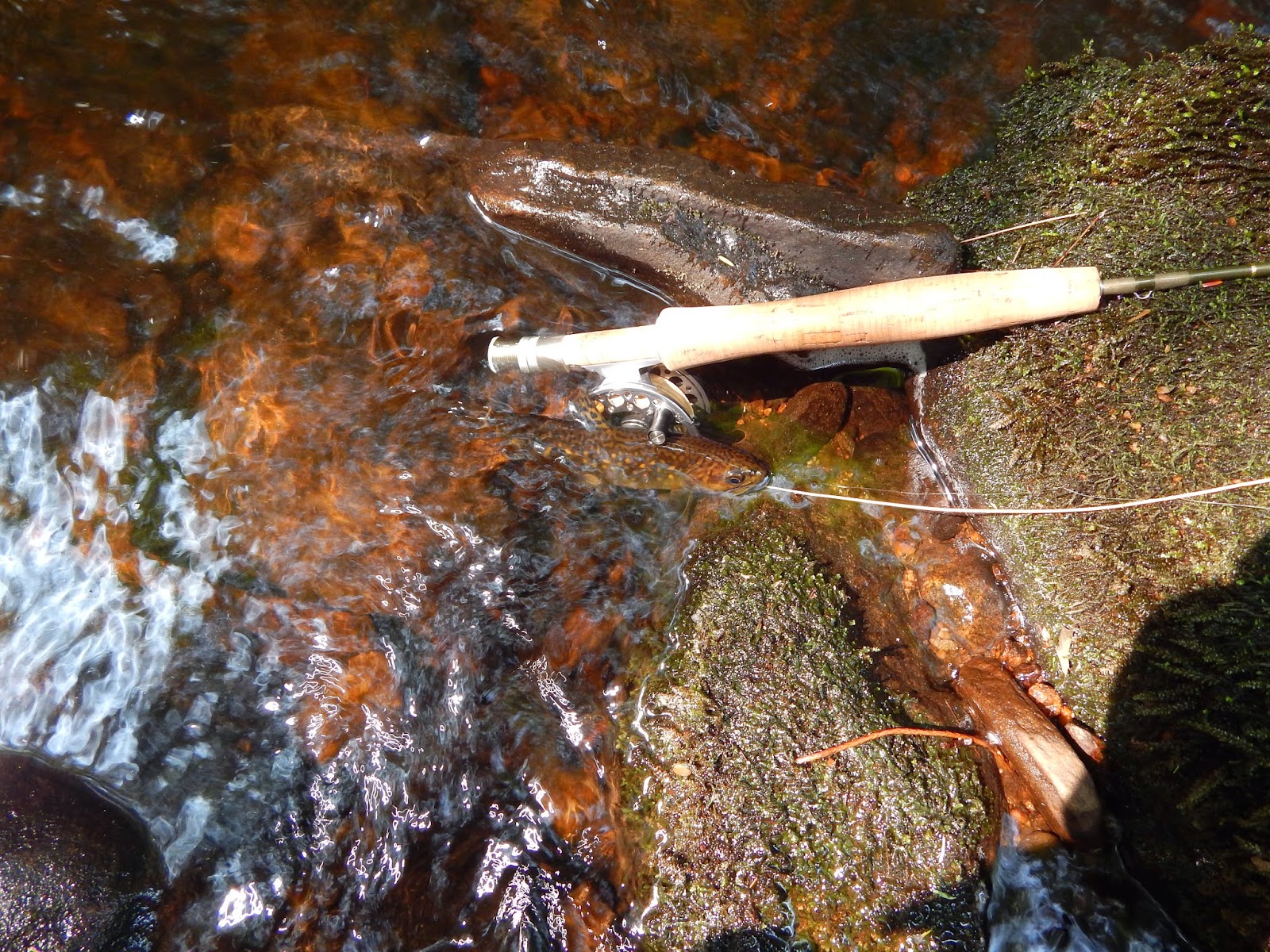 Remember when you were a kid, it's still the same wonderful feeling every time. 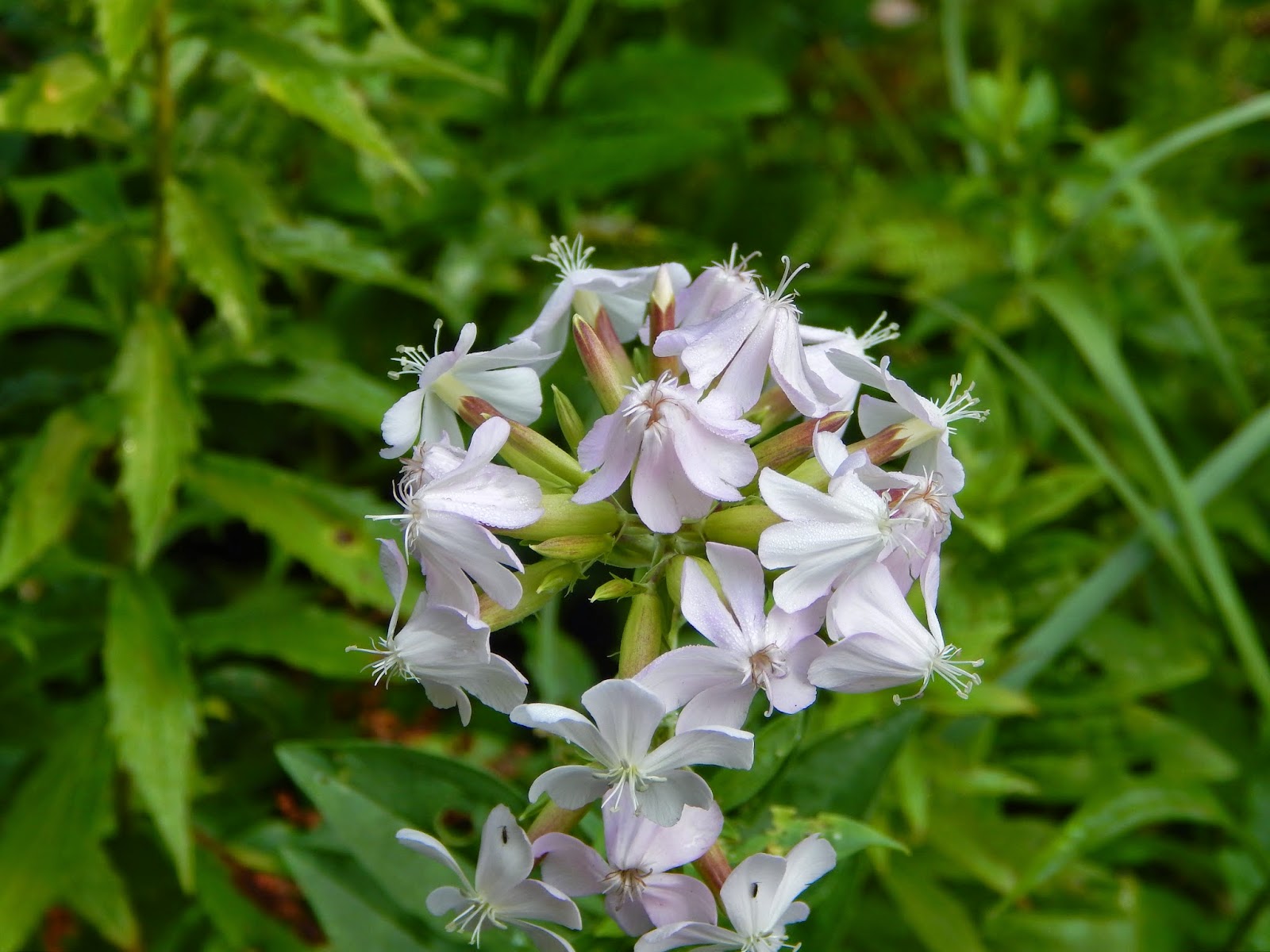 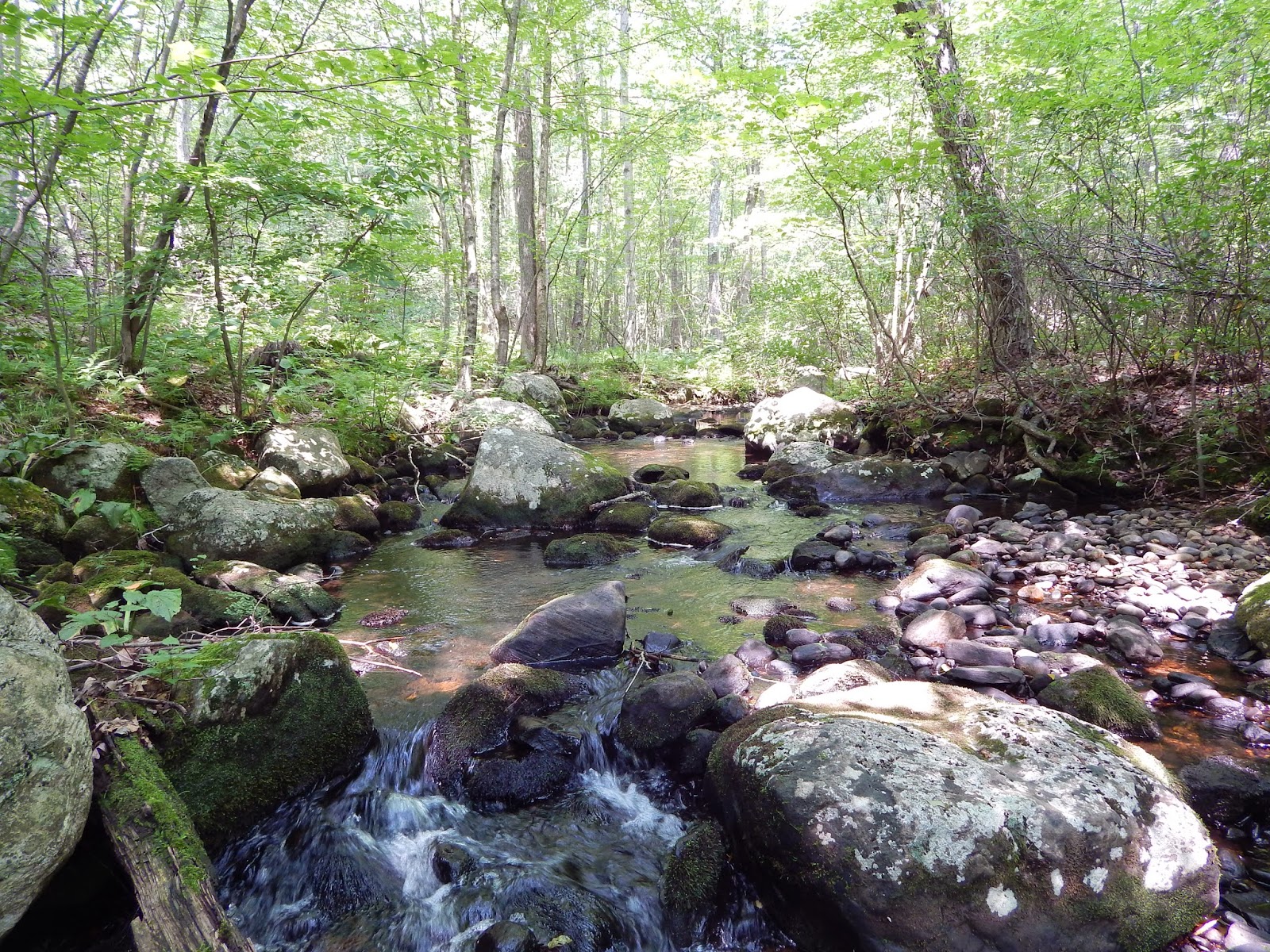 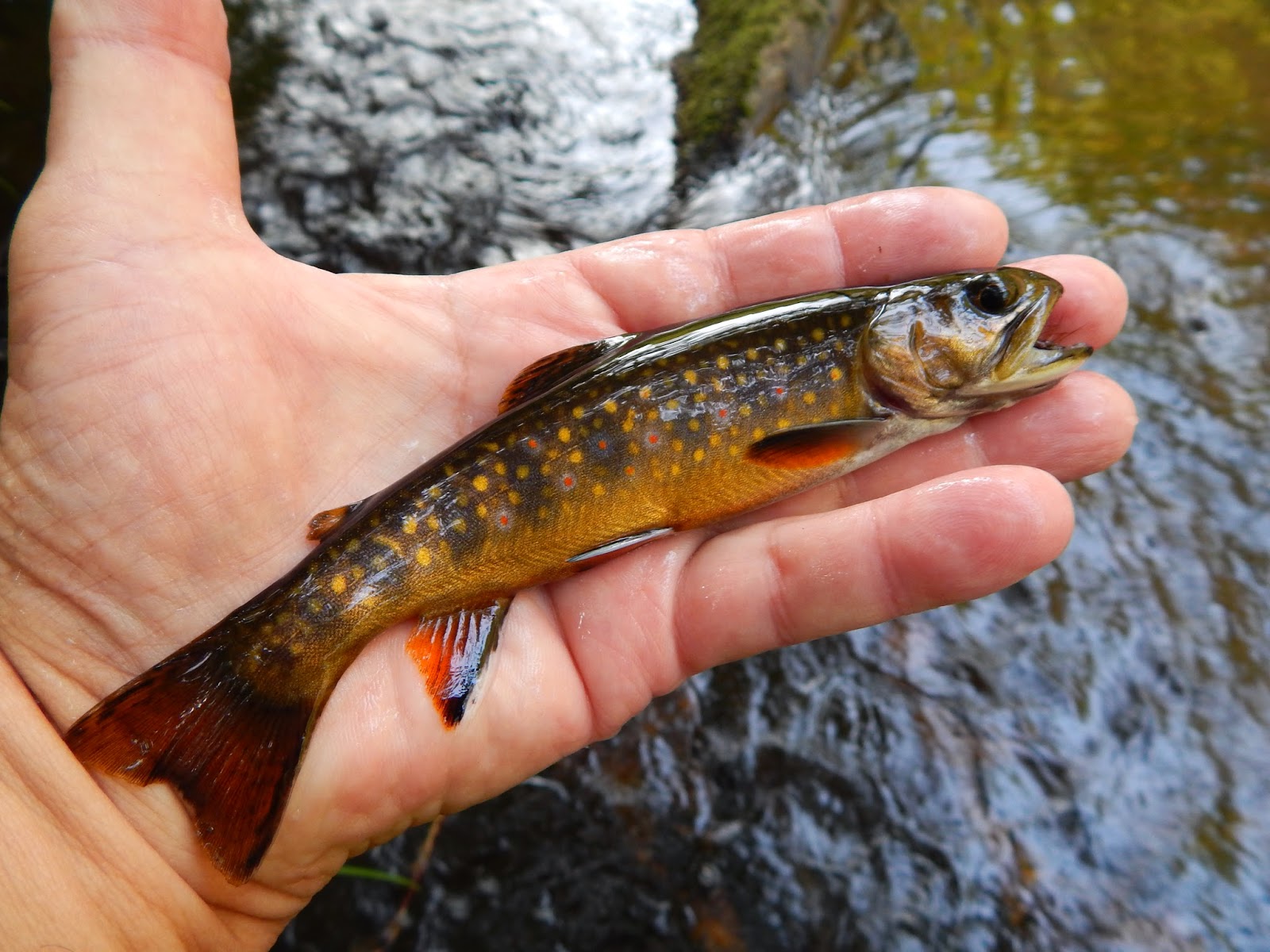 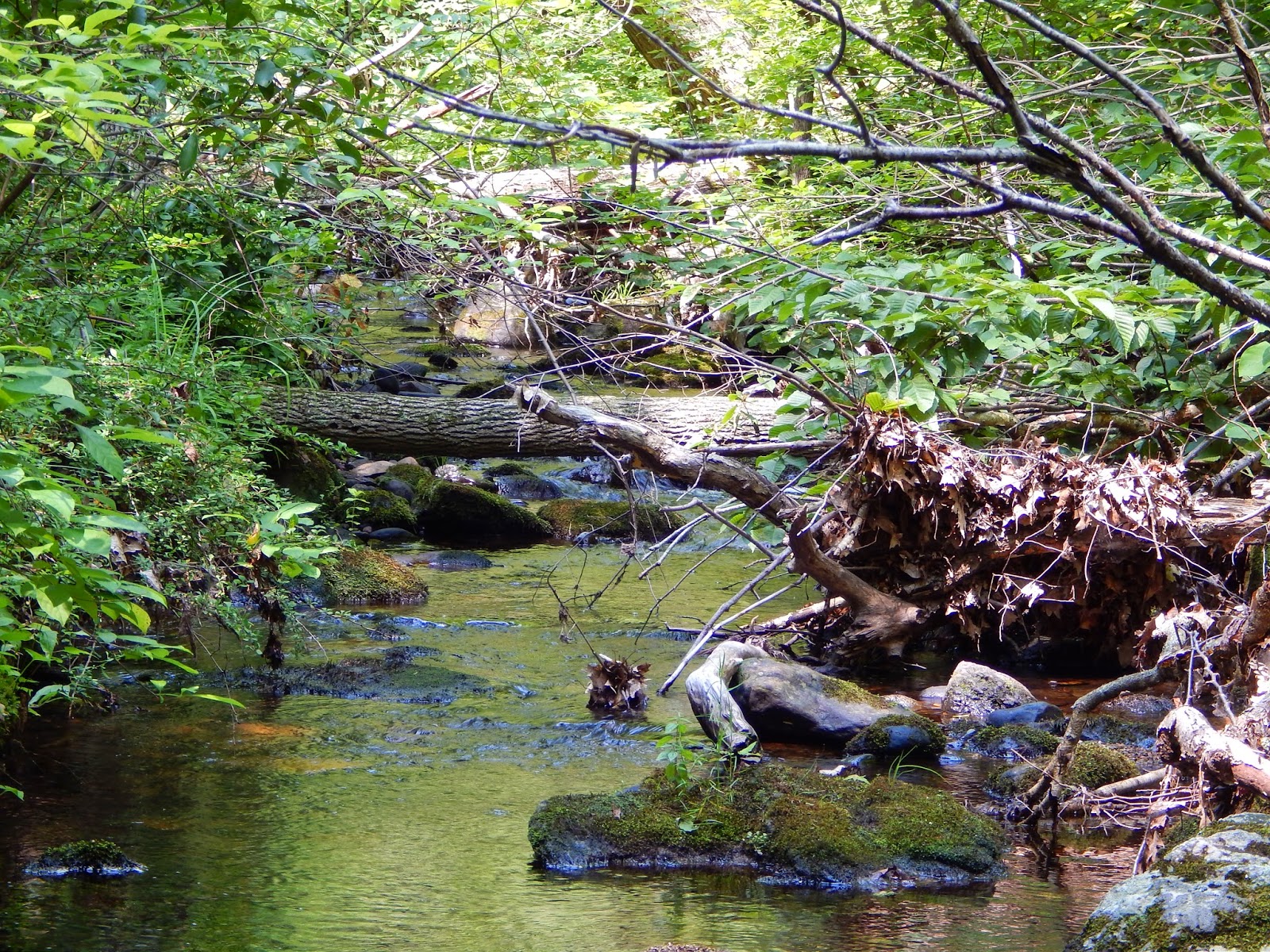 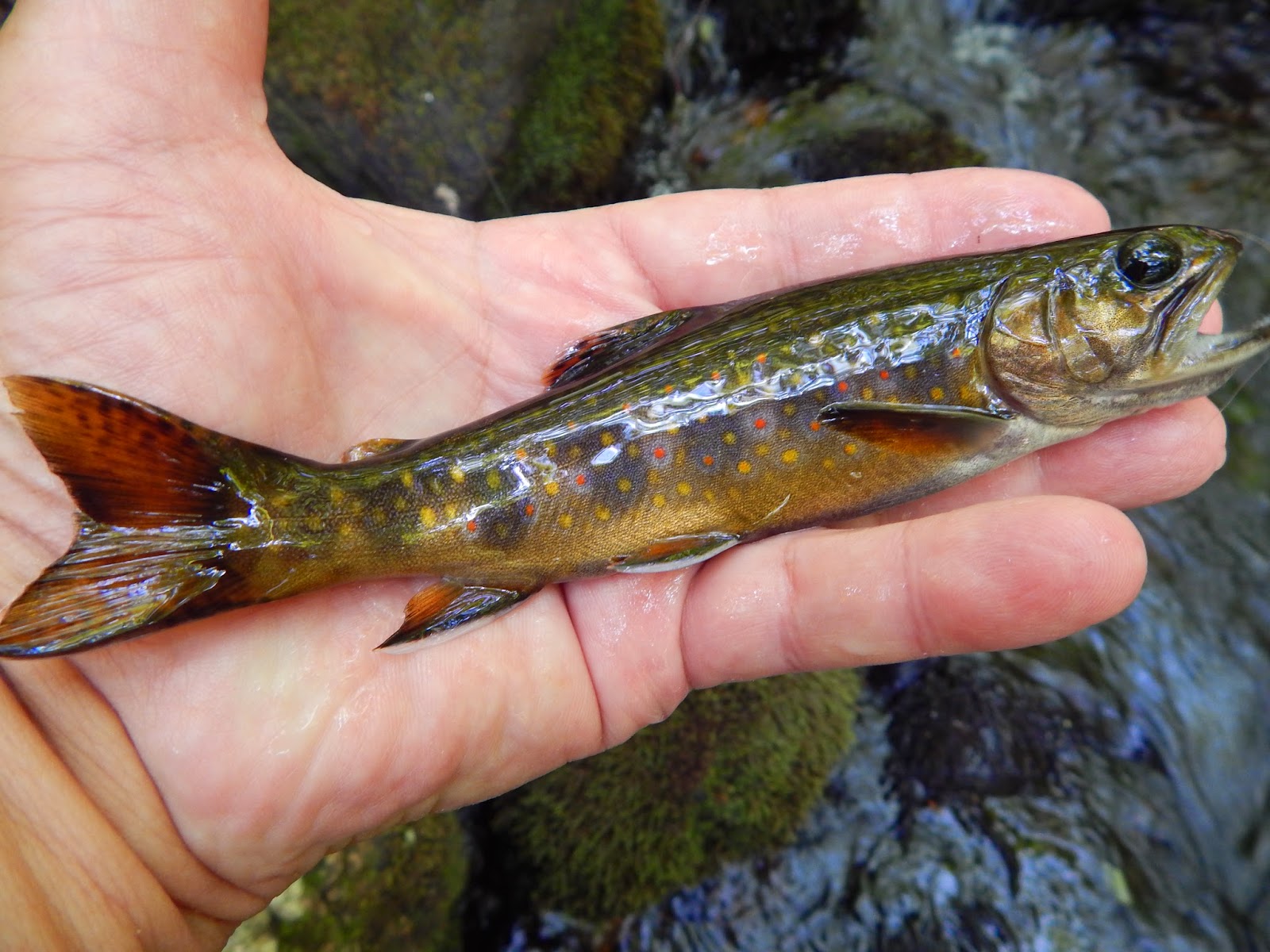