The Farmington River on the "Wild Side" 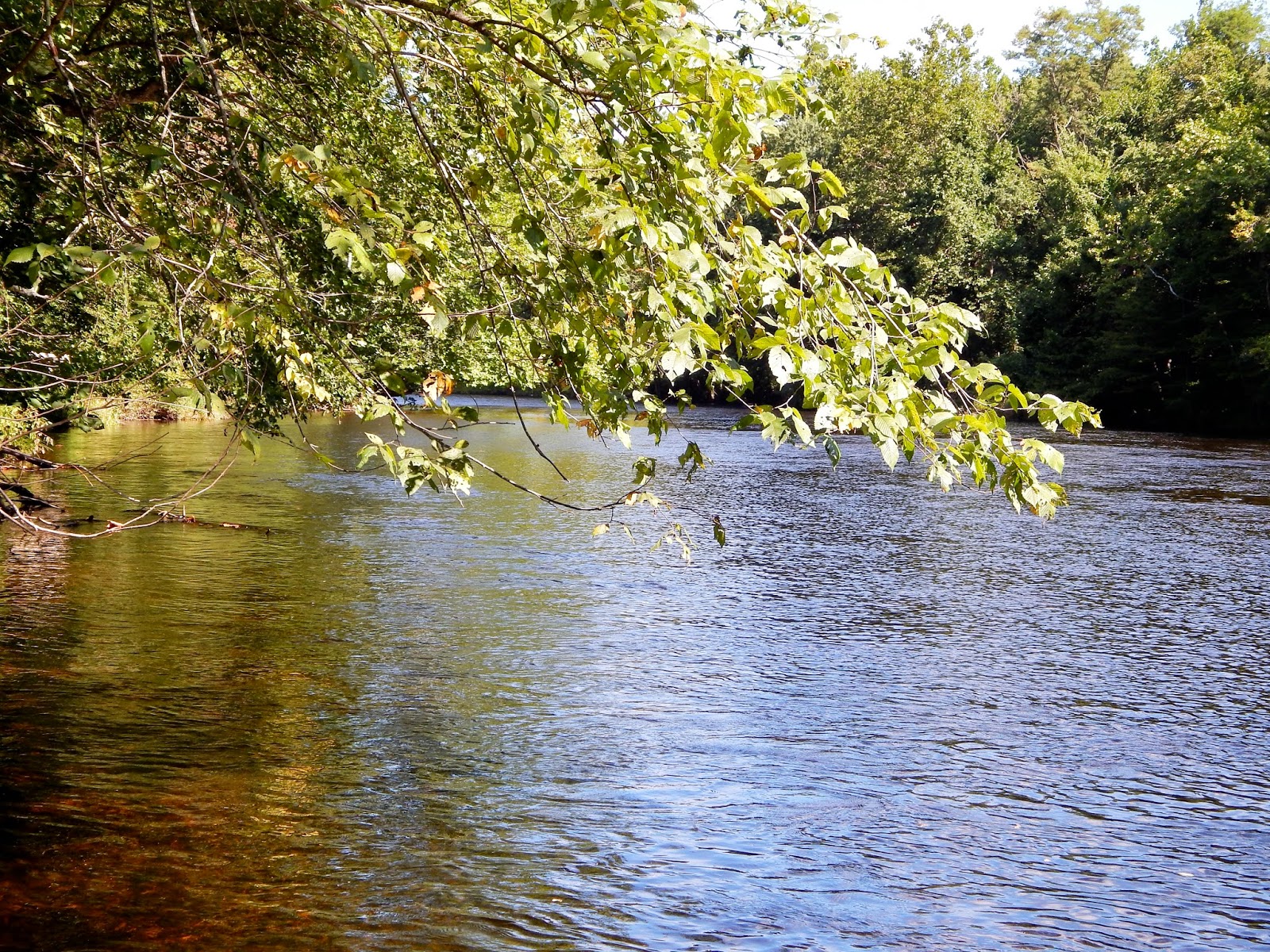 Yesterday morning I fished Connecticut's Farmington river. The Farmy was not my first choice this day I had planned on fishing another stream which was about 25 miles further north, the reason being I just did not feel like driving the extra miles. This trip was only my 3rd or 4th time fishing this big river this year. As I drove down the dirt road to the pull off where I was going to enter the river I noticed it was on the high side. Some folks like these flows but they do not seem to work for me.

I was geared up in a few minutes and on the water seconds later. The rivers clarity was the first thing I noticed. With the sun hitting the water as it moved over the boulders was truly a beautiful sight. I noticed a few changes that would indicate a season change about to come. There were no rises, with the exception of a few that took place as a second thought that the trout made.

I fished a variety of flies this day but most were wet flies and soft hackles with a caddis dry and a mini muddler. This day produced a good deal of trout both in the numbers hooked as well as a few to hand. Most of the fish were brook trout, some small salmon and a brown that whacked the fly not more than 5 feet from me. While I was there I saw just one angler. As the sun began to work it's magic I noticed a good hatch starting to happen. I was in a position not to be able to match it and I finally made my way to shore. I'll try to be equipped to match this hatch next time, the "Tube Hatch" 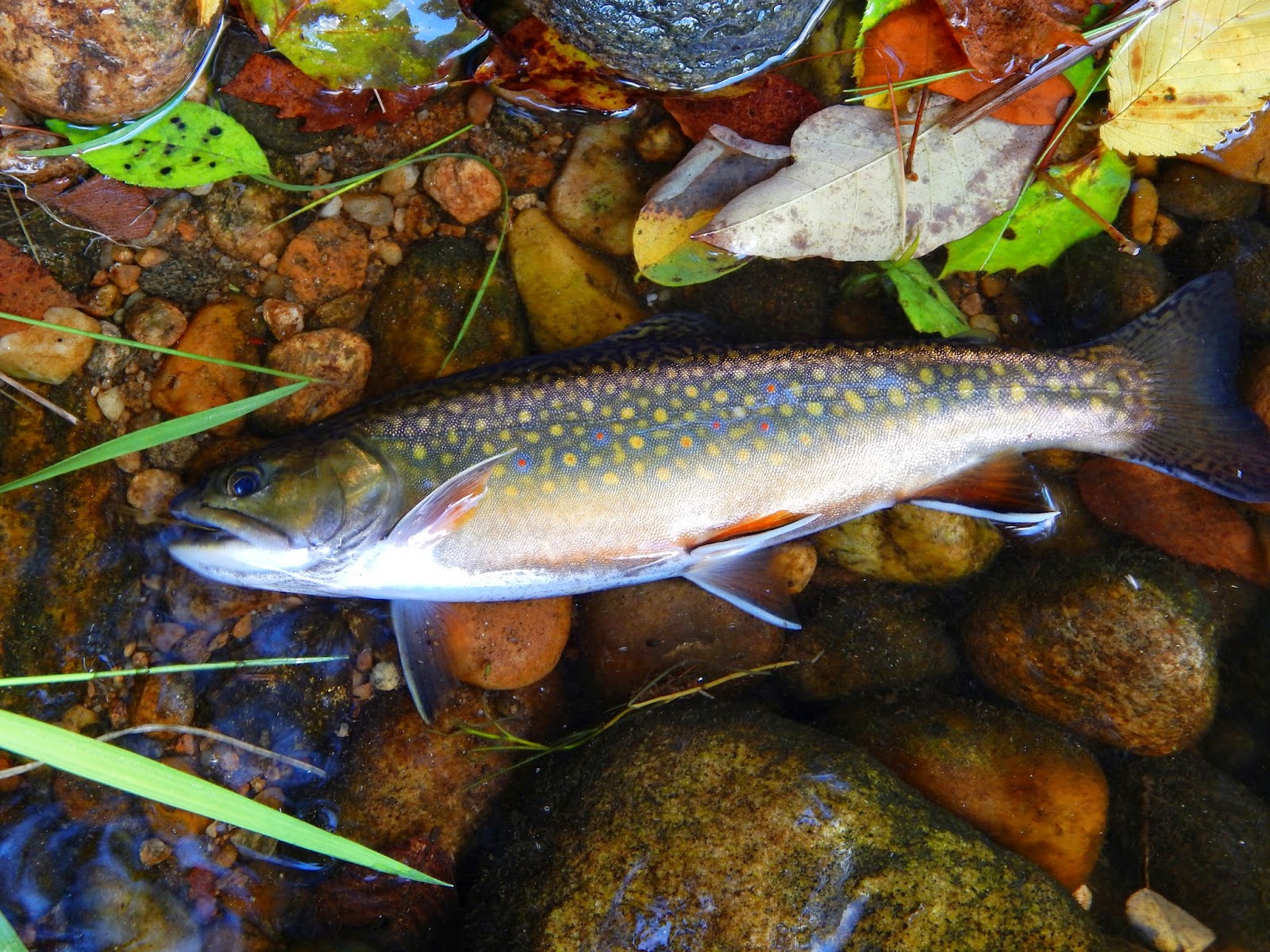 One beautiful wild jewel. About a month away from full Autumn dress. 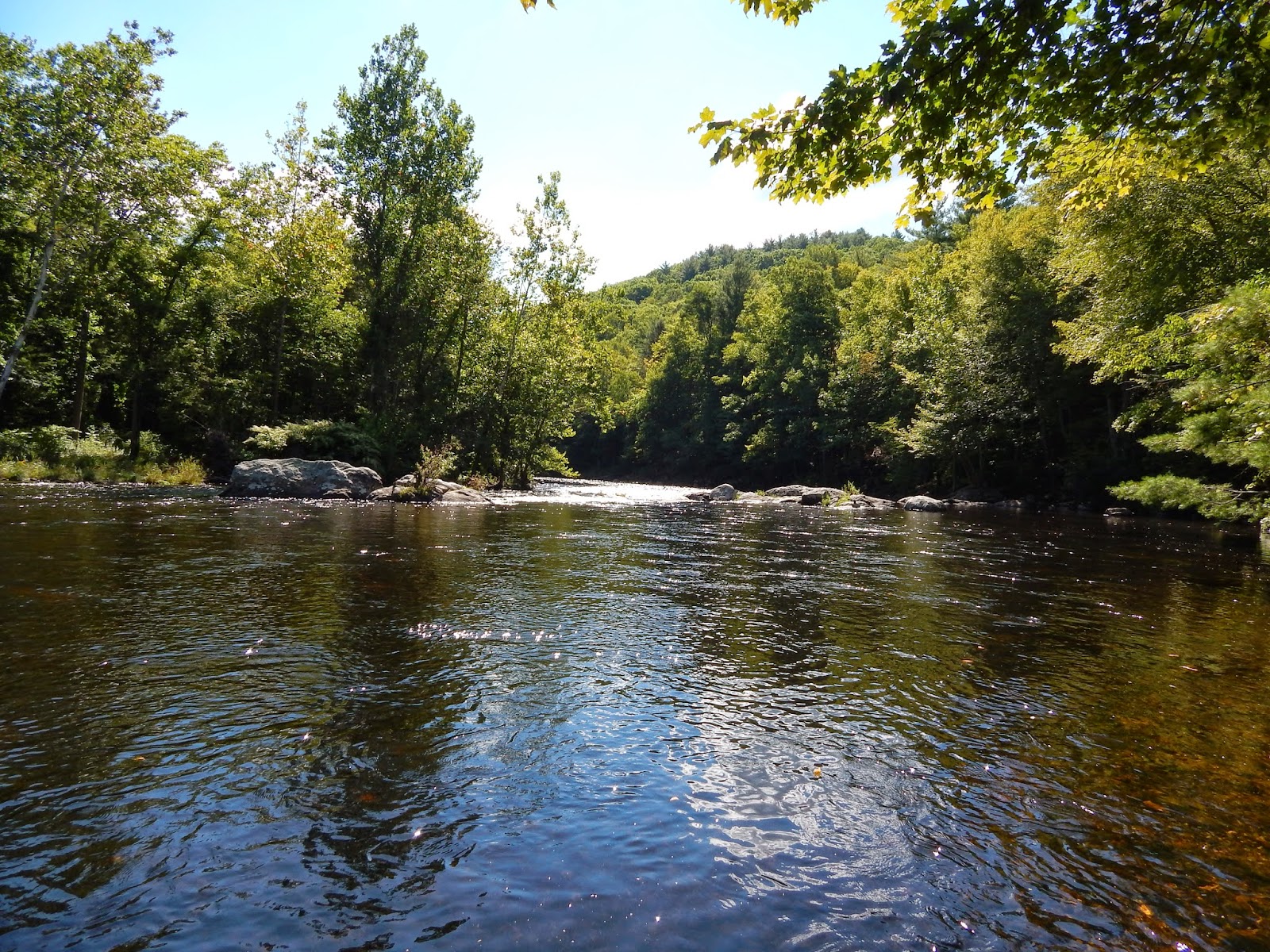 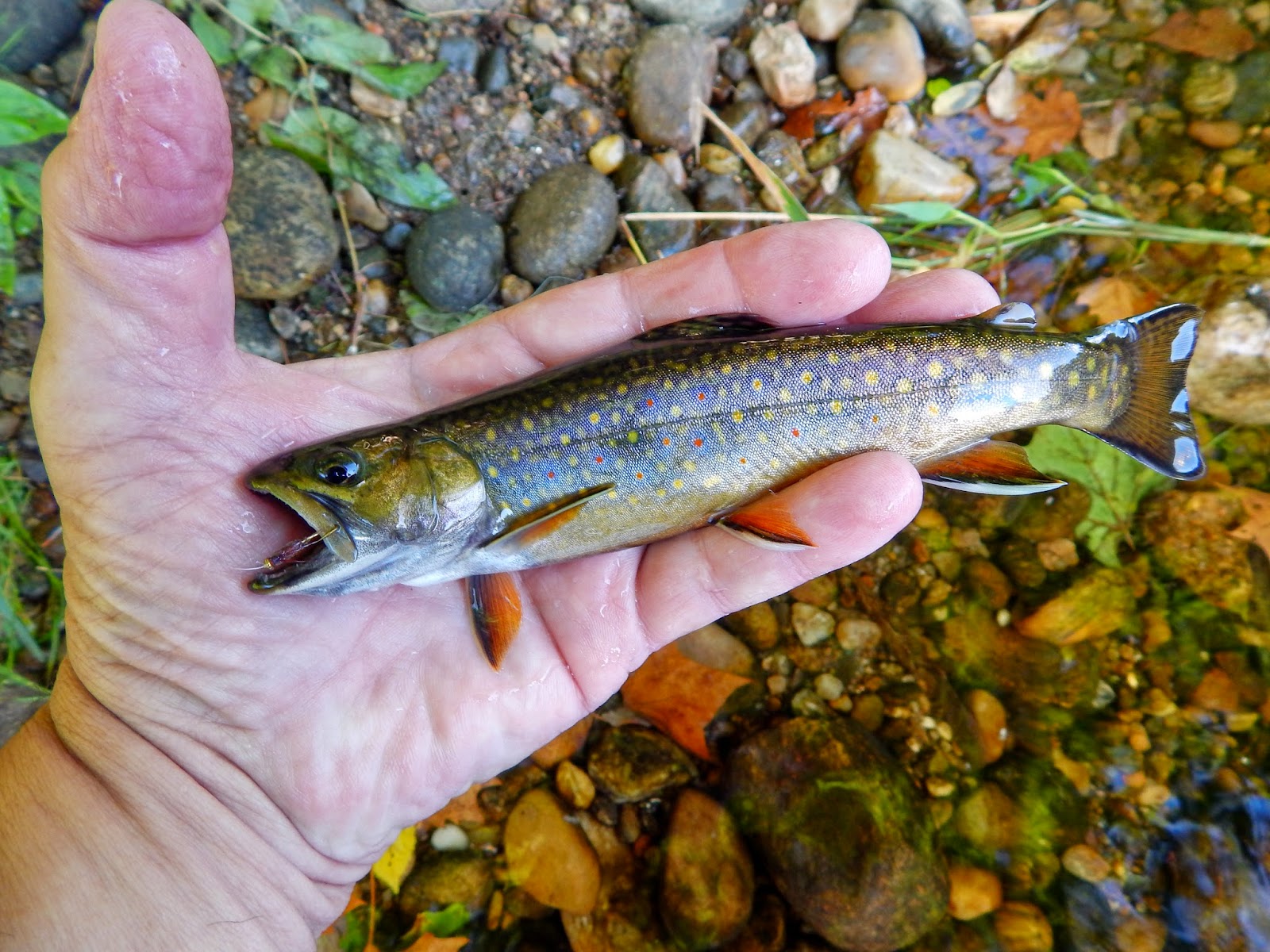 While most anglers who fish this wonderful river are in search of some of the bruiser browns that inhabit the Farmy. I am contented to catch a few of these. 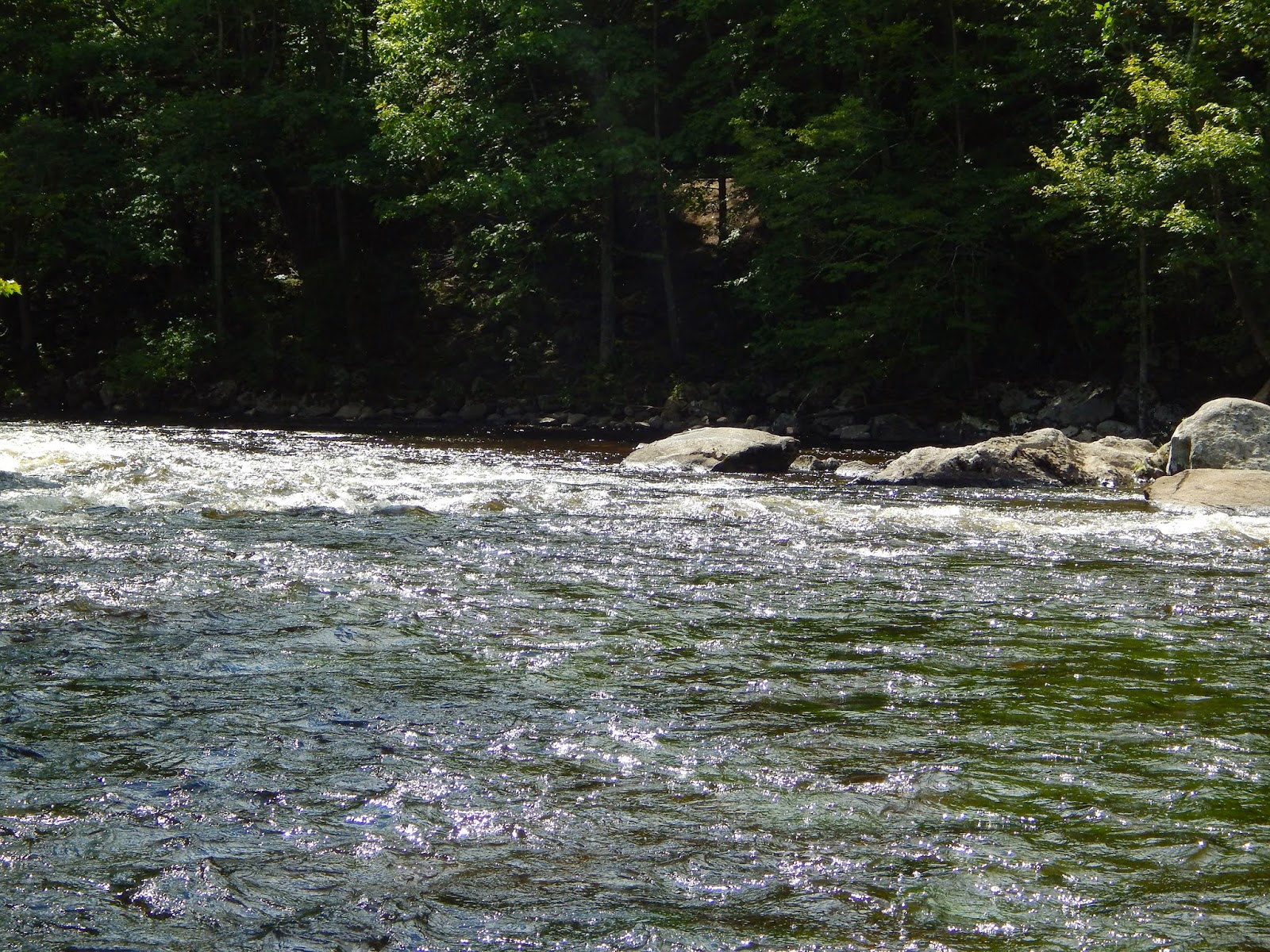 The Farmington in one of its wild spots. 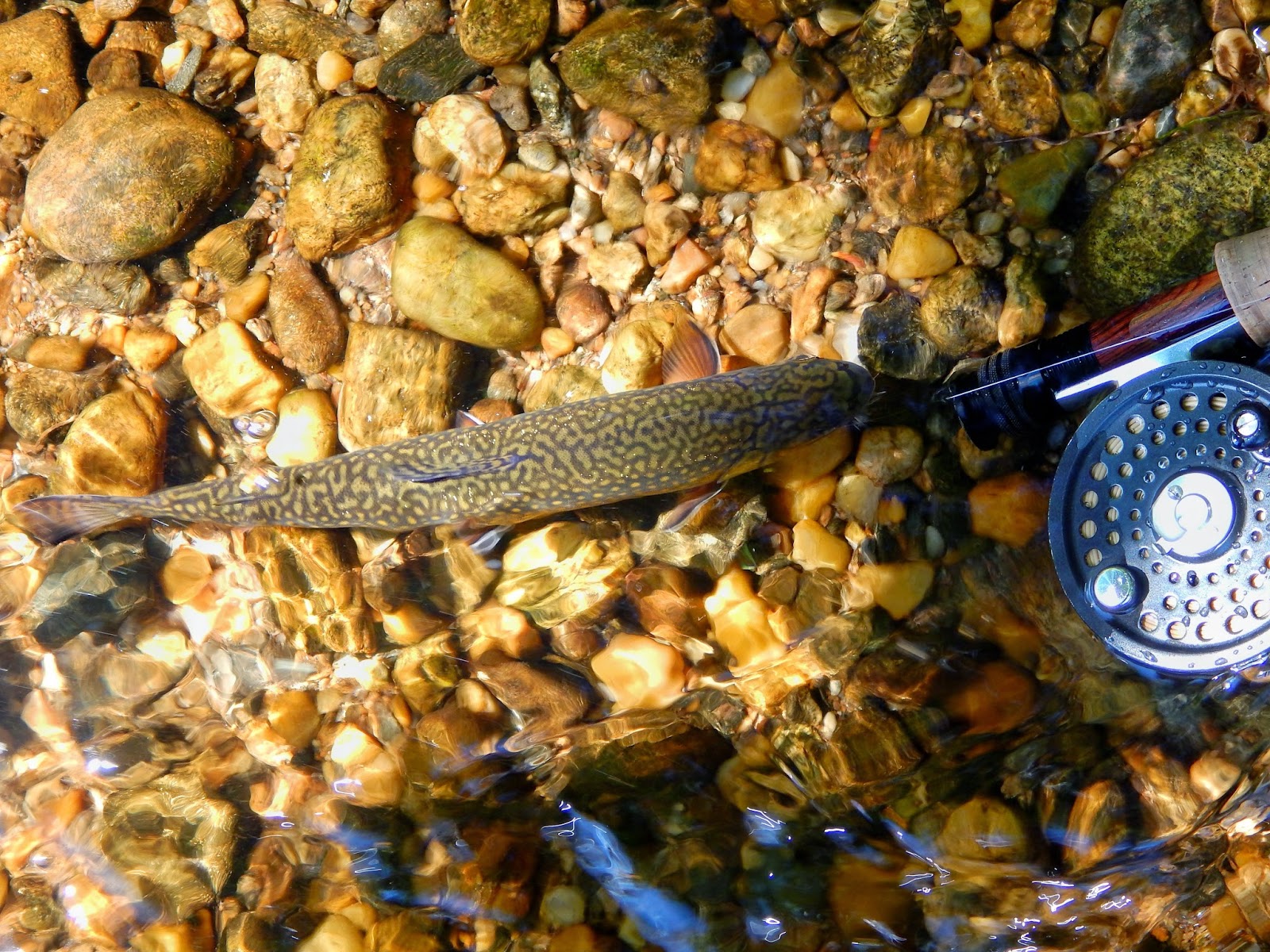 A big river producing a wild brook trout. Tranquility...The Farmington on the Wild Side.