Fran Betters "Ausable Bomber" has been in my emails many times in the last several weeks. Questions about materials, construction, sizes and so on. And with that much interest I decided to do this post. I don't know when Fran first tied this fly, I came to know of it back in 2002 while visiting his shop in Wilmington. I bought a couple of them and was impressed with the way trout, and especially wild trout hit this fly. I attempted to tie it and the first few flies I fished were not taken the same way that Frans versions were. I contacted Fran and was given instruction, as well as materials that are a must to get this fly to work the way his did.

I don't know if Frans design of the "Bomber" was for use in rivers, although I suspect it was, being from a region where the mighty Ausable flows. But the "Bomber" is a small stream must have dry fly. It has taken trout for me every where it's fished, as well as every month of the year. 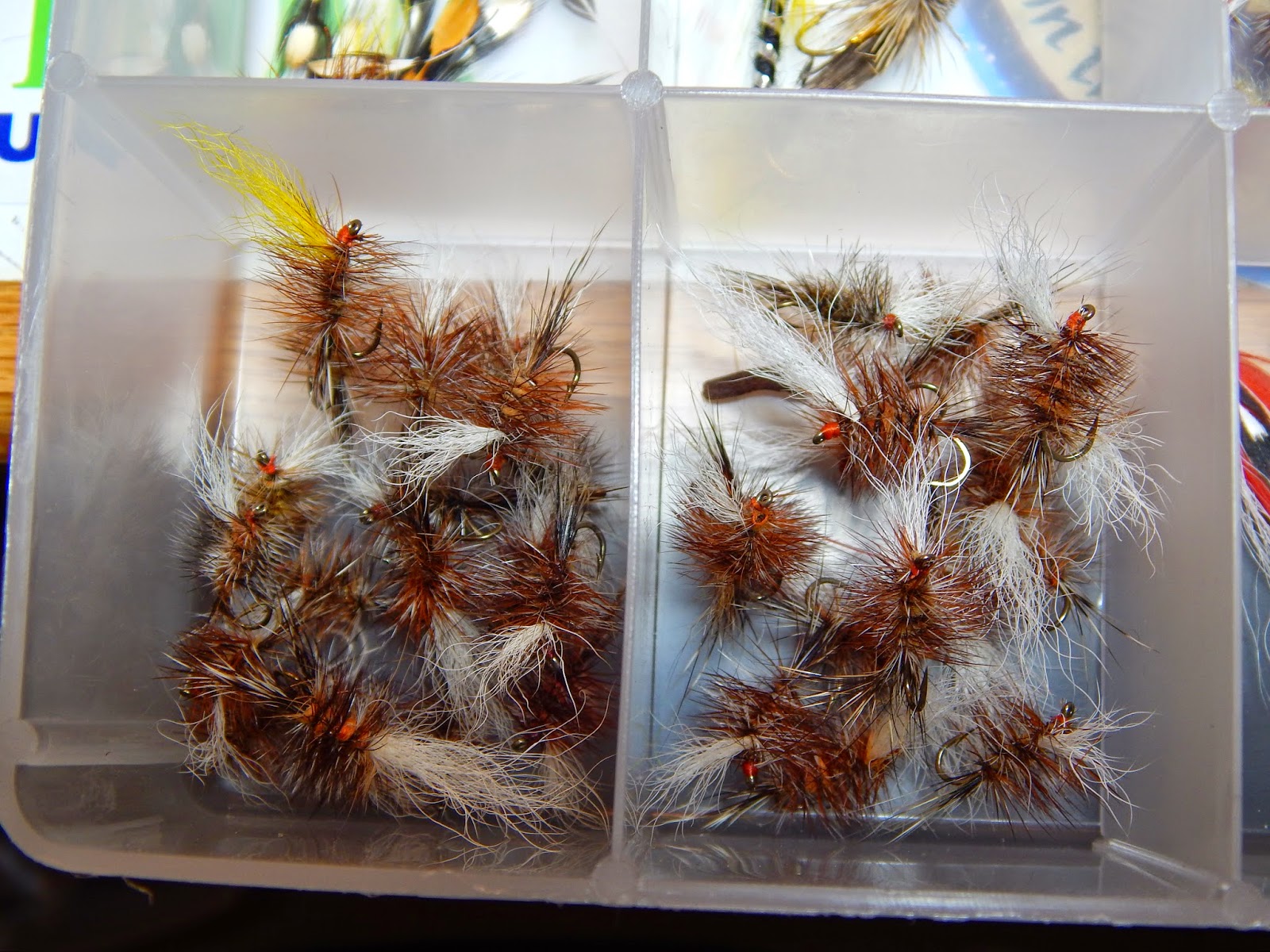 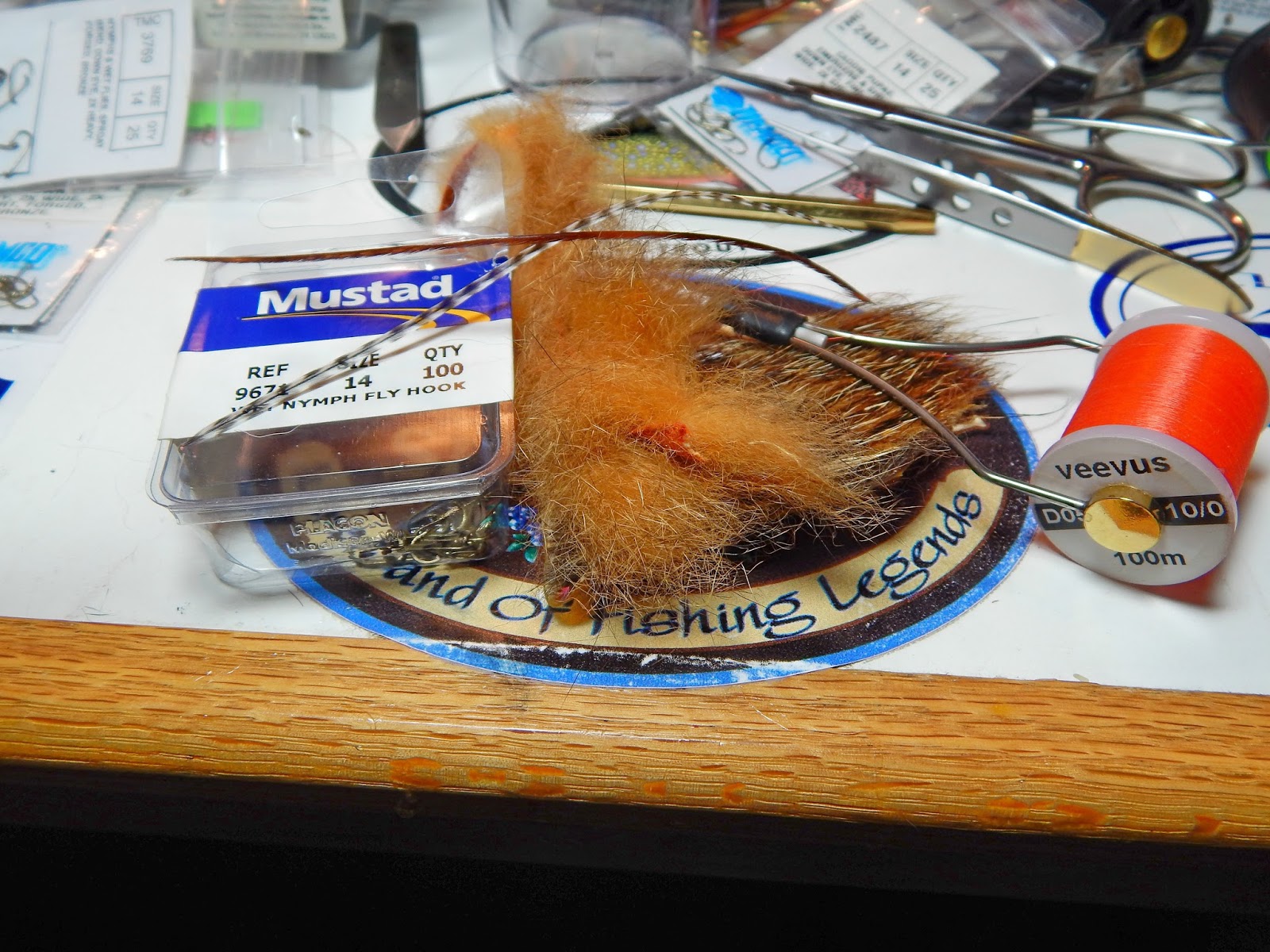 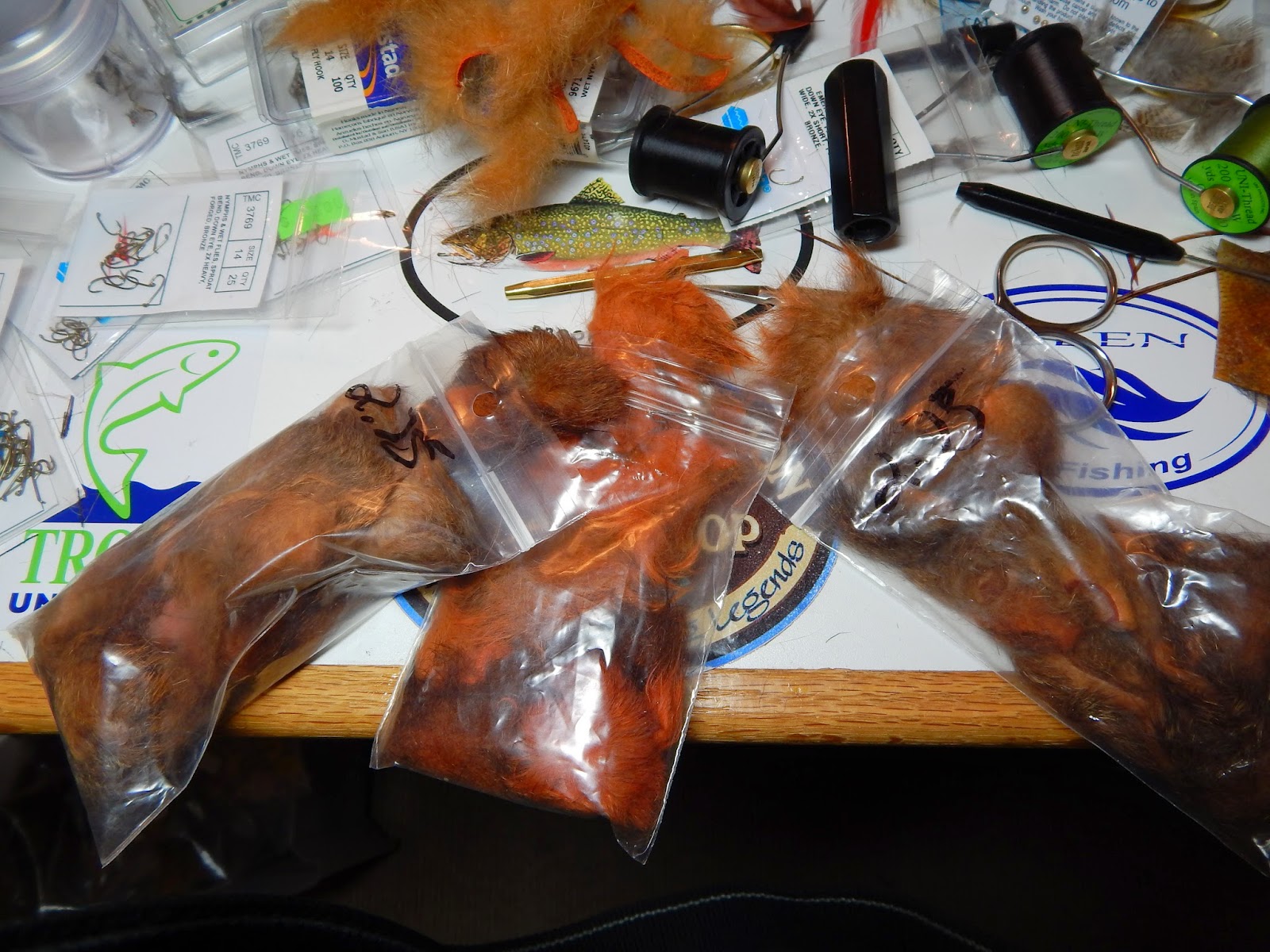 This is the main ingredient to a Ausable Bombers success, these are not my words but Frans. Rust Orange Australian Opossum. These came from Frans shop and as you can see there is some variation in color and depending where the fur came from on the body some of it is a bit wirery which is also a plus for making these flies look very buggy. 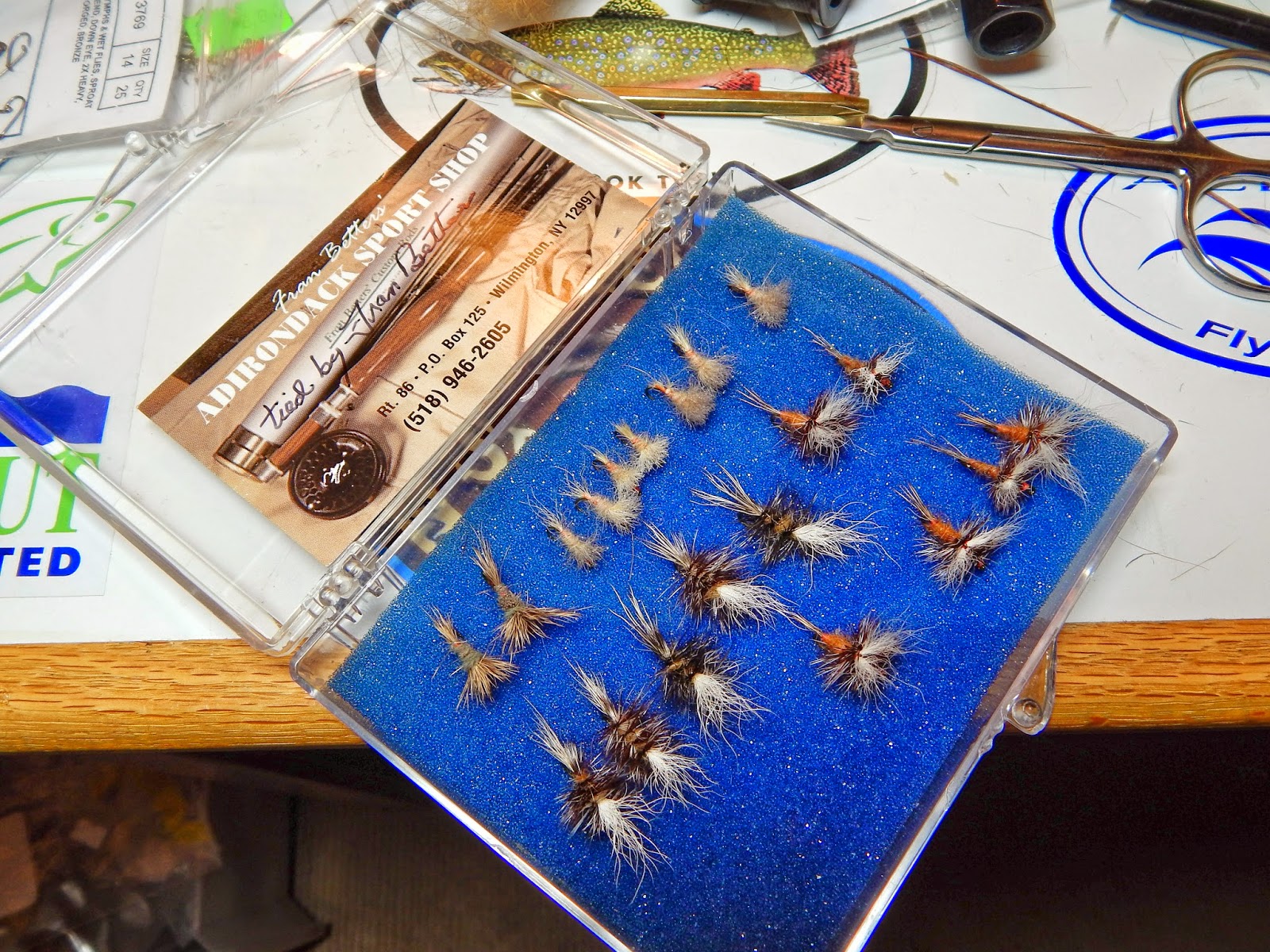 These flies were tied by Fran. You can see the 5 Bomber flies tied "rough cut" as Fran so often did.