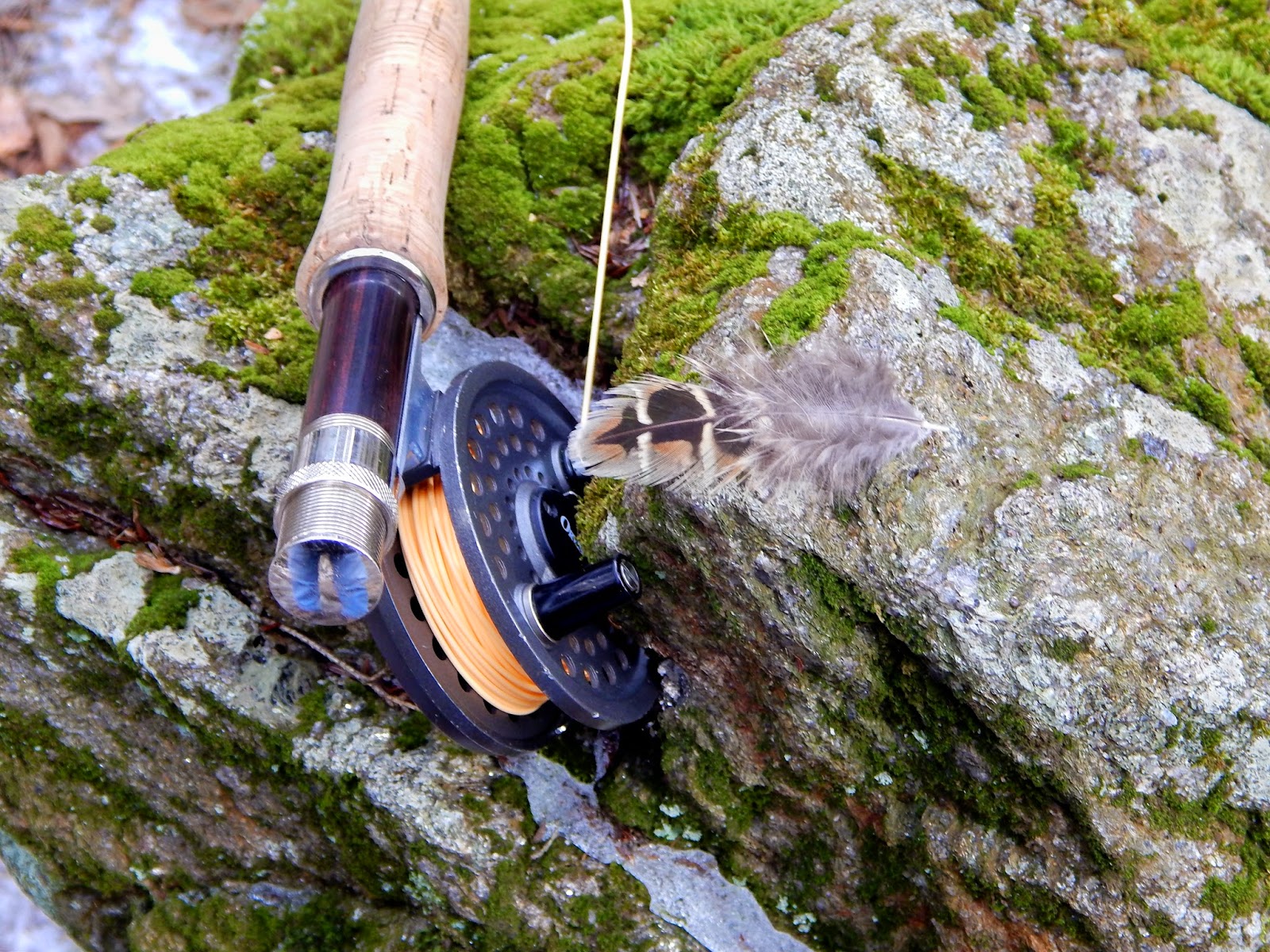 My last outing took place a week ago Wednesday. I really did want to go but knew the better thing to do would be to stay home. The temps the night before had dipped to around 10 and the daylight did not move them much higher. So I fixed a thermos full of tea and put the wool on and headed for the stream. As I walked to the stream I could feel the cold biting through. The ragg wool gloves were not much of a buffer to the wind. I persisted and walked on, fishing every possible trout holding pool available. There were no takers, still I walked and climbed and cast when I could. By now it had been several hours and the realization set in that this was not going to be a fish catching day. Today was a small stream reflecting day.

I reached the farthest point of the stream. Here I stopped and cracked open the thermos of tea. The steam coming from the cup told me I was about to feel my insides return to normal. As I drank the hot beverage I took note of the place where I placed my rod. It was lying on a moss covered stone. Along side of the handle I saw a feather. Picking it up I admired its color and the almost perfect shape it was in. I tried to determine where it came from and thought what bird had left it.

After drinking several cups of tea and thinking about the feather I gathered it up and placed in my fly box. Walking back to the car I thought to myself. I fished this day and though I caught nothing I still had a fruitful day, a rewarding day and a time to reflect on what it is to fish a small stream on a very cold winters day.