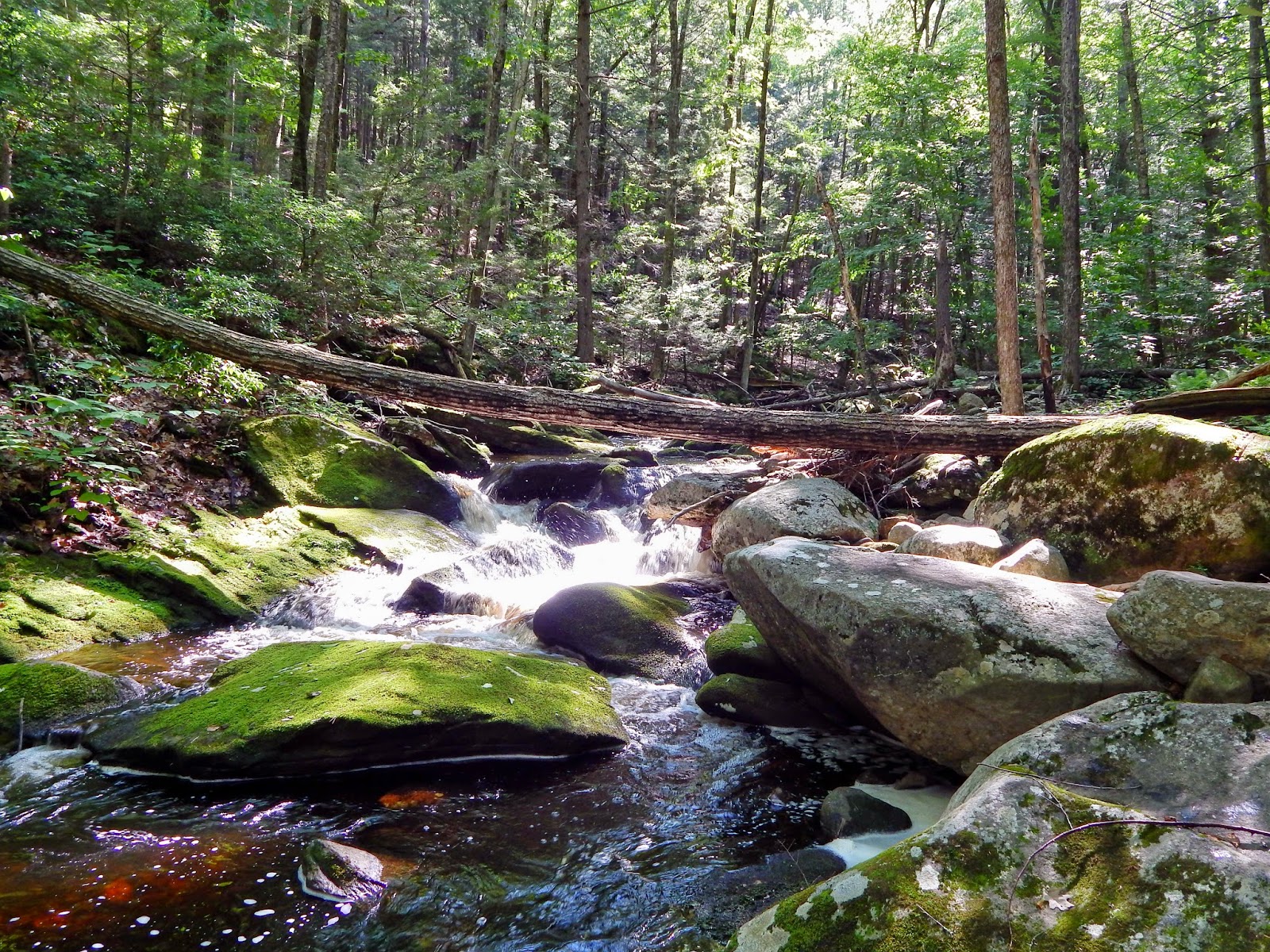 Mountain streams, those swift boulder strewn hemlock lined bodies of water that are scattered through out my native state of Connecticut. This is a digest of an outing on such a stream that took place back in July of last year. In the upper reaches of this stream the water was flowing with volume, the sort of which happens this time of year after several days of rain. This is where I started fishing. The day called for dry flies and that is what I started with. The little pools created below stone plunges were holding brook trout and it did not take long for a response to the fly. Within a few casts I had my first brookie of the day. He was a little guy and was sent off to find more food that would grow him instead of the kind that pricks him.

As I moved downstream I could not have been happier. Beautiful surroundings this early Summer day along with the purest of blue skies made me feel complete. With that there was a quest to take a larger brook trout than the few I had already taken. The thought in my mind was that the little guys had no problem whacking the dry fly but the bigger boys were reluctant to show interest. 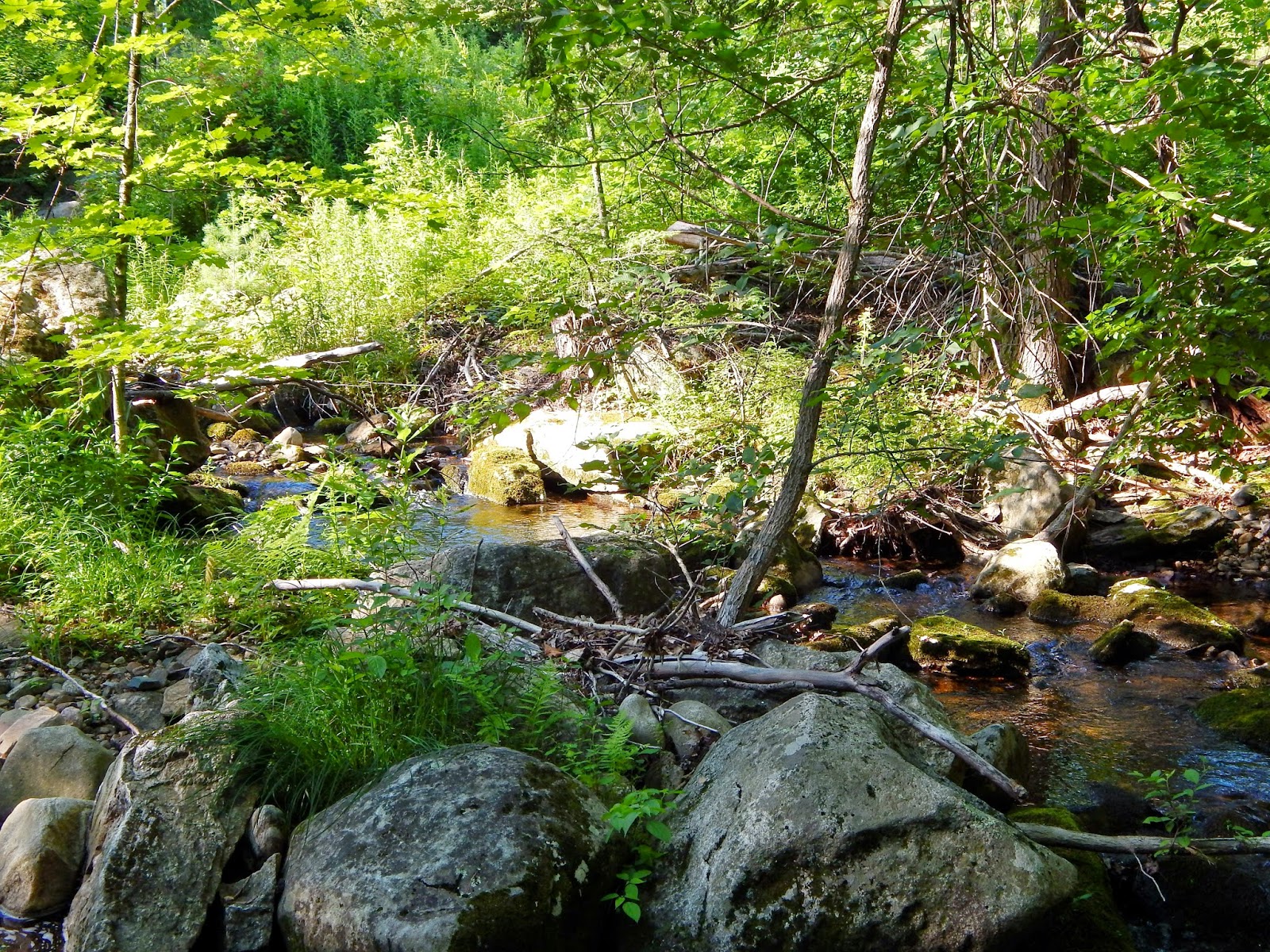 As I came upon a series of pools, I tied on a wet fly, the thought being perhaps they would rather dine in private, that being subsurface. Well my thoughts were soon to be proven. As the fly swept toward a boulder a trout struck. There was a brief fight but soon a wild jewel was at hand. This guy was what I was looking for. 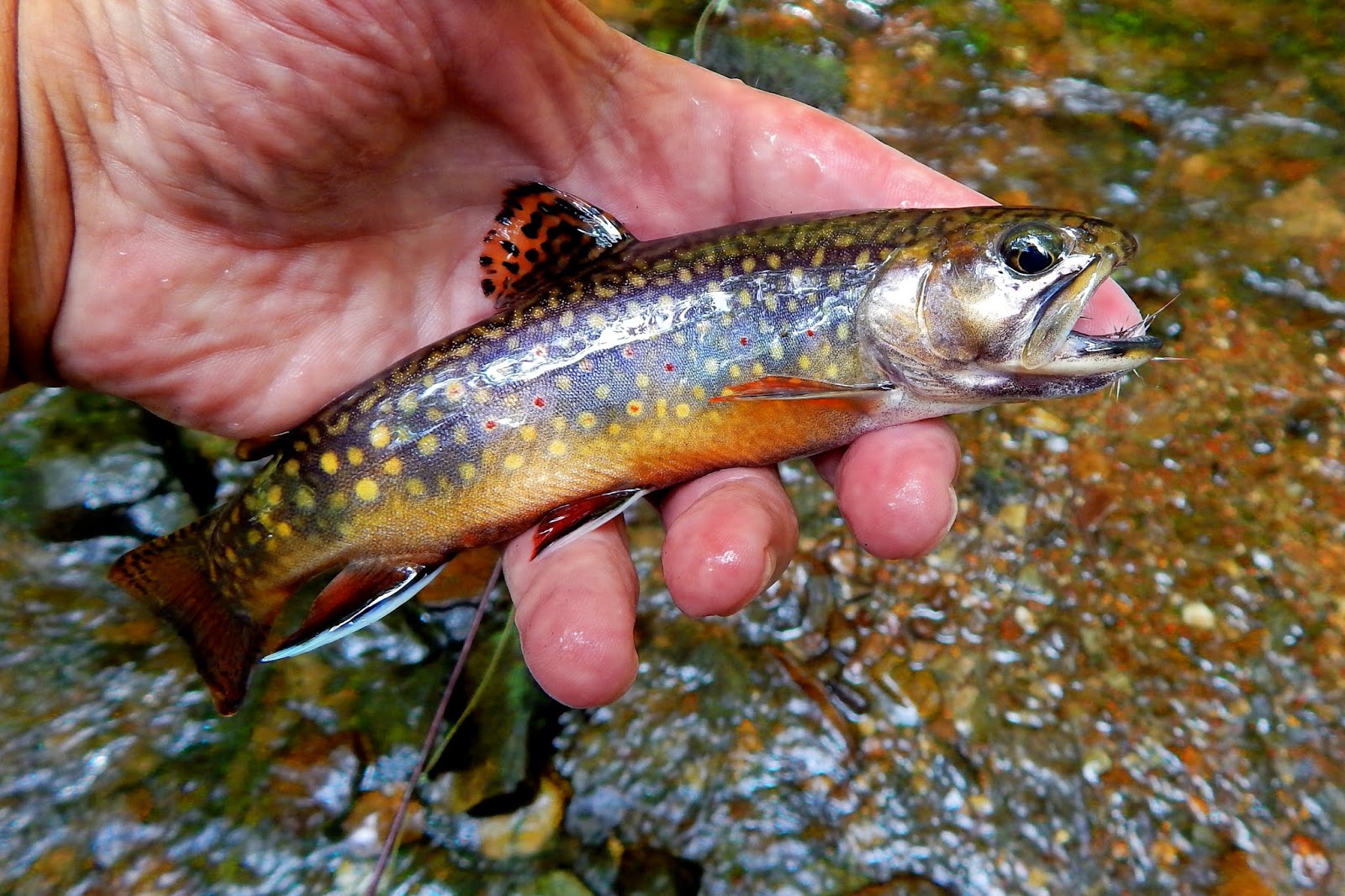 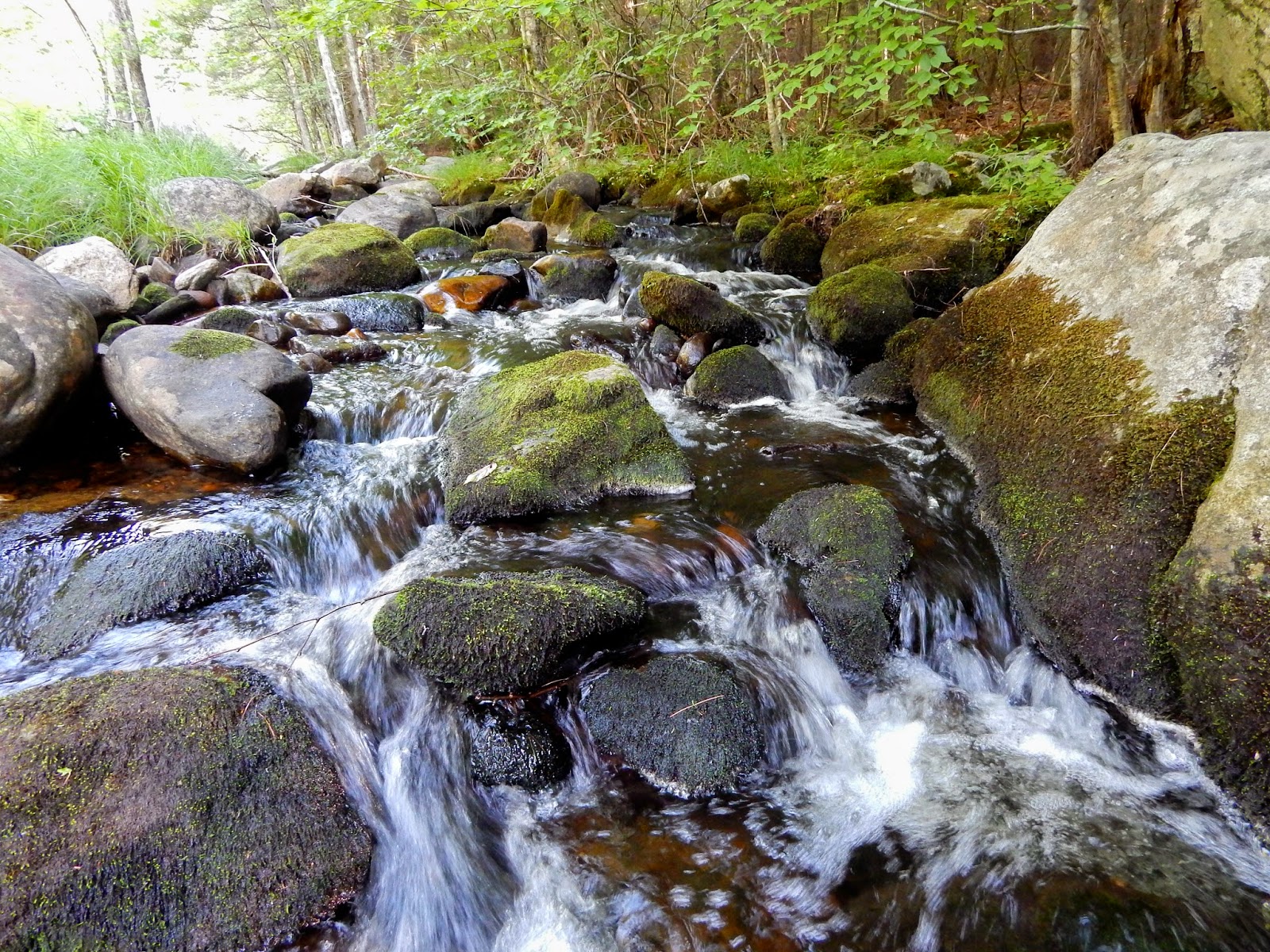 I continued to fish along this boulder rich stream, many of the pools and runs gave up some beautiful brook trout. 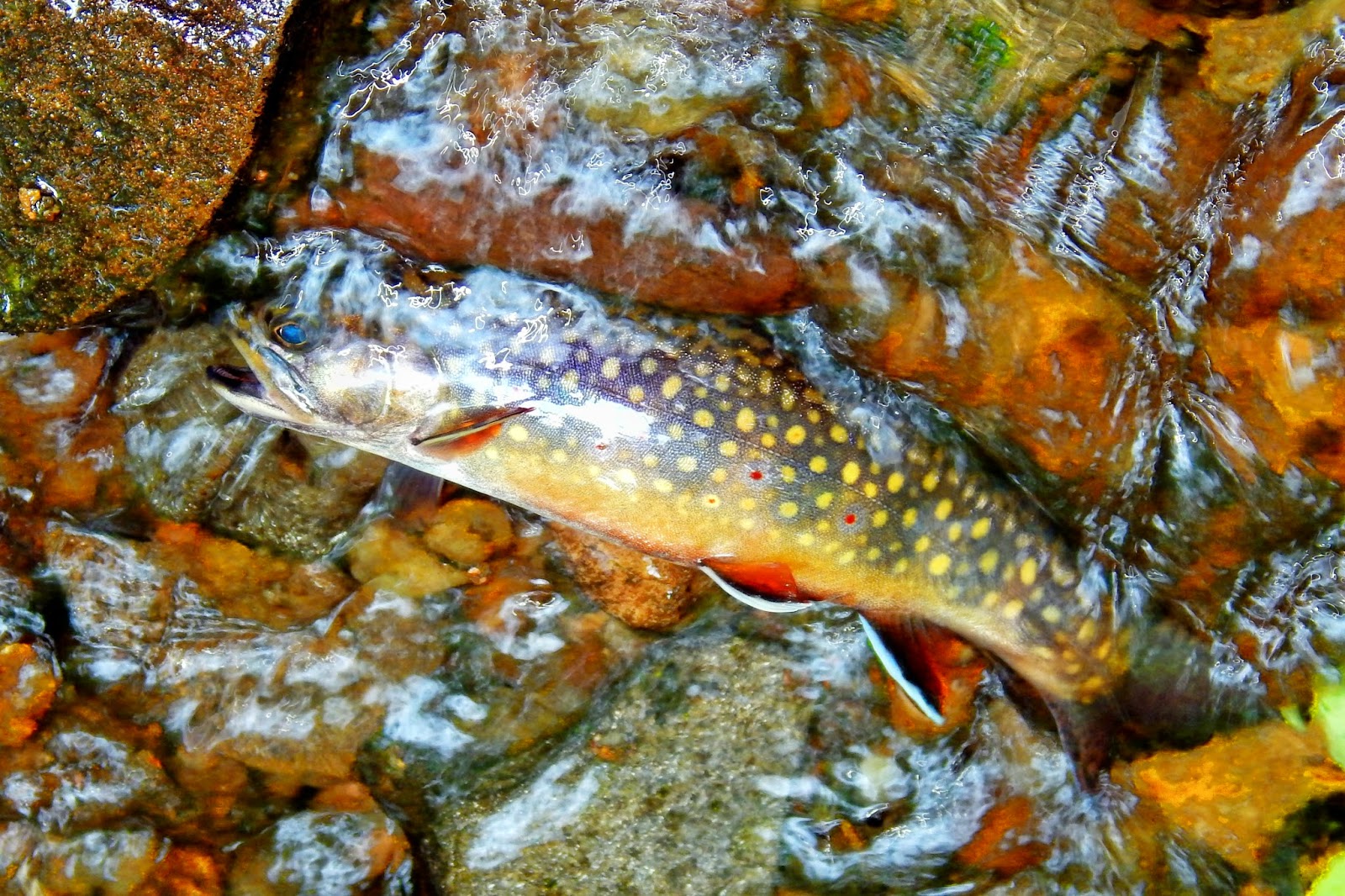 Four plus hours later, minus a few flies I had completed my day. Such a day I look forward to soon.