His back is broken. And some streamer stuff. 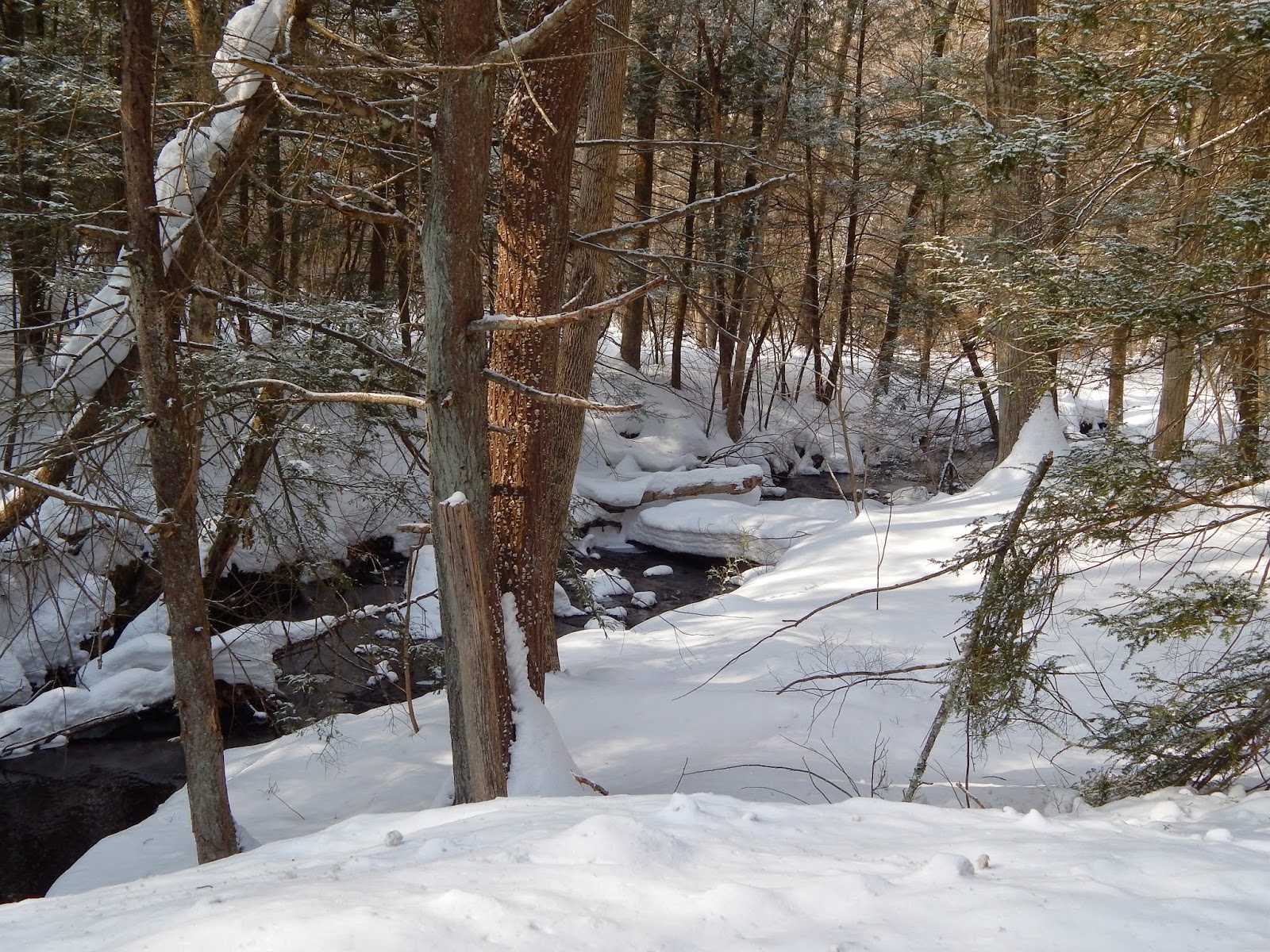 I'm not going to dwell on winter for long, giving it but a few words. We have snow in our forecast but it comes with some moderating temps, it's going to get to about 40 tomorrow, a slight dip into the mid teens early next week and after that I see the old mans back broken. The other day Jeanette and I went searching for some open water and we found it. The only problem there was thigh high snow leading to it. I think a week from now I might be able to access the stream.

Now to some streamer stuff. I was tinkering around with the use of certain feathers to create a more life like streamer. Below is some of my tinkering. 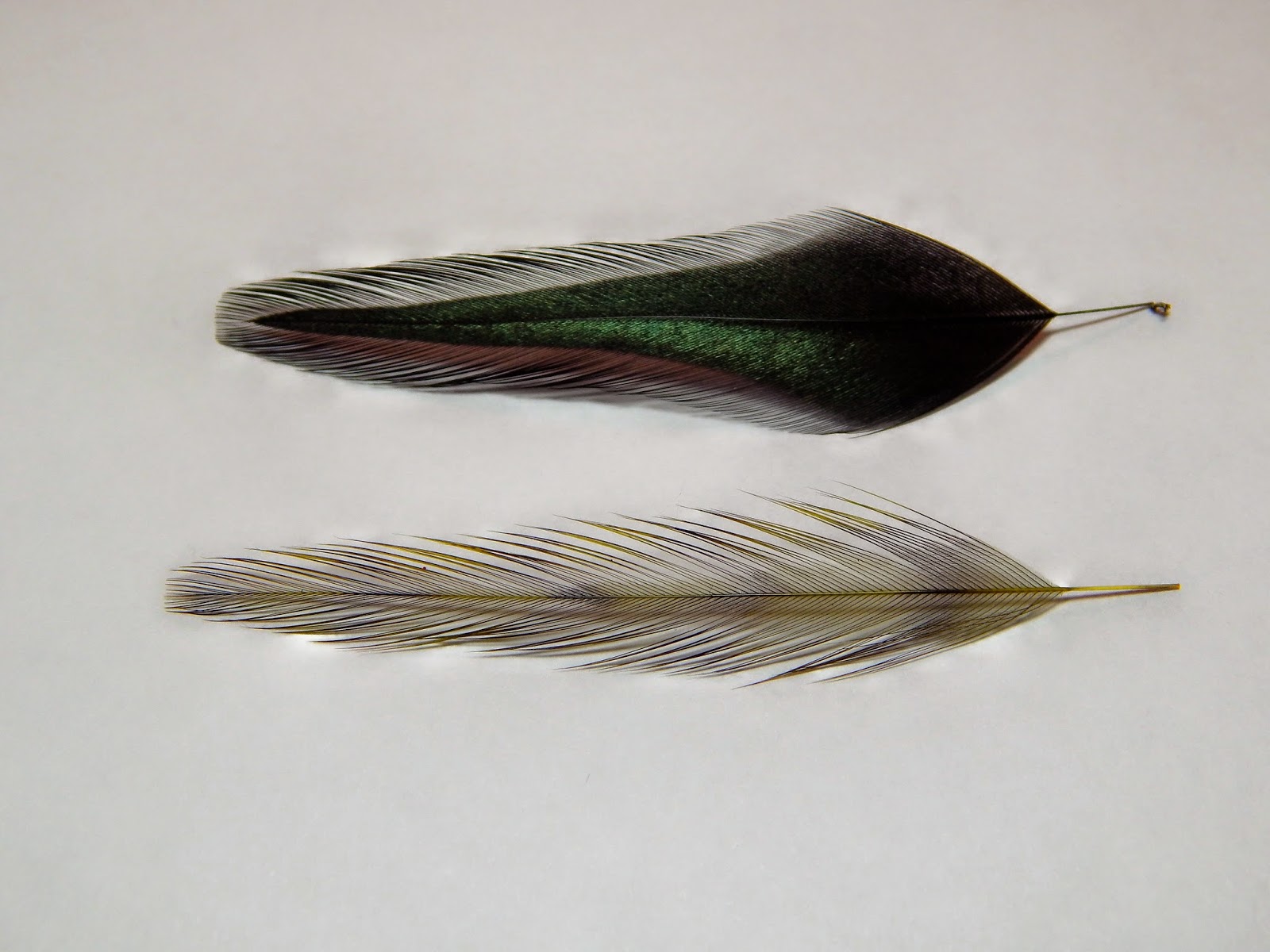 The two base wing feathers are a badger feather dyed black. Some of the highlights of this feather show clearly. The second feather is a grizzly feather dyed green. It is a feather that can show many variations depending on how deep it is fished. 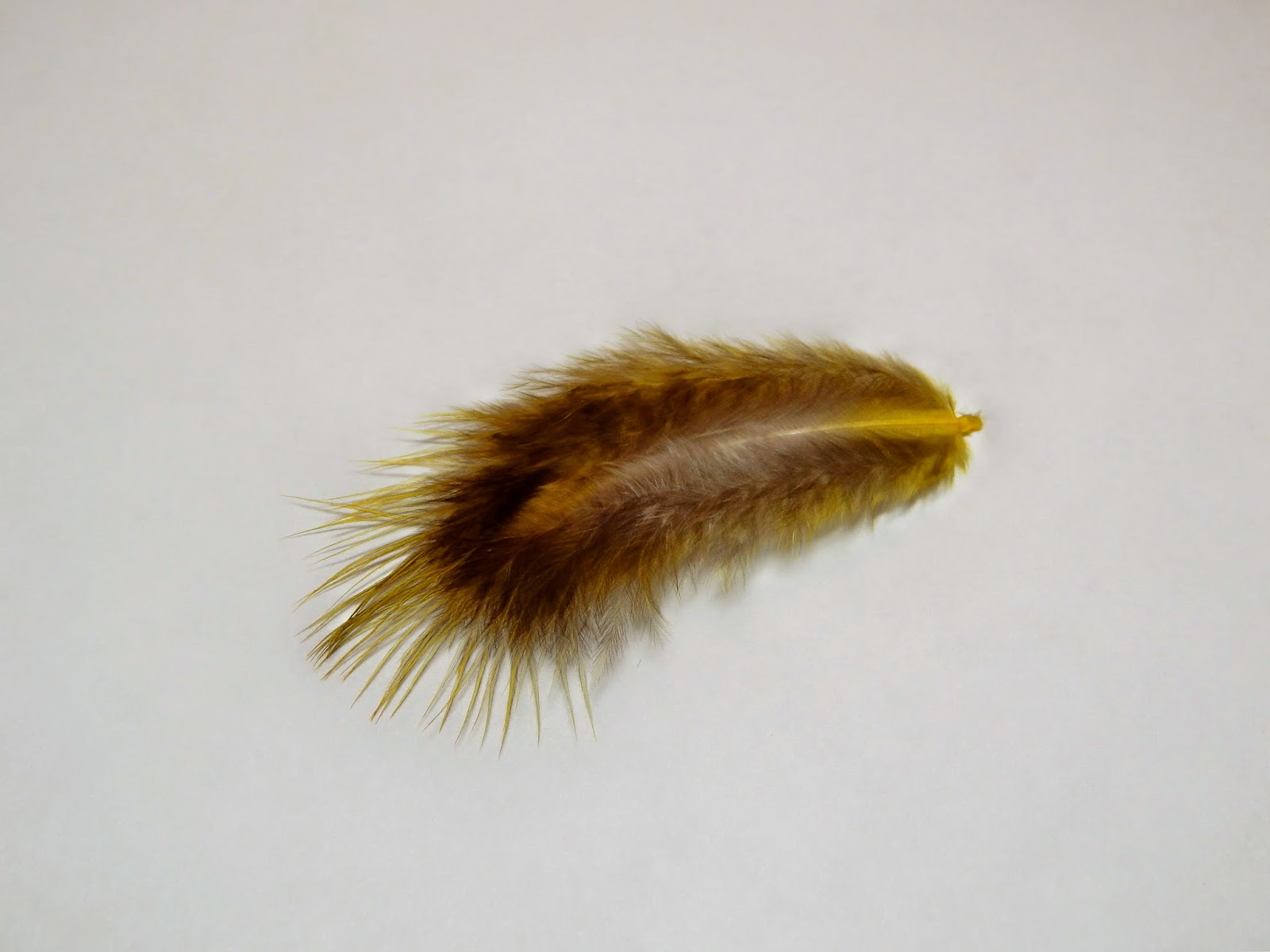 This is a marabou feather from a ringneck pheasant. These feathers are located along the back and the rump of the bird. 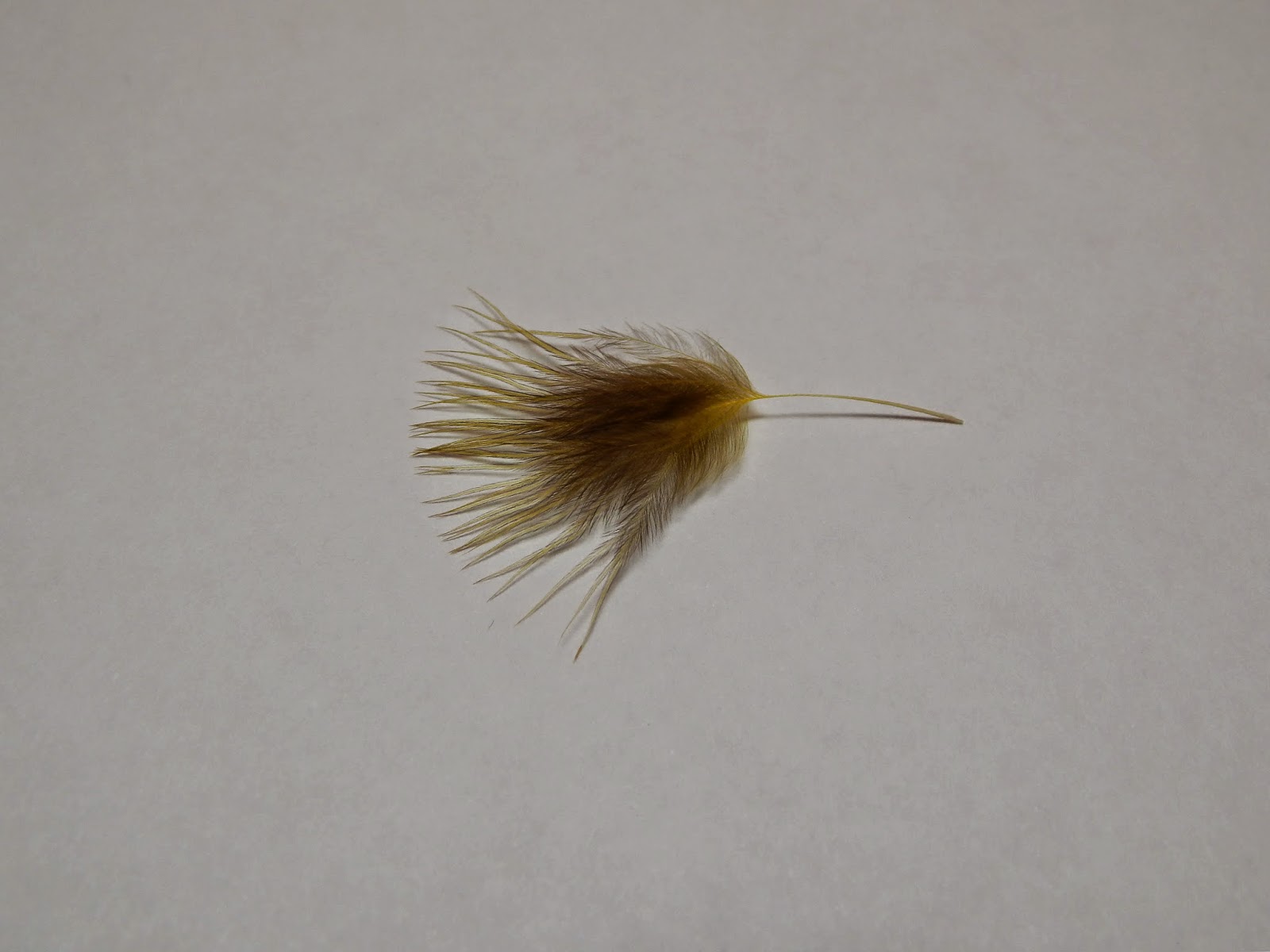 This is the marabou after the fluff at the base is stripped away. This feather will be used as a shoulder for the streamer. 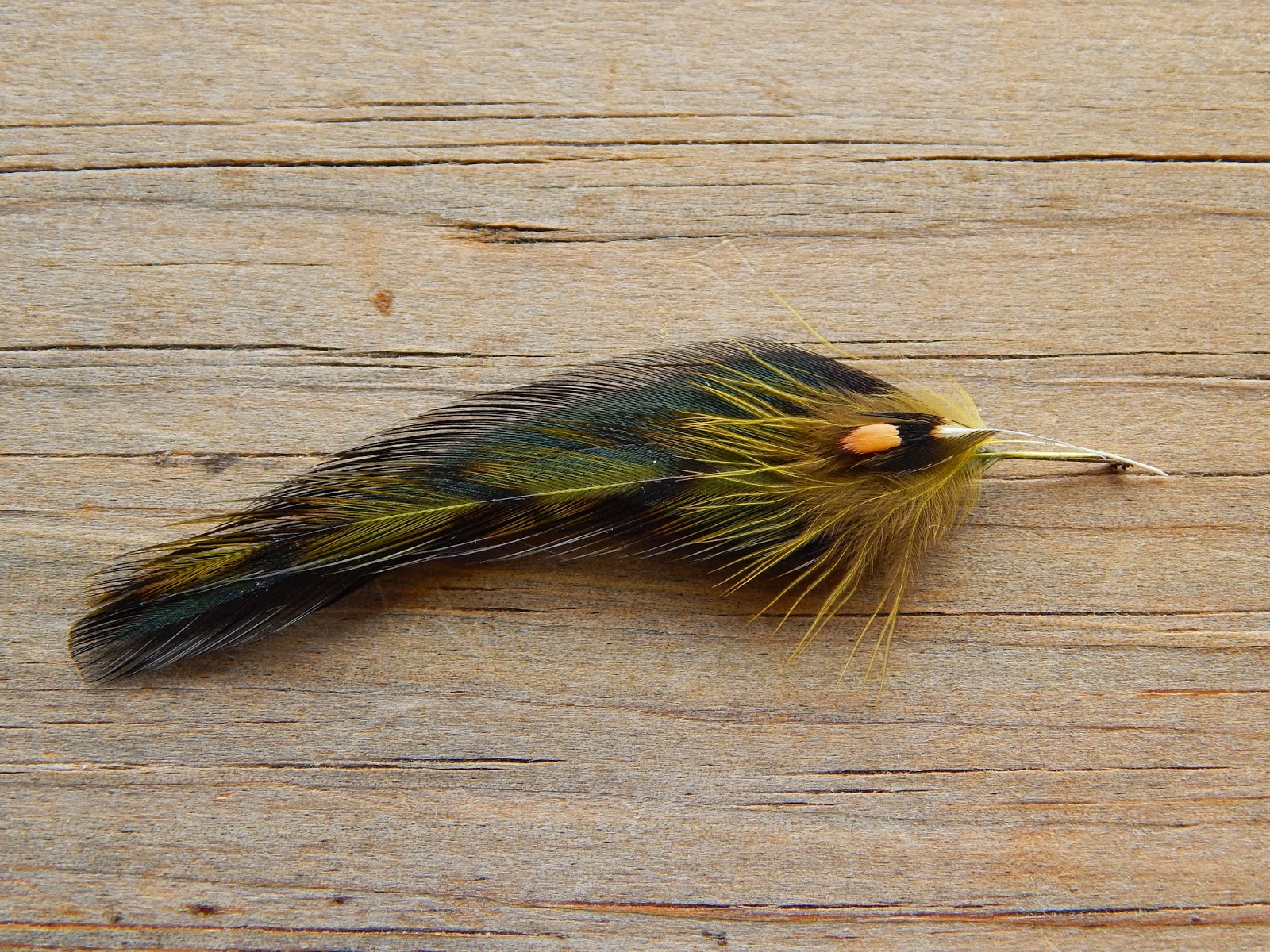 Here is the complete wing. The black feather followed by the green grizzly feather, then the marabou shoulder and jungle cock. My thought on using the marabou for the shoulder is that the movement of the marabou in the water will give the illusion of a gill plate moving in a life like motion. This is subtle but at time could make the difference between a look and a strike. After assembly of the fly I realized some added realism could be had by placing a small red mallard feather before the marabou. 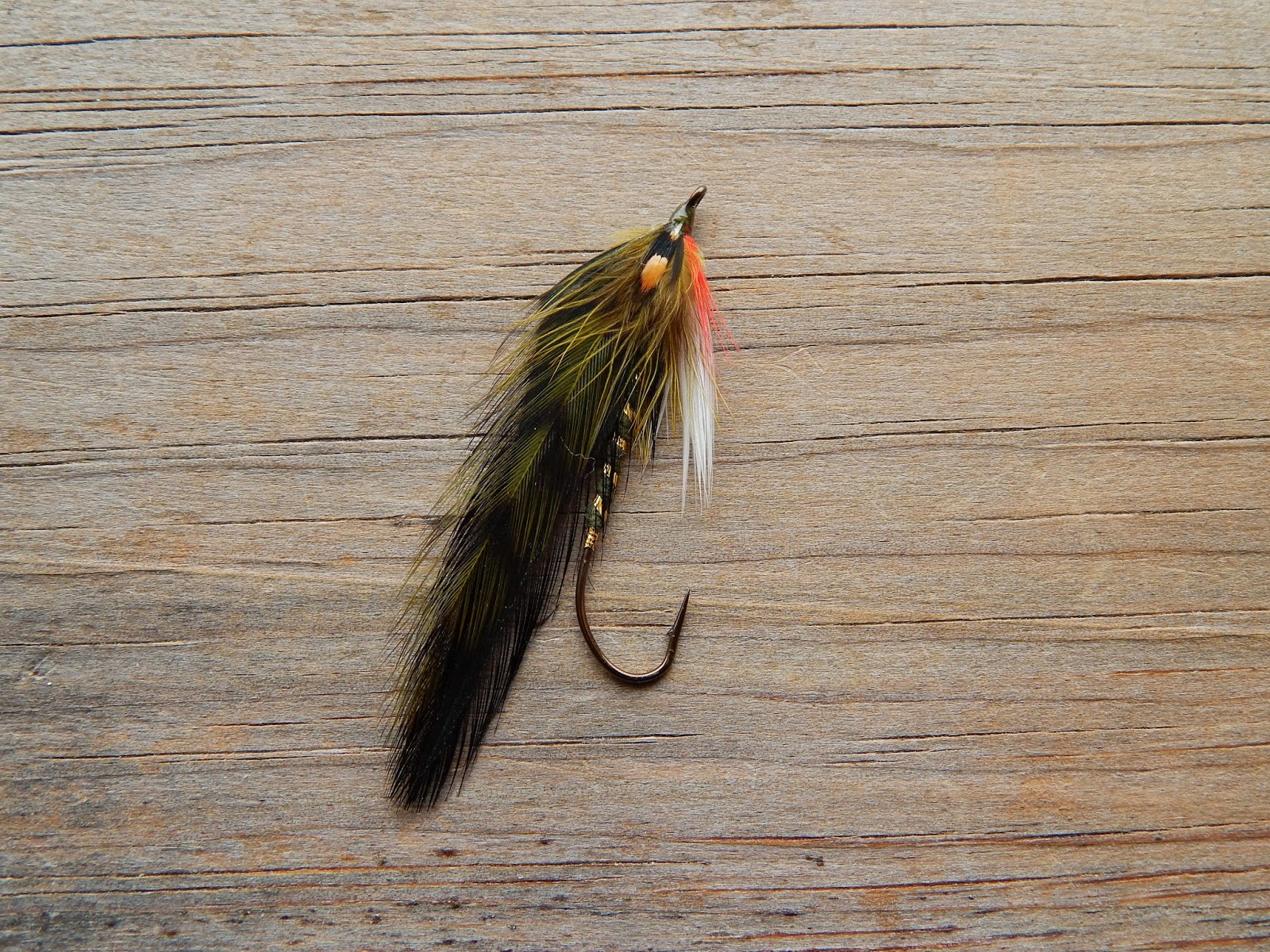 The completed streamer fly. It has a green yarn body with gold tinsel. The belly is white schlappen with a red throat.