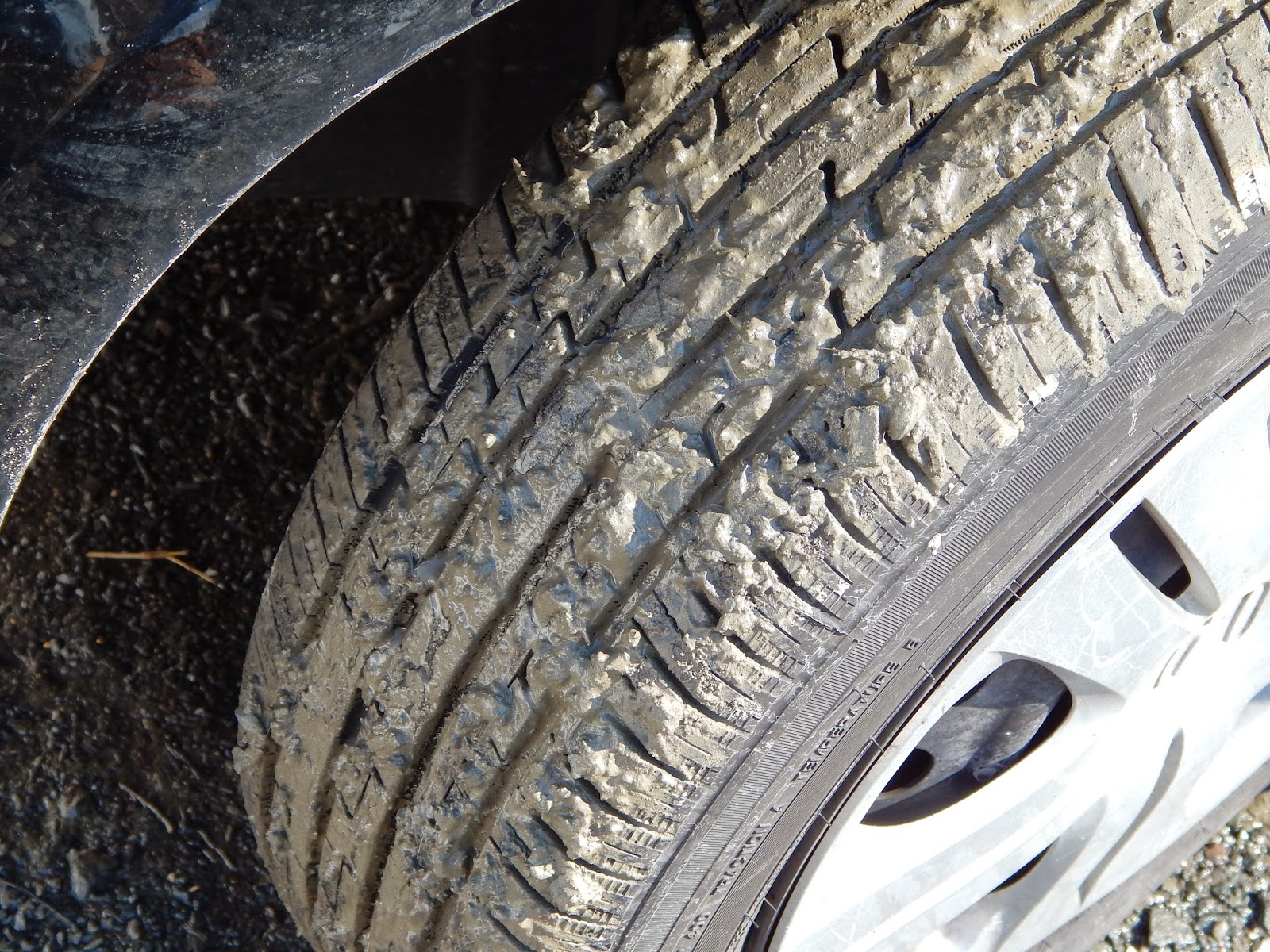 Monday morning the decision was made to check out a stream to see if I could fish a few flies and attempt to perhaps take a fish or two. I was delighted to see that the bright sun was doing its magic. I felt so comfortable fishing with only a wind breaker and light fleece jacket. The air temp was mid forties and no wind, after the cold, cold winter that was a welcomed relief. As I pulled into the parking area the ground was so soft that the mud was slippery, and not the snow. There was one other vehicle parked there, perhaps another angler I thought, or maybe a hiker. I did not bring waders so I was ready to fish in minutes. I did however bring my new Cabelas glass rod for its first tryout.

The stream was ice free in several locations. Its clarity brilliant even with the snow melt. I started walking to the stream and found the snow to be at least knee deep and some areas thigh deep. This kind of walking will tire you fast not to mention the fact your always falling. I knew this was going to be a one or two spot outing. 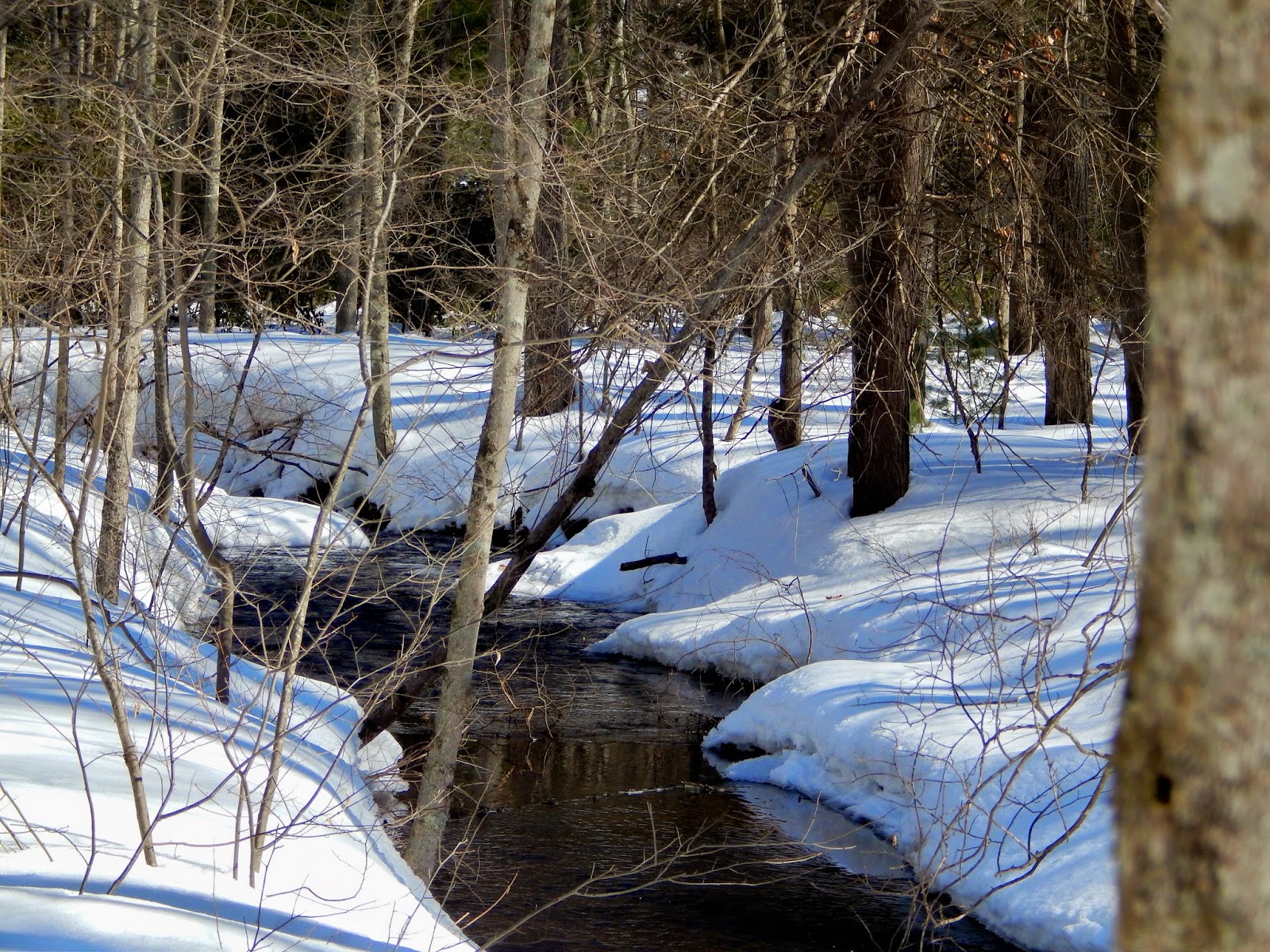 Armed with the new rod I placed myself on firm footing. I chose to fish dries this day, and sent the fly on its mission. I would love to say that I had a fish rise on the first cast but that did not happen, instead a fish rose on the second cast. The rise was not a lethargic one either the fish was indeed hungry. I sent the fly back out and just a tad further from the first rise he again took a swipe and missed. On the third time the fish again came up, this time he was pricked. A few twists and turns and the fish was at hand. It was not a trout but creek chub. The silvery fish was my first fish on the fly since mid January, and it felt real good. 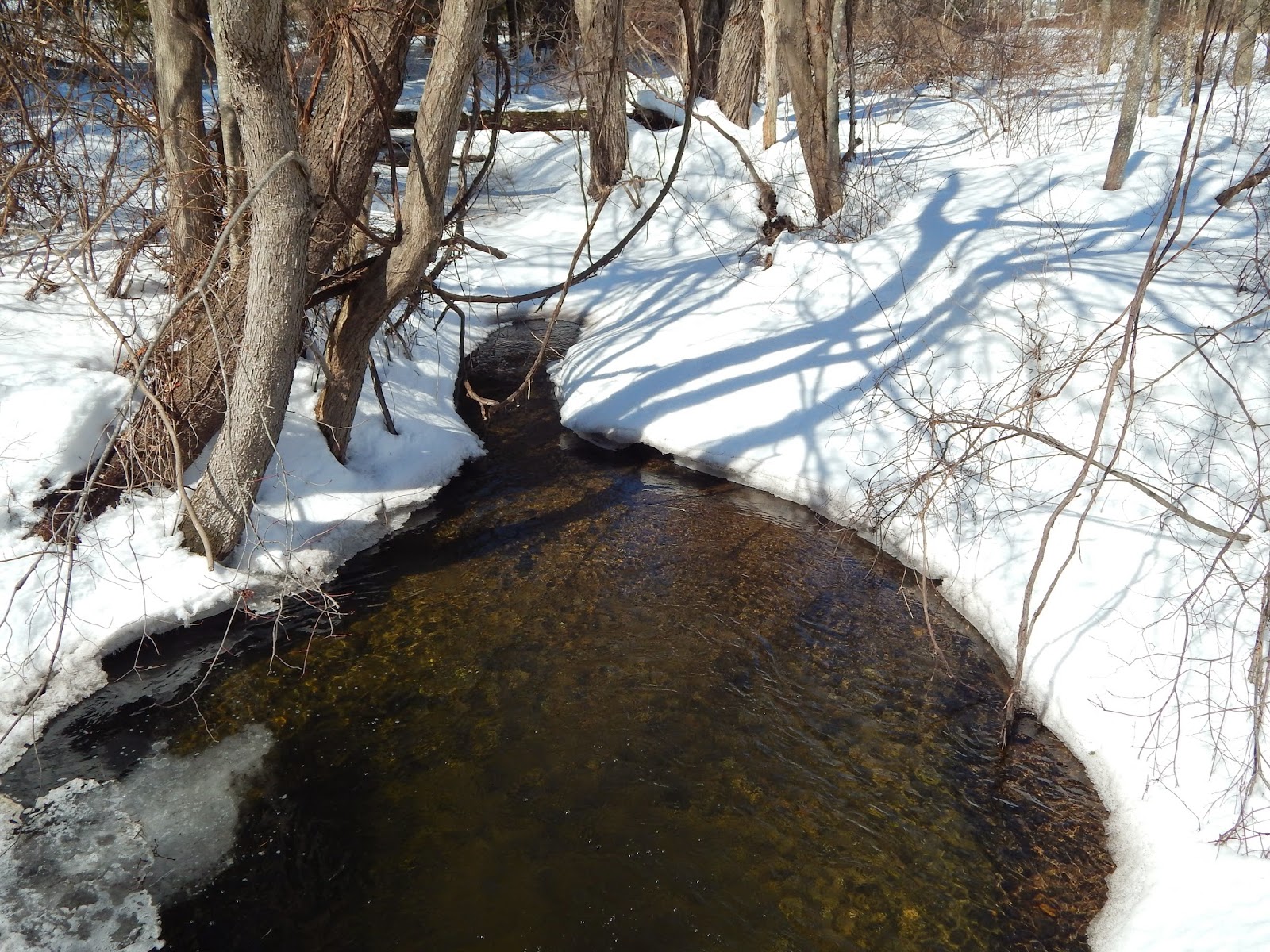 I continued to work flies in the few open pools I could fish. The thought was could there be another willing fish to take a fly. The answer was yes, only not a trout but another chub. The trout were indeed there only not willing to take.

The one big finding this day was the performance of the little Cabelas glass rod. I tried several types of casts from roll casting to throwing out some longer ones and the rod performed them all very well. 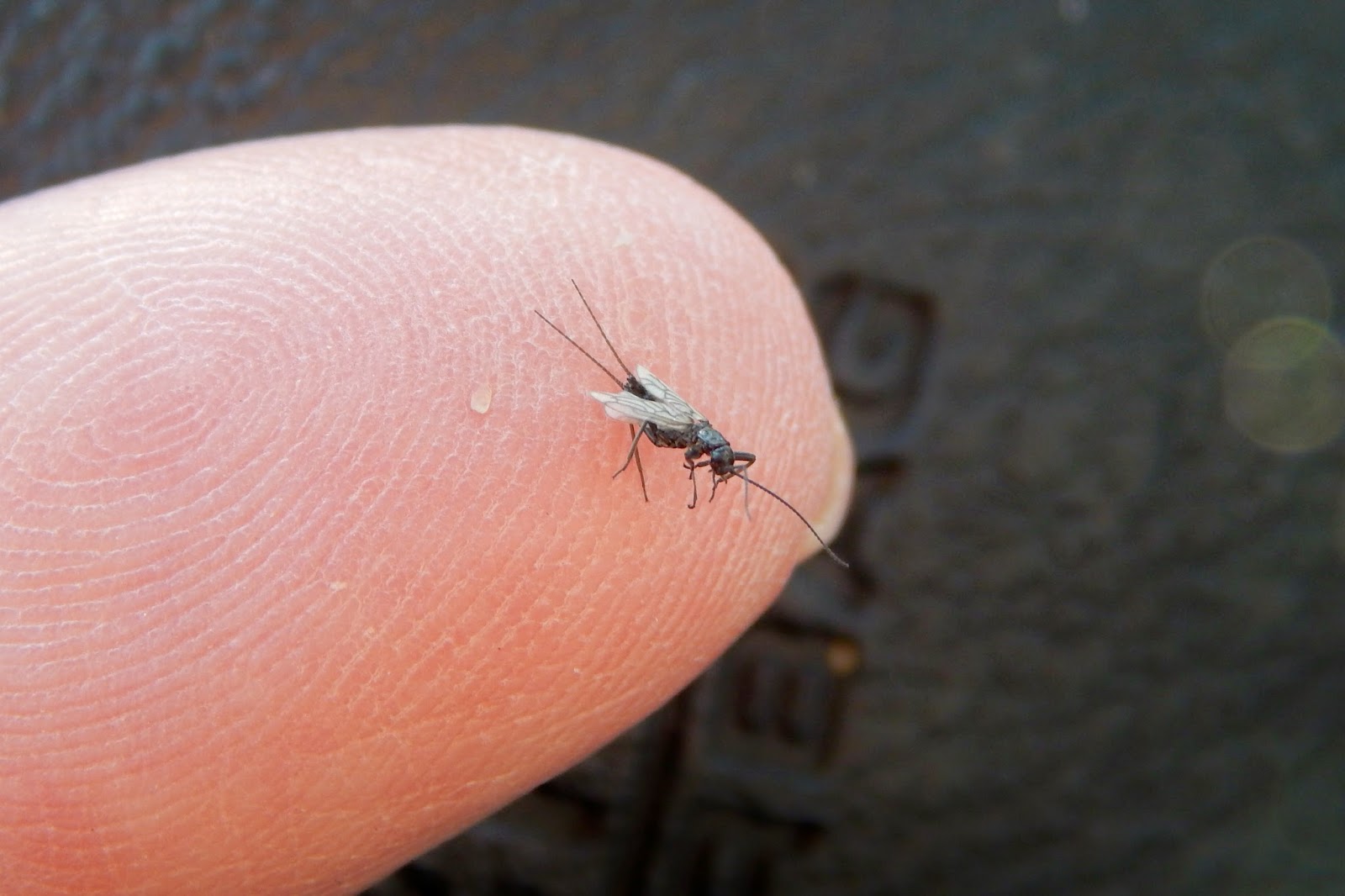 These little guys were out and about this day. Any one care to tie one? 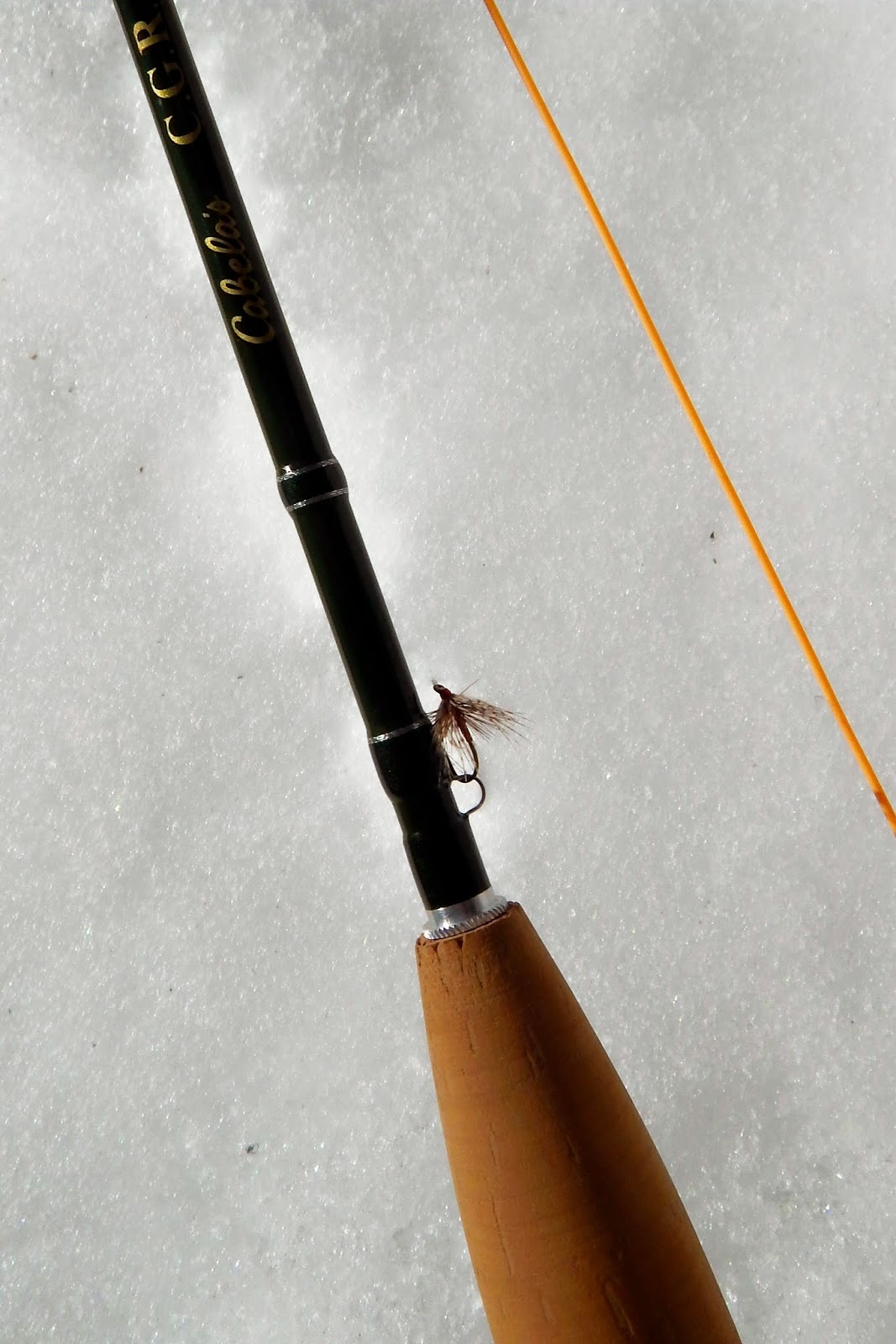 This was a great day to be out. A new rod, good weather, a fly cast for the first time in almost two months, and a fish to hand on a dry fly.

Be sure to scroll down to see "My Photo Of The Day".