Yesterday I had the pleasure of spending several hours fishing with Rowan, aka RM Lytle. He is the young man who writes a blog known as "Connecticut Fly Angler". He is also a small stream angler who has found a special love for wild brook trout. We met and fished a stream that has a population of brook trout but are attempts to get a few to take the fly were not successful. So it still being early and the weather being so beautiful we decided to try another stream. This stream is a short drive from the first and when we got there found it to be in wonderful shape. Rowan remarked as we were walking, that I can hear the water, that's always a good sign.

The first few pools we fished showed some mini brookies, some so small they could not take the fly. As we moved upstream to some better pools, I was to hear Rowan yell, I knew he was into a fish, one of many we were to take as we fished to the streams headwaters. 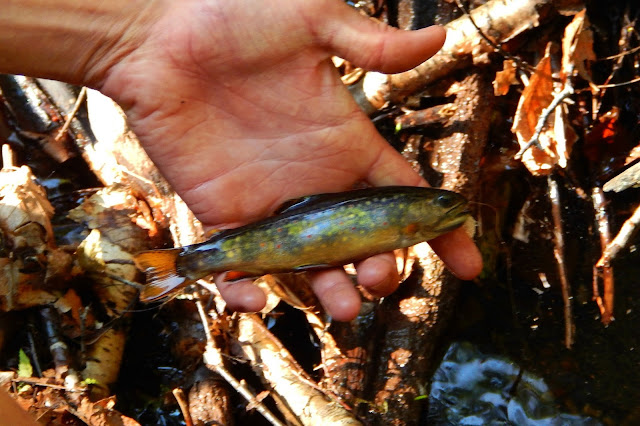 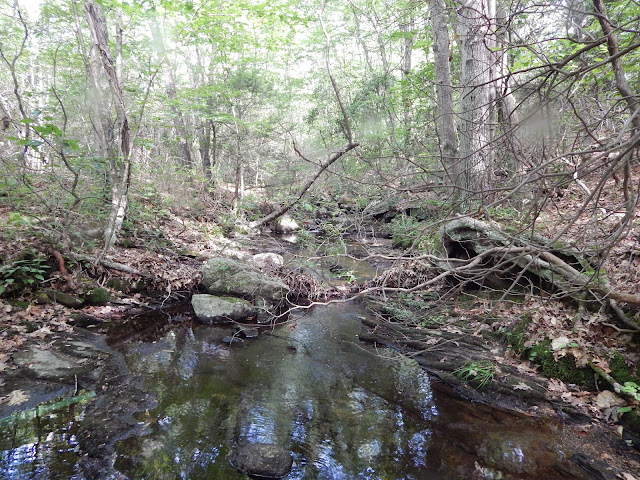 We continued to move upstream finding one inviting pool after another. A few fish were also hooked in some of the deeper runs. 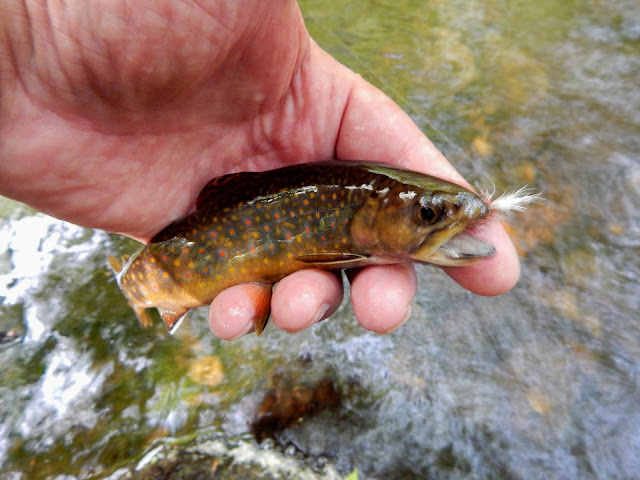 My first brook trout of the day. The "bomber" strikes again. 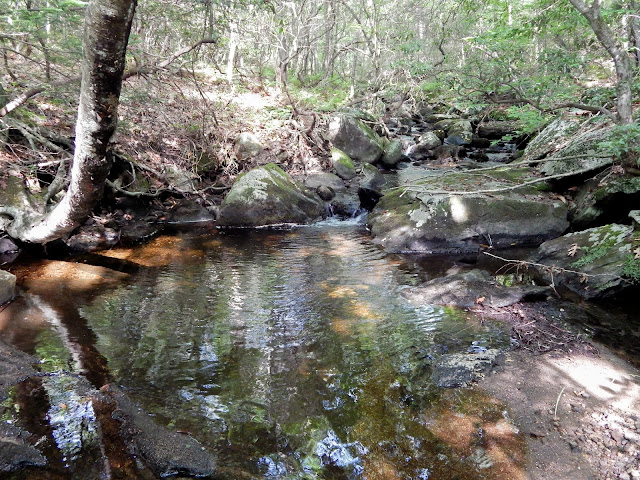 This pool has several places where one might find a willing brookie, but it has one "sweet spot" where you know a fish lurks. Know where? 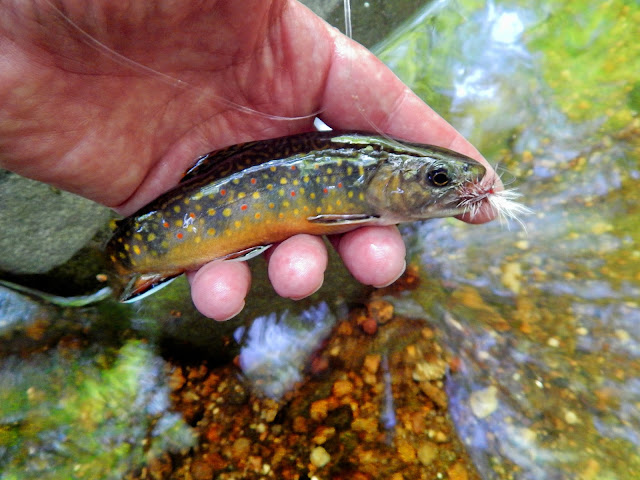 Another "bomber brook trout". The bomber and a black ant were the only flies that worked for me that day. 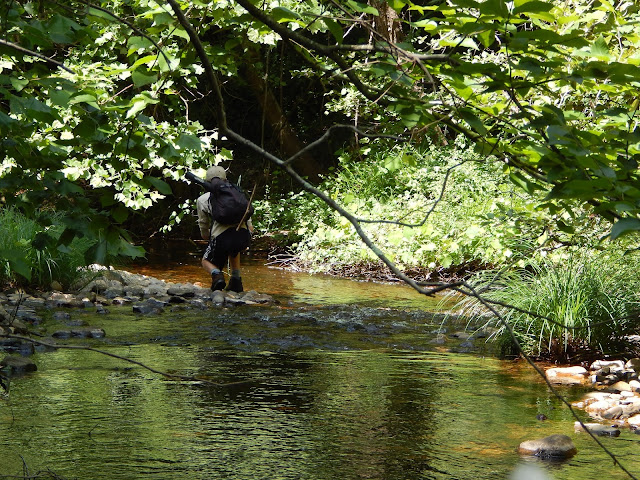 The fishing can be tough at times, but the rewards cannot be measured in any words I can describe.

You can read Rowans account here http://flyfishingcts.blogspot.com/ It was so good to fish with you this day. 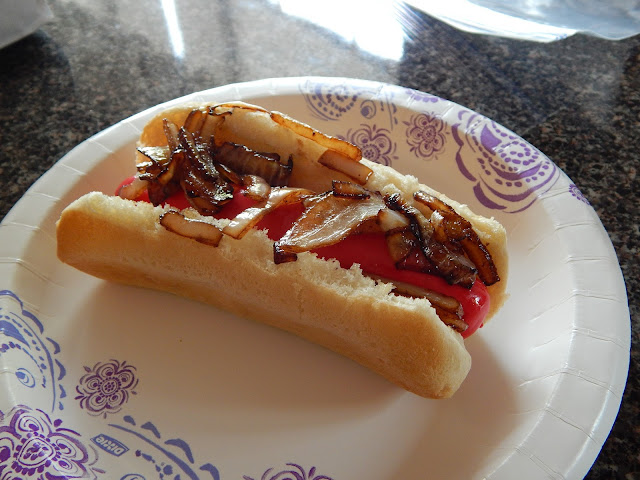 What do you think of my lunch?