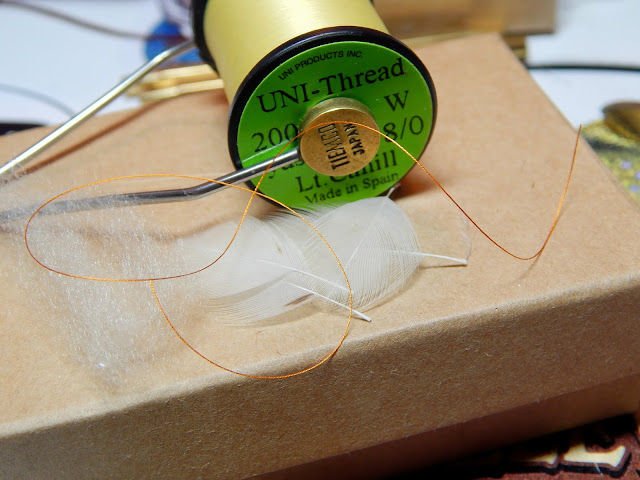 Lil' Dorothy is a fly that was created by Mark Libertone of Wellsville N.Y. Mark was a fine fly tyer and angler who loved to tie wets, soft hackles and flymphs. I never had the pleasure of meeting Mark but had several conversations with him on various forums and email. When I started tying flies they were simply awful. The feathers were cheap the hooks the wrong style and the proportions were terrible. Mark would always comment that the effort to tie was the important part, and I had that down, everything else could be fixed. He was a part of my inspiration.

His soft hackle fly Lil' Dorothy which I have tried to tie to his recipe, a few change were put in for I did not have the material, and I I'm sure Mark would not disapprove, for he was just that type of man.

Lil' Dorothy represents the emerging stage of the Little Sulphur mayflies that would hatch on Mark's home water, I believe it was the Genesee River. He commented that these sulphurs had a very distinctive orange body, and it shows well in the material he chose to use.

The Lil' Dorothy is a simple fly that has exquisite beauty. 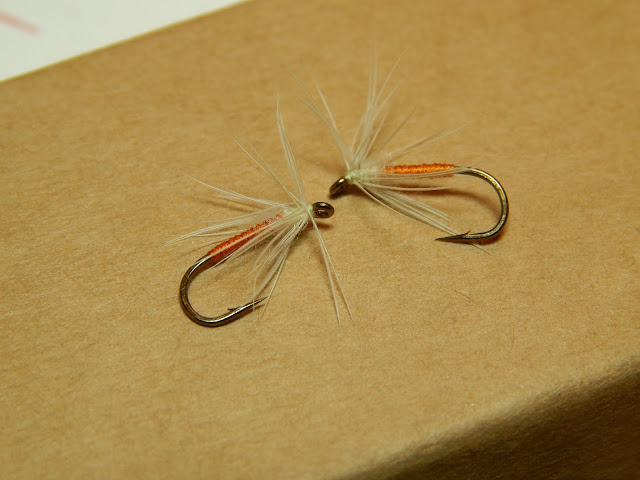