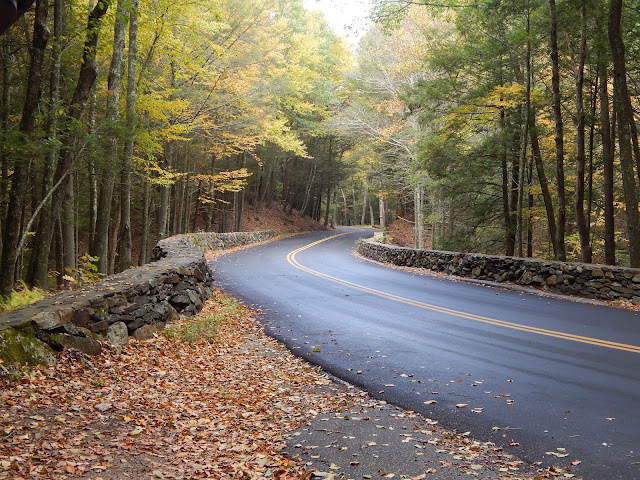 A transition fall day was to be one of my better days afield this year. In terms of all that is wonderful with autumn in Connecticut. I started with a ride along a country road that had very large oak trees along its edges. With these large oaks came large acorns, which sounded like boulders when they struck my car as they fell. Lovey stone walls in areas that were built by the CCC back in the 30's. It's nice to see the state still maintaining them.

Connecticut has numerous old stone walls that have been here since, well I don't really know the dates, but for a long time. These are places where one could sit and imagine the happenings around these walls. 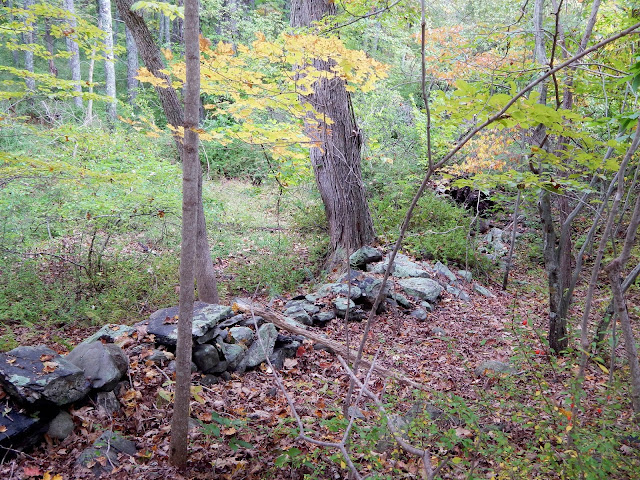 I sat here for a spell before walking down to a stream. It was raining softly and thoughts of willing brook trout were on my mind. 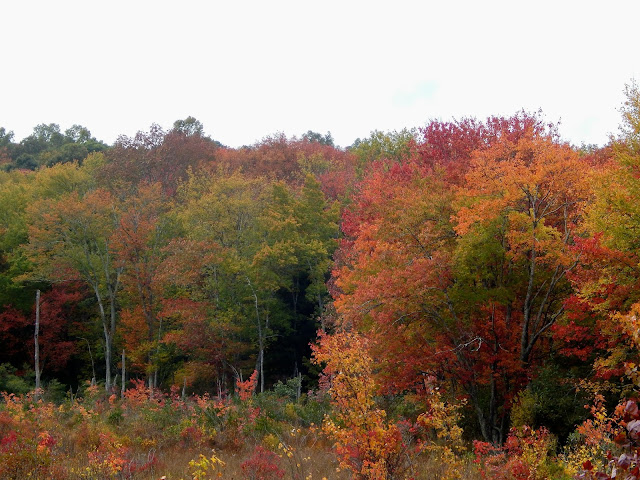 Color was breathtaking in some places, and I walked through many fields to catch a bright spot on a cloudy day. 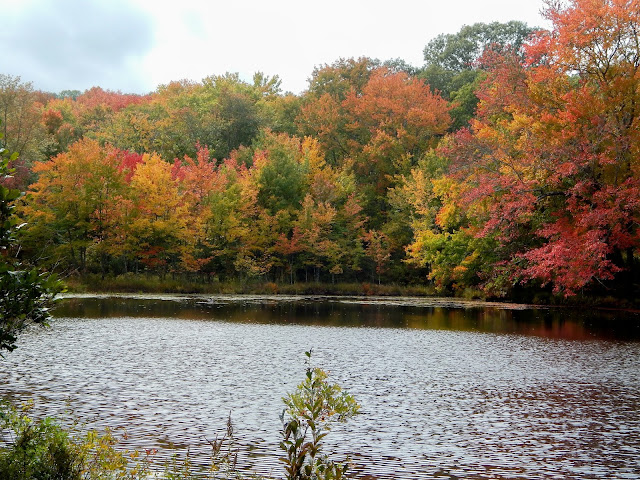 I saw fish moving in this pond. Were they brook trout? 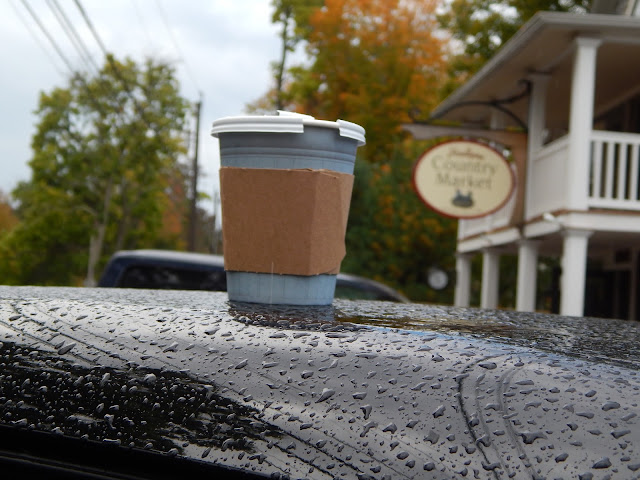 I stopped for a coffee at a small country store. They had a coffee featured as their own blend. I had a cup of "Hadlyme Blend" and it's one of the better coffees I've had. I think coffee tastes best in a paper cup. 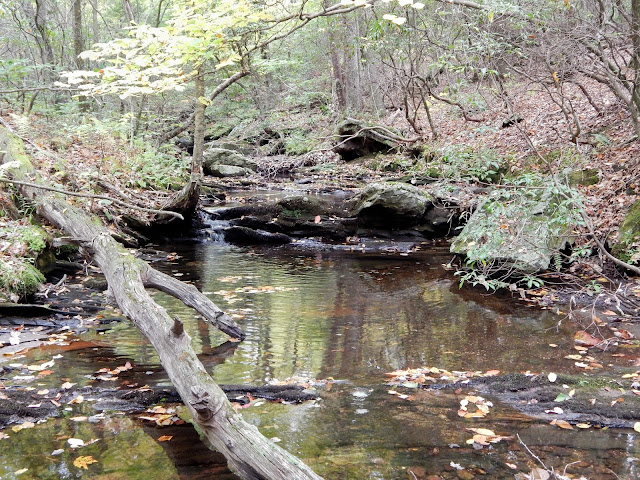 The streams I fished this day all gave up one or two of their residents. 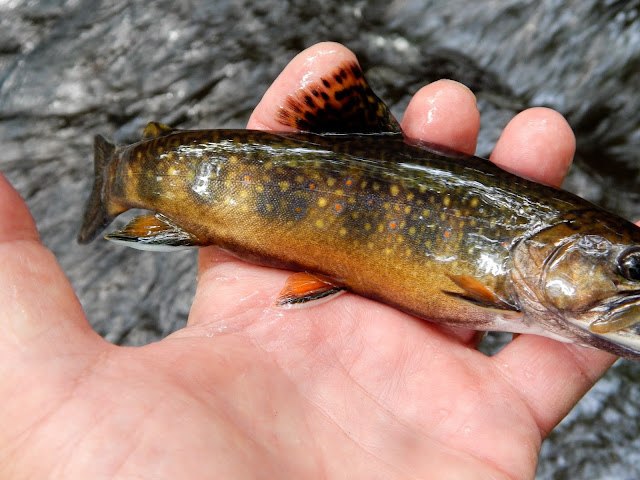 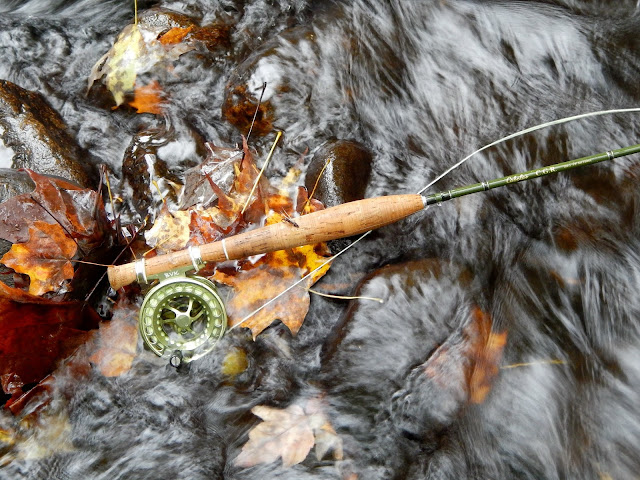 Lots of color on this fall day in New England. 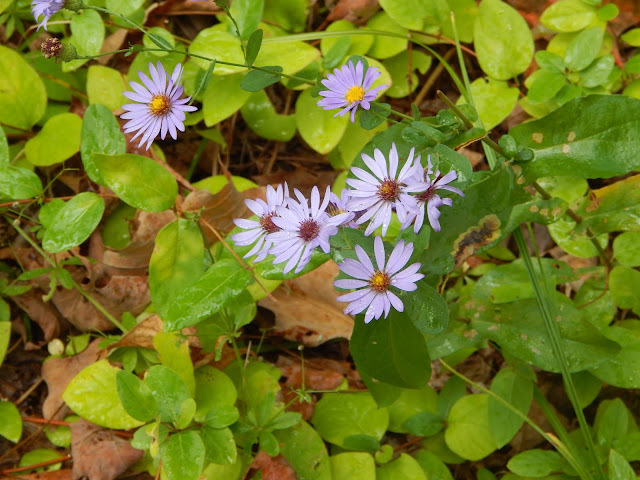