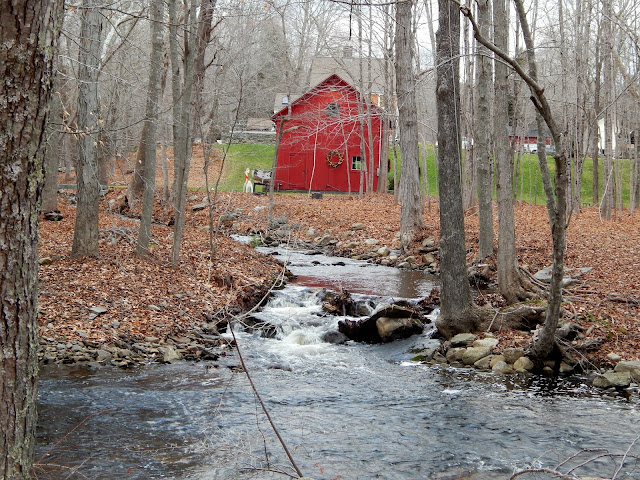 New Years Day we all got together to fish and....I'm sure you have read of these outings before. This is a post about a special fish from that outing and to highlight one of the most peaceful areas in which we fish.

The brook by the red barn was flowing nicely sending its waters to the larger stream it supports. Along this stream are two bridges, one a solid stone plank, and for the life of me I can't figure out how they got it there, and a more conventional wood bridge further up. I have good memories of trout being taken from under the stone bridge but the other not so. Kirk had worked his way up the stream, along with Rowan and John. Fishing various flies and working those likely spots where a brookie might hold. 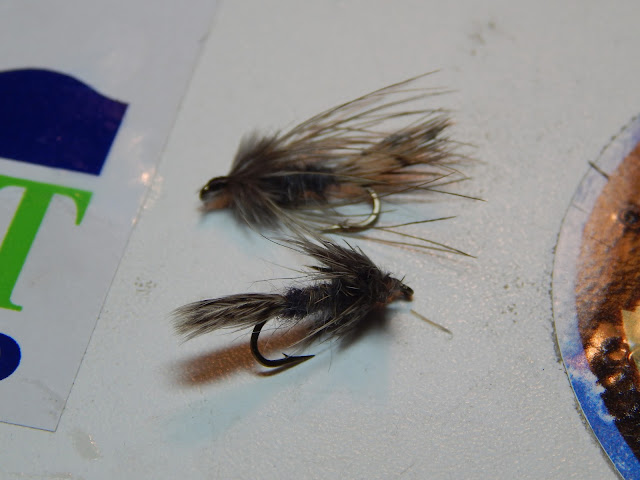 Kirk likes to fish the Gartside Sparrow. The sparrow is a nymph-soft-hackle, wet fly. He has used this fly with success in the past. The fly he was using had a bead-head to add a little weight.

The sparrow was cast into the pool under the bridge. A moment later the brook trout struck. Kirk had a battle going as you can see from the photo "that glass is a bending friends". I know in his mind there were thoughts of the fish twisting free, but Kirk prevailed and soon a true "biggie" was at hand.

A beautiful healthy female brook trout. Taken from a small stream. She was photographed and quickly released to find her spot under the bridge in the stream by the red barn.