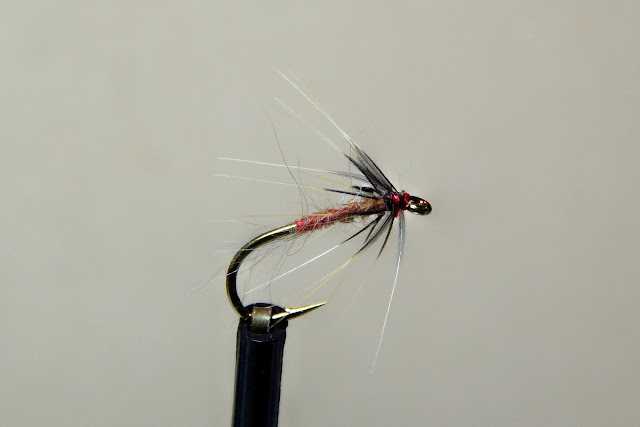 The North Country Fly is the epitome of simplicity. Most can be constructed with as few as three materials and be trout takers to the top level. The patterns tied here will show the simplicity of those three materials plus one. The patterns naturally have a hook, be it one of the materials but also a body material usually thread which can be silk or a blend of various fiber be it natural or synthetic, and hackle. In addition I have included a dubbing material. The dubbing is very sparse, and sometimes even less than sparse as you will see.

In his book "The North Country Fly" Robert L Smith mentions the word "buzz" when talking of the subtle movement of the hackle in the various currents of streams and rivers. This movement represents a natural insects struggle to free itself of the current which is trying to hamper it. With this thought I also add a scant amount of dubbing to the thread and a life like body is obtained. The fibers allow the thread to show through giving a translucent effect to the fly as would be the case of the natural insect. Those fiber also allow for more subtle movement which make the fly effective. 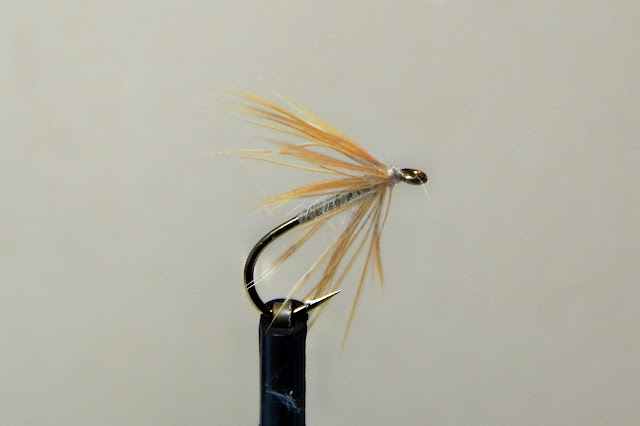 This fly has a body of gray thread, and a few touches of gray dubbing and light hackle. 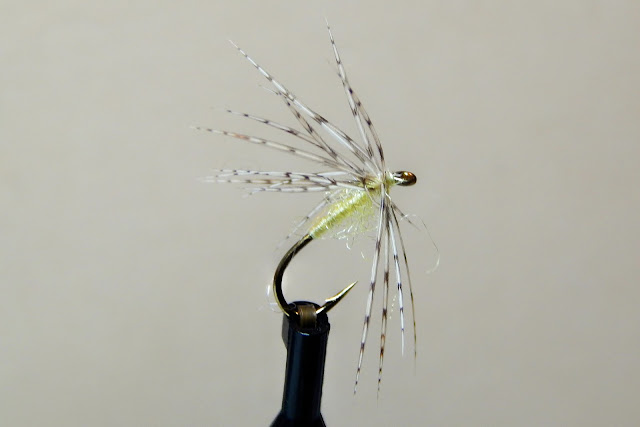 On this fly a primrose silk body, with yellow dubbing and partridge hackle. 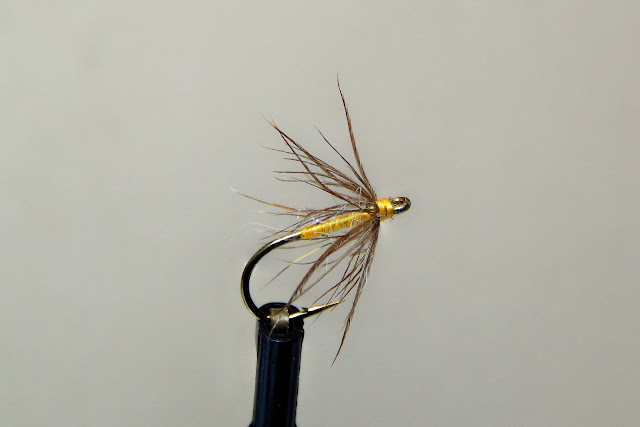 This very seductive looking fly has a yellow silk thread body, a bit of natural hares dubbing, and a bleached starling hackle. 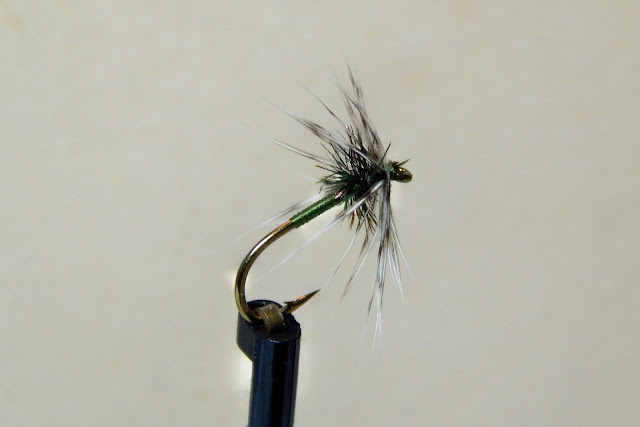 This last fly uses a green thread body, a peacock herl thorax, the peacock will act as the "buzz" and the hackle is grizzly hen.