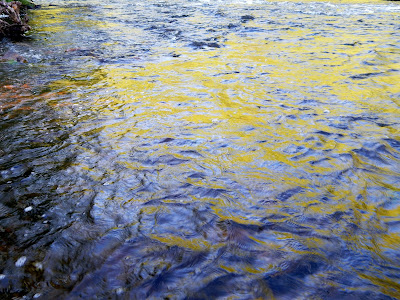 Early morning on the river. The sun was playing peek-a-boo through a sky of clouds. The sound of the water moving over the stones was sort of hypnotic. I eased into the river and gazed up and down looking for that rising fish, something I would not see. As I tossed the fly into the current I noticed how it just sat in the film before being swept into it's drift. The hope was there that I would be lucky this day and hook a fish on the first cast, it was not to be. Continuing downstream I noticed how the light was on the water. It appeared to be green to yellow to blue, almost the colors of a brook trout. Mornings seem to produce such variations.

I was now standing in one of those seams where I have encountered brook trout. So I concentrated on my fishing and made the right presentations hoping to coax a trout to take. I was soon rewarded with a spunky and very healthy brookie, one of several today. 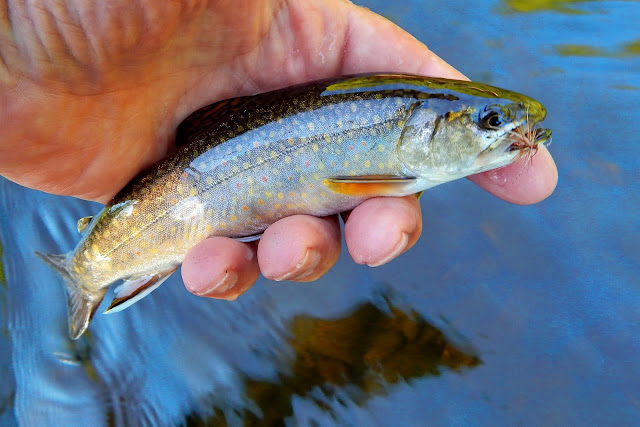 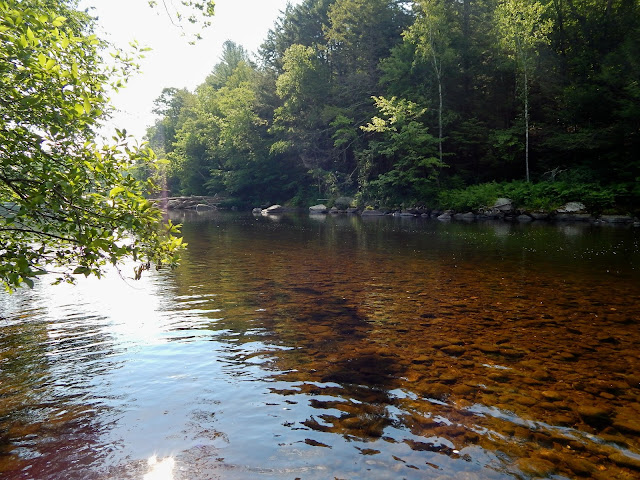 As the morning moved and the sun cast more light on the water I moved to the stream within the river, that area that is in shade. I worked the soft-hackle towards a submerged boulder. As the fly slowed in the current a swirl was detected, a second later a big surface wake and the water exploded with a big fish. He knew his river and began to teach me a lesson. Long story short he did and I had all I could handle. I finally turned him and brought him gently into slower water. 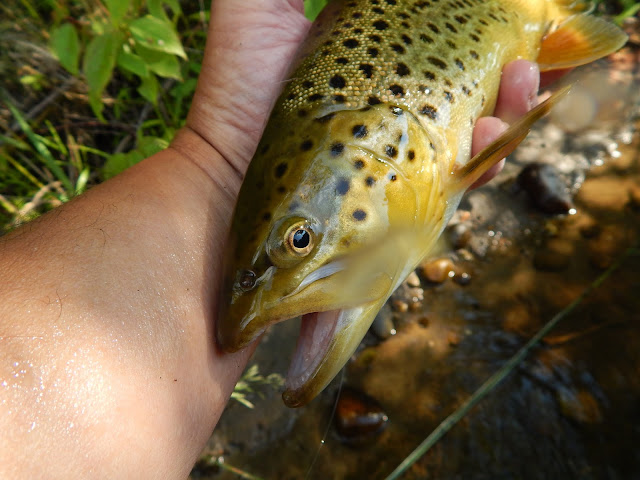 As he lay there I could not believe how breath taking that fish was. I placed my hand into the water and lifted him up...camera focused a photo and a tail move and the brown was hook free and gaining strength. A few moments later and he was gone. 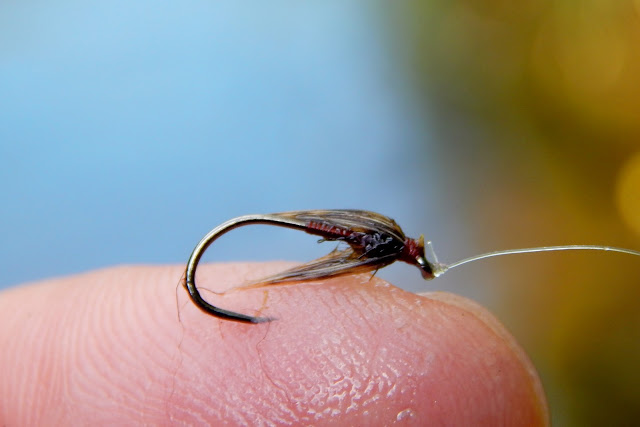 A small fly...and the fish it attracted. 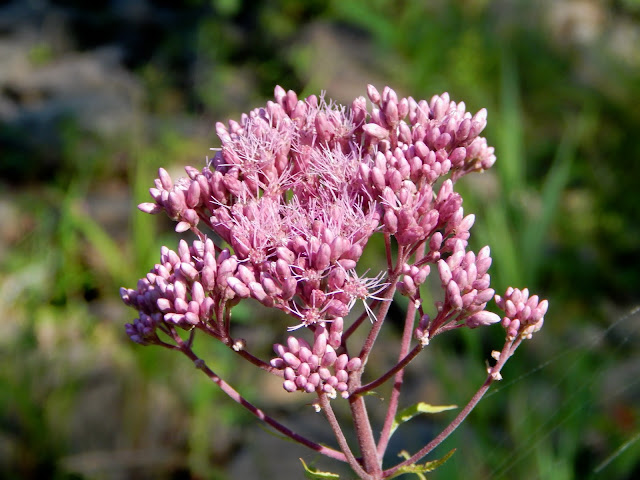 That brown was the last fish of the morning. It was now 10AM and getting hot. I took a few photos of the flora as I walked out. Thinking to myself could there have been a better morning...the answer was no.